Skier triggered soft slab, 12 inches deep, bed surface was the drizzle crust. This was the avalanche mentioned by an earlier observer. I was skiing low-angled south and southwest aspects where pits and tests indicated that the snow was safe on moderate slope angles. A pit dug from a safe zone at the top of the steeper SE aspect of the shoulder showed different snow conditions, it was noticeable while digging that the snow was shearing off layers more easily. The top 12 inches failed on isolation and it was obvious the slope was dangerous. A few turns down I made a skiing error, possibly caught an edge in a crust and then might have snagged an inside brake on the opposite binding or pants cuff, and ended up straightlining down the SE aspect rather than staying on the safe terrain. The slope fractured and avalanched, fortunately the slab broke apart and slid slowly enough that I was able to ski off of it. The error in judgment was not about the avalanche danger, but in giving myself a tight line to ski between a rock outcropping and the avalanche slope, which I didn't need to do, and skiing it fast enough that a mistake was possible.

Sunny, E wind at ridgetops strong enough to plume snow until mid-afternoon, no significant wind below.

Several crusts, slabs, and weak layers below the surface on all aspects. Avalanche pits and sliding down small, steep rollovers on S and SW aspects showed no sign of the storm snow acting like a slab. In the pit on a SE aspect the storm snow failed on isolation on the drizzle crust. 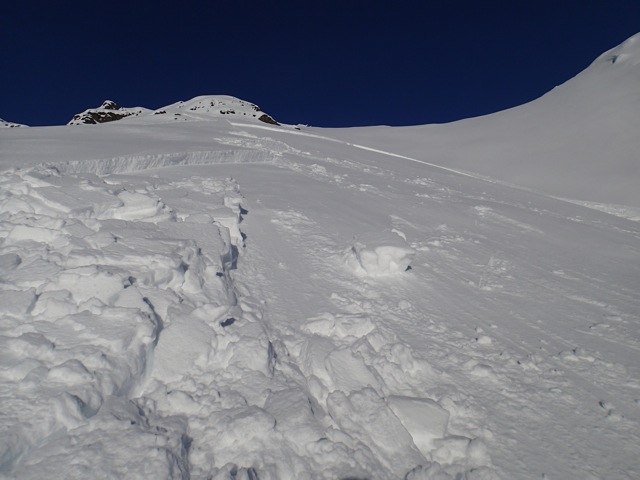 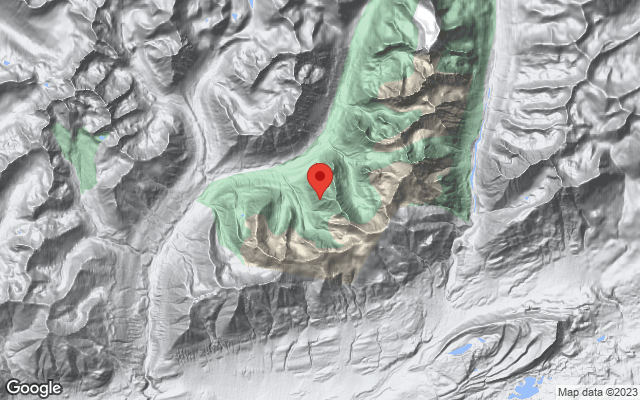