A pit on the Lipps shoulder, westerly aspect at 3300′, showed a reactive and propagating layer of
buried surface hoar. This layer is thought to be the same layer that has
been causing a number of human triggered avalanches during the past 2 weeks.

Also, we saw a few slab avalanches on the south side of Corn Biscuit. These are
thought to have been triggered April 6th or 7th by the sun warming April 5th’s 4-6″
of snow. The crown in the slab below the rocks is deeper where winds April 5th likely loaded that area. 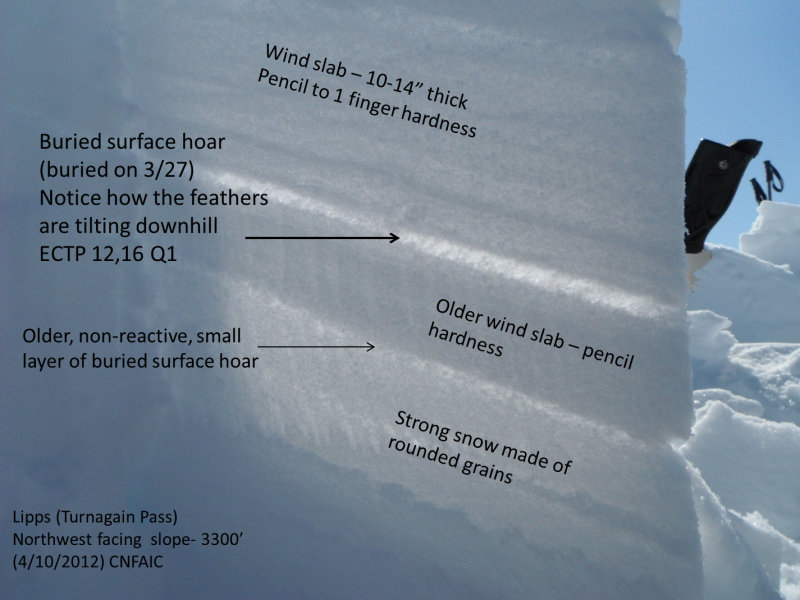 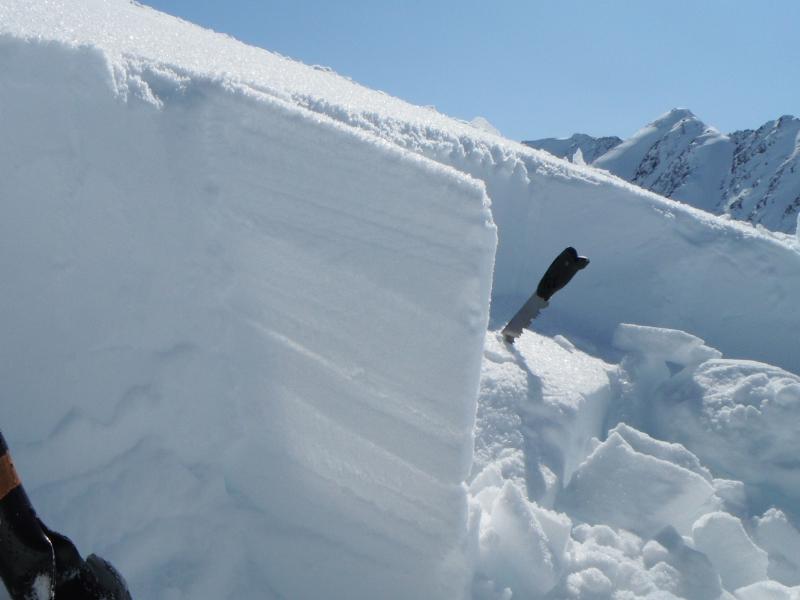 Pit on a west facing aspect at 3300' harboring dry snow 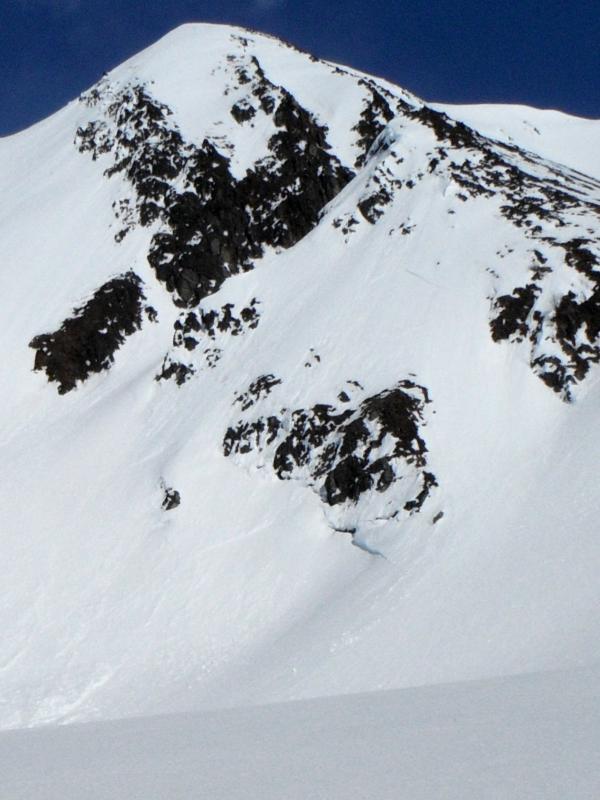 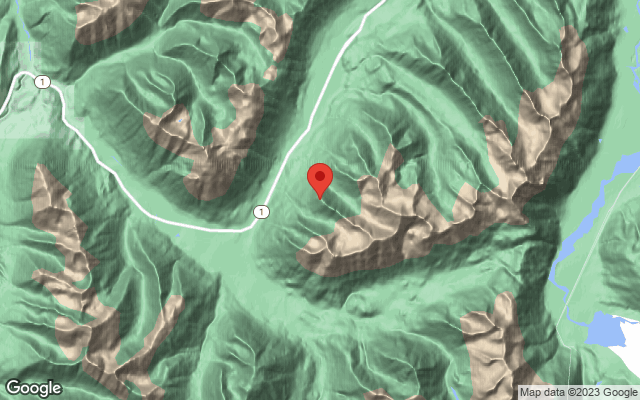