Toured up the lower face of Lipps to treeline and then up Spokane Creek.

Active wind loading along ridgetops. Winds were light to moderate in the valley bottom, but we observed pluming on the upper ridgelines.

Warm and windy day with clear skies and no precipitation. Winds were light to moderate in the valley bottom but were blowing hard enough to transport snow at higher elevations.

Variable rain crust. From 800 to 1200' there was a thin (< 0.5 cm) breakable crust over about 6" of soft snow. The combination of breakable crust and partially buried alder made for some very cautious skiing conditions. Above 1200' the melt/rain crust was mostly supportable ( 0.5 to 2 cm thick) and the skiing was much easier. In a few areas the crust was very firm and slick which made skinning difficult. Otherwise the conditions were passable but we kept the terrain very mellow because of the challenging skiing conditions.

We dug a pit at 2000' and found the faceted layer buried only 50 cm deep, which is much shallower than what we have seen in other areas of Turnagain Pass. At 3400' we dug another pit and found a mostly homogeneous and strong snowpack with a few melt freeze crusts but no notable weak layers. 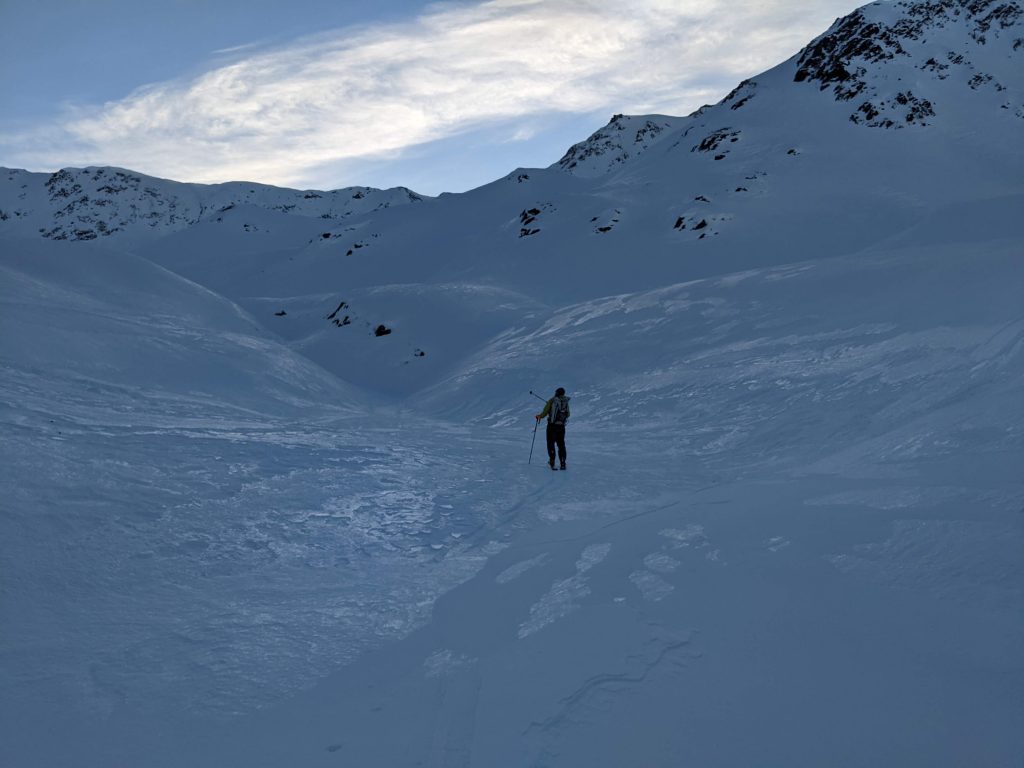 The snow surface was very shiny today. Rain/melt crusts on all aspects and elevations. 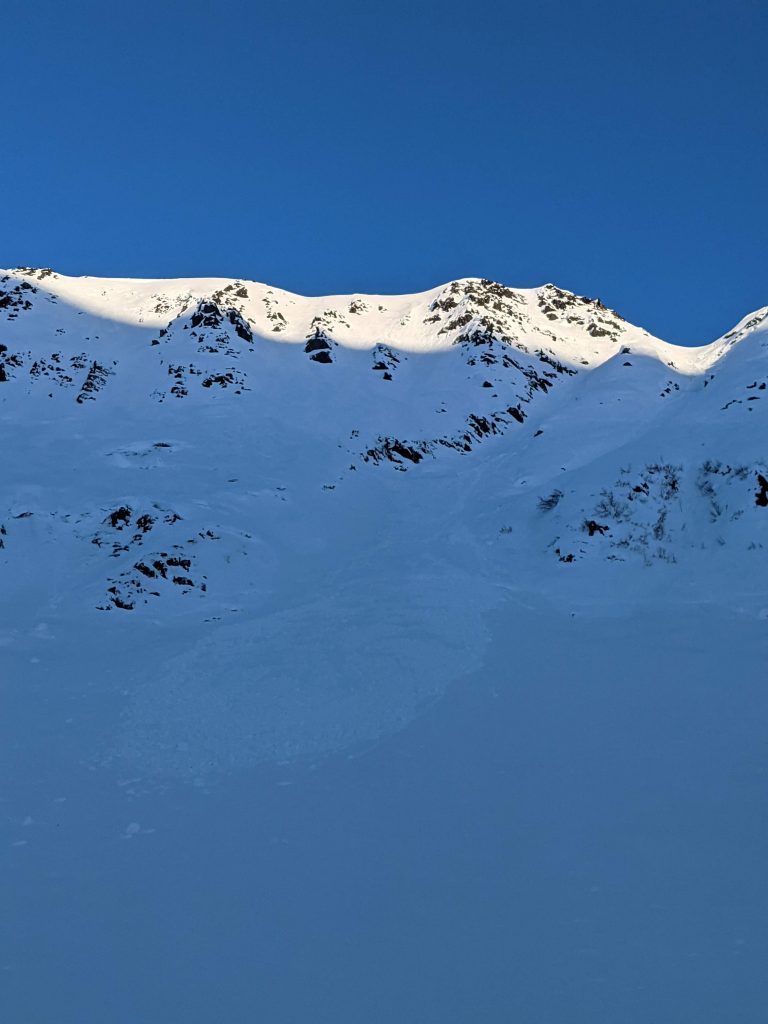 We saw some evidence of wet avalanche activity from the warm temps and rain the past few days. Most of the activity was just roller balls from steep terrain but we also saw this small debris pile that likely came from a wet loose avalanche. 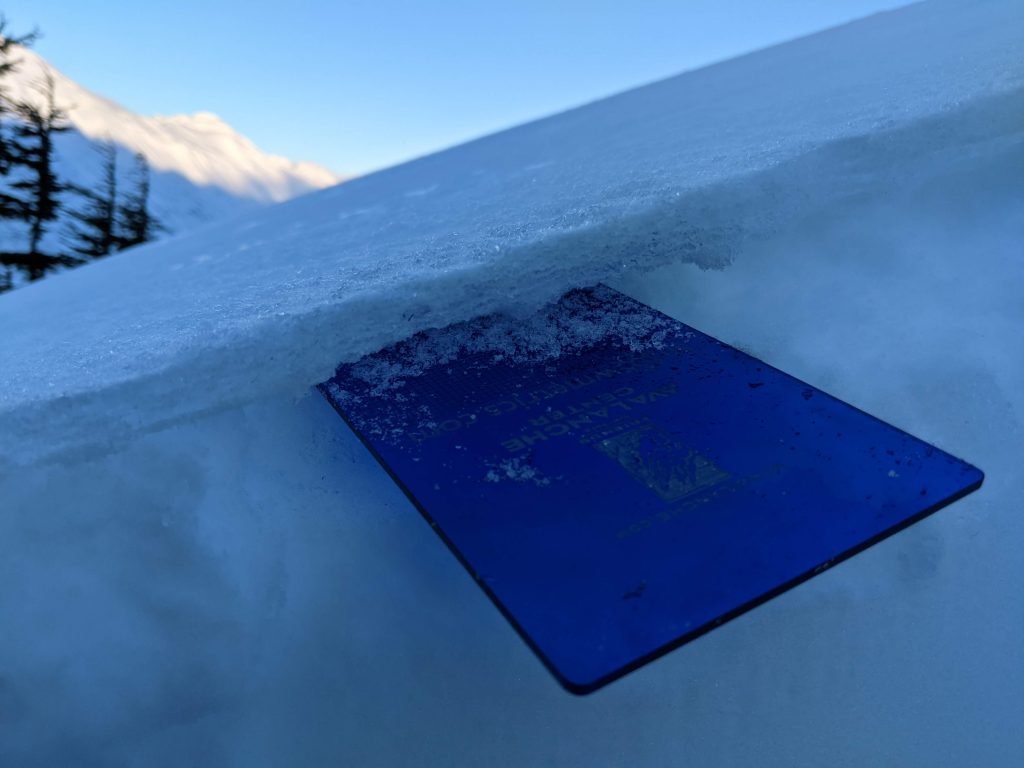 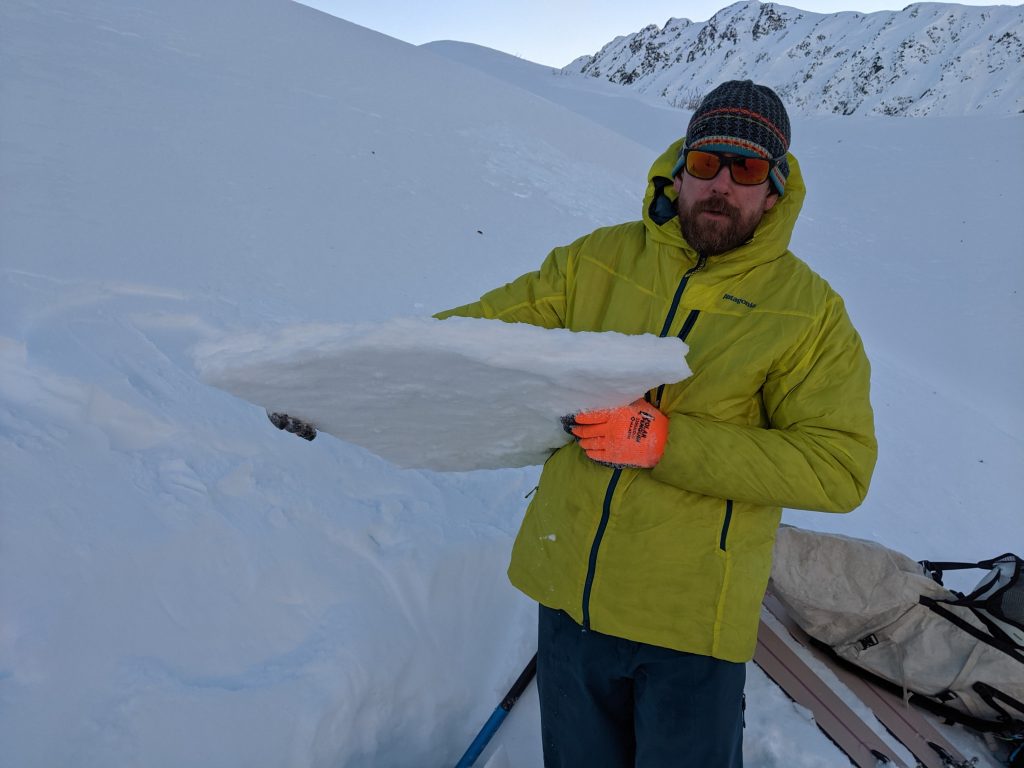 In other areas there were multiple layers of melt freeze crusts that penetrated deeper into the snowpack. 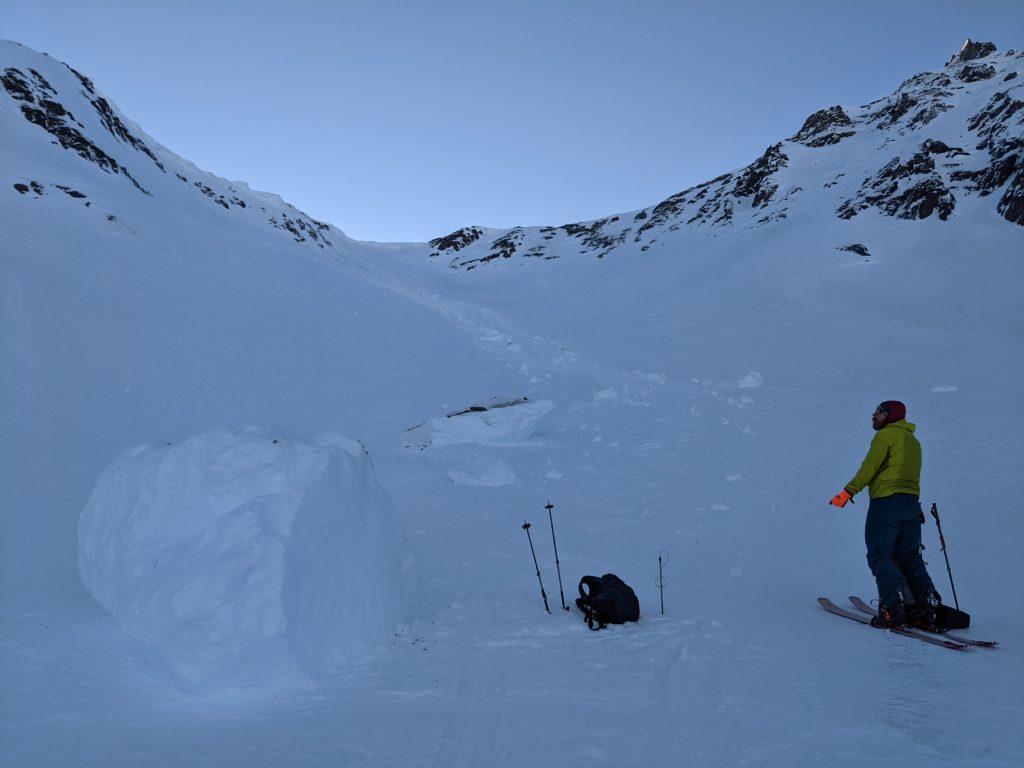 Large block from a recent cornice collapse. This cornice did not appear to trigger any other avalanches on the slope. 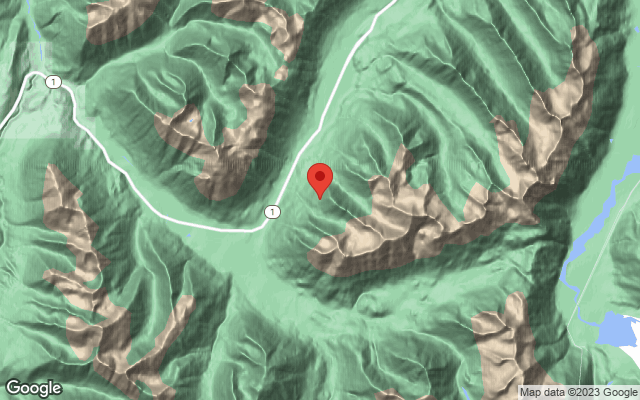