Suspected glide cracks present on SW aspect of Cornbiscuit; see photos below! Visibility wasn't perfect, so add a forecaster note if any of these seem to have another explanation... but they all looked glide-like to me!
Glides in 12/24 Magnum observation (located in the Lynx Creek drainage) appeared the same today as 12/24.

35f at the road at start/finish; temps in the 20's up high
Overcast skies with occasional very light snowfall
Occasional light variable winds below 2500
NE to East light winds above 2500

General structure as reported earlier in this week was present on Lipps SW aspect, with a right side up structure over a melt freeze crust sandwich. See pit results below. 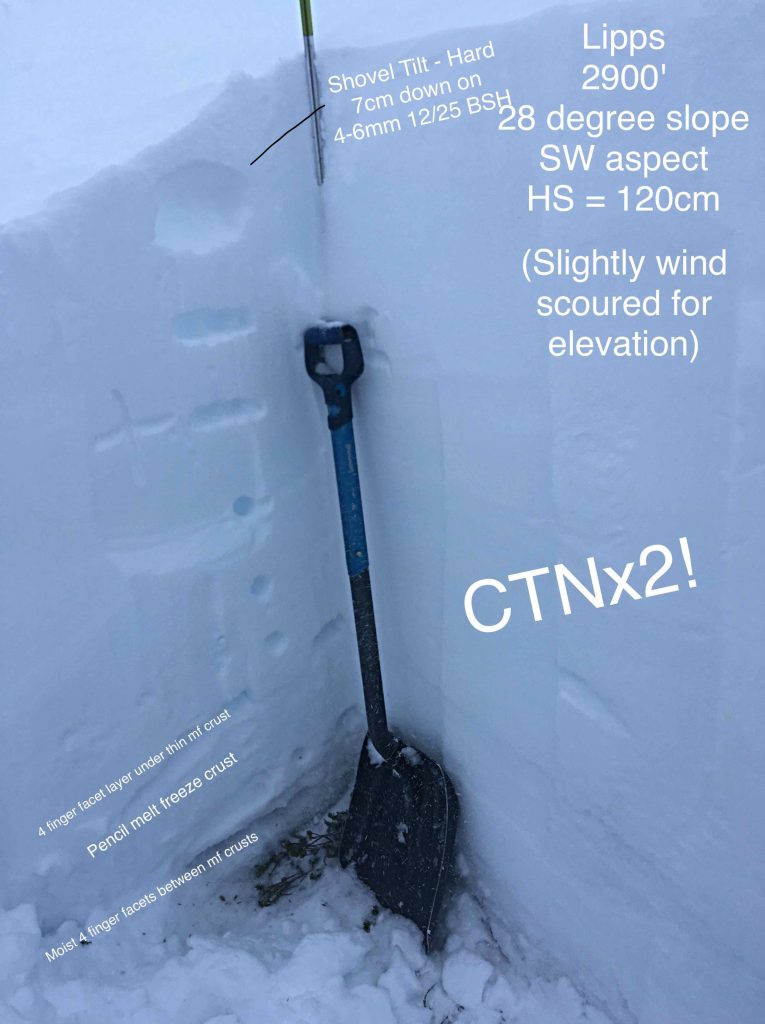 Pit results and snow structure at 2900' 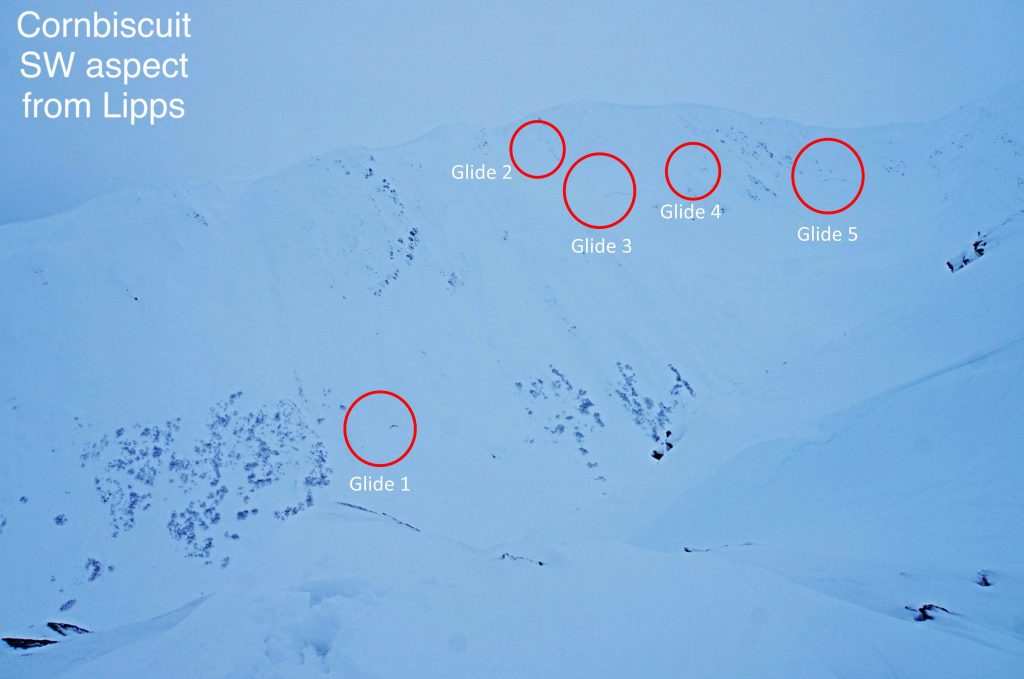 Glide cracks observed on SW aspect of Cornbiscuit; visibility wasn't perfect but these all looked suspicious. See below for close up photos! 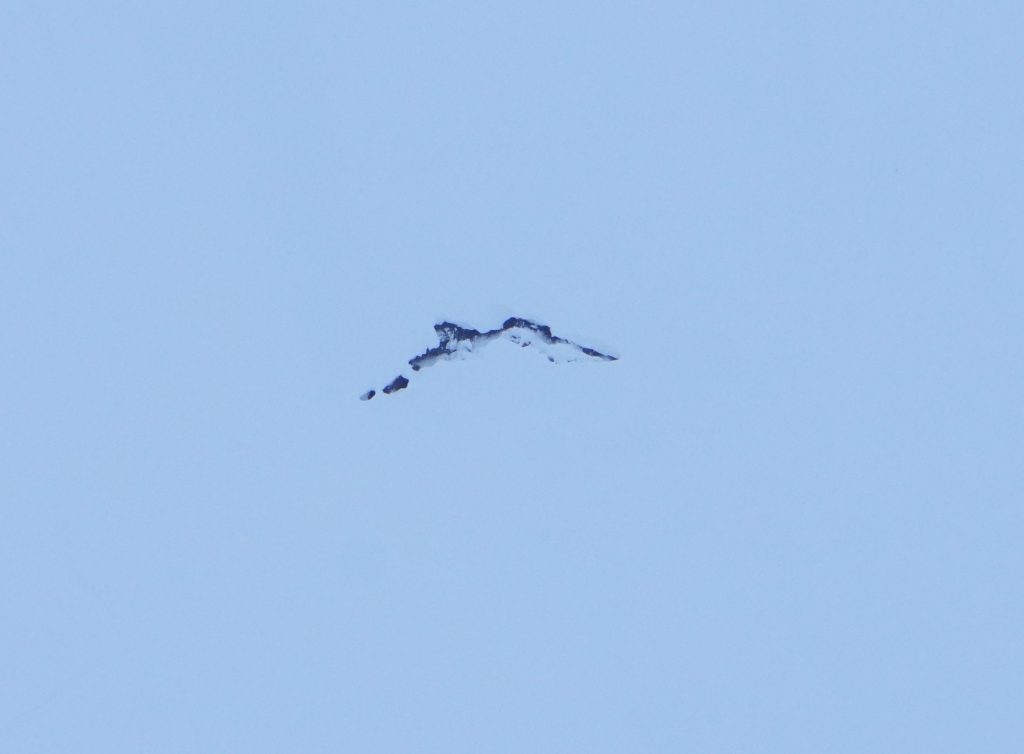 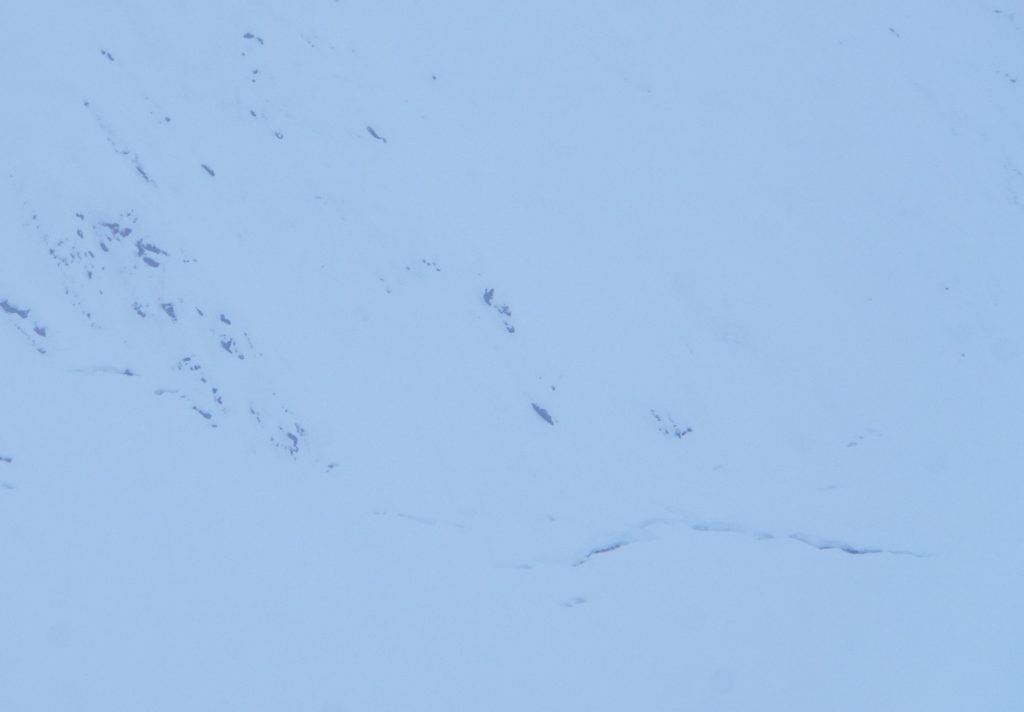 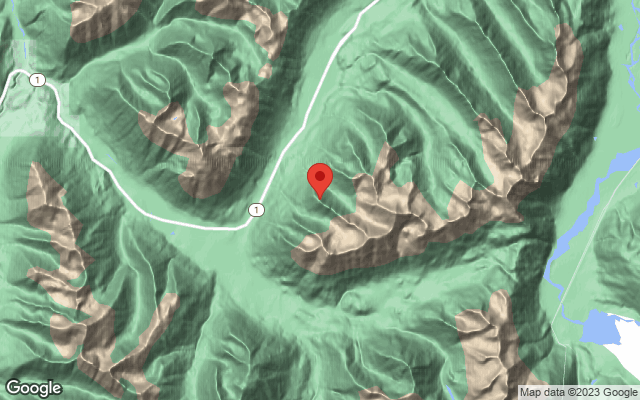