Weather:
Cold temps, in the teens @ 3,000′.
Winds light to moderate out of the north, with local variations on direction in
complex terrain
Clear skies, no precip
Observed plumes coming off of higher peaks (see photo)

Surface Obs
2-6″ light density snow sits on firm surfaces (crust) on West and South aspects.
Between this surface snow and the crust is a thin layer of faceted snow.

Concerns
Wind slab:
Newly formed sensitive wind slabs are sitting on weak snow above a crust in
leeward starting zones. These slabs are 1 foot max in depth in this part of
Turnagain Pass. They will continue to be sensitive and could build a little bit
deeper if winds pick up in the next 24 hours. Snow available for transport is
diminishing but still exists in many areas.

Loose snow avalanches (human triggered):
These are generally low in volume and are triggerable on slopes at least 40
degrees in steepness. They ran slowly but far on this side of Lipps, the
farthest one running 300′ vertical (see photo). They are a less a concern for
snowmachines due to their low volume. They are of greater concern in exposed
terrain or above terrain traps. Just barely enough volume to push a skier
around, and certainly will increase to enough volume to knock a skier over on
larger steeper terrain.

The clear and cold weather of the last several days has helped to weaken this
surface snow as well as the interface between the slab (where it exists) and the
crust. Because of this, sluffs are able to pick up speed and mass more easily
than in the past few days. 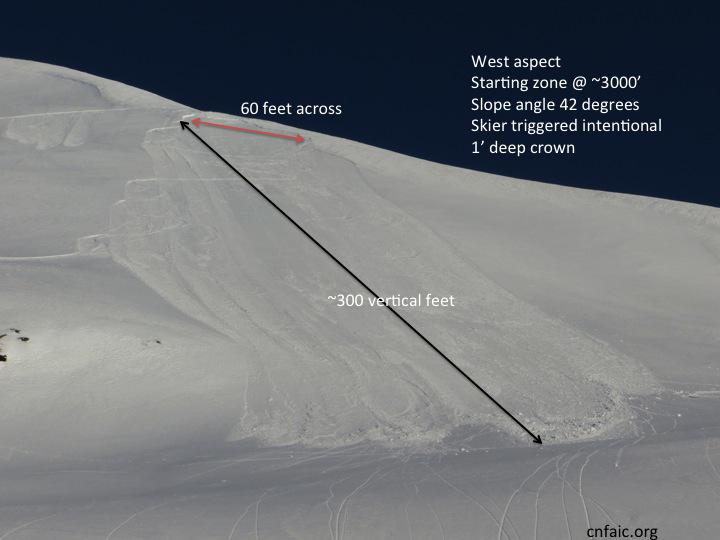 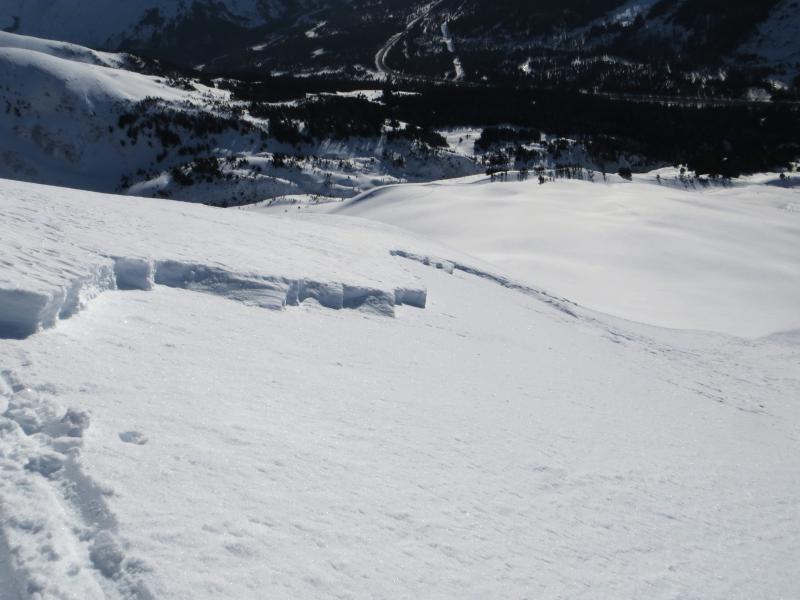 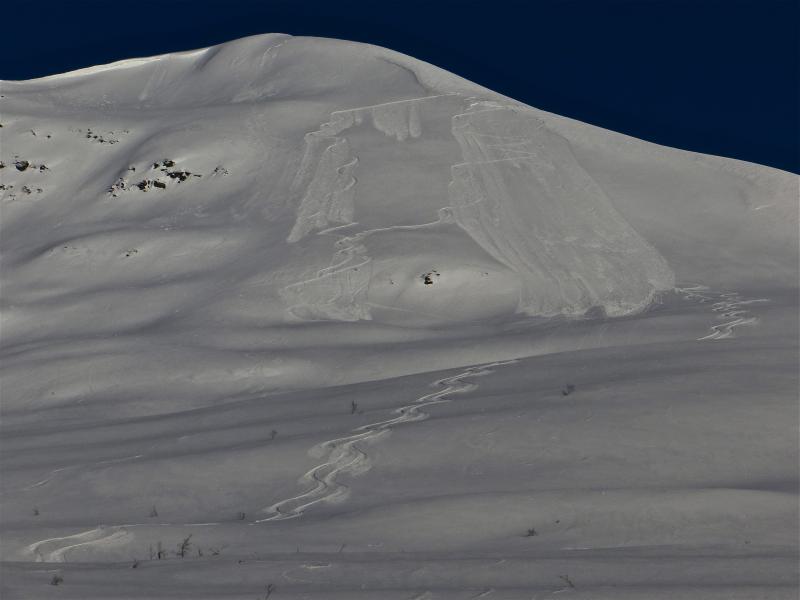 Wind slab that released is on the right, with skier triggered sluffs evident on the left 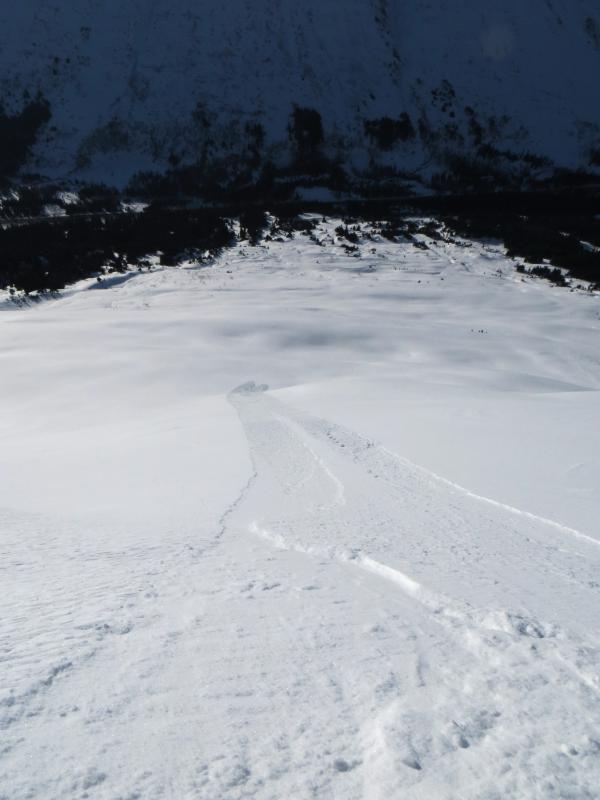 Looking down a sluff track. Initiated this sluff on a 40 degree rollover and it ran ~300 feet 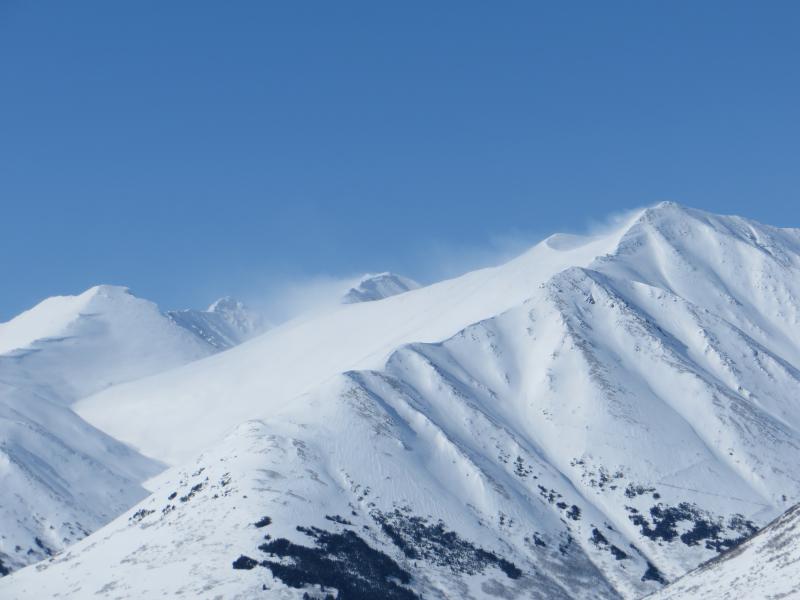 We observed plumes coming off some peaks in the region. North winds were moving light density snow around and helping to form new wind slabs on leeward slopes.