Skied a few runs on Lipps south facing today, down from the second prominent
peak along the ridge. There was some significant sluffing in a steep, narrow
gully through a rocky section that was most likely cross loaded. Other lines
not quite as steep and gully-like showed no signs of instability – even sluffing.

The 2012 snow at Lipps today was amazing. Smooth, fast, settled, and
wind-buffed powder.

Surface hoar noted below brush line. Seemed small in the trees lower on Lipps
with larger crystals in the alders where the climbing starts. Above, winds
seemed to have removed it from the upper elevations.

Noted two very large glide cracks on the south face of Cornbiscuit, both
surrounded by tracks. There were also a couple smaller, less obvious, and
somewhat snowed over glide cracks on Lipps – south and southwest facing.

Although outside of the advisory area, skied south face of Ptarmigan in
Anchorage on Sunday. Found generally stable conditions and good powder,
although the winds were raging on the ridge tops and very large plumes were
noted as far as the eye could see down south and west in the directions of
Girdwood and Hope. Shallow surface wind-slabiness seemed to be developing by
the end of the day and looking over the Ptarmigan ridge, the North facing
S-Couloir appeared to be getting hammered. 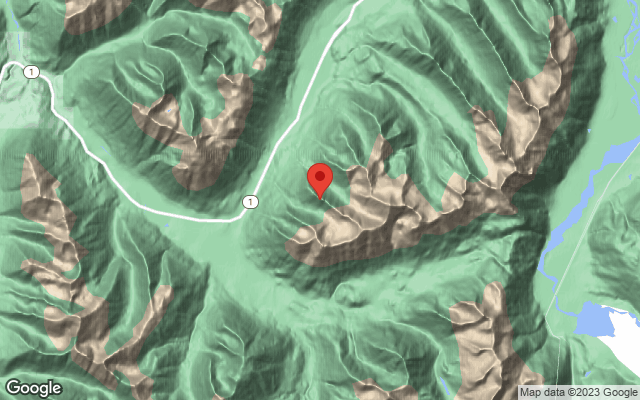