Avalanche incident – just outside of Chugach State Park in the Hunter Creek area near the Knik River drainage.

An avalanche was triggered by three sheep hunters traversing along a ridge above Hunter Creek. It was reported that the hunter in the lead triggered the slide. All three hunters were caught and carried approximately 1,000-1,500′ down the slope. One hunter was buried head first, head approximately 2’ deep, with only a boot above the snow. One hunter was carried over a 10-15ft ledge, coming to rest on the debris. The other hunter also came to rest on the debris. The two unburied hunters were able to dig out the buried hunter. Using an InReach devise, the hunters were able to call for help just after 9pm. Two of the hunters were reported to have sustained non-life threatening injuries. The group was not reported to have been carrying any avalanche rescue gear.

Little information on the avalanche details exists at this time. However, it was also reported that there had been a lot of new snow over previous days and winds were gusting up to 50mph. 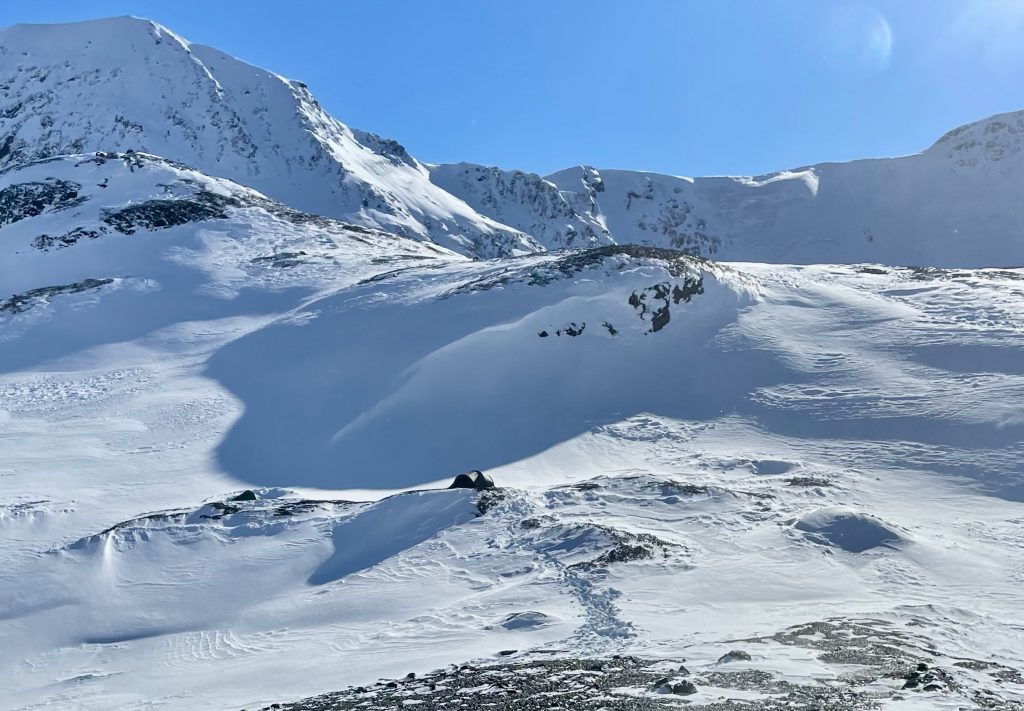 Wide angle view of area with avalanche in the background. Photo, taken the following day 10.7.21, courtesy of the Alaska Army National Guard 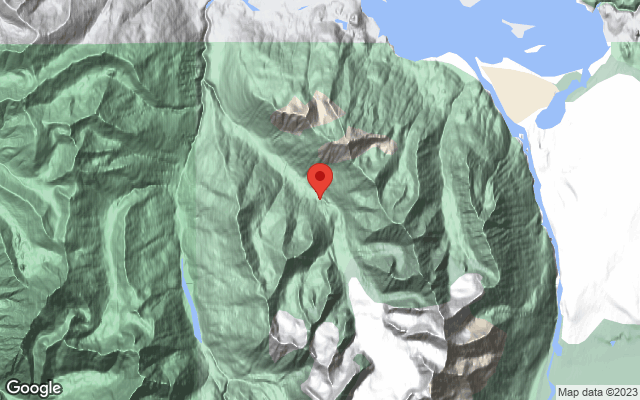