We noticed a large glide crack on the south face of Berg Peak.
We saw lots of old rollerballs and wet loose debris on low elevation terrain. They were present on non solar aspects so they likely happened during the warmup on 3/11.
We also saw wet loose debris on solar aspects in the high elevation terrain.
Lastly, we noted very large cornices on ridgelines and a couple spots of fallen cornice chunks the size of a small car.

It was quite cold in the alpine with the sustained winds so photo-taking of the debris + cornices was limited.

Skies started out clear in the AM, but then orographic clouds started building by around 1pm and then the sky was partly cloudy once we were back at the trailhead by 3pm.
Once we got into the alpine we encountered moderate southeasterly wind that was transporting the snow at the surface. Flagging on ridgetops.

below 1200': Surface hoar and near surface facets sitting on a ski supportable crust. Surface hoar was generally 2-3mm but as large as 5mm in some clearings. Dust on crust conditions.
Above 1200': the crust disappeared quite quickly. The surface hoar was present at all aspects up to our high point, except in a few areas that had been heavily impacted by wind. Throughout most of our tour in the alpine, we were able to watch the surface hoar crystals drift along the snow surface. 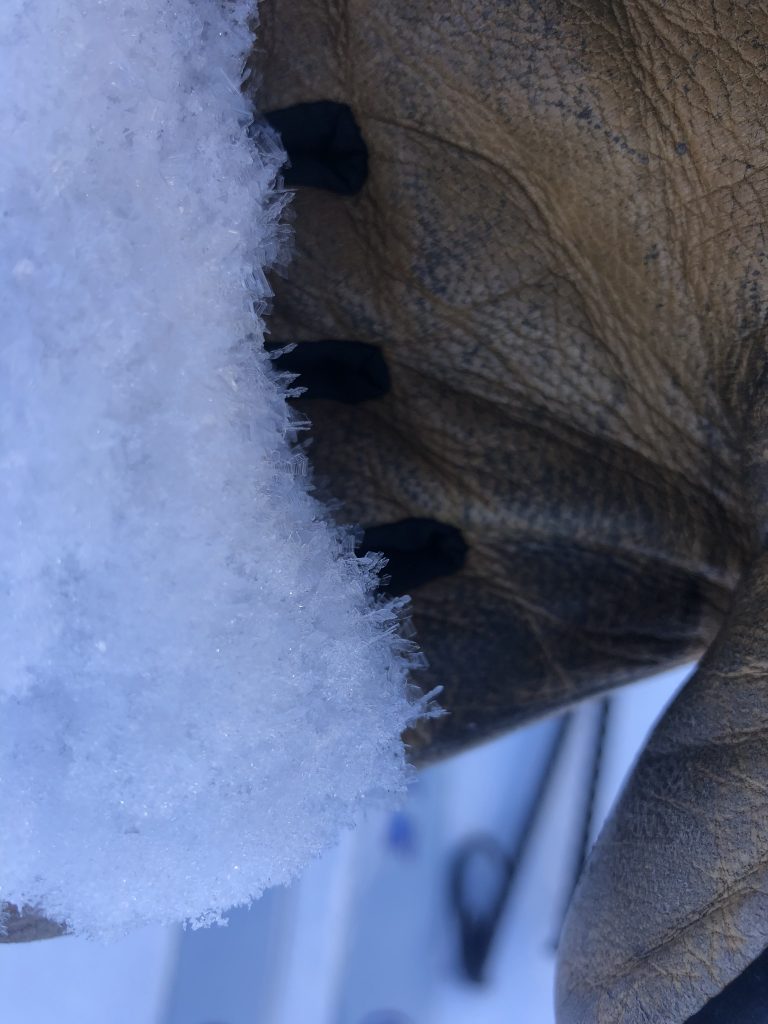 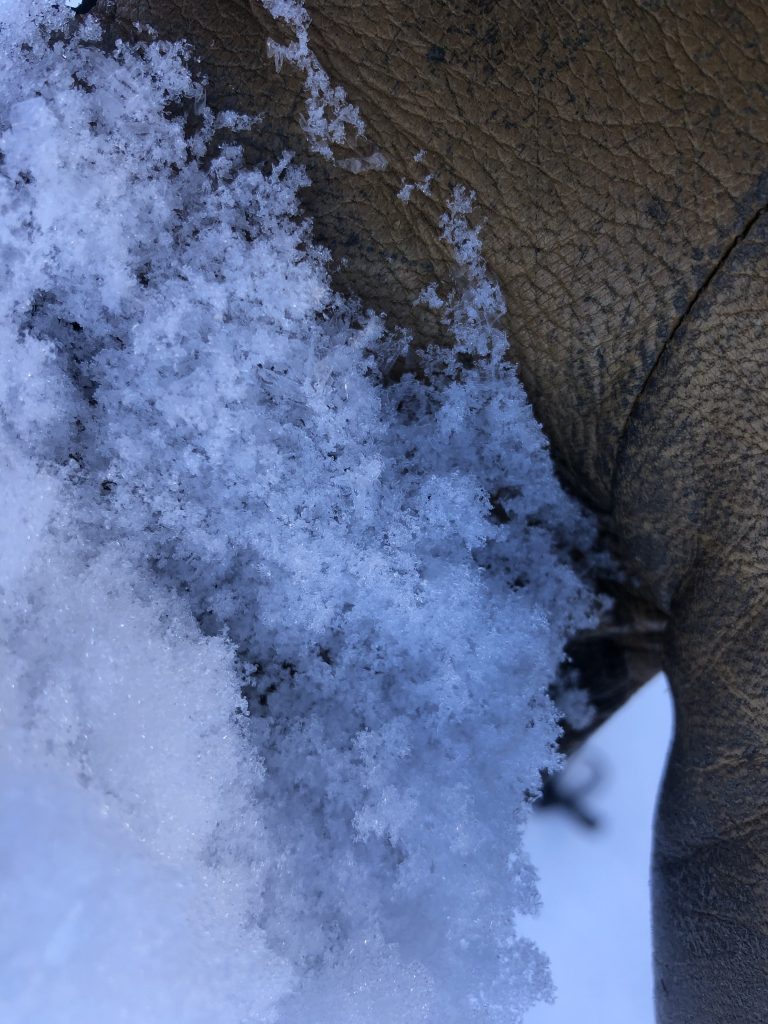 Near surface facets above a crust @800' 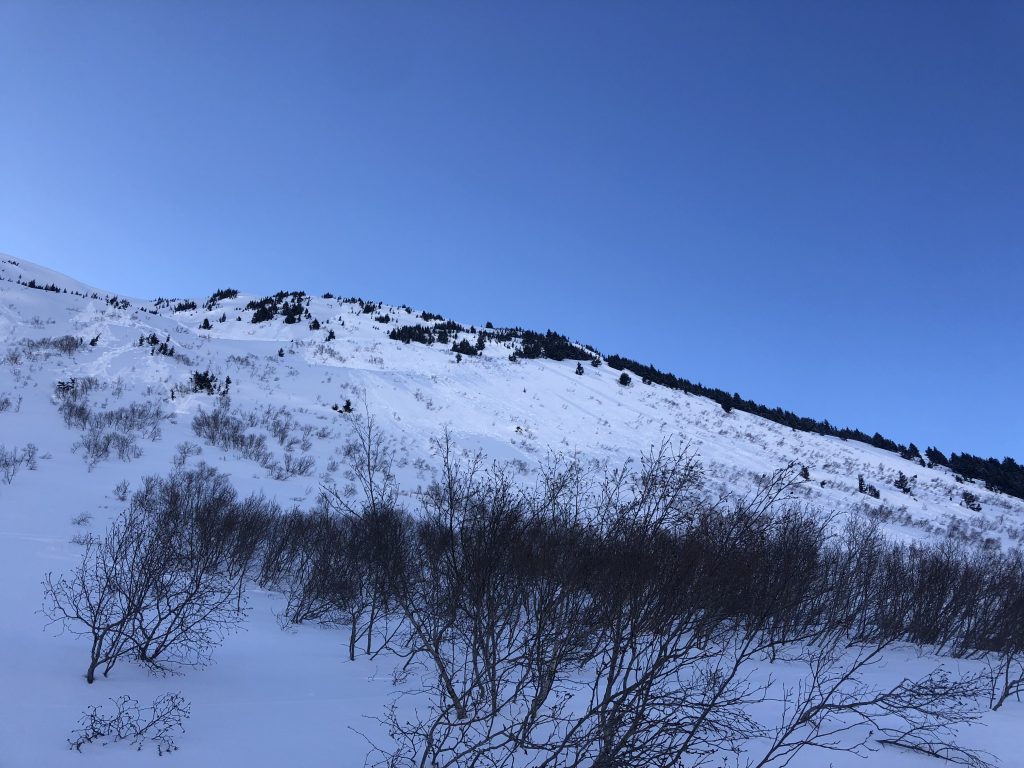 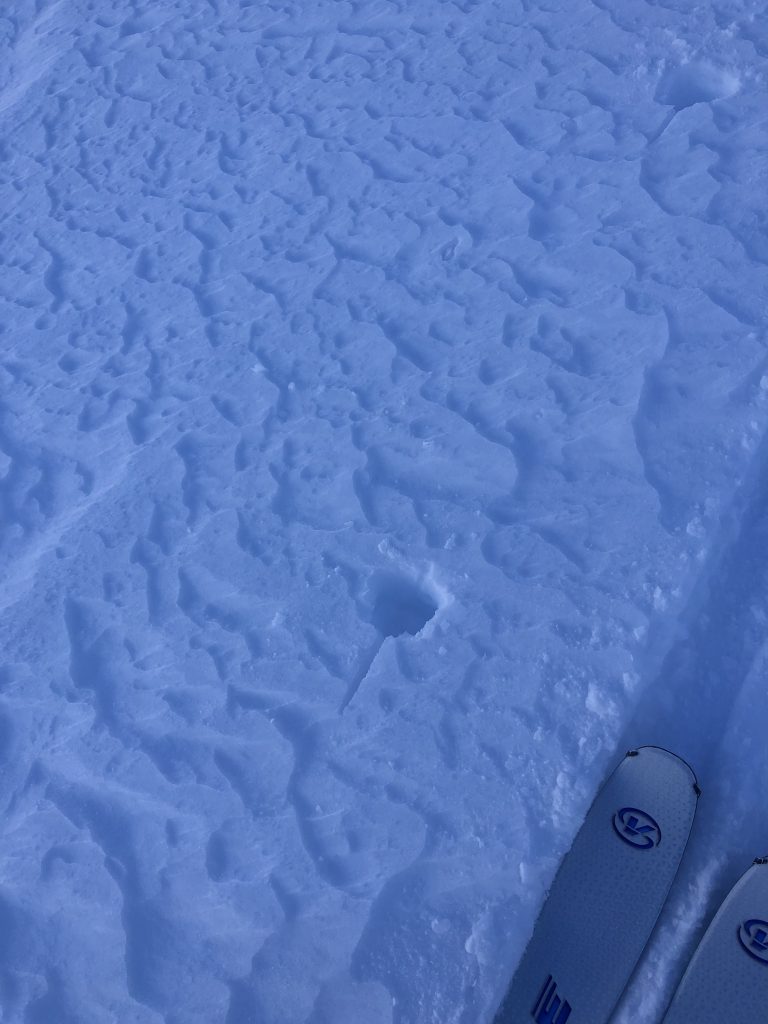 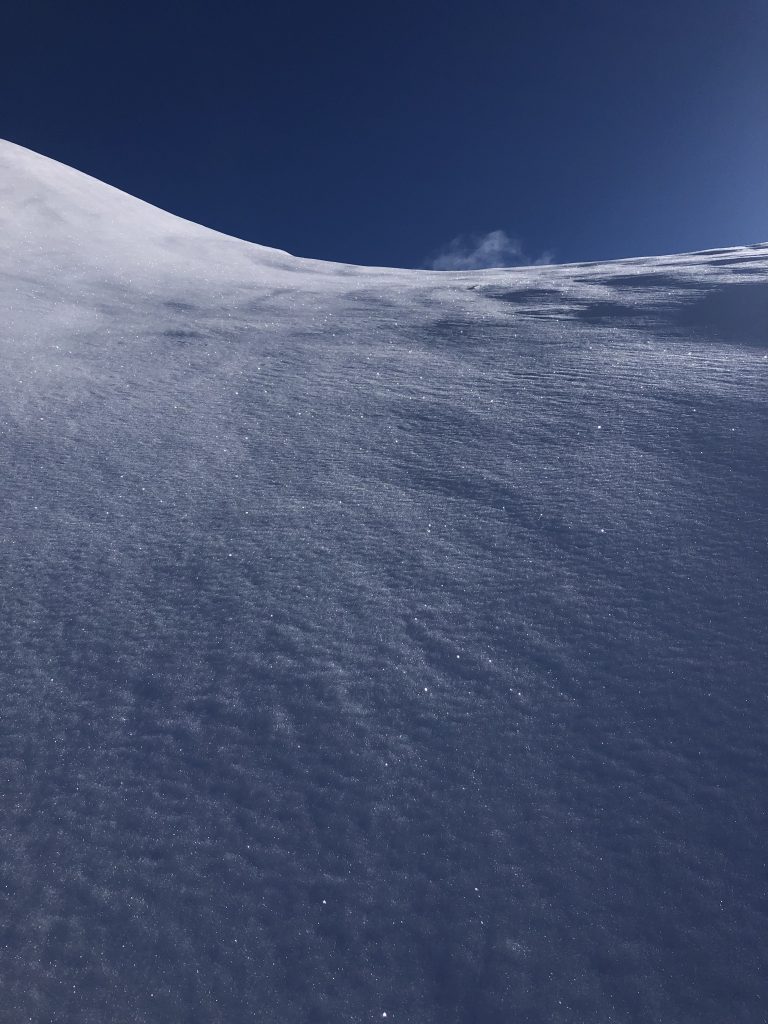 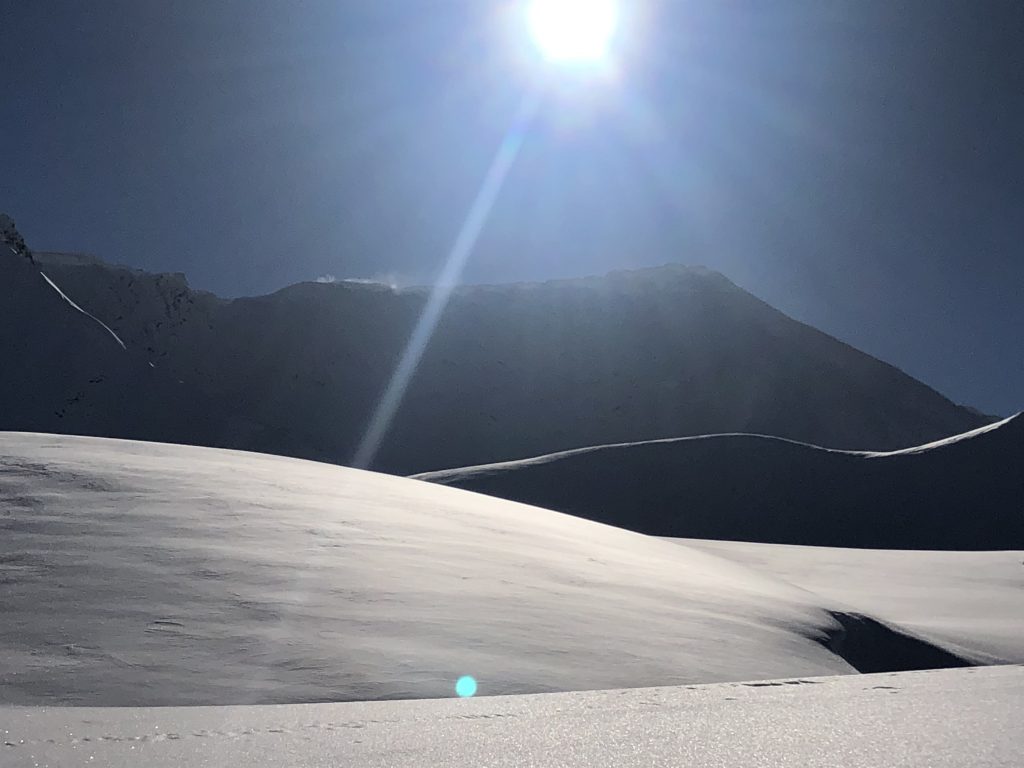 We first noted flagging off ridgetops around 12:30pm. 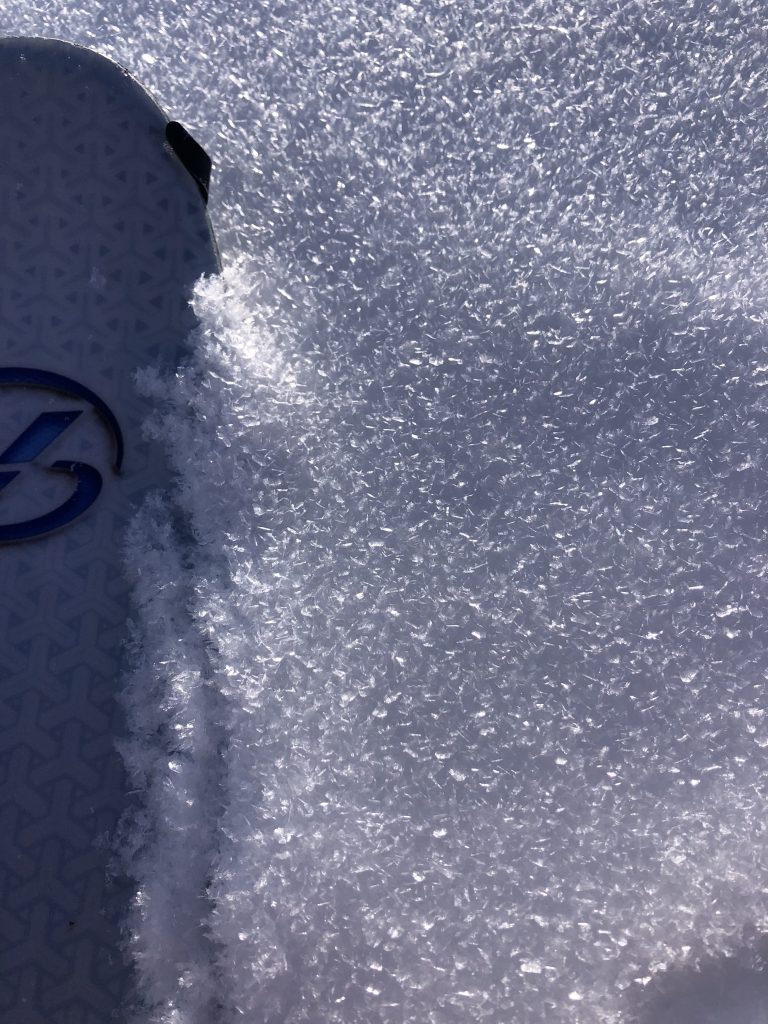 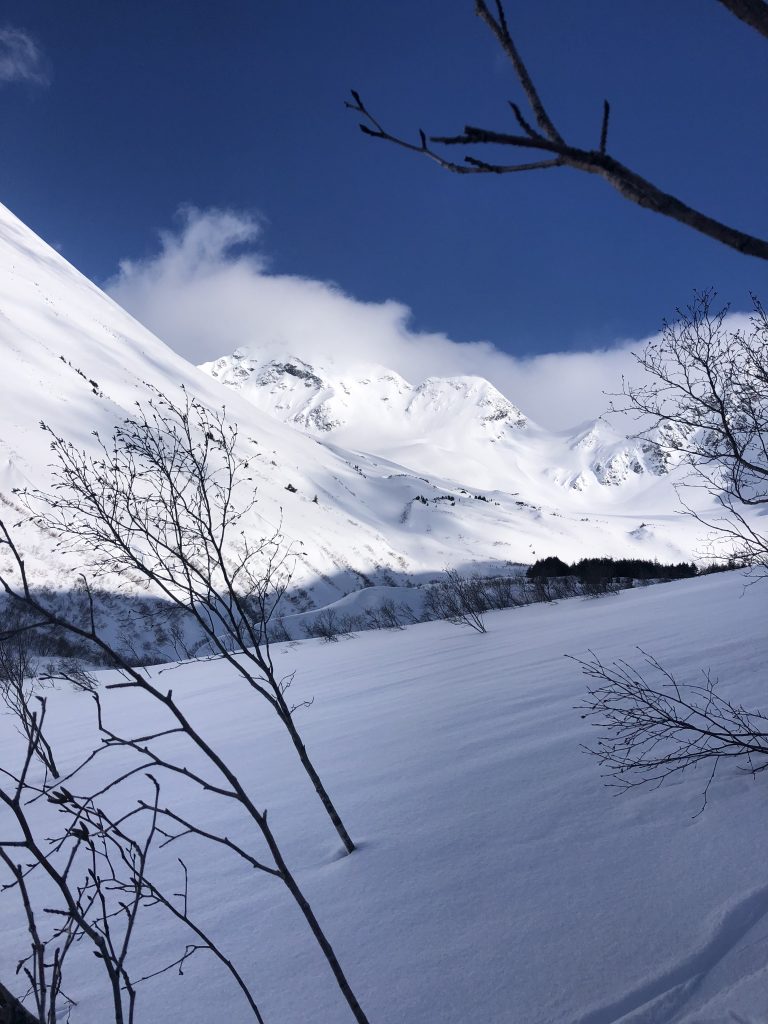 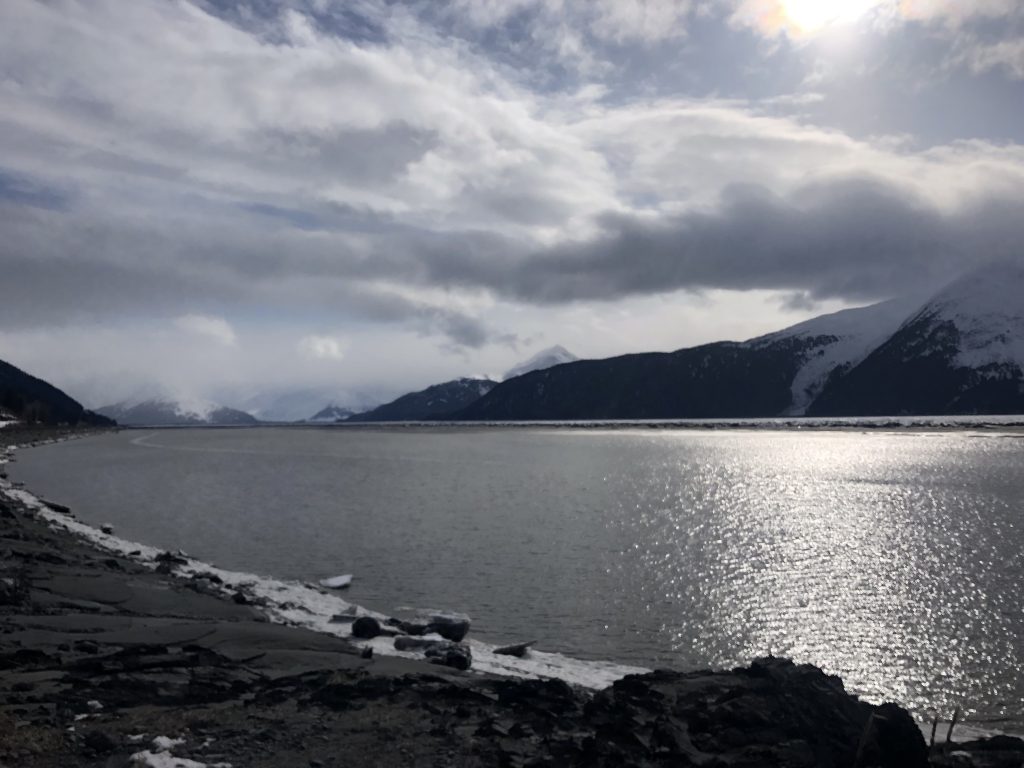 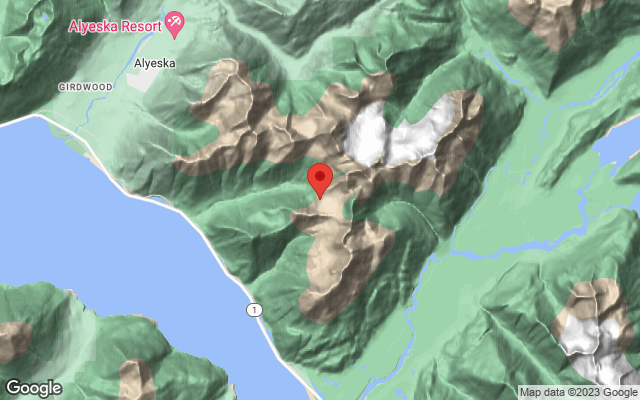