Juniors thin wind slab. Two runs, thin slab releases both runs. We rode 3 runs in Main Bowl (Widow Maker) before this and no slabs released there, just watching for point release (sluff) and no issues. Went over to Juniors and light was flat on first run of two runs, both lookers left of the main gully (See photos). At the top I was paying attention for sluff and recognized that wasn't going to be a concern after a couple turns, so pretty much let my guard down and focused down hill. I got surprised and was moving with the snow before I could turn out, I am familiar with the terrain and wasn't to concerned about it being a life/death situation...while entrained I was actually thinking I can't believe I just got sluffed down Juniors. I did deploy the air bag (jet force style) and while being flushed ?600 feet?, stayed on my butt while edging my board in a bit and snow was flowing over the top of me as well as me moving with it. I consider it a good practice avalanche. I learned that my air bag struggled to deploy while I slid in a squat position back to the slope and the weight of snow running over the top. I am left wondering if a compressed air canister style air bag would have completely deployed when pulled? Eventually it fully inflated. Another person riding the alders lookers right of the gully said he was sluffed (maybe it was a small slab?) off his feet and tried to deploy his jet force style bag but it didn't go off. I do practice setting mine off at the end of a cold day 1-2 twice a season...or accidently when hiking a steep line. Happy mine deployed, but I don't think it's the level of insurance I once did, if your deploying it while already covered by some snow weight I'm not sure it's going to do much unless you rise to the surface allowing it to inflate.

No issues, rode another run after. 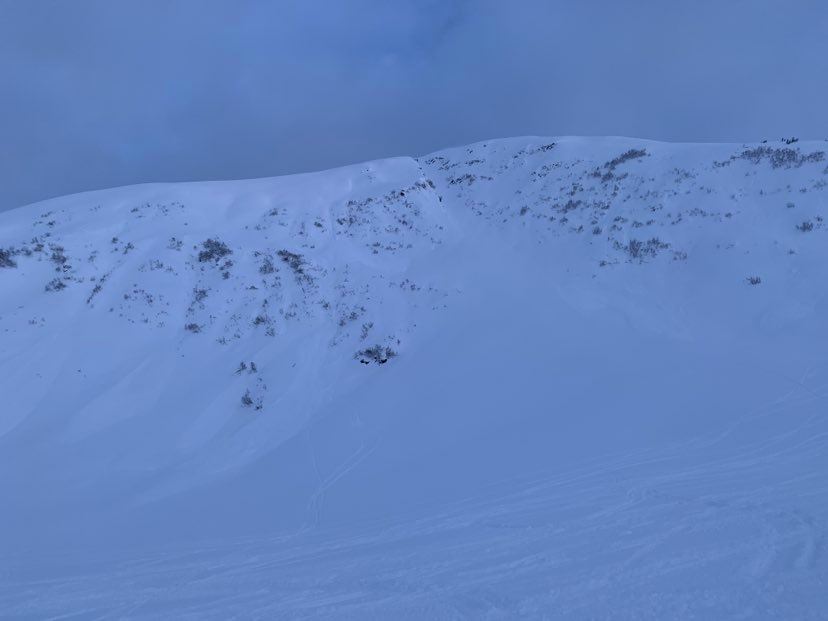