Rode the winter trail route up to Johnson Pass (from the north Johnson Pass trailhead) to Bench Lake then up along the alder slopes to the east. Trail is in fairly good condition, yet it’s still pretty thin snow cover overall (5′ snow depth at 2,000′).

Winds picked up and began to move snow and start filling in our tracks in the Bench Lake area around 2pm.

No signs of recent avalanches.

Cloudy skies with light snowfall.
Winds were easterly 5-10mph in exposed areas in the valley. Could see stronger east winds and snow transport along the peaks pick up in the afternoon.
Temps right around 30F.

The winds during this early season (and I'm guessing especially on the 12/23 storm) really stripped a lot of snow off the ridgelines. It looks pretty bare in a lot of areas (see photos). In short, wind loading in the higher terrain was definitely occurring and kept us in the low angle slopes at the mid-elevations.

We dug one pit at 2,000', W aspect, 15 degree slope. Snow depth 160cm (~5')
ECTP 26 and 27 on precipitation particles (stellars) down 50cm. No other results.
This is believed to be the layer of stellars under the new snow from last Tuesday's 2' of snowfall in this area (12/23).
The Dec 1 crust was 75cm down and showed no signed of weakness. This crust was around 3" thick and decomposing significantly.
We could feel 3-4" of weak snow at the base of the pack while probing, but did not dig to the ground.

We have two days of information now in the Johnson Pass zone and both days proved to have a similar structure to Turnagain, albeit a shallower snowpack. 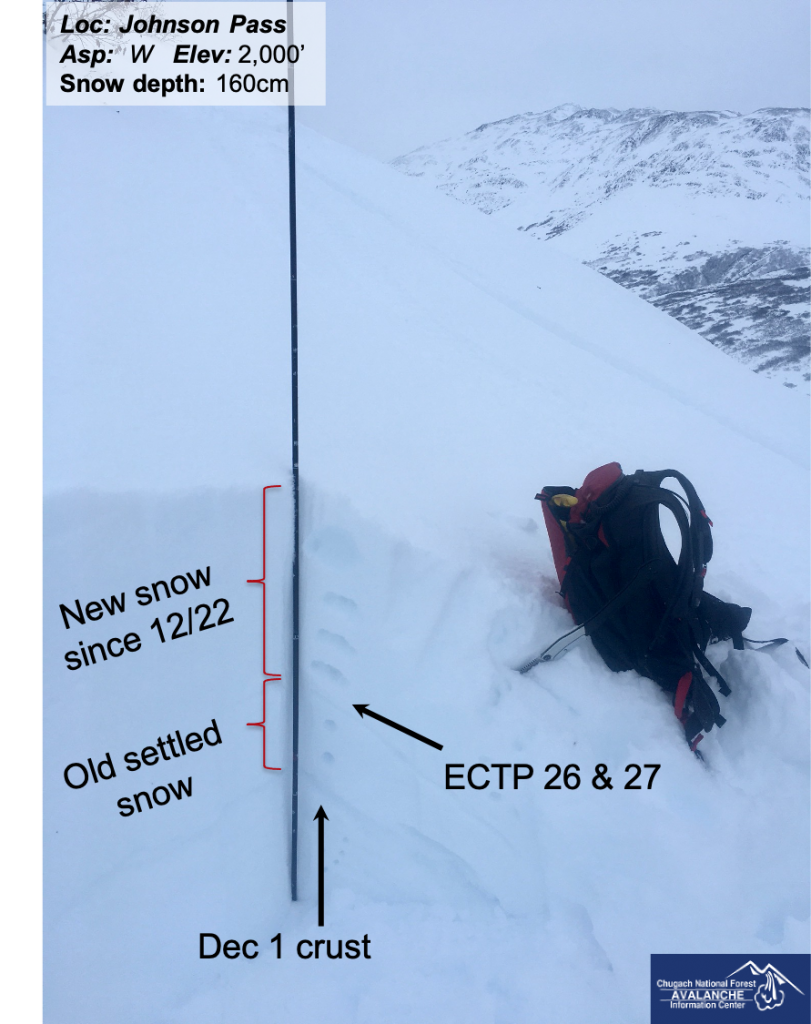 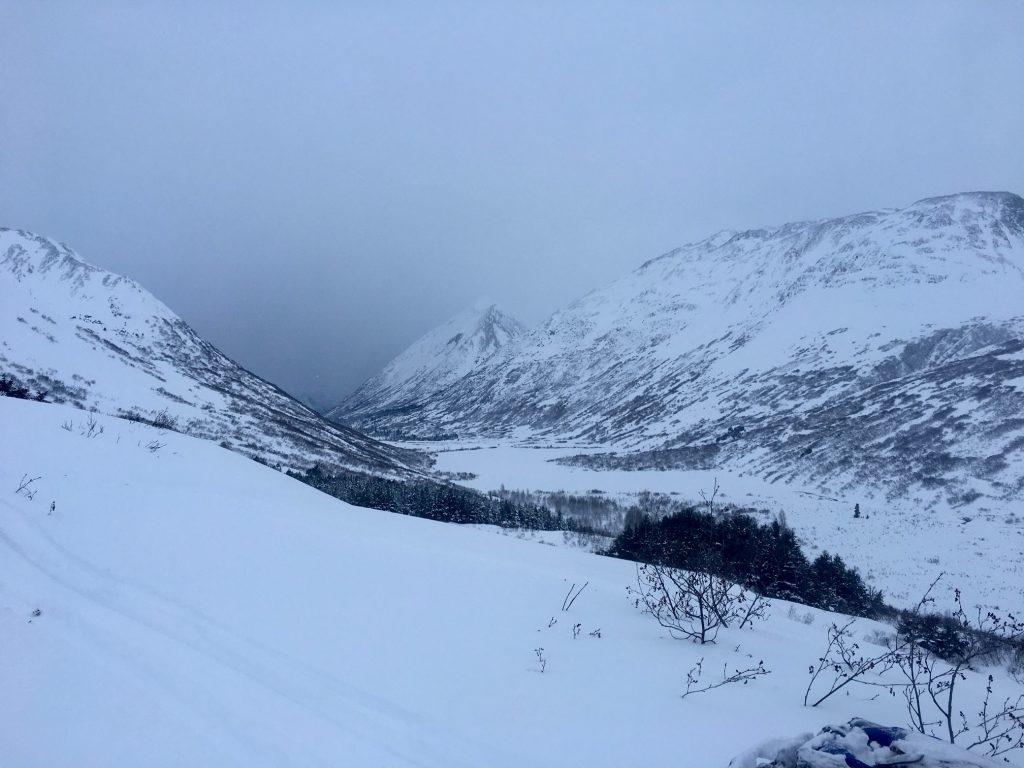 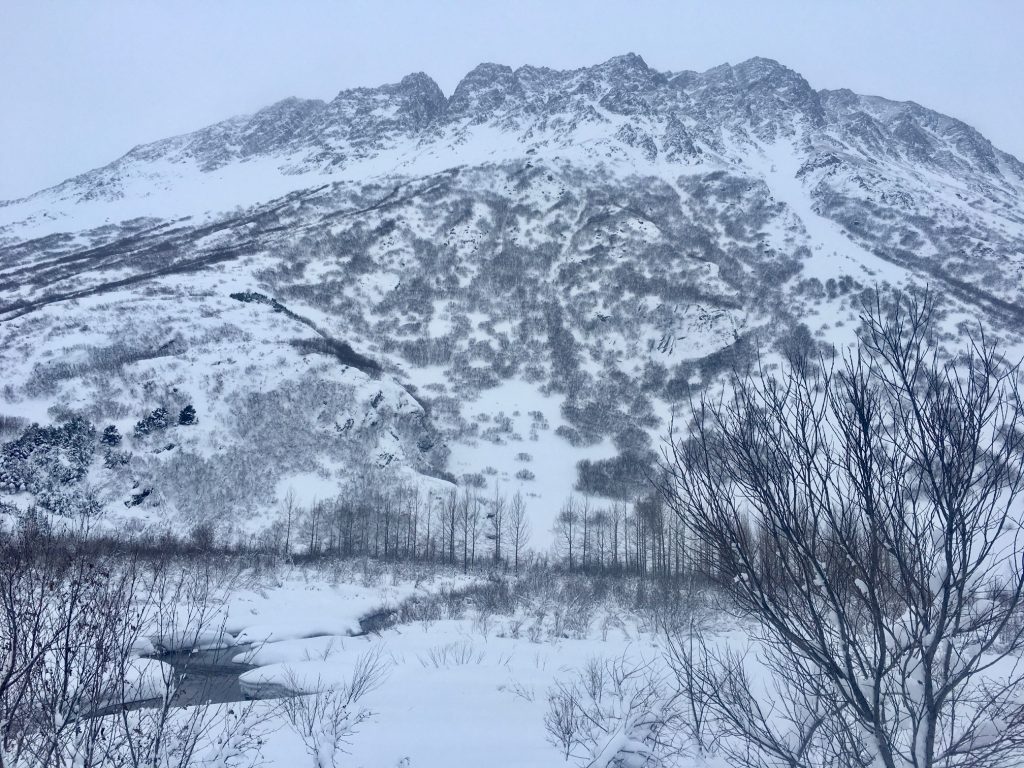 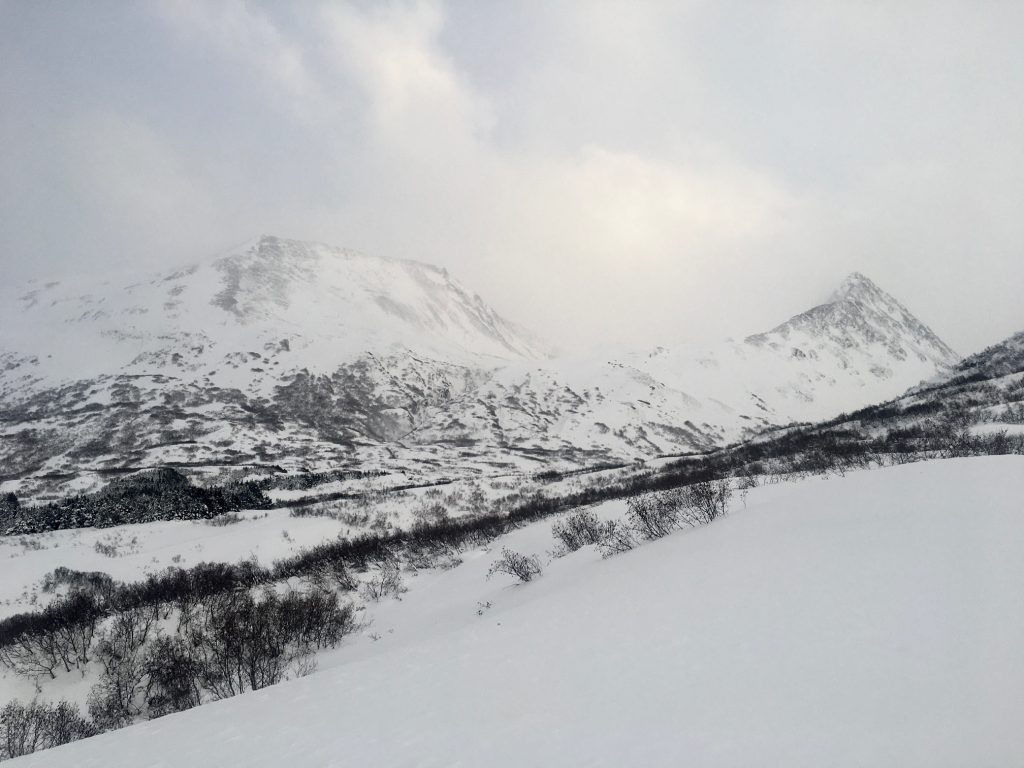 A little break in clouds, looking NE toward Bench Pk 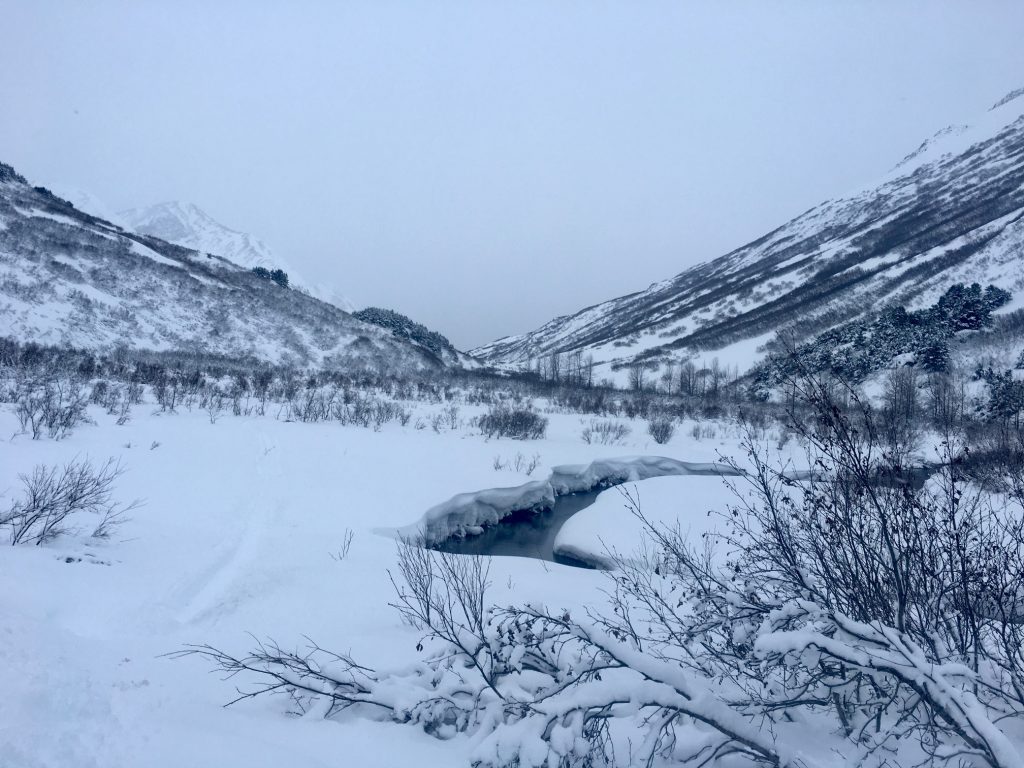 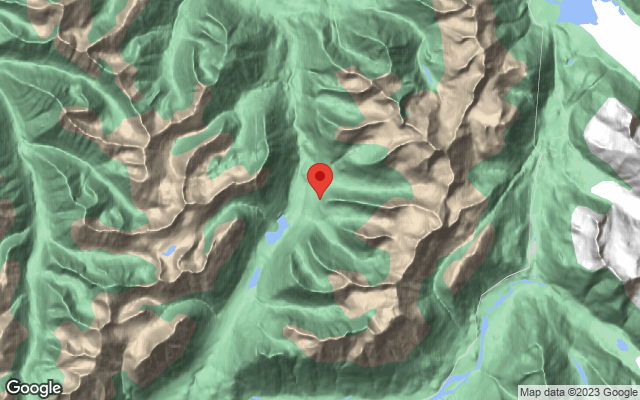