Broken skies (patches of sun with a lot of periods of clouds and poor visibility).
Winds were calm (in drainages where we traveled)
No precipitation
Temps warm, near 32F in the mid elevations and mid 30's at 1,000'.

Significant wind effect seen from the past week of multiple storms and one westerly wind event. Difficult to find soft snow that was not a mix of variable breakable wind crust and hard wind slab.

We saw evidence of widespread wind slab avalanches. All in the D1 to D2.5 range. These were on south, north, east and westerly aspects (believe it or not!) at elevations above 3,000'. They were all partially covered up by a couple inches of new snow with winds. Newest avalanches were likely from Friday, Feb 11th (2 days ago).

We dug one pit to look at the deeper snowpack structure. Pit at 2,300', NE aspect, snow depth 230cm (7.5ish feet).
No reactivity in our pit tests. We did find the New Year's curst (85-90cm down, 3 feet) with pencil hard rounded grains on either side - no weak snow.
We also found the Nov facets, a 20cm layer (115-135cm down, 4-5 feet ish) over the Halloween crust. They were rounding and 1 finger to pencil hard. We did a sideways PST in our ECT block and they did not propagate or fail.

This snowpack was closer in character to that of Turnagain (more stable) than to Summit Lake (unstable). The question is whether the higher elevations, that have seen a lot of wind scouring this season, could have weaker snow associated with these crusts, which would be more similar to Summit Lake. 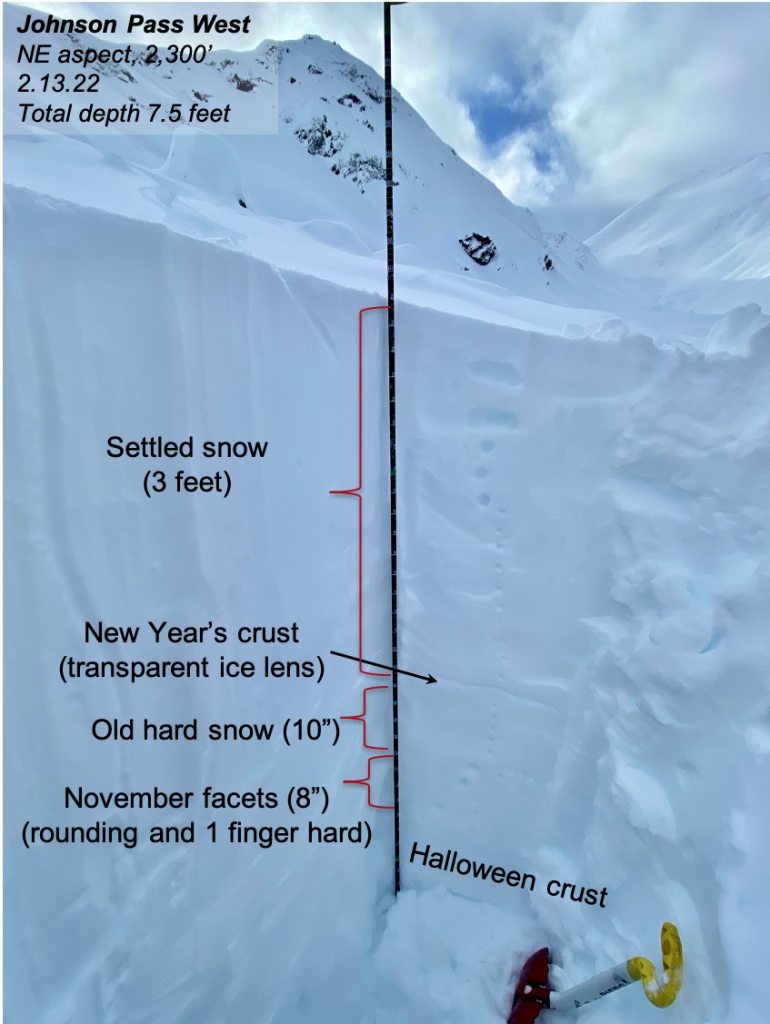 Snowpack at 2,300' - no reactivity found. November facets weakest layer, but we could not get them to fail. 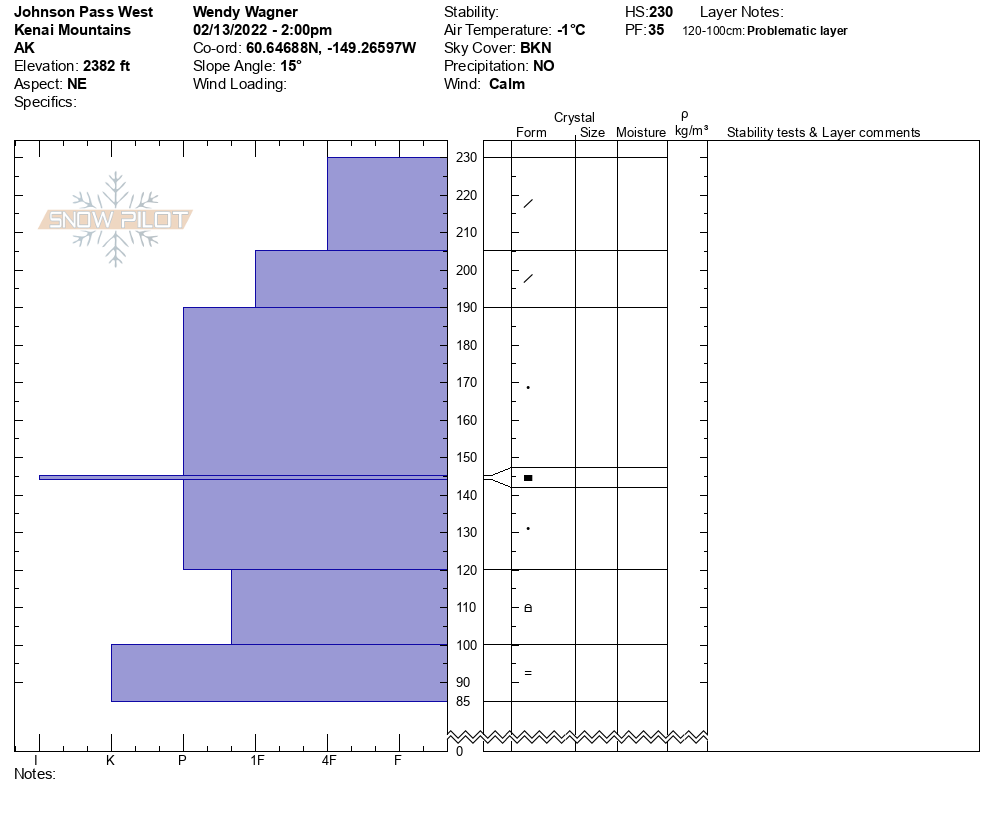 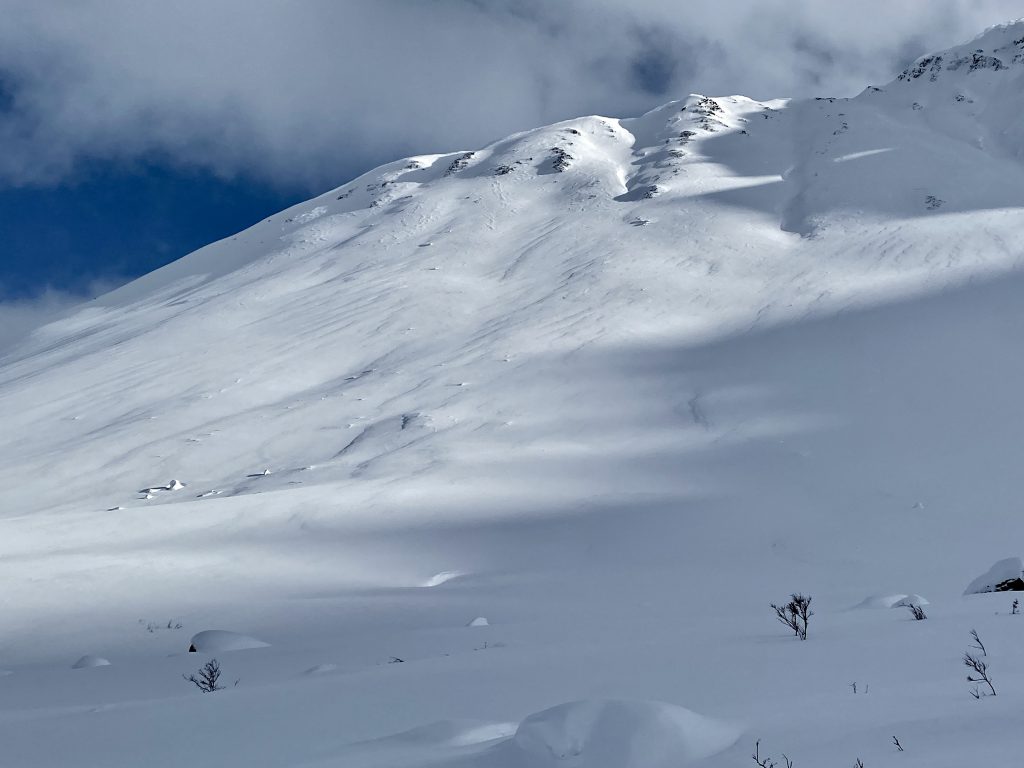 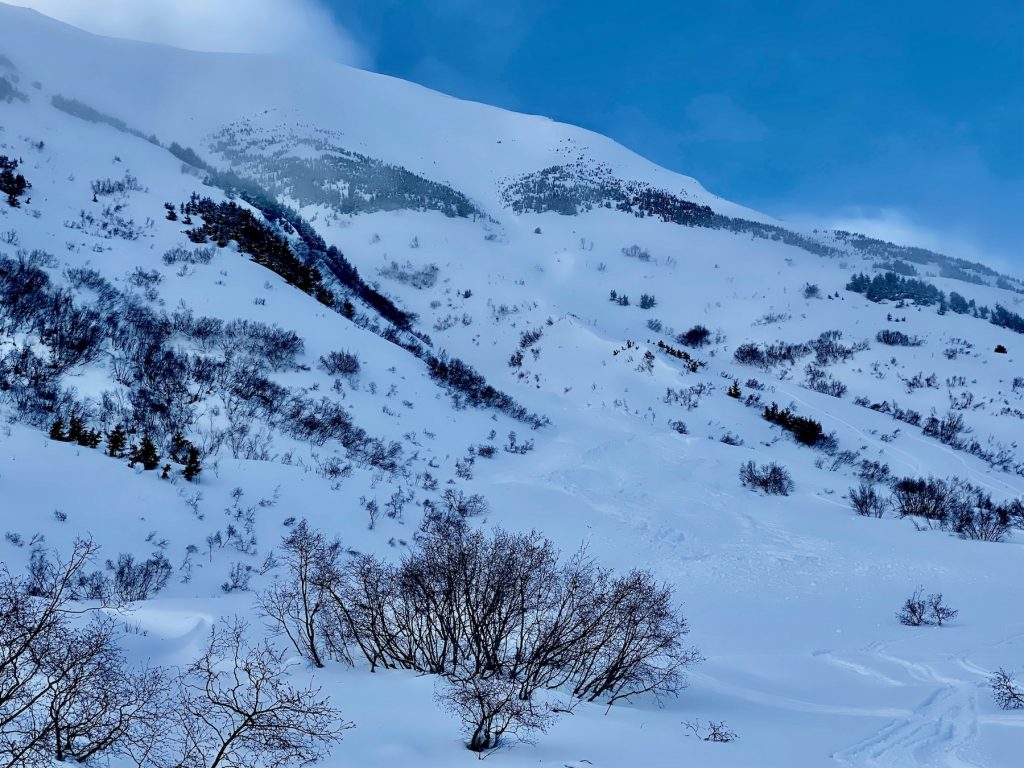 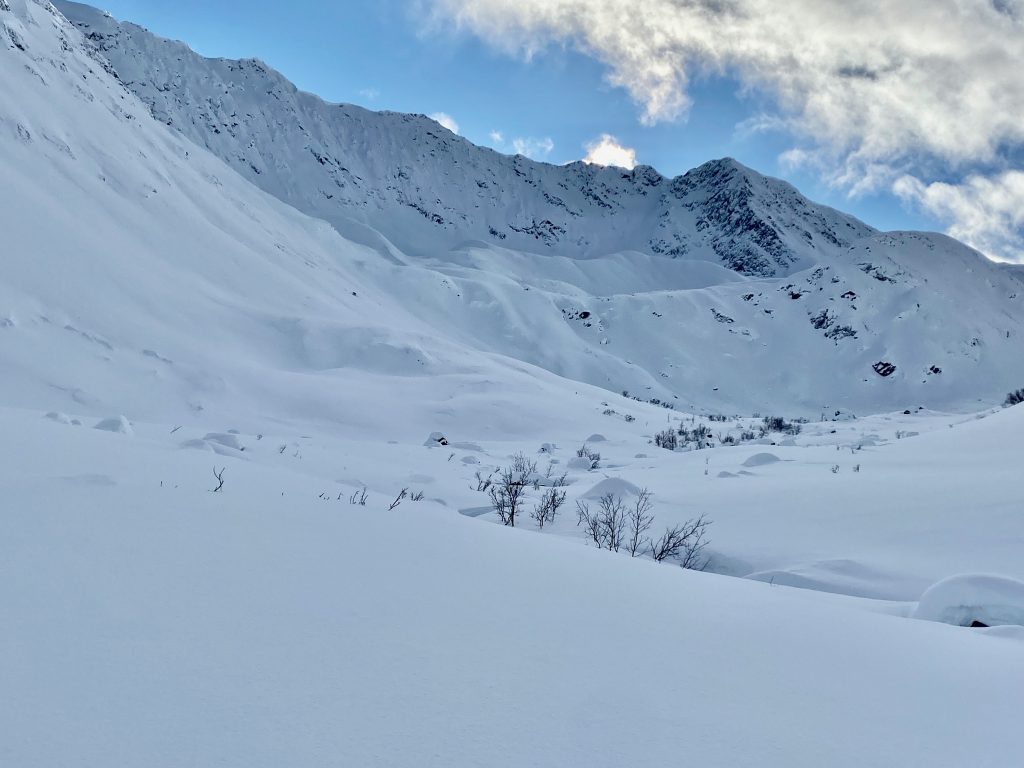 Above treeline looking into the Alpine, hard to see but winds have affected much of the snow surface in these exposed zones. 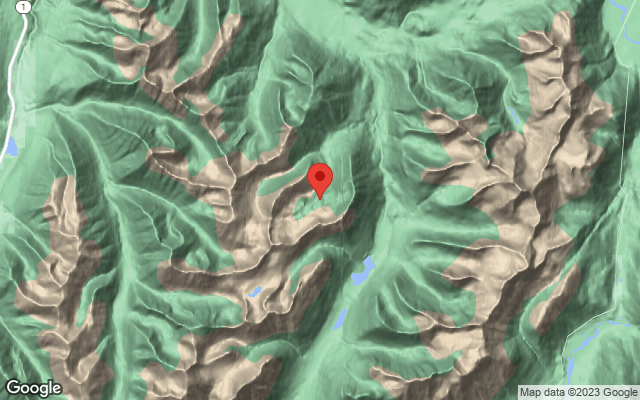