Shallow (but heavy and moist) loose snow avalanches easily triggered on steep slopes in the lower elevations we traveled (see video).
Small cracks in the new snow as the top 4" of new snow was warming up and beginning to act 'slabby'.

Overcast to obscured skies with calm winds.
Temps were around 32F and seemed to warm to the mid 30'sF at 1,500' by the afternoon.
Light snowfall during the day. Elevations below ~500' there was a rain/snow mix.

7-8" of new snow from last night and this morning. Snow was very light and low density but was warming at elevations around 1,500' and below. It appeared to remain dry above 1,500' even in the afternoon.

We dug one pit at 2,100' on a north aspect.
ECTN 17 on weak snow (small facets) under a thin crust around 10" deep. The new snow was sitting on this thin 1cm wind crust which had small facets under it, which was the weak layer. Weak layer did not propagate in this location but raises the question that it could in other locations.
New snow was so soft it just compressed under the shovel. Sluffs were definitely easy to trigger on steep slopes because of this. New snow was on a variety of surfaces. Wind slab, wind crust, loose old faceted snow and on southerly aspect on a sun crust.

Our main concern was avoiding being on or under large sustained slopes where a natural loose snow avalanche could really gain momentum and volume and run further than expected. No wind effect was noted, but we payed close attention to exposed areas that may have seen some wind. It would not take much wind to build sensitive wind slabs today. 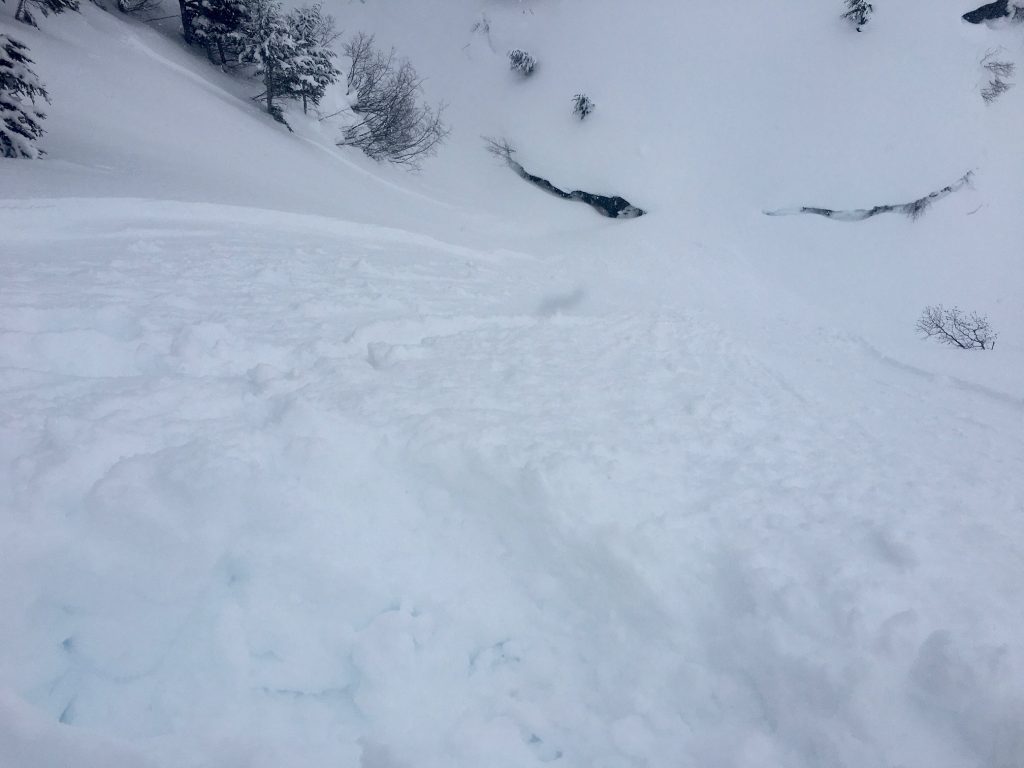 Example of sluffs that were easily triggered on steeper slopes. Entrained the top 3-4" of new snow. 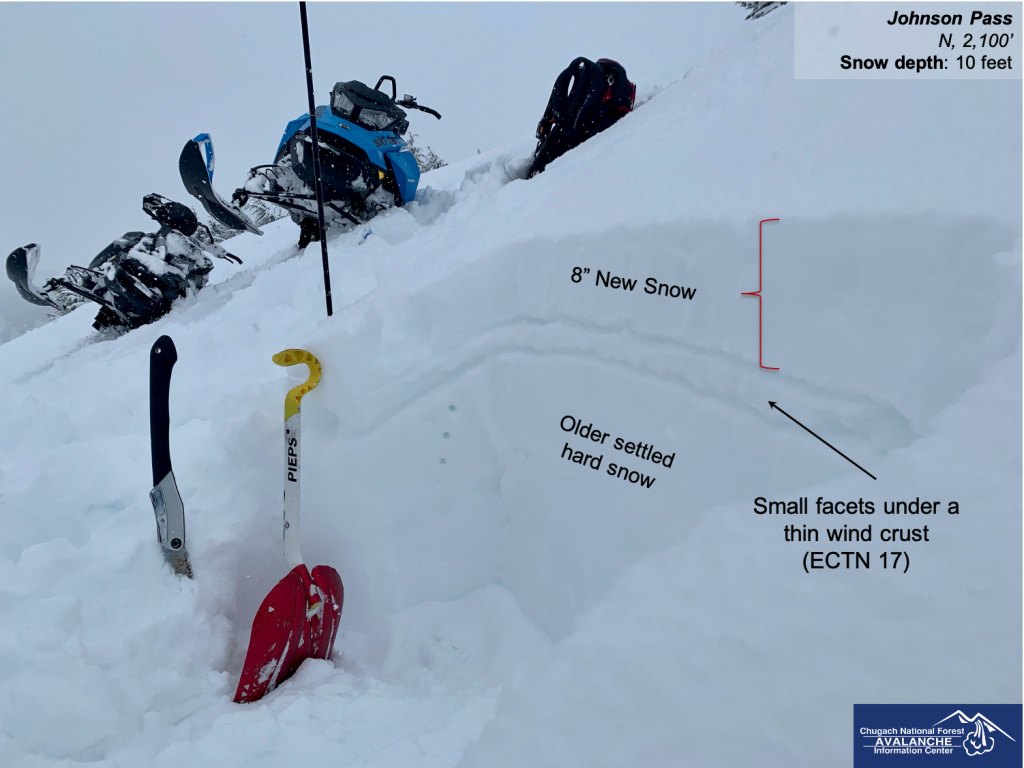 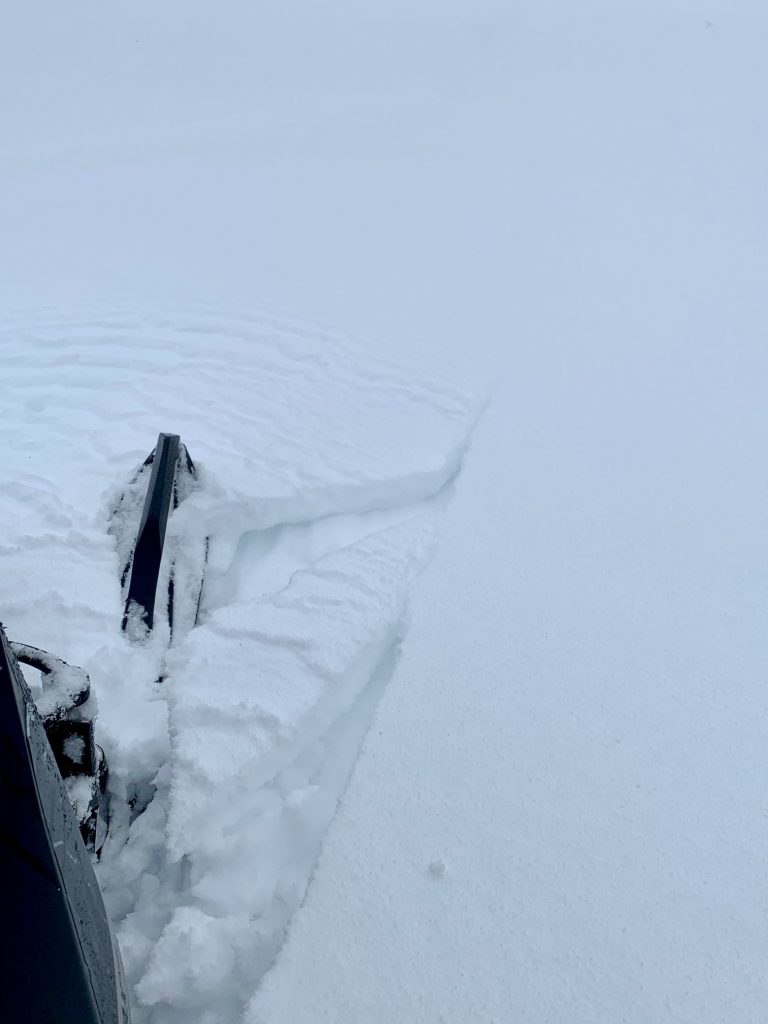 Cracks in the moist and warming snow as the snow 'pushed' itself in front of the snowmachines. 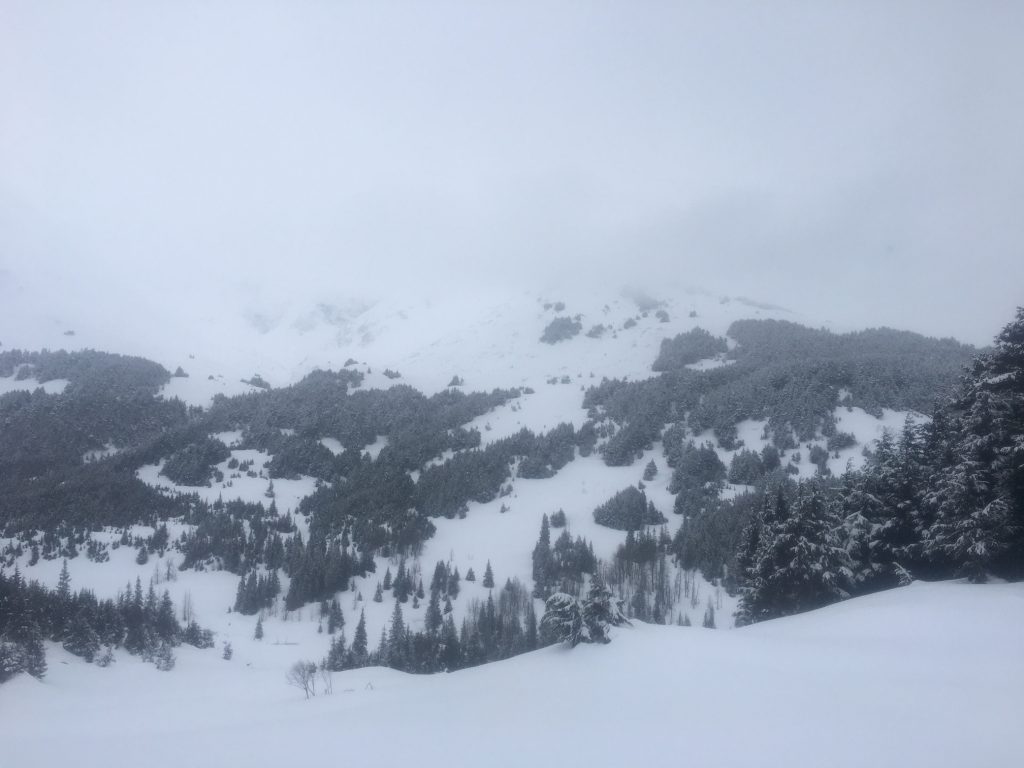 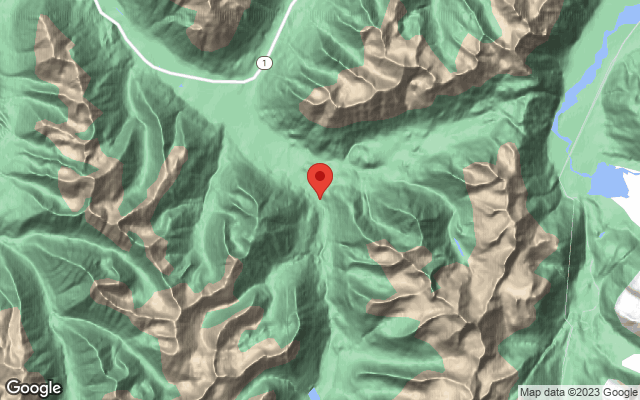