Toured through the Japanese trees to check out reports of large avalanches. Low density snow was found in the trees but quickly disappeared on open wind effected slopes.

A large collapse was felt on stiff pencil hard wind slab at 2200'. Signs of old shooting cracks during the previous storm and wind event could be seen throughout the tour.

The snow surface had some themes today. With wind effected snow found higher and low density snow below tree line. Below tree and alder line low density snow was plentiful, with ski penetration around 20 cm and boot pen up to 60cm. Above 2000' it quickly turned to wind effected snow, with pencil hard wind slab and sastrugi widespread. In the sea of satrugi and wind slab, small pockets of 4F snow no longer than a ski length could be found. in some areas raised ski tracks could be seen. Grauple was found on top of most of the softer snow surfaces.

While touring through the trees old shooting cracks could be observed and warranted further investigation. Above tree line evidence of wind slab avalanches was wide spread, with an old D2.5 avalanche observed and several D 1 small in the surrounding areas.
Pit 1
1870' 15 degree slope, East Aspect
HS 70
ECTP12 on 3-4mm facets 50cm from the surface on top of a thin melt freeze crust
PST 15/100 END on the same layer. 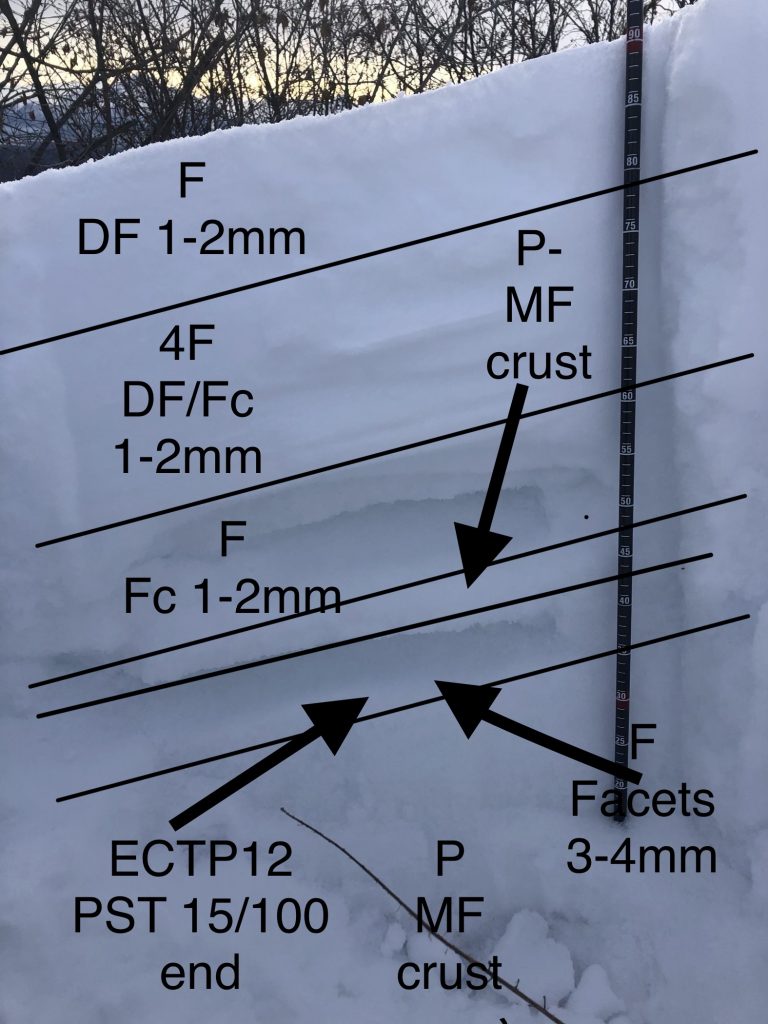 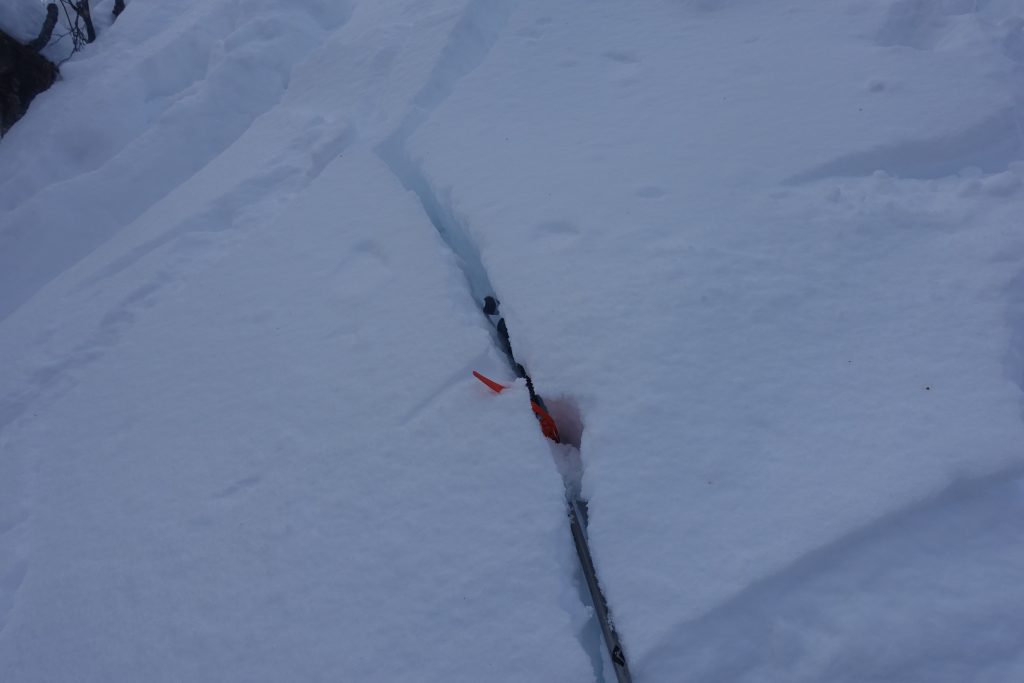 Old shooting cracks found on the up track below 1700' 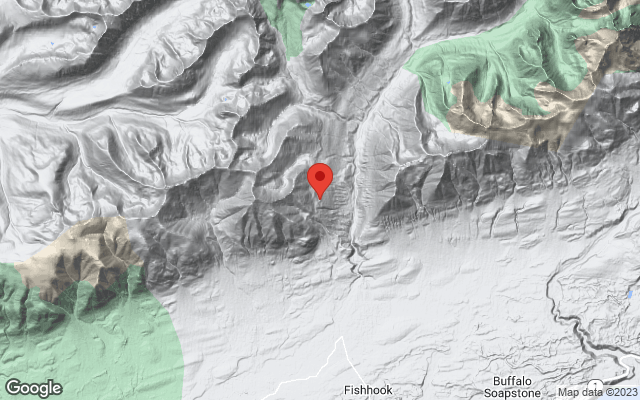