Toured up through the Japanese to see check out snowpack structure and to get an idea of depth of the Dec 26th rain crust.

No cracking or collapsing.

Light and variable wind through out the tour. Increasing cloud coverage throughout the day.

Snow surfaces were quite variable to day. In a small area one could find 1F sastrugi, a melt freeze crust, and soft wind pressed snow. At tree line and below snow surface was still surprisingly soft despite signs of recent warming. Any area that had previous tracks made for difficult and challenging riding. Untouched snow provide soft turns. Ski pen was around 5-10cm above tree line.

Snowpack depth is highly variable at mid elevation band. In a short distance the snowpack was any where from 60m to 250cm deep. The snow from the valentines day and presidents day storm cycle's is acting like a cohesive slab with no failures of note in the upper snowpack. A thin crust that formed at the beginning of the valentines day storm cycle could also be found with pole probes. Moist facets/depth hoar were observed at the base of the snowpack in two locations. Unsurprisingly the dec 26th crust and associated weak layers were un-reactive(despite poor structure) in areas with a depth above 150cm. In shallow areas the snowpack is quite reactive and has incredibly poor structure(see photo below). The Dec 26th rain crust is breakable in some areas and difficult to get a probe through in others. 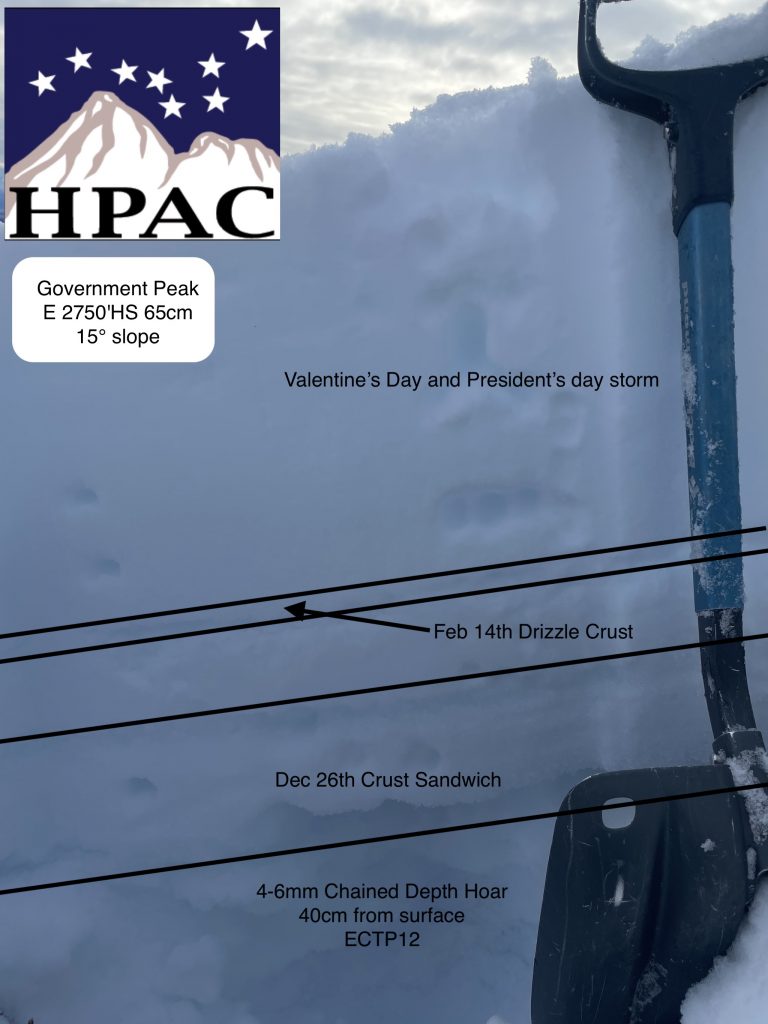 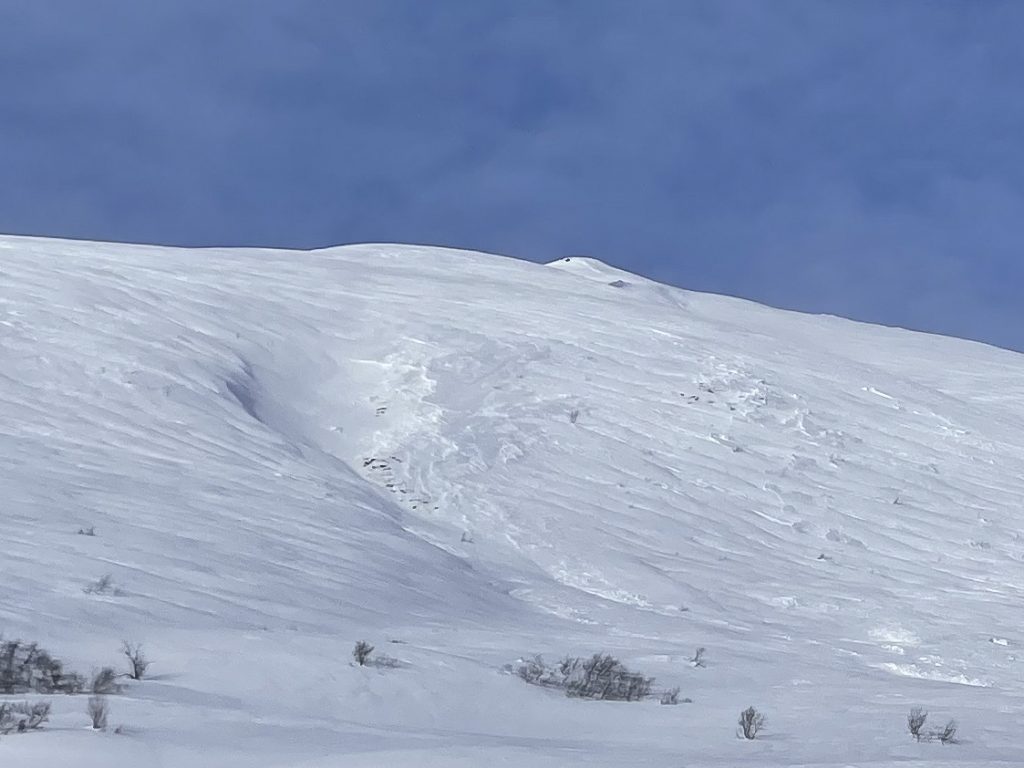 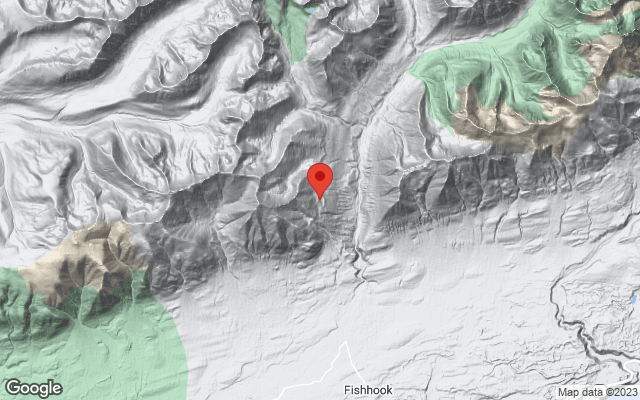