Toured up the the Microdot moraine west of the Ray Wallace Chutes and to test slopes below Eldorado Bowl. Our party triggered several avalanches (including remotely) and observed rampant whumpfing, extensive shooting cracks, and rapid wind loading towards sunset. Crowns from several natural avalanches ranging from D1-D2 from the recent snow storm were seen on the Sunnyside of Hatch in large swaths, on the south aspect of Skyscraper, in a West Gully on Marmot, on an east aspect of lower Eldorado Bowl, the west aspect of Microdot, and the south aspect of upper Eldorado Bowl (Skyscraper). All natural avalanches appeared to have initiated on slopes >35 degrees.

Skinning up the moraine below Ray Wallace Chutes we triggered a SS-ASr-R3-D1.5-O/I on a 25 degree slope. We conducted a crown profile. Avanet profile below. The fracture initiated in the new / old snow interface, and stepped down to wind slab over buried near surface facets.

Another party skiing down slopes adjacent to ours 500 feet north remote triggered a D 1.5 avalanche that failed on the the new old snow interface.

Transitioned from light, settling powder at Independence Mind parking lot to consolidating powder that became cakey in places as we skinned higher to approx. 3200 ft to moraine below Ray Wallace. Settling powder from previous storm was definitely forming a soft slab.

On the other side of the road on test slopes below Eldorado Bowl the snow was forming a cakey soft slab in places and becoming a soft wind slab in others. Ski pen was as low as 4-5 cm in places where the new snow had stiffened up. Light wind effect noticed near sunset. 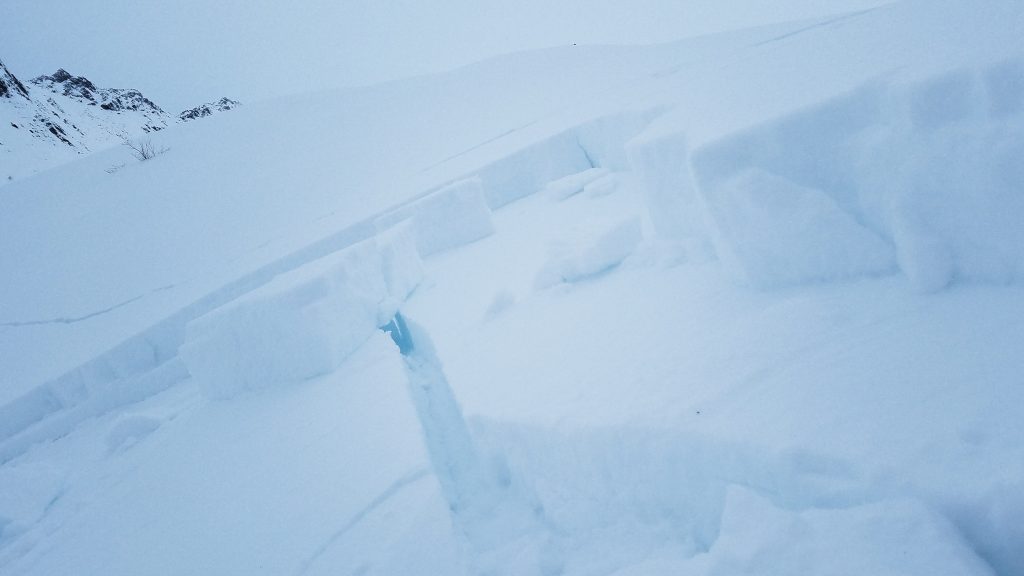 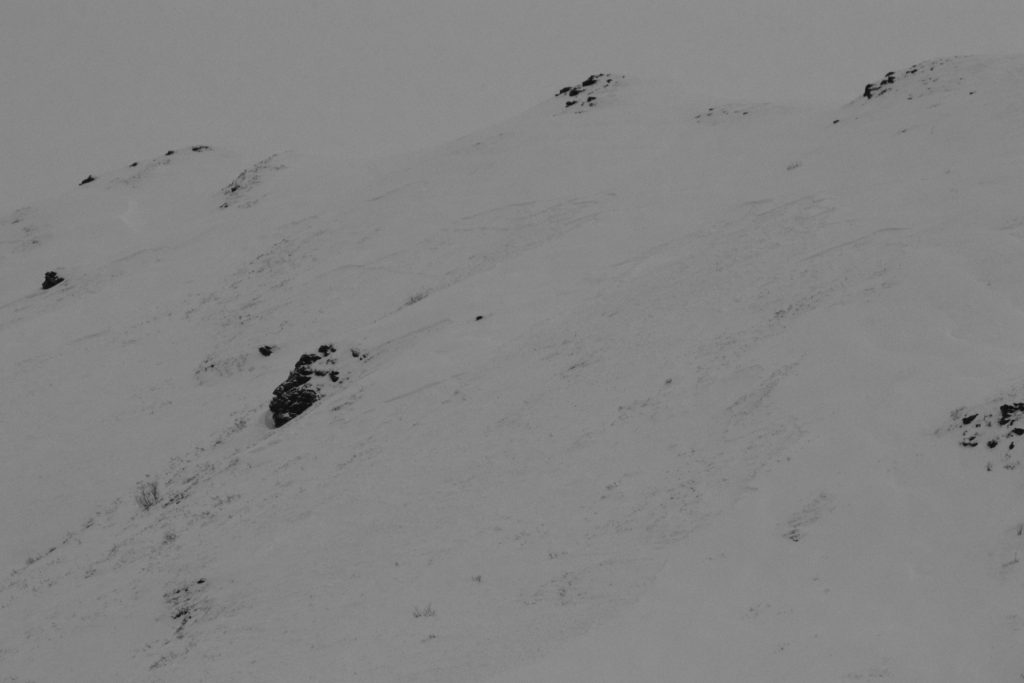 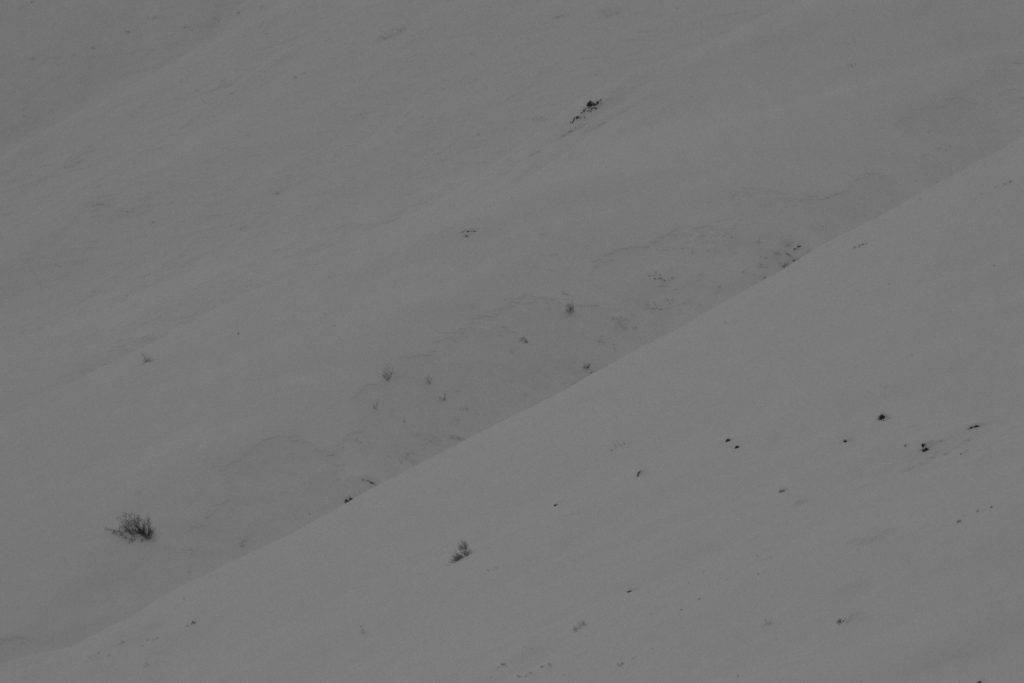 Natural Avalanche in gully on Marmot 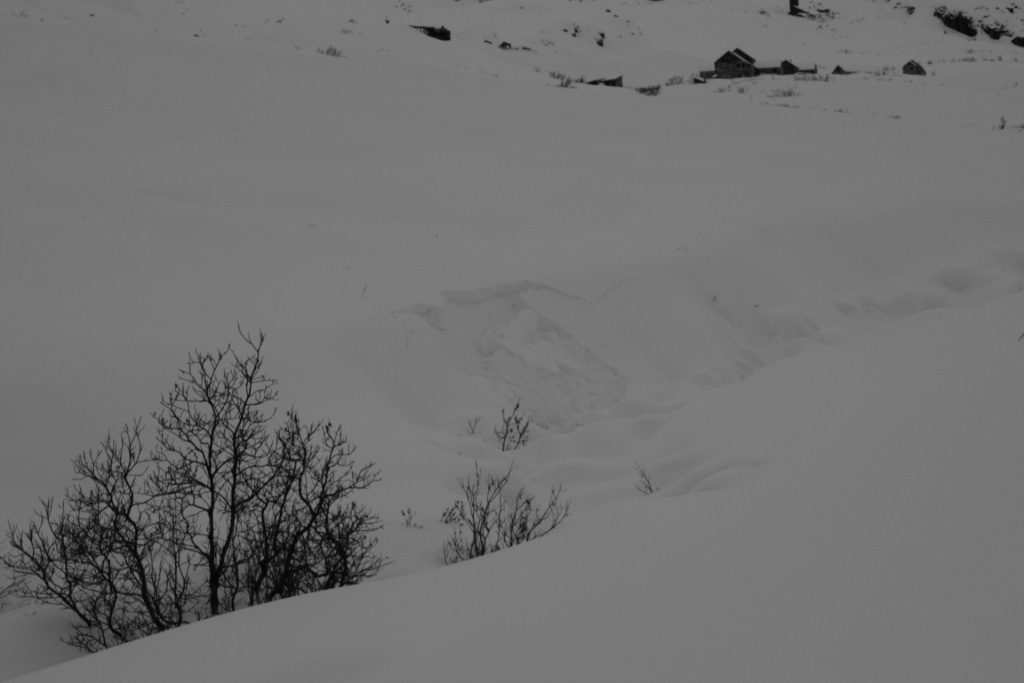 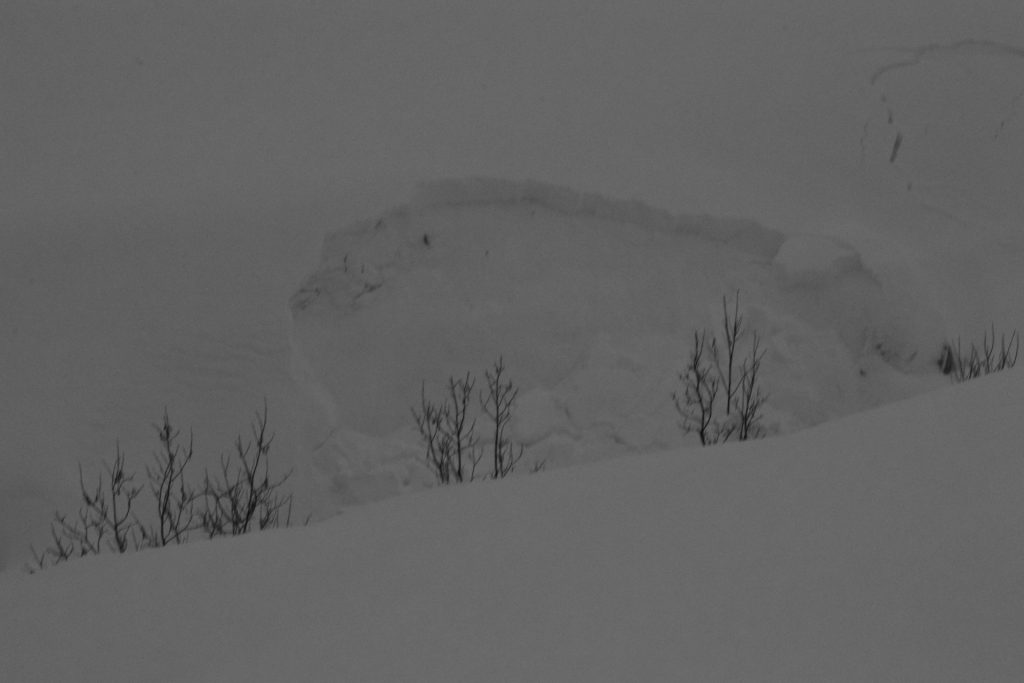 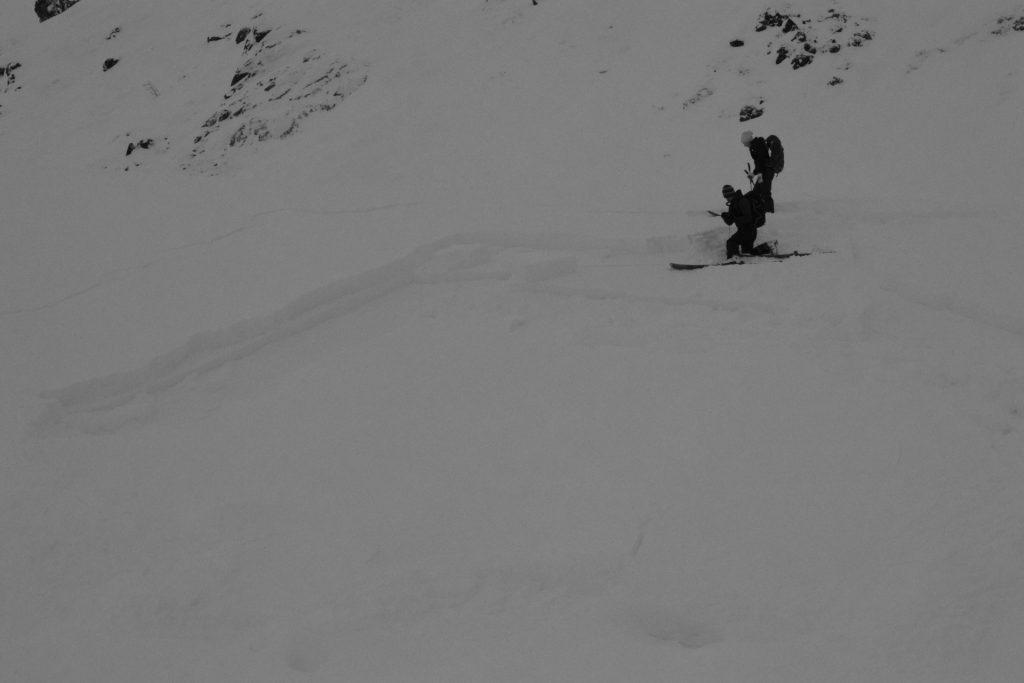 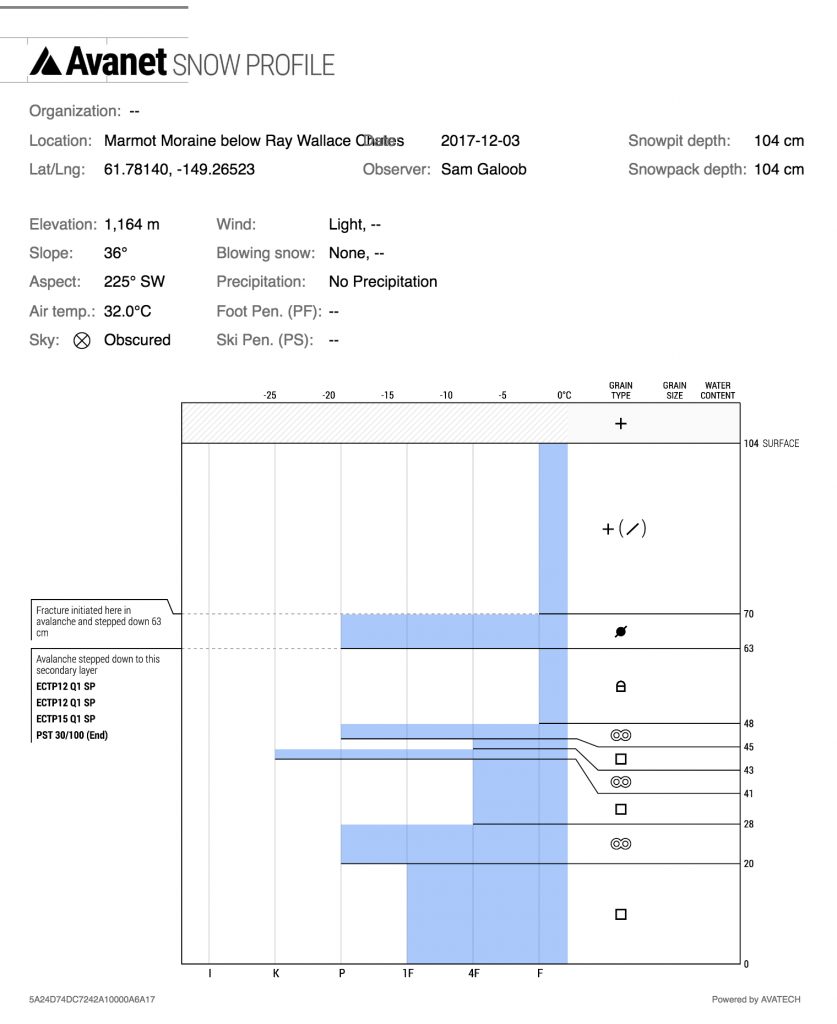 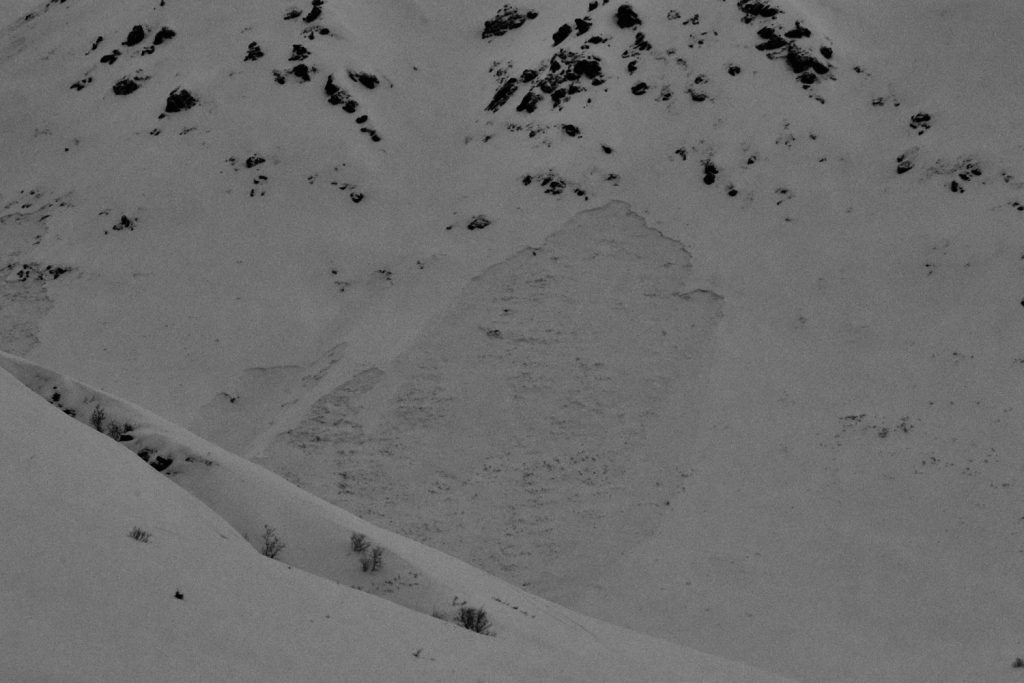 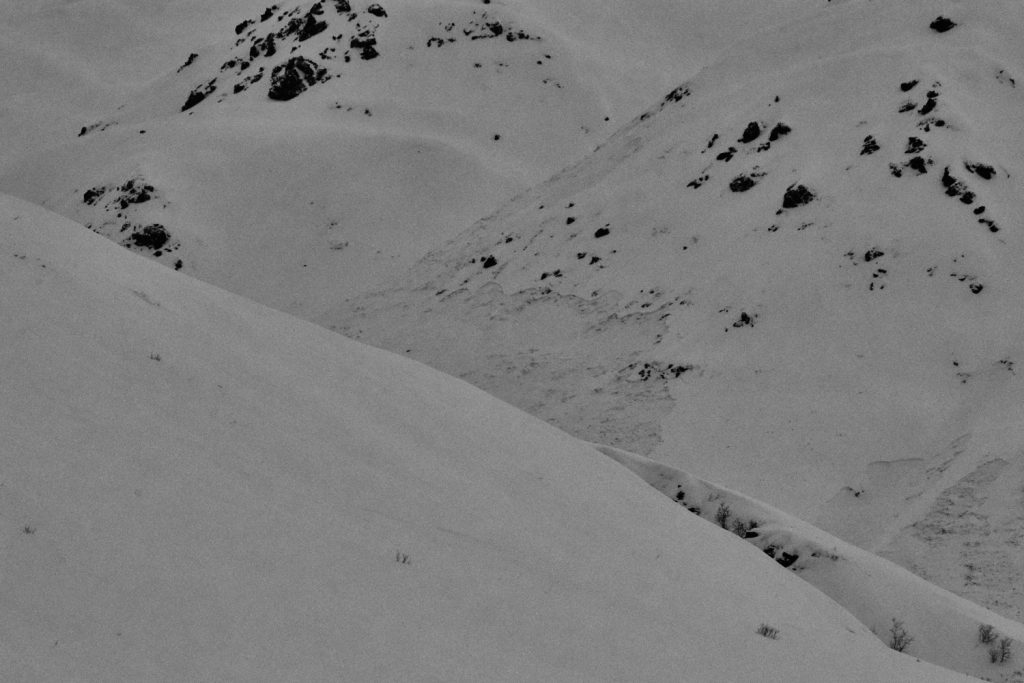 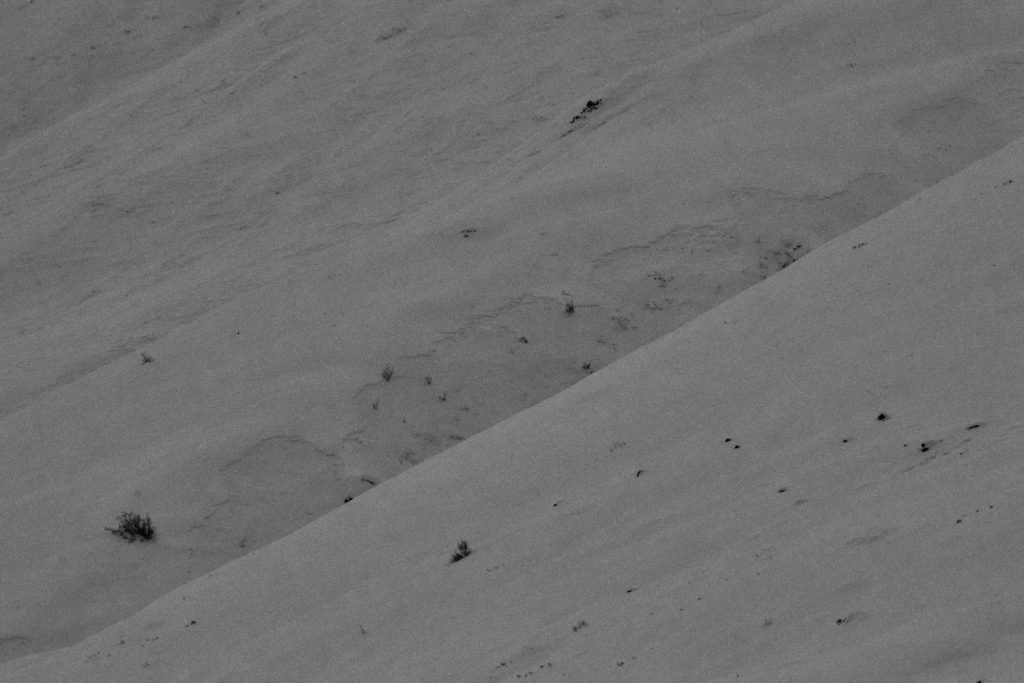 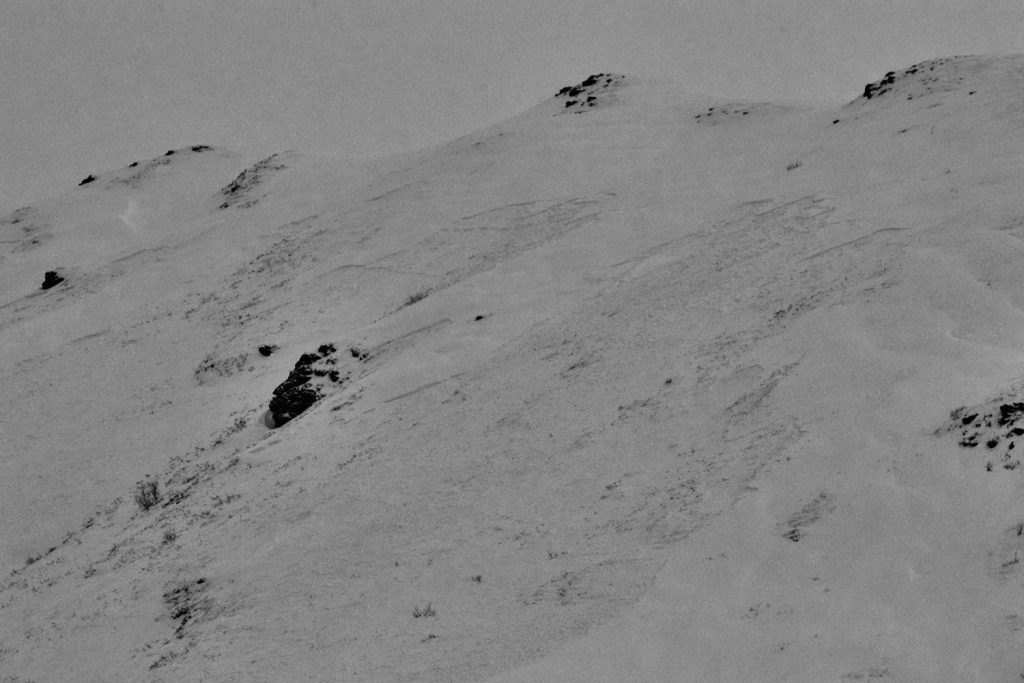 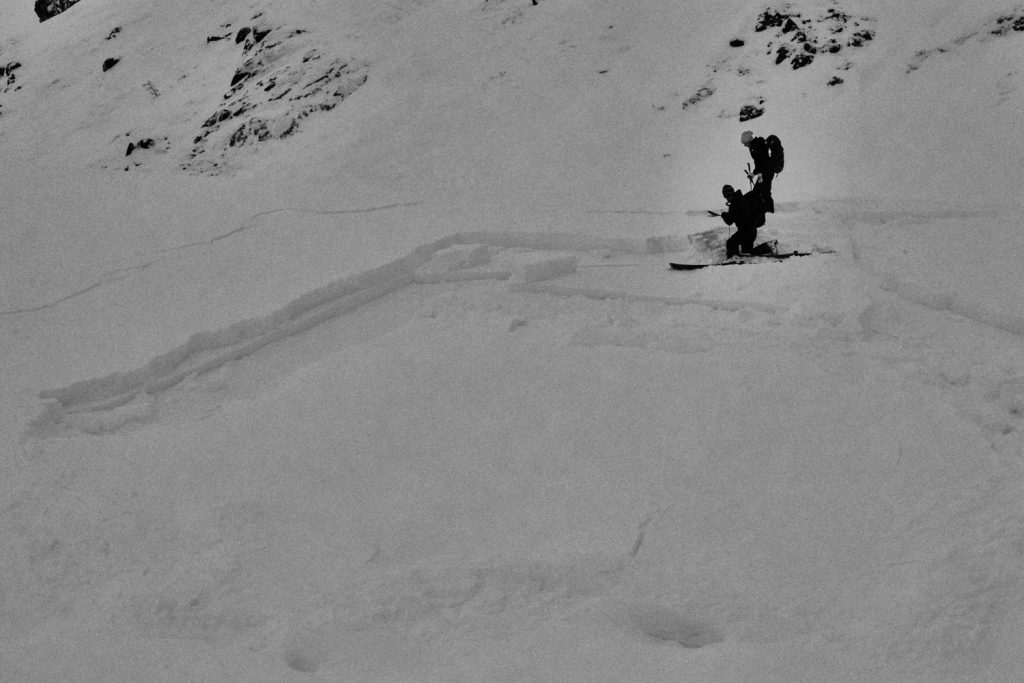 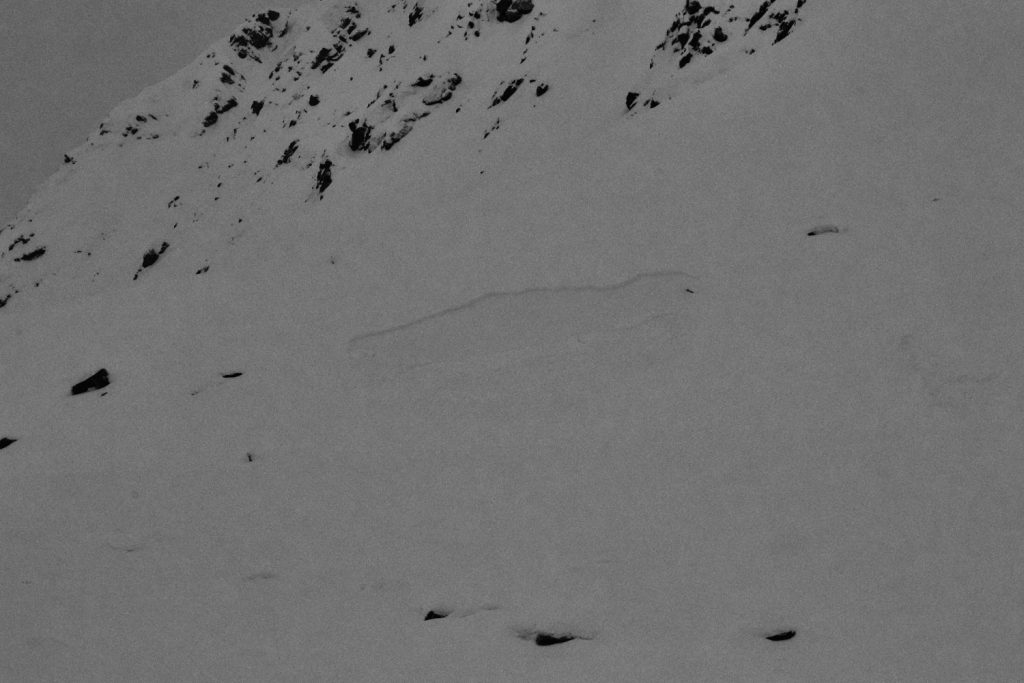 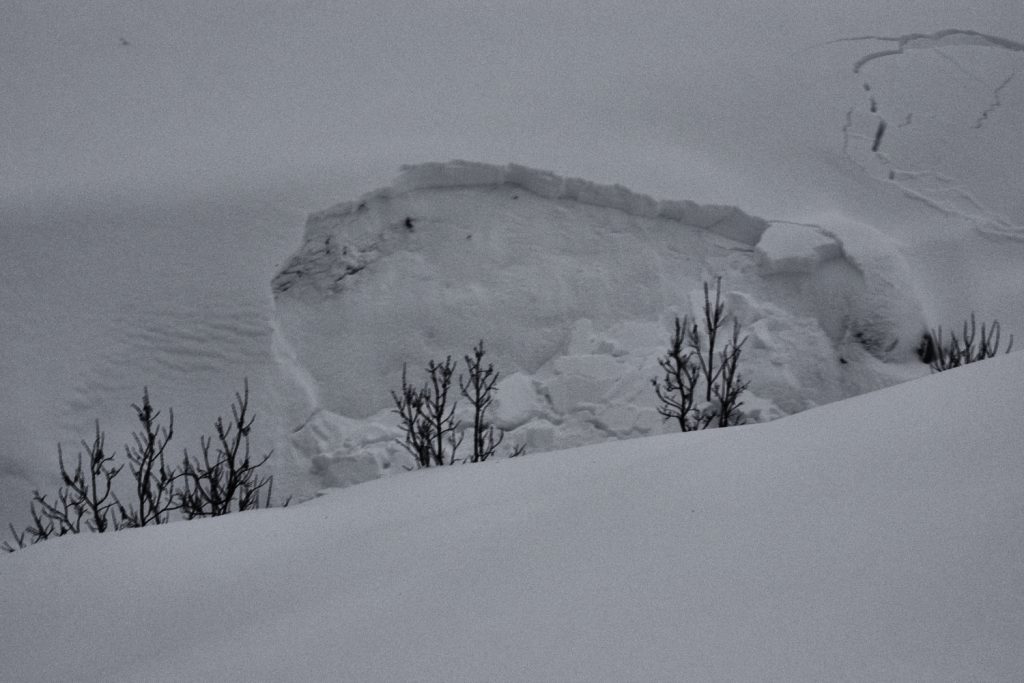