Anchorage Nordic Ski Patrol supported the Nordic Ski Association of Anchorage’s Iditarod Trail backcountry tour from Center Ridge trailhead to the last bridge before Ingram Creek. Broke trail through the crust; made some alternate routes to avoid the most difficult areas for skinny skis.

Temperatures in the upper 20s at the start and rose during the day. Skies were overcast. Winds were calm until the group approached the turn toward Ingram Creek where we found gusts of 15+. Winds began spreading back toward the Tincan uptrack and began knocking snow off the tops of the trees. The surface hoar, however remained upright during our tour.

Conducted a couple hand shear tests while on return sweep. All were easy at ~50cm from the top. 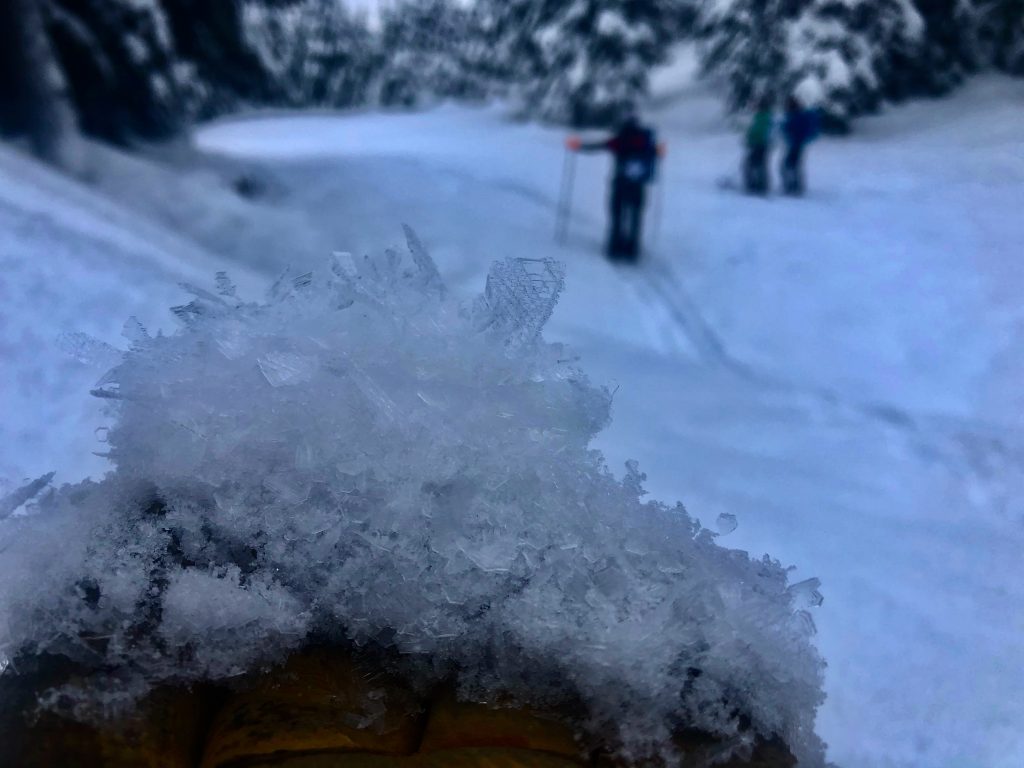 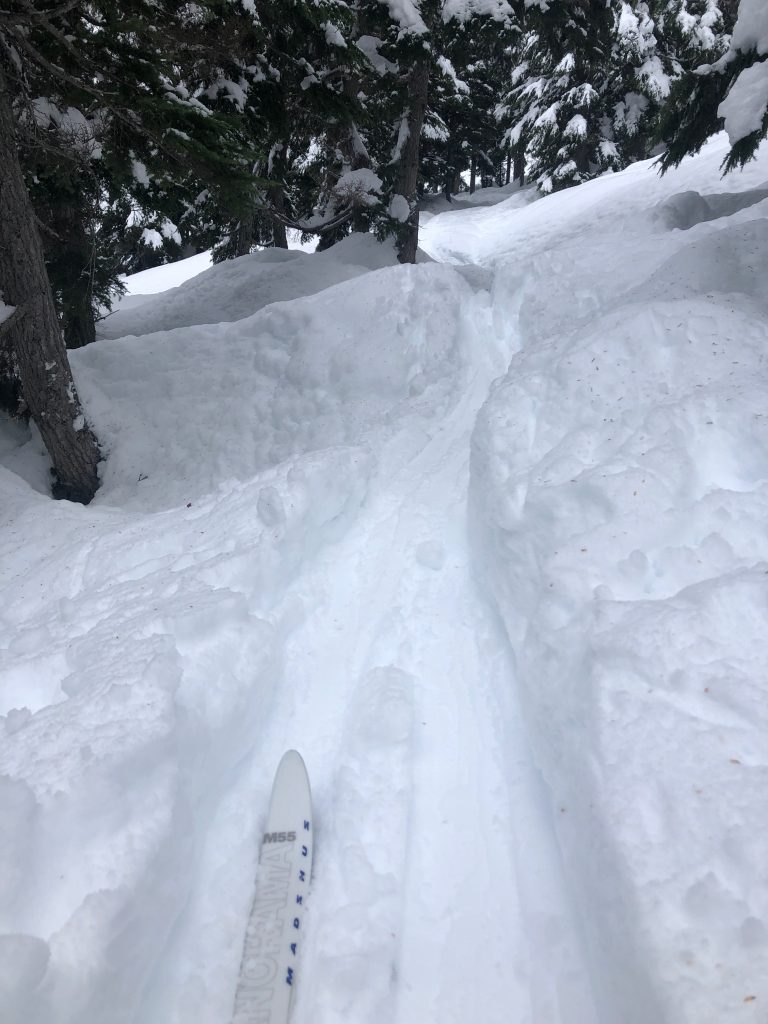 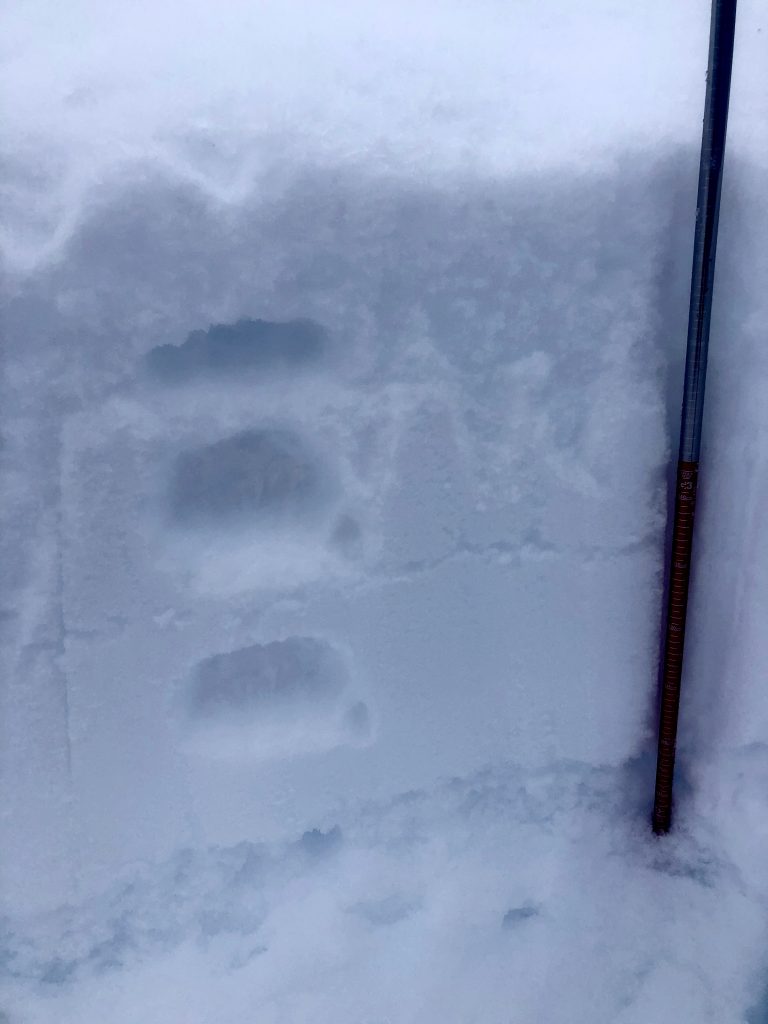 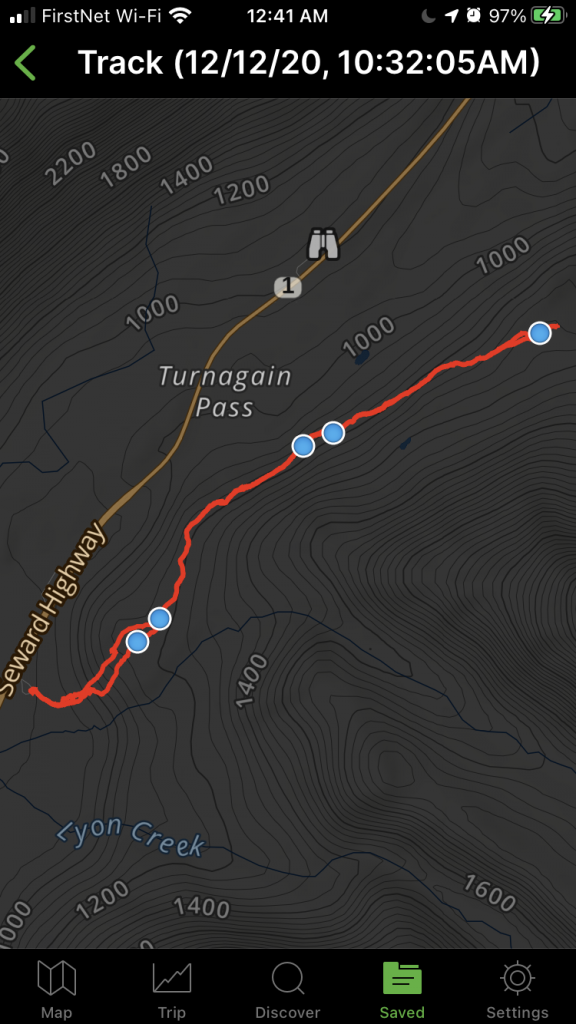 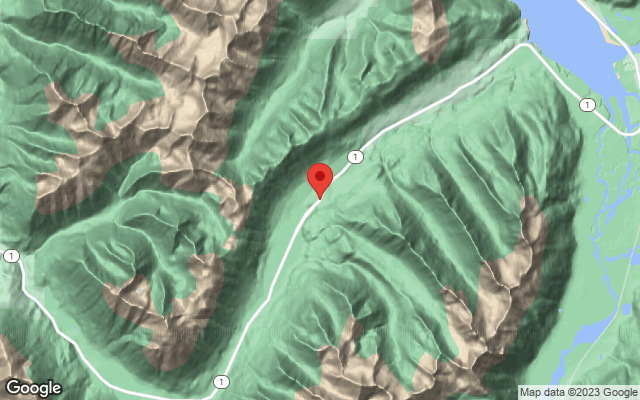