Numerous recent natural slab avalanches. We generally observed more connected avalanches, but shallower, on Southeast to Southwest aspects. Less connected, but deeper on NW to E aspects. Many D2 size avalanches, with a few D2.5. Marmot paths were up to D3 (larger destructive force due to terrain trap), and one avalanche off of Marmot was D3 which crossed the Archangel groomed ski trail.

Two avalanches off of Marmot just barely crossed the road, requiring DOT to close the road for a short period of time on 2/10 to clear debris.

No whumphing on our tour, with only localized cracking. Very thick hard slabs, up to a meter thick, were supporting our weight without cracking or collapsing. We suspect these slabs could fail under a person weight in thinner, weak, specific locations due to variations in slab thickness, and that propagation would be significant.

Wind deposited slabs in protected areas and valley bottoms were up 6-12" thick, upside down, sitting on soft precipitation particles.

Approximately 1.3” of SWE in this storm and 13”+ inches of new snow (difficult to assess in the field due to wind effect).
3100´: Clear, Light Northerly winds, Temps 3 warming to 10 in afternoon

Deeper in the snowpack I observed the earlier January facets which did not fail in this avalanche. 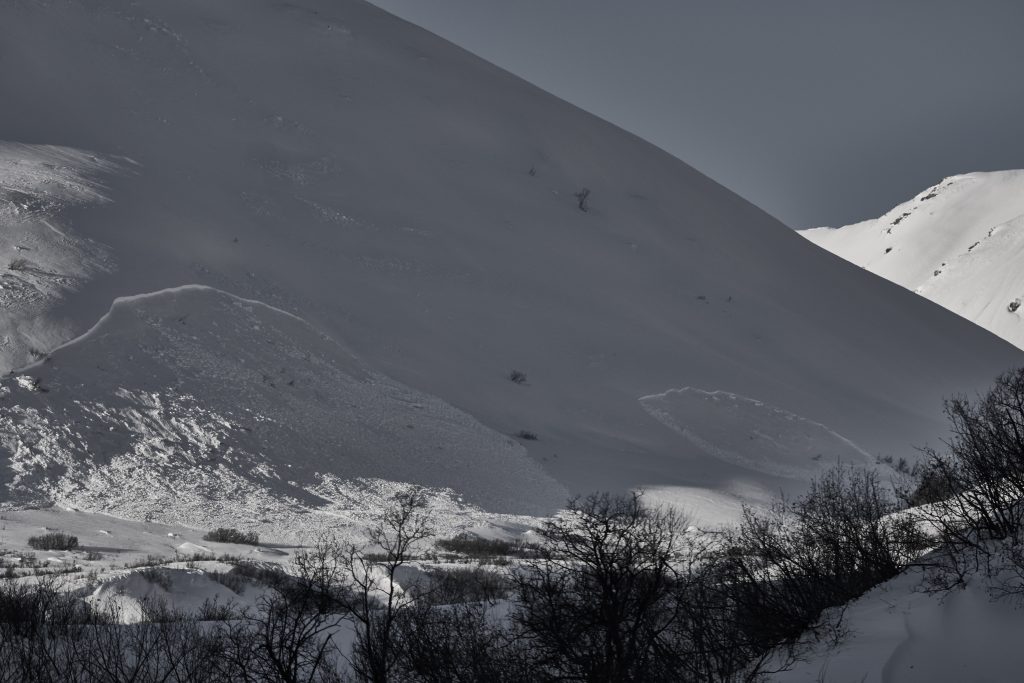 4068, NE, ~2800' This avalanche appears to have sympathetically triggered two other avalanches, one pictured to the observers right in this photo. 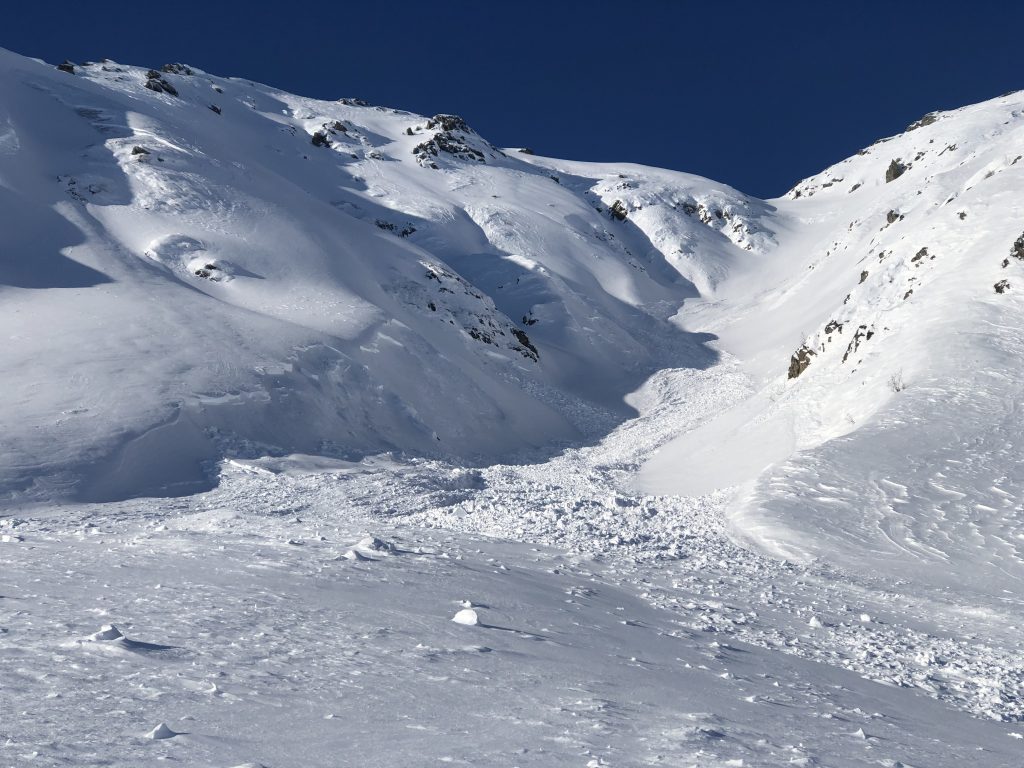 Martin Mine, ESE, ~4000'. The main crown in this avalanche is obscured and appears to be filled back in with snow. The debris pile was measure at 160cm/5.2 feet at its deepest point. 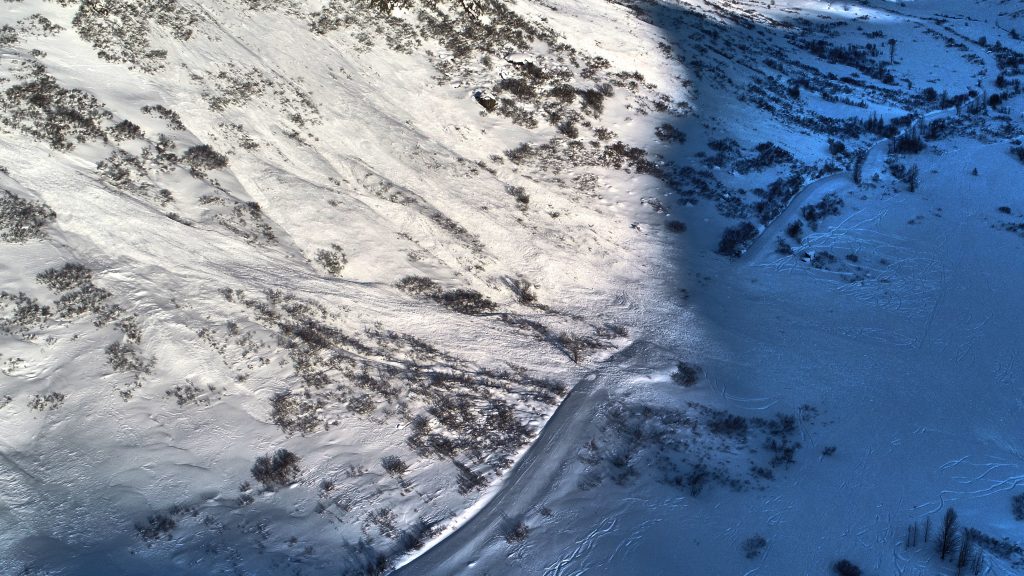 This avalanche off of Marmot crossed the Archangel ski trail. 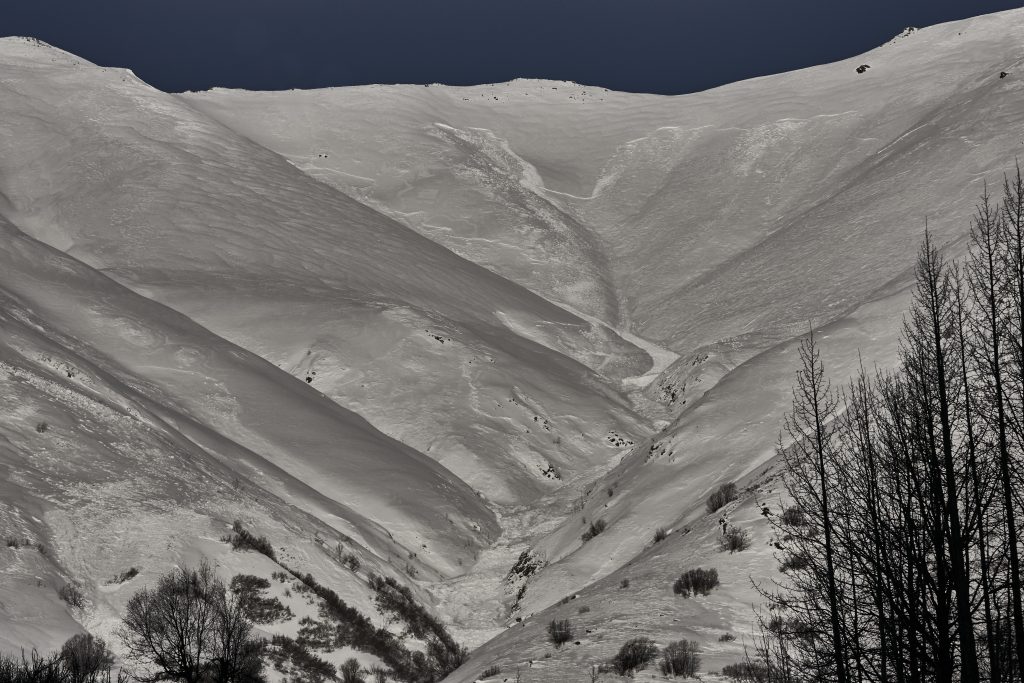 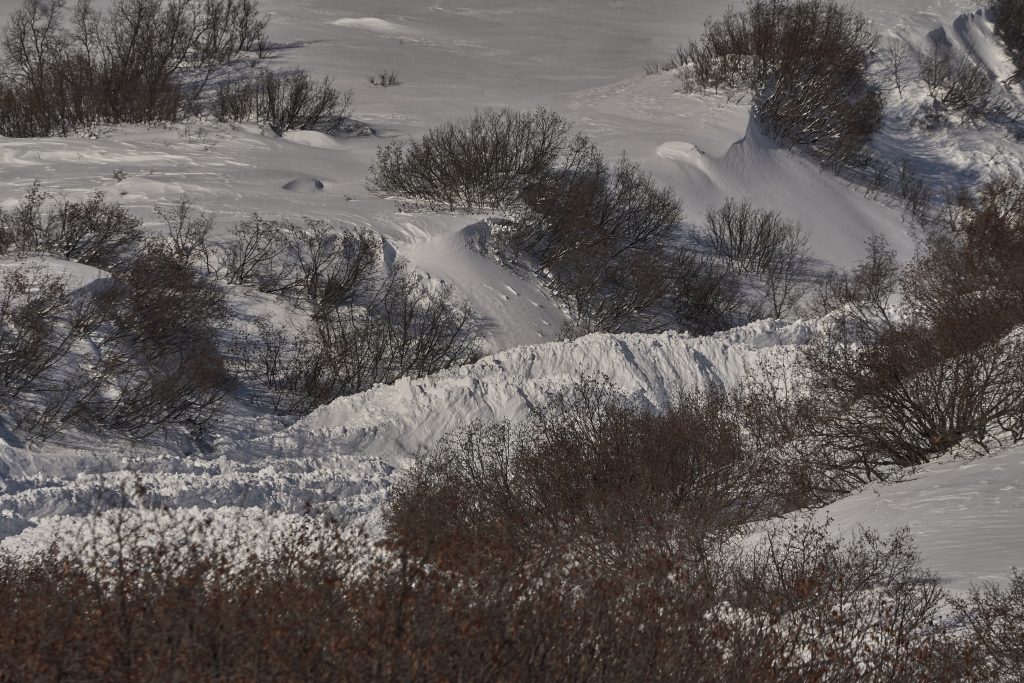 Debris in one of two avalanches on Marmot's SE face that hit the road. 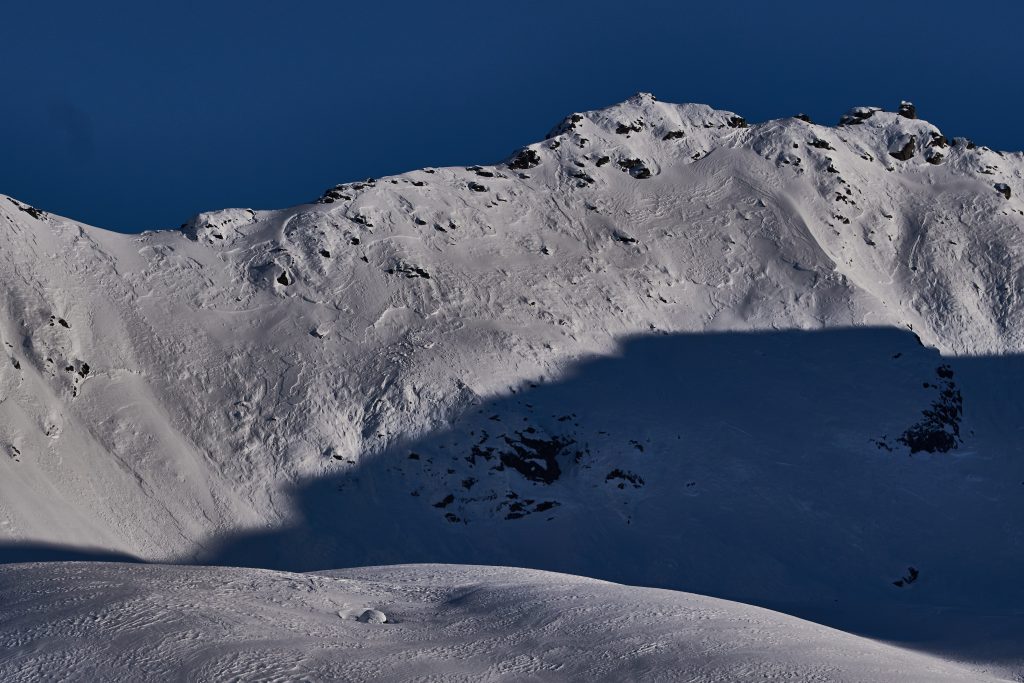 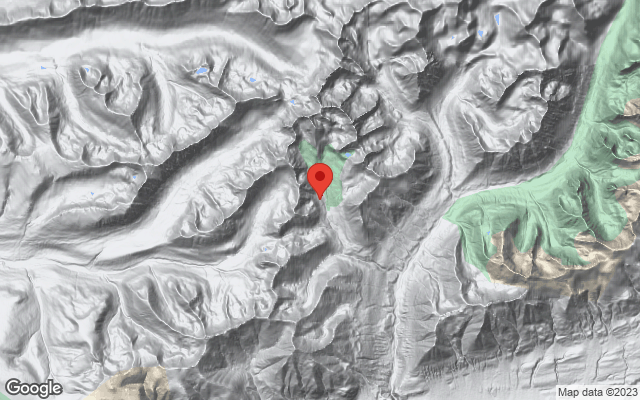