When boot packing up a steeper section of the Tincan ridge approach to the top of Hippie bowl, a cornice broke in the middle of Hippie bowl headwall approx 5 feet back from the edge, about 4-8 ft deep, and maybe 60 feet wide. This caught a skier, entrained some more snow, but did not trigger an avalanche on the slope below. The snow came to a stop in the upper bowl.

Skier rolled / slid with the moving snow for about 200 ft, with some Lazy-boy sized snow blocks, and came to a stop on top of the snow in the upper bowl. Skier did sustain a minor shoulder injury and could feel some contacts with rocks as they rolled down the steep headwall of Hippie Bowl.

-Approx 0c to -4c throughout the day.
-About 3 creek crossings at the bottom of Tincan, depending on your route. There is just barely enough snow / alder bridges to not have to take your skis off and jump over the little creeks.
-Rain crust persists to the upper treeline. Snow becomes fairly soft, but dense at that point. Snow becomes lighter with elevation. Approx 6-12″ of soft surface snow depending on the aspect.
-Lots of new snow after the storms. It looks almost like mid winter in the alpine.
-Did some slope tests on convexities, rolls and cornices. There is definitely an old-new snow interface, where on very steep rolls or convexities (west-south facing above 3000′), the top layer of snow would break, but seemed not to propagate. Small cornices also would break off at the new snow interface, but did not seem especially reactive, as it took a lot of effort to get them to break off.
-The rain crust and snow underneath is not horrible on the ski-out, as its relatively soft – but still a challenge to get through on the way back.

Cornice fall did not trigger an avalanche below.

Section of cornice that broke 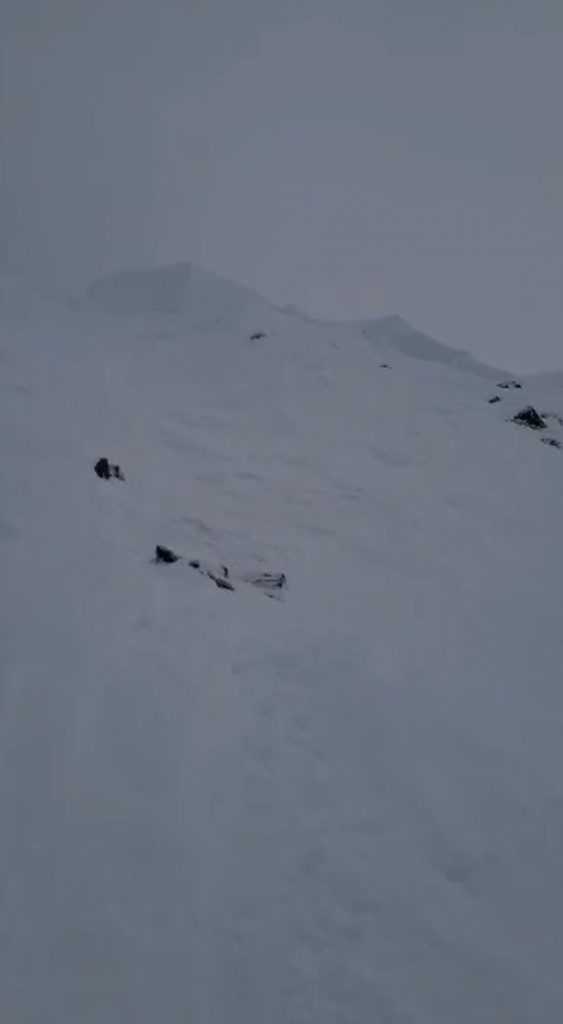 Under the broken cornice

Someone lost a ski down Tods Bowl

Lots of snow in the Alpine 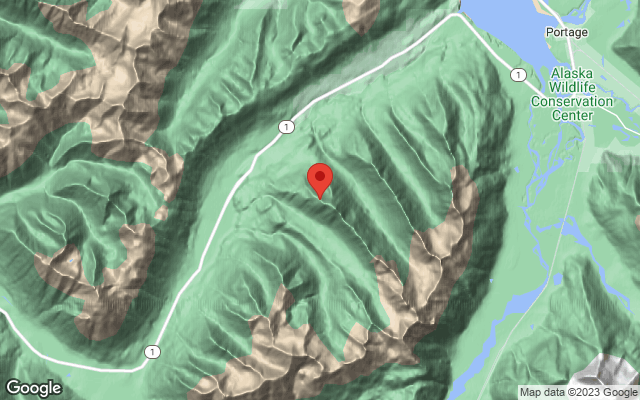