A group of us hiked to the top of North Bowl from the South Fork trail head.
There was no snow in North Bowl so we decided to ski the narrow cross loaded,
east facing gully directly back down to the South Fork trail. Myself and one
other skier planned to ski down the narrow strip of snow between the cross
loaded cornice and the tundra,to skiers right of the gully. I had seen debris
in this gully before and was very conscious in regard to terrain managment.
Meanwhile the three hikers with us walked down the tundra ramp on the other
side of the gully. When I made my first turn at the top of the line a crack
shot all the way down the cross loaded cornice, approximatly 300′, and flushed
most of the gully. The photo was taken by one of the hikers while we skied down
alongside the gully that had slid.
The average snowpack in the area was a couple inches of sugar on tundra. The
deepest part of the crown was almost three feet and the debris pile presented
some pretty big blocks with 2’x4’x3’dimensions. 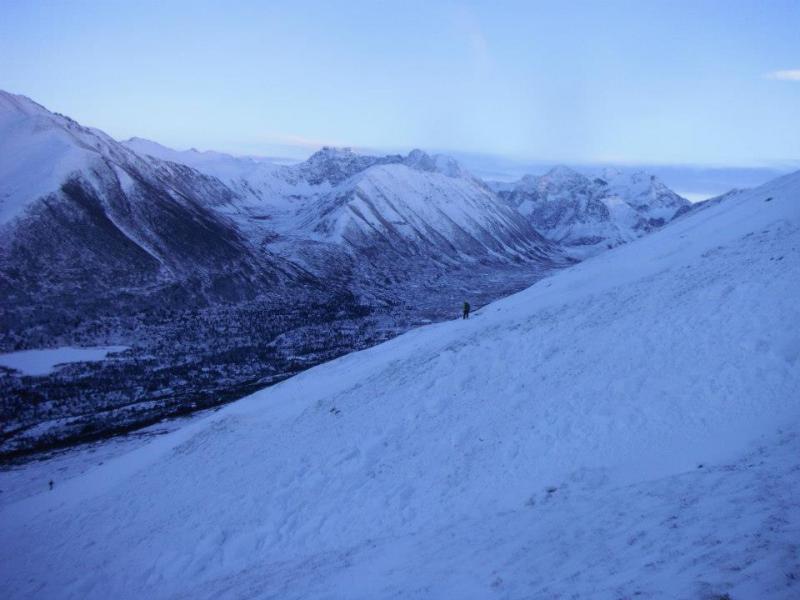 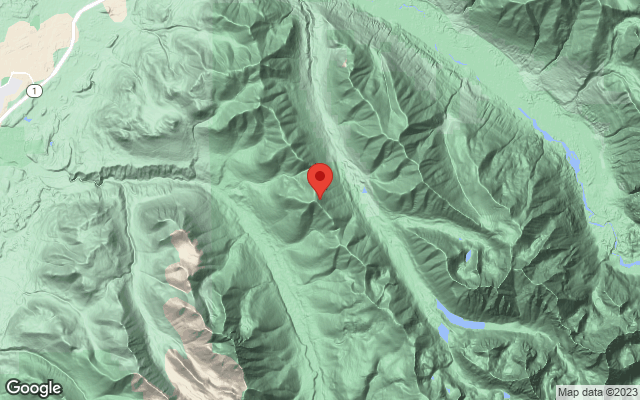