I parked at the lot directly near the closed-gravel gate leading to Summit Lake.
I skinned up to the first turn in the road and dropped down to cross fishhook Creek, And skinned directly to the multiple rises until the NE facing bowl below the Hatch Ridgeline.
I skinned over to Hatch Peak Proper above April Bowl where heavy cornices were forming and falling, causing 20 meters worth of downward debris.
I skinned over to $1,000, made the observation, then descended.
Heavy crust and windblown areas throughout, and warming increased from 10-5pm.

The most visually present sign of instability were the tracked out runs possibly from days prior, melting out towards rock.
With rising temps, much of the snowpack that I had been on the past 4 weeks, were variable, I consolidated and crusty just on the approach.
From conducting observation pits the past 4 weeks, the snowpack has had some massive fluctuation in the snowpack, or what was left in certain areas.
With the sun angle diminishing everyday also creates a slightly warmer aspect to sunshades areas above 3,500, causing warming up higher for southern aspects creeping into colder lower snowpacks.

Wind was building from 5 mph coming intermittently from southeast. Upon reaching ridgeline and Hatch Peak Proper winds were around 10-15, causing all of upper April Bowl to have wind-loaded cornices.
Temps were between 33 below 3,300 ft and slowly stopped to 28 near the ridgeline.
Sleet/nonsticking flakes started falling at 1545.

2,300 ft-2,600 ft:From the Hatcher Pass Parking lot moving slightly on the gravel road and crossing the Hatcher/fishhook Creek, the 80-90 cm that was present last week had warmed,
Settled and showed the scattered tussocks below.
A light crust was present but the entire 50cm snowpack had the same brittleness.
2,600-3,200: Harder crust on surface, light facet layer directly beneath, then unstable rounded polycrystals below.
3,200-4,300: variable conditions due to increasing wind loading. Many areas were a mix of wind blown, transitioning to rime, then deeper pockets with a light crust.
4,400 to 4,600 I encountered heavy windblown and settled powder where I conducted the observation on $1,000 Run.

I conducted one CT and one ECT which visually showed me two large slabs.
Both the CT29Q2 and ECTP25 propagated at the same polycrystall slab 40cm down.

There are two other melt-freeze crust layers throughout the snowpack that could possibly be fractured if enough weight was present or warmer temps continue without bonding. 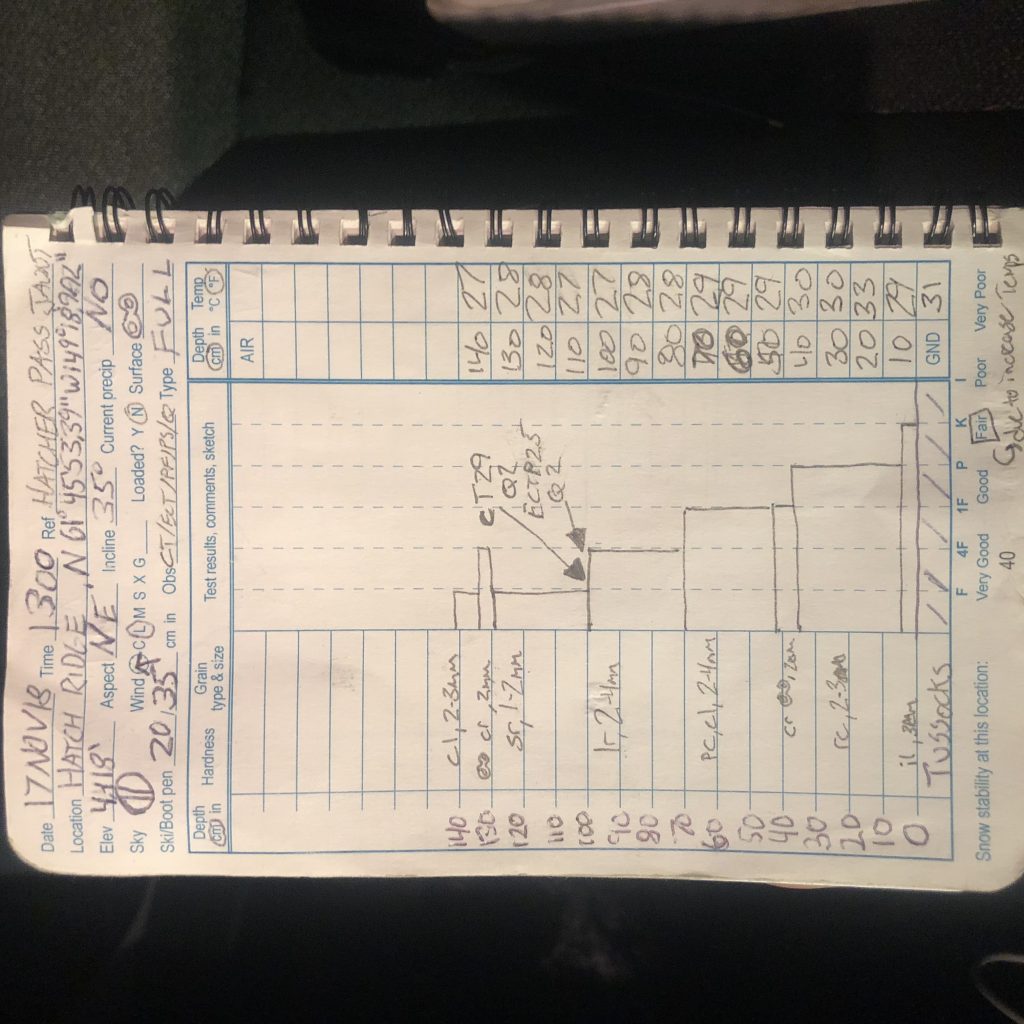 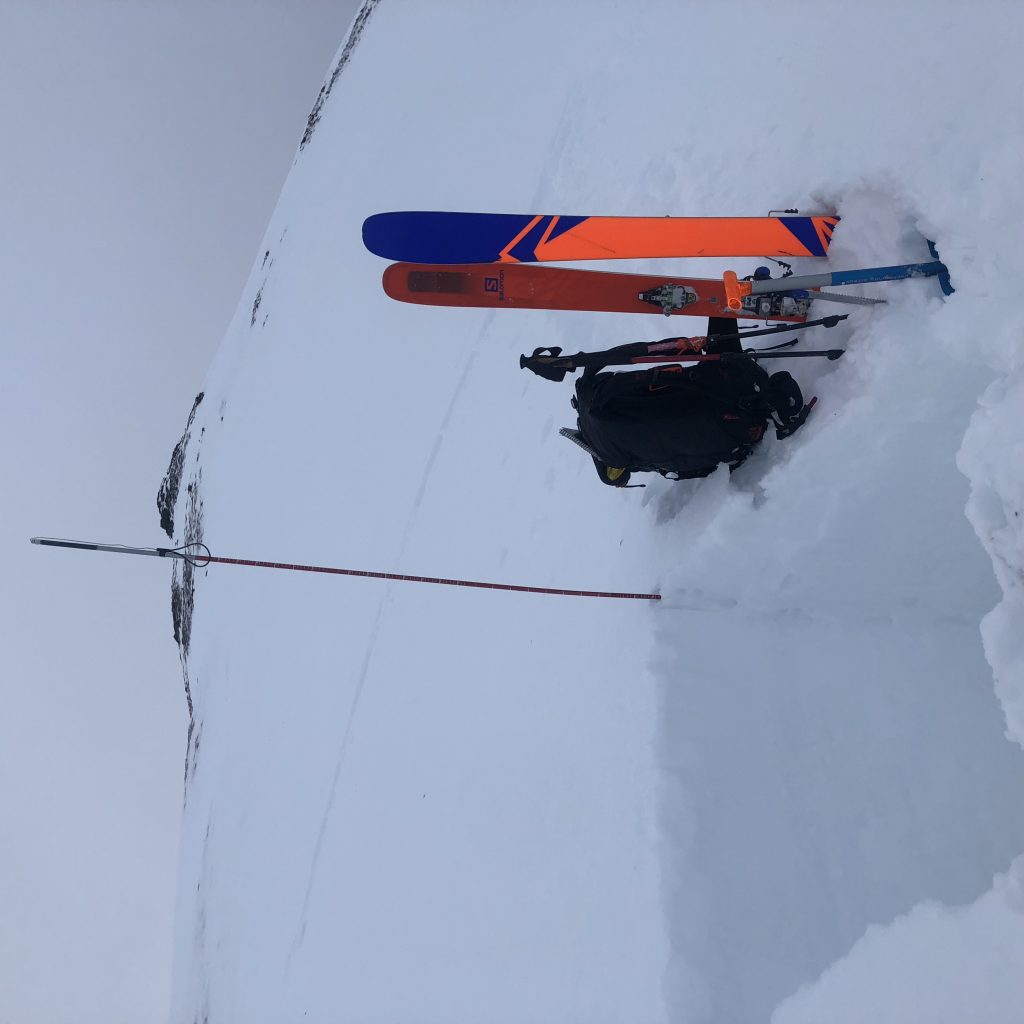 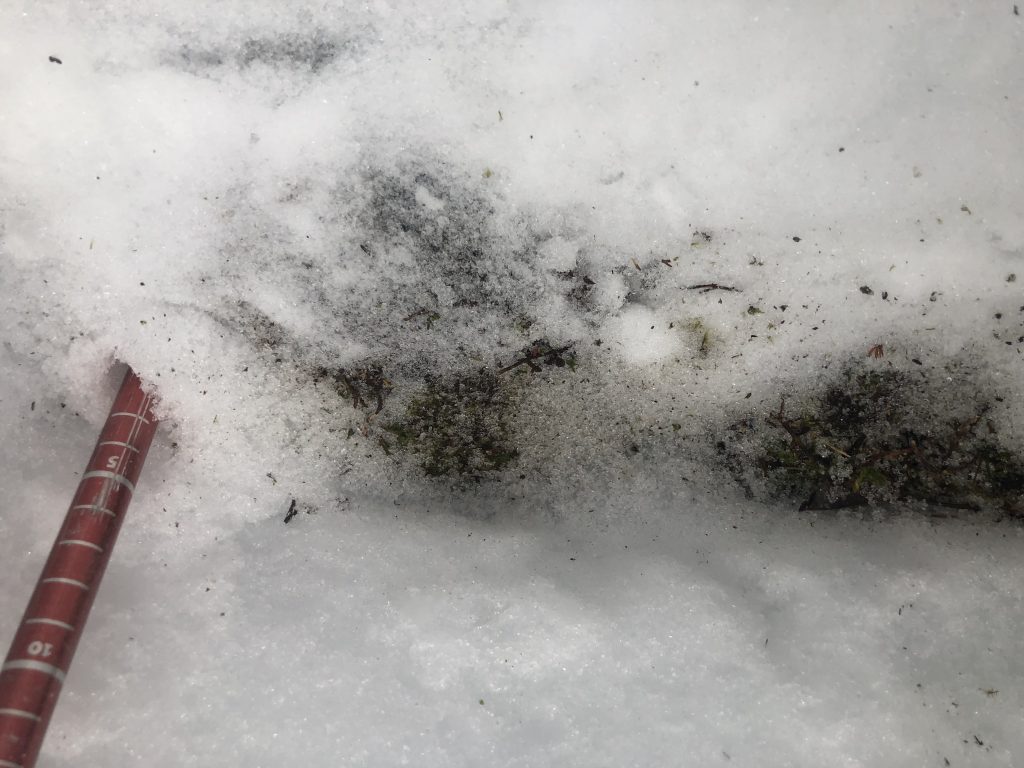 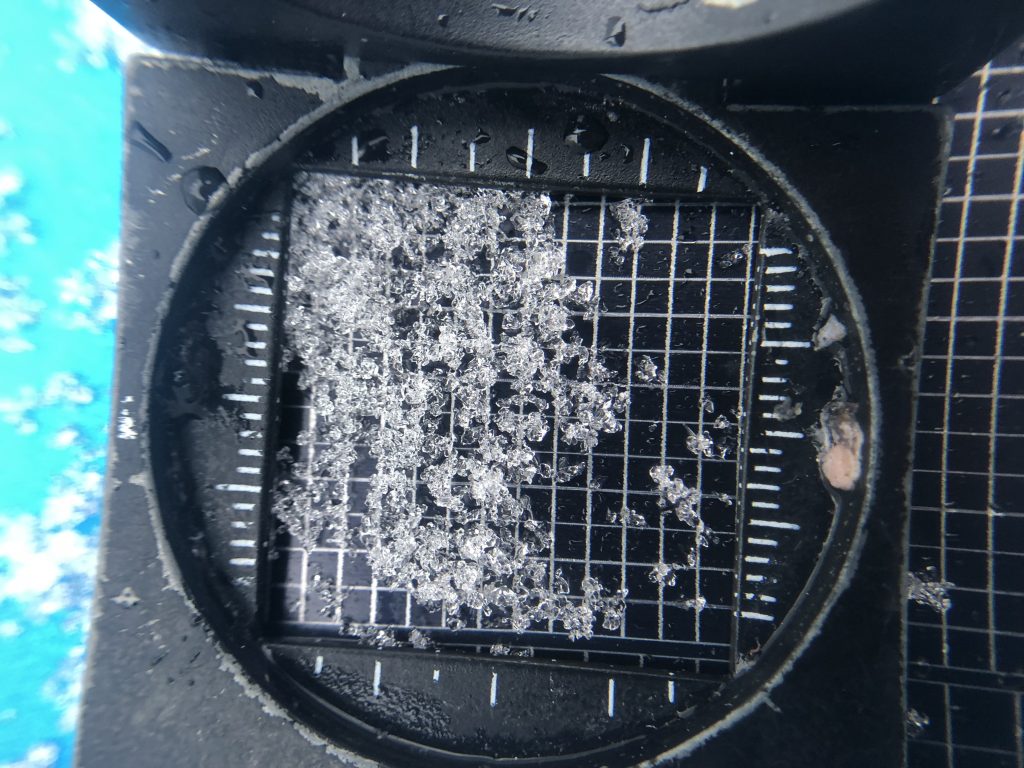 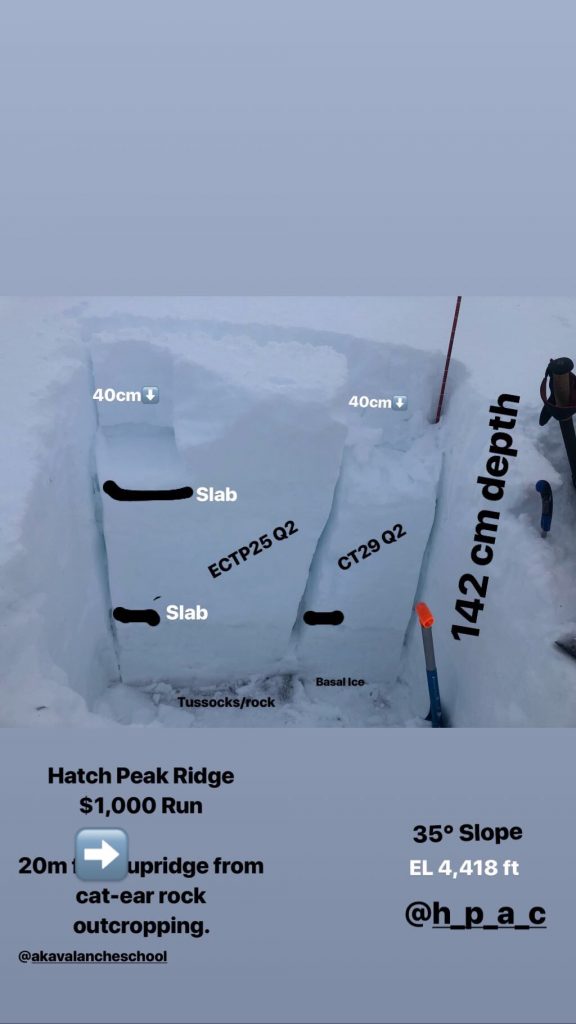 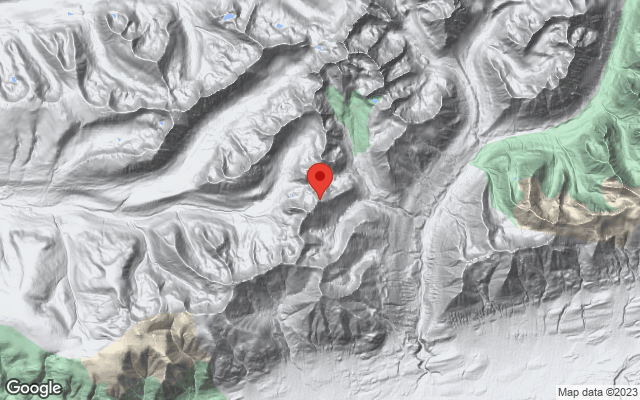