Toured up the Fishhook-Wasilla Road to approach Hatch Peak from the northwest ridge between April Bowl and $1000 run twice on December 9th, 2018.

We observed two slides on the West side of Marmot Peak as we were approaching Hatch Peak for the second time. The first slide was surprisingly slow moving and appeared to be remotely triggered by a group of people standing on top of the Marmot ridge. The second slide appeared to have been skier triggered as there were ski tracks leading into the slide path.

We also observed a skier who appeared to be solo also descend the West face of Marmot but we did not observe any triggered avalanches with his/her descent.

We observed point release/sluff slides in the Skyscraper area.

We heard collapsing in the bowl/low-angle terrain in the $1000/North face of Hatch Peak area.

We observed snow transport/wind loading from west to east. Snow appeared to be transporting from the April Bowl area (west of Hatch Peak), which was wind scoured and had a somewhat recent avalanche in it.

As we approached the northernmost subpeak of Hatch Peak, we saw the crown and very recent avalanche (within 10 mins) on the $1000 run proper. We descended to the rescue party who informed us that one person had been buried in the slide except for one arm exposed. His partner conducted companion rescue and no gear was lost or injuries reported. We stayed with the group involved in the avalanche and all of us skied out one-by-one together to mitigate risk of hang-fire and further incidences.

Very low density snow! Moderate wind-affect on the NW ridge of Hatch Peak but not severe. 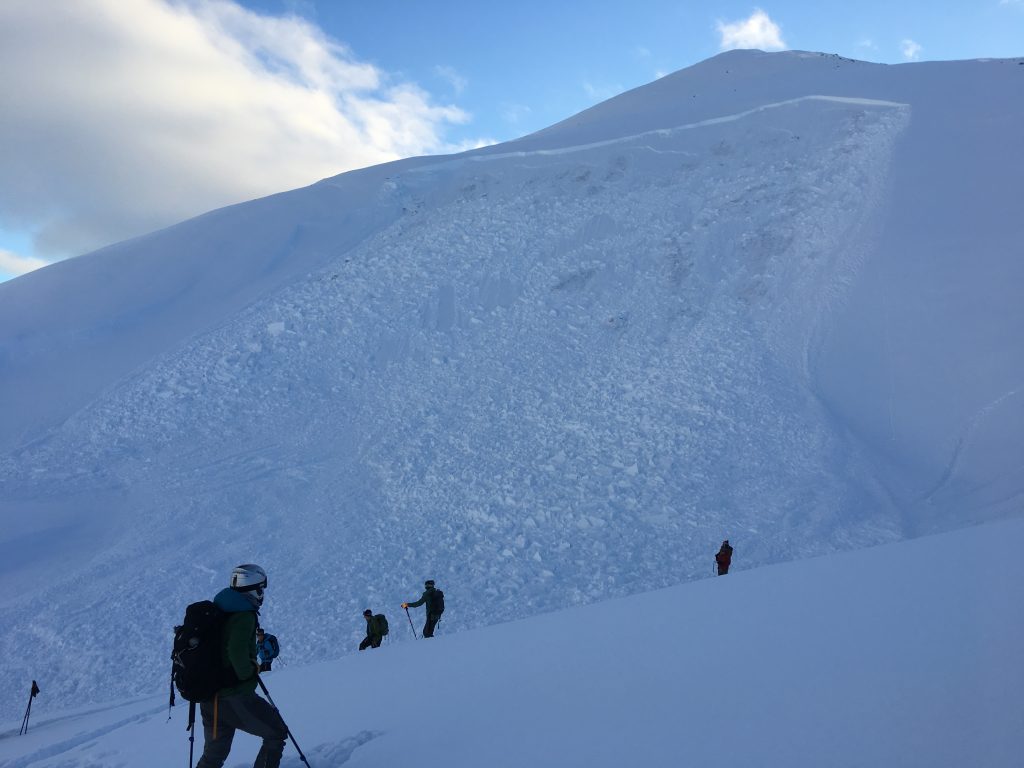 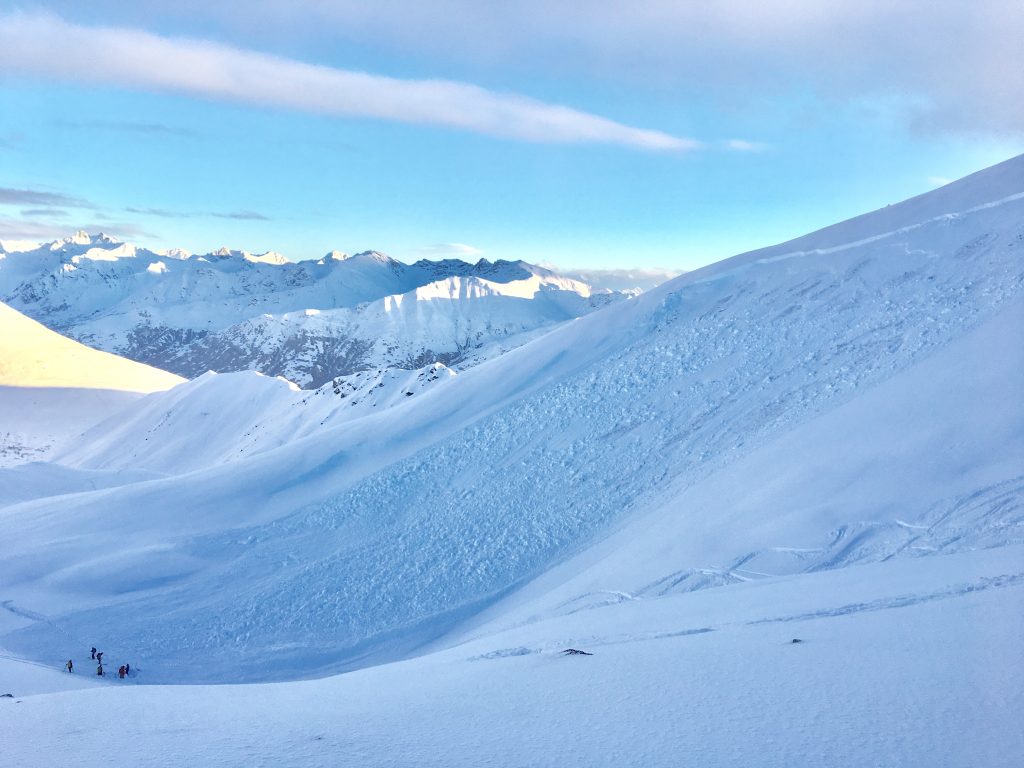 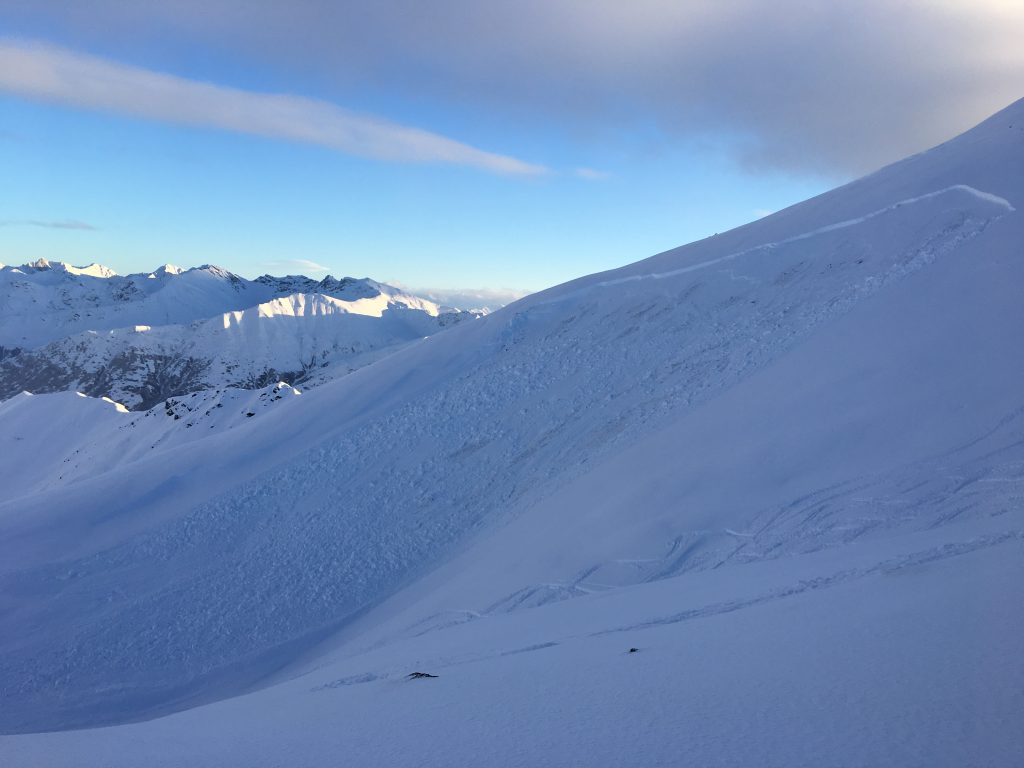 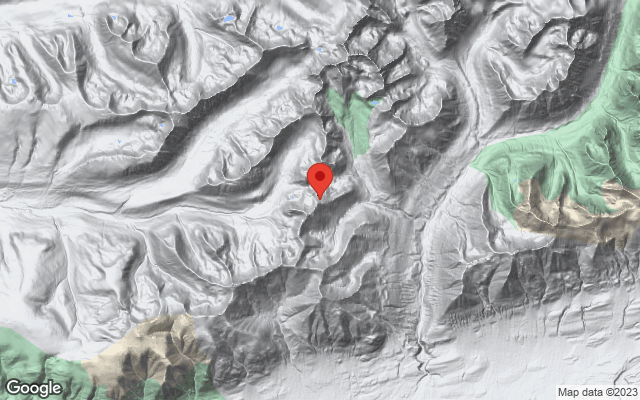