After a day of skinning and skiing, three users were heading back to the car and descended farther east than intended. While traversing across a slope back towards their planned route, the third person triggered an avalanche. While all users were level 1 certified, carrying appropriate equipment, and had practiced safe travel protocols throughout the day (including a snow pit assessment). They neglected to use appropriate travel protocols in this situation. The group’s focus had shifted from skiing safely to heading back to the car, and they did not consider the slope they traversed or travel using islands of safety, one at a time. Thanks to everyone that stopped and were prepared to assist in a rescue. We were very lucky today. Please be vigilant out there and remember that even with training you have to use your tools on every slope.

Three users descended further east than planned towards the road and were traversing back west across a slope to get back to the intended line of descent. The third person to traverse the slope triggered an avalanche and was swept down ~400ft. He was only partially buried and did not sustain any injuries. The second user was on the edge of triggered avalanche, but was able to get clear.

Had seen other avalanches triggered higher up on top of Hatch earlier in the day. One party member heard whumphing during the traverse of the slope that slid. Were aware that the slopes were wind affected.

Overcast. Upper 20s. Wind was mild at the time.

Dug a pit earlier in the day. Dug down 105cm to the ground. Snowpack was one finger consistently until 100cm down where there was a 3cm layer of ice just above the ground. ECT did not produce results. 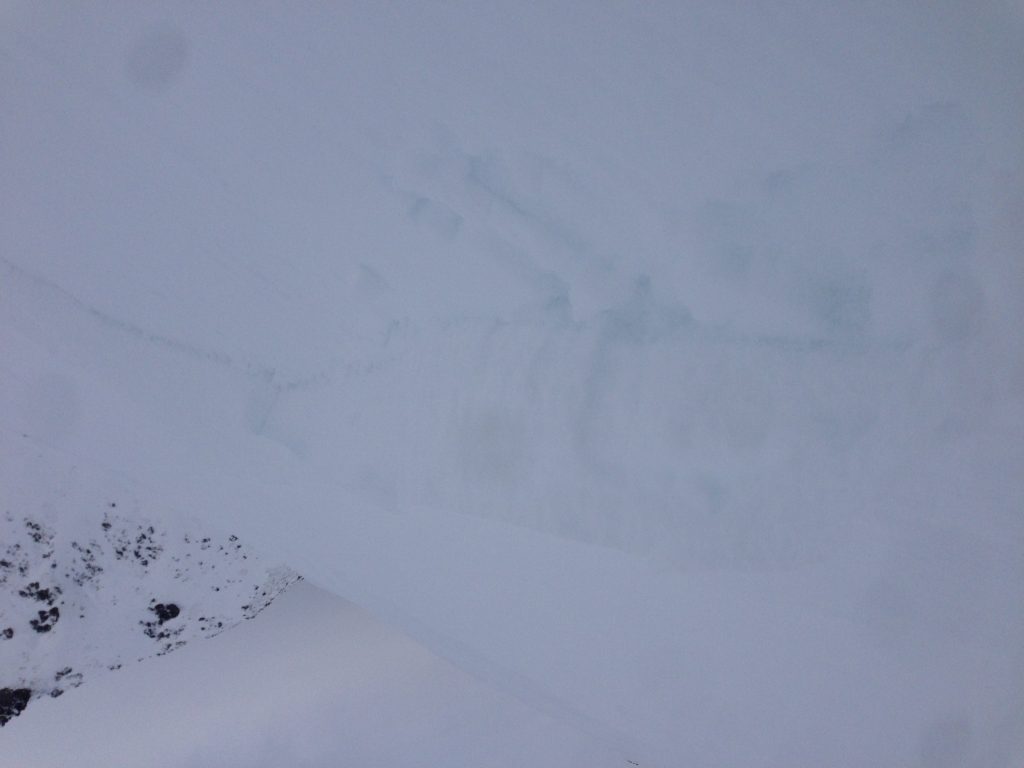 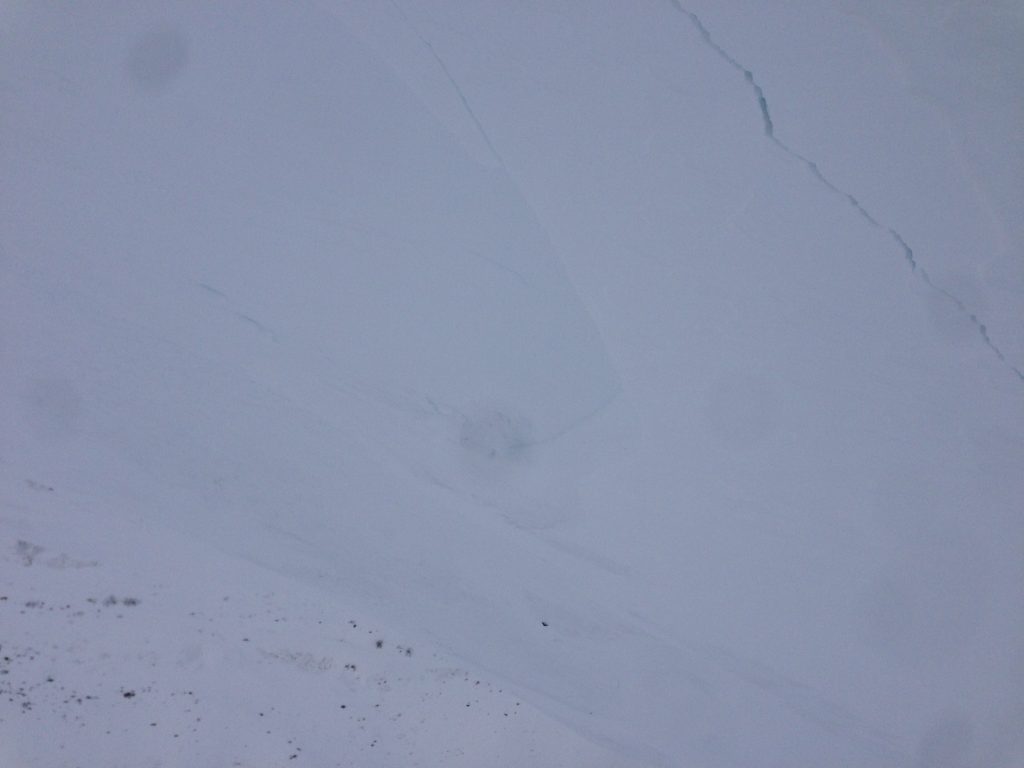 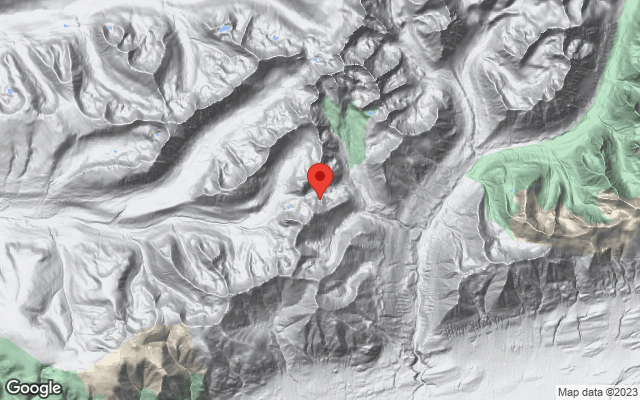