Accident report that follows was sent to CNFAIC. We are thankful for the positive outcome and the willingness for the person involved to share their story.

Accident summary:
The hiker reported he was familiar with the Harding Ice Field trial and that the route was easy to find and follow. He had checked the weather noting that it was forecasted to snow and that Saturday would be a nice day. The plan was to hike up the Harding Ice Field trail on snowshoes and camp somewhere near the ice. The snow got deeper as the hiker climbing in elevation. About an 1/8th of a mile below marmot meadows he came upon a drift snow that he could not climb over. He reports the snow was up to his thighs with snowshoes on. He shoveled through the drift and continued 300 yards further and ran into another drift. The hiker said he had a bad feeling in his gut but decided to keep going. While shoveling though new and old harder snow he took a step with his right foot and felt the slope give way. He reports being on the flank of the slide and his snowshoes were caught. He estimates traveling about 200 yards, hitting three trees on the way down. He hit his left shoulder, ribs then head. His snowshoes were the only thing buried when he came to a stop.

Rescue summary:
The hiker was able to dig out his snowshoes and walk back up to the crown to retrieve his pack. He hiked down the trail and camped near Exit Glacier before hiking out the next day. He went to the doctor and was diagnosed with a mild concussion and bruises.

Hiker carried a shovel, had intermediate avalanche training and was an experienced mountaineer.

No red flags observed by hiker. 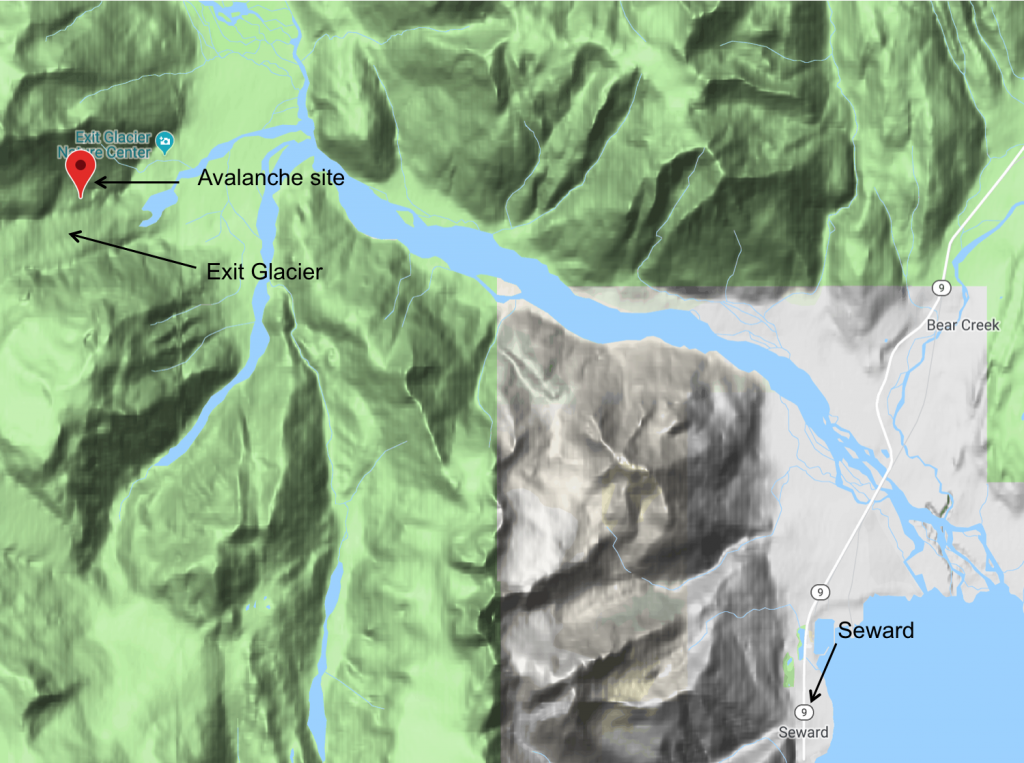 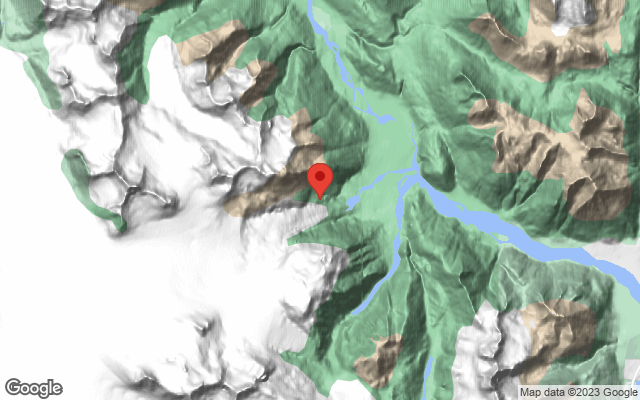