Rode in the Grandview region today. Noted several old and some new(ish) large slab avalanches from the recent storm cycle and wind event yesterday 2/23. Also noted two fresh slabs that appeared to have been remotely triggered from some distance away. The smaller of the remote triggered slabs is just up-ridge of the site of the double fatality ten years ago on Feb 13th, 2010. That report can be found at the link below and on our accident page:
www.cnfaic.org/accidents/grandview-mile-45-alaska-railroad

One very large slab avalanche (E facing ~3000') and one large slab (E facing ~2,200') were seen from the flats in Grandview today (Feb 24). These we found out later were remotely triggered from quite far away. They look to be 3-4+' thick and likely released on the old buried January faceted snow that has been the culprit in the many large slabs seen during the past week.

Recent avalanches. We stayed in the flats away from avalanche terrain.

Sunny and cold. Temps were in the single digits.
Easterly winds along ridgetops were creating some plumes on the higher terrain.

2-3' of settled storm snow from the past week. Excellent riding conditions. Again, we stuck to the flats at an elevation between 800-1200'. Wind effect was evident in the higher terrain.

We dug one quick snow pit to see how deep the weak January faceted snow was buried.
1,000', east aspect, snow depth ~250cm (8 feet)
January facets sit around 125cm (5 feet) deep. No tests performed. The slab on top is right side up, going from very soft power on top (fist hard) to 1 finger hardness above the facets. The facets were around 4 finger hard and intermixed with degrading old crusts.
Other than the January facets buried so deep, no other signs of instability were noted in the top 5 feet at the lower elevations. 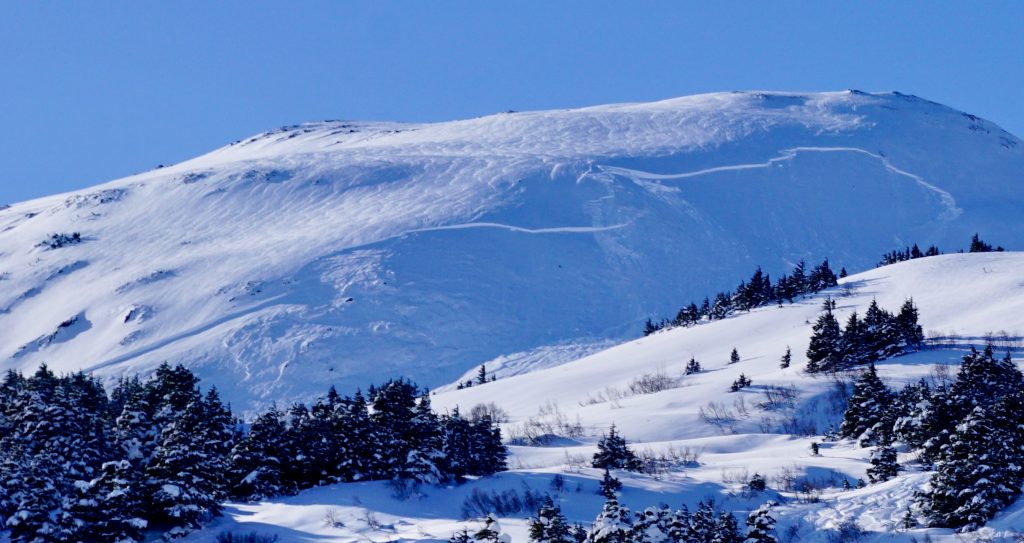 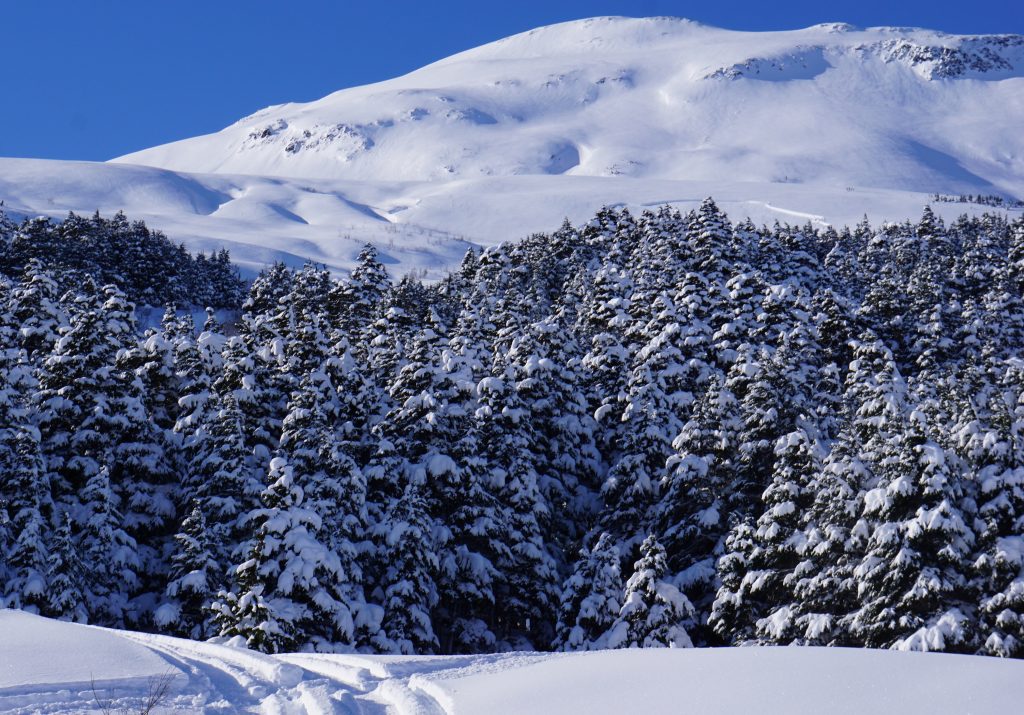 Smaller remotely triggered slab, crown just visible above trees. Just to the looker's right of this slab along the same ridgeline is where the 2010 accident occurred referred to earlier. 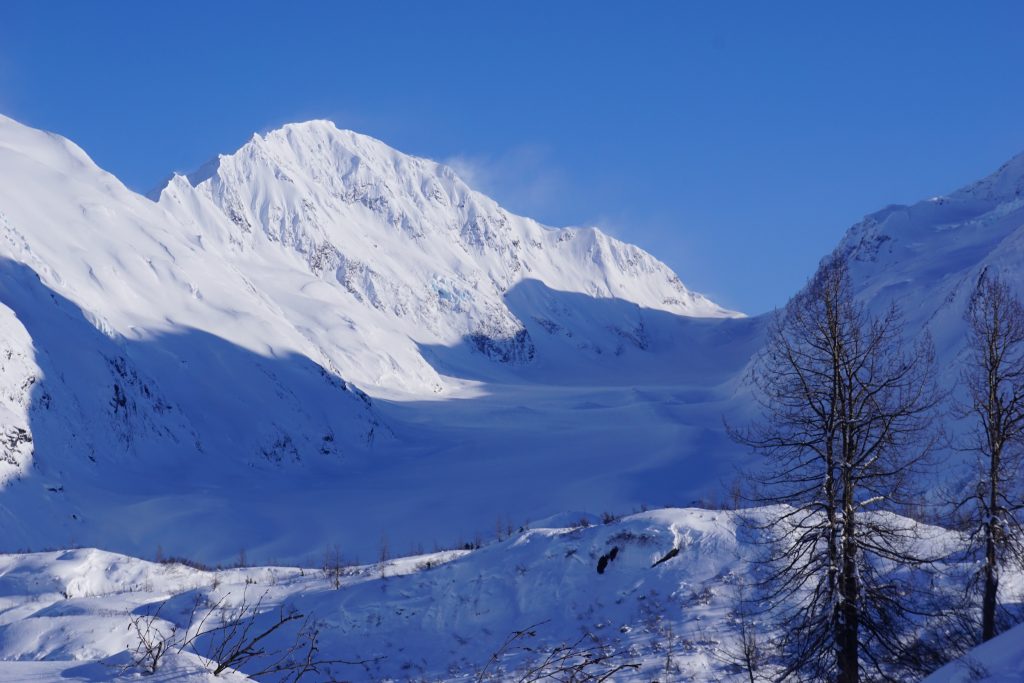 Winds blowing snow along the high peaks above the Bartlett Glacier that sits in the middle of photo. 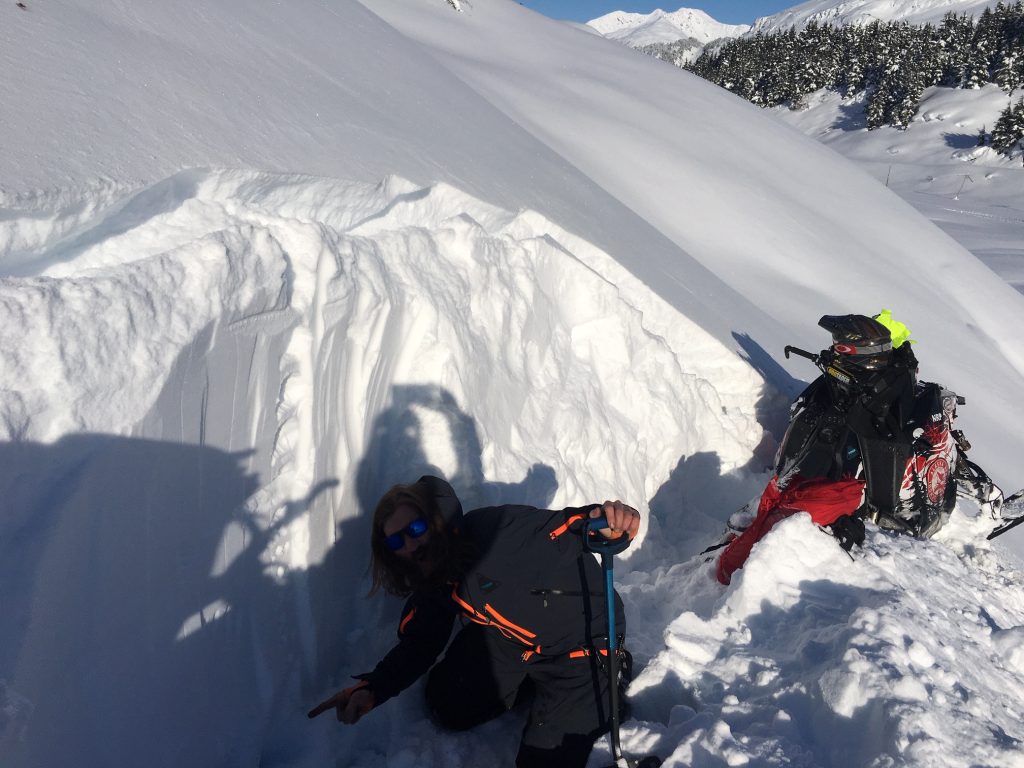 A look at the snowpack structure. The January faceted snow sits roughly 5' deep at 1,000' in a fairly wind sheltered roll. 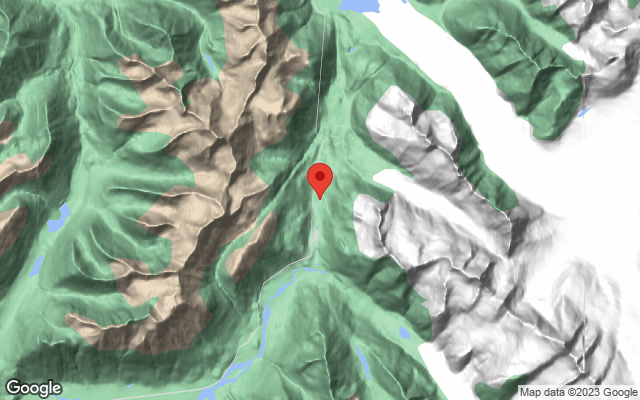