4-25 skied up bertha creek and up north ridge of granddaddy. Once on the ridge
we began to hear quite a lot of whoomphing. at the large flat spot before the
final bump up to the summit, we heard multiple very large whoomphs. no cracking
or any other signs of instability were observed, but the freguency( almost the
entire way up the ridge), and size (my partners 200 feet behind me said they
heard the sound of the whoomph shoot down the ridge well behind them multiple
times), caused us to turn around just short of the summit and ski back down the
ridge.

4-26 skied up manitoba. once we got above treeline, we began to hear the same
frequent large whoomps as the day before. we dug down and as expected found the
problematic layer to be just below the 6 inches we received a few days ago.
seemed to be failing in a layer of facets just below a melt freeze crust that
had formed during our long stretch of clear weather. got no propagation in our
ect, however in our pst we did get a propagation to the end of our column well
before the saw made it to the half way point about 6 inches down. although we
didn’t feel like anything was going to release on a slope of that angle, and
lacked the depth to be a real hazard, the almost constant large whoomping was a
bit unsettling. 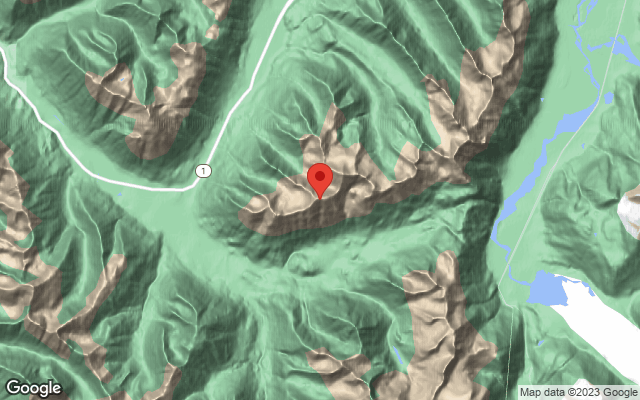