Started from the Guardrail Trailhead, followed Corn Biscuit common up-track until above treeline before cutting toward Bertha Creek Drainage, followed drainage toward the base of Grandaddy Couloir. Decided to bail on Grandaddy Couloir shortly after getting above the apron at 3,400′ due to active wind loading/wind crust and instead skinned up the South ridge of Corn Biscuit, which was extremely firm and icy. Skied the west-facing Corn Biscuit/Magnum bowl before returning to the Trailhead. Additionally, observed active rockfall near Granddaddy couloir.

Observed evidence of multiple recent Glide Avalanches on the South face of Corn Biscuit as well as the East face of Seattle Ridge.

The snow surface did not appear to freeze overnight at the trailhead at 800' and remained moist and soft with ski penetration of ~10-15cm up until 1,600'. From 1,600'-3,000' the snow surface was moist but firming up with ski penetration varying from ~1-3cm. The snow surface at the apron of Granddaddy Couloir at 3,200' was wind-packed and had formed a ~2-3cm thick crust which steadily grew thicker as we gained elevation. Before deciding it was best to turn around at 3,400' the wind crust was roughly ~5-6cm thick. Snow surface conditions on the South Side of Corn Biscuit were very firm and icy, making skinning rather difficult. Ski crampons would have been helpful here.

Did not conduct any formal stability tests. Observed active wind transportation of snow at 3,000' and above, caused by the E/NE winds. The couloirs along the North aspect of Grandaddy showed signs of wind loading and cross-loading. 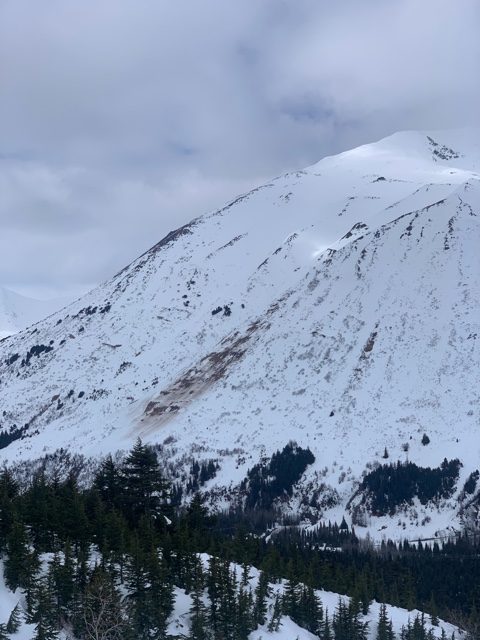 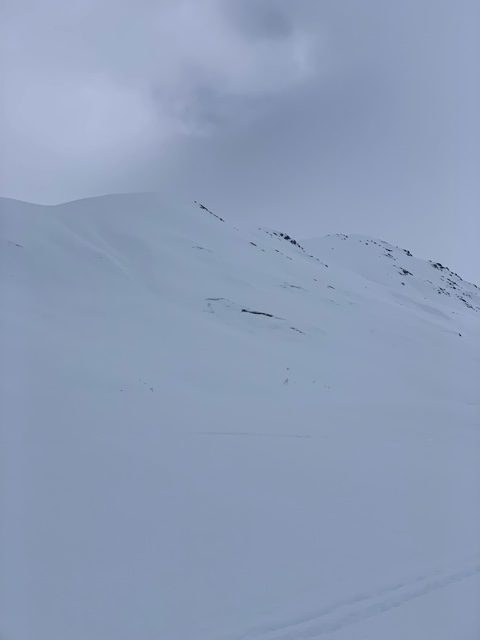 Glide Cracks along South side of Corn Biscuit 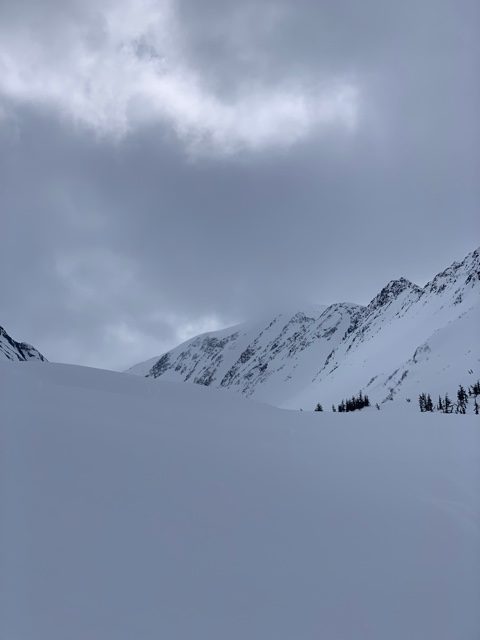 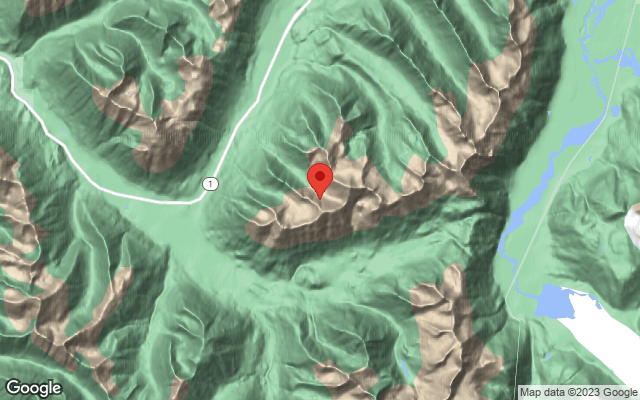