One photo (at the pin location) of a probably dayish-old natural slab at ~3200′, probably consisting of the new storm snow sliding off some rock-hard windboard or the mid-Jan crust or similar.

Three photos of a forested 28-degree southern slope at 1350′ with a technically interesting natural network of failure-cracks. There is an inch-thick cohesive but weak and crumbly layer (just above the ski pole). Above that layer is the 1.5 day old snow; below that layer is just loose shlarg. The plane of failure is the new snow/inch-thick layer interface.

Observed a little bit of melt freeze crust on top of the new snow at 2700′ on a sunny steep spot. It formed when the sun came out yesterday afternoon. 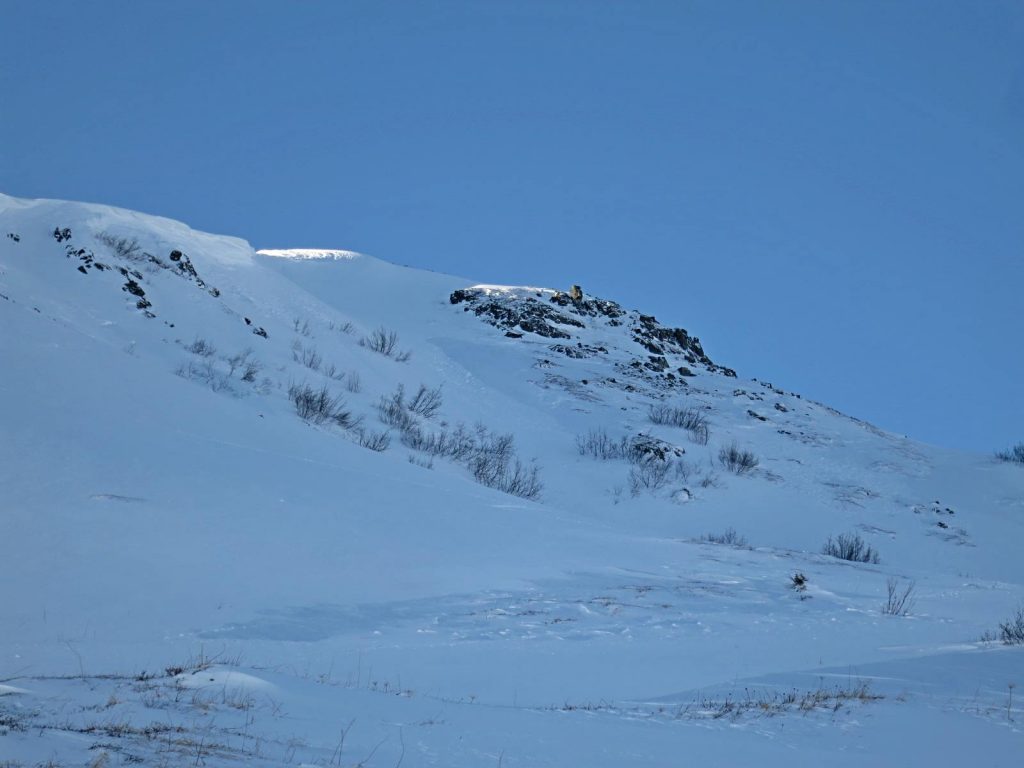 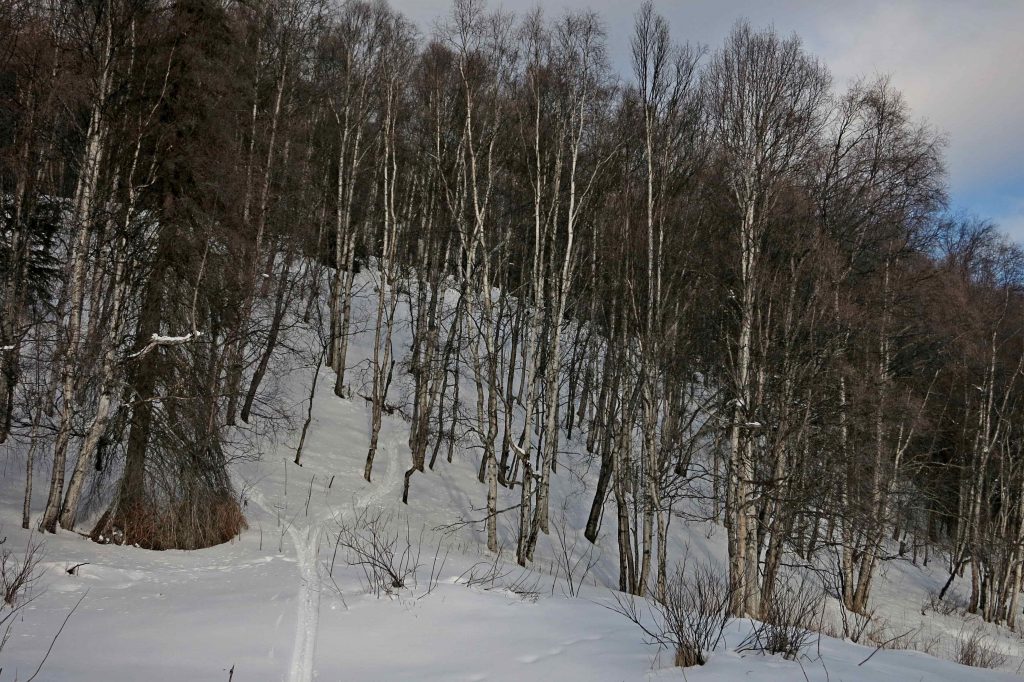 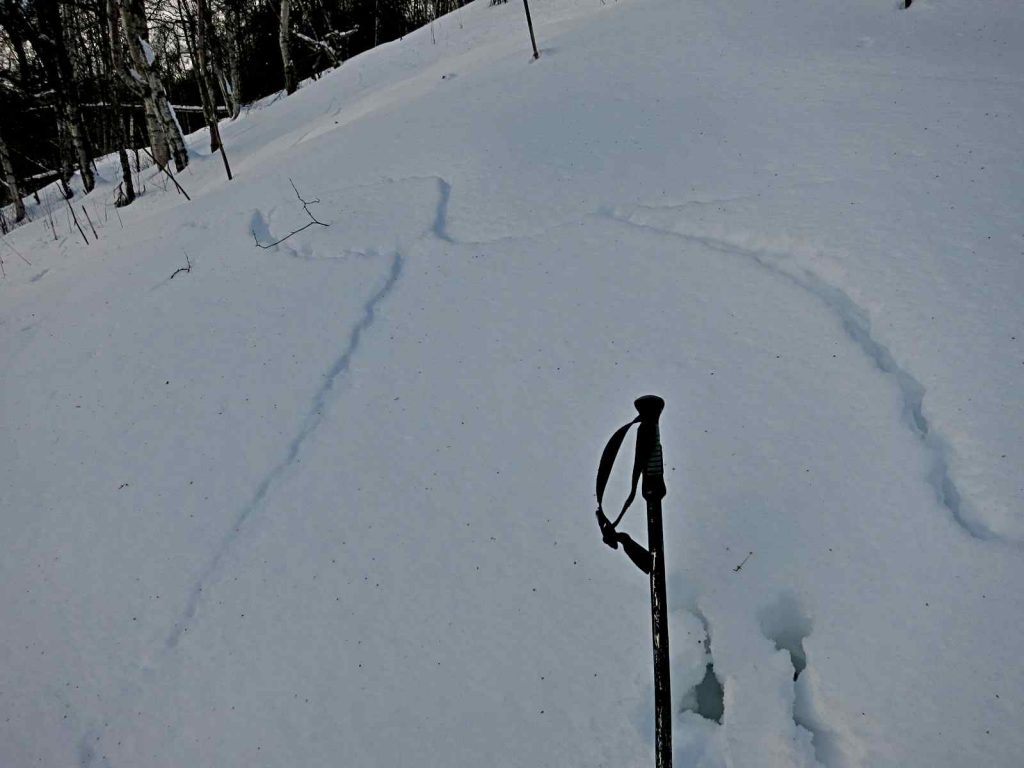 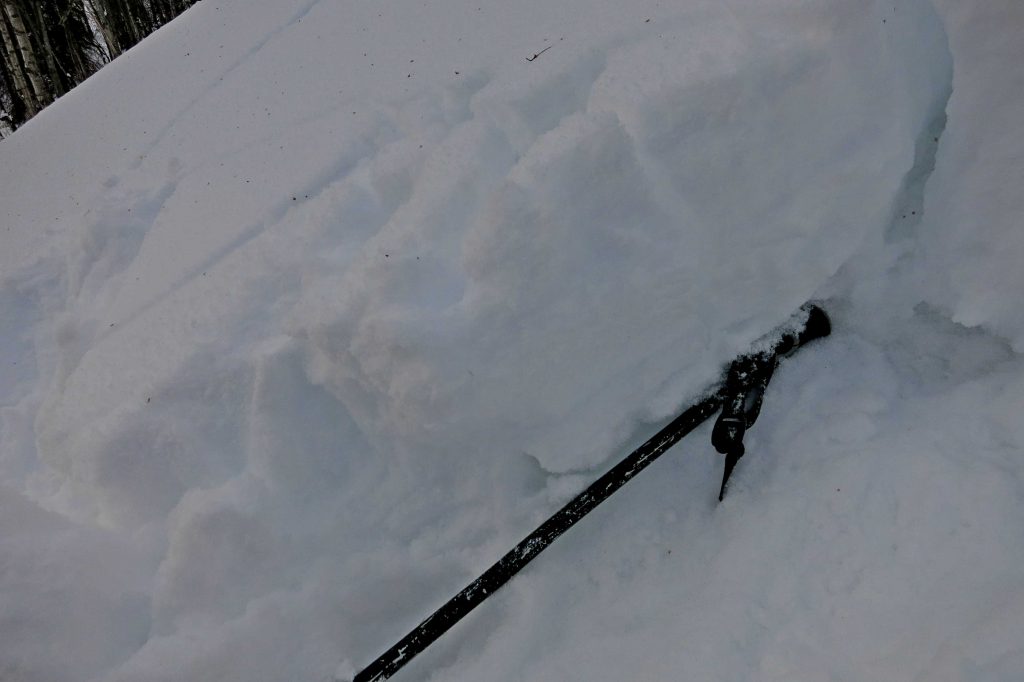 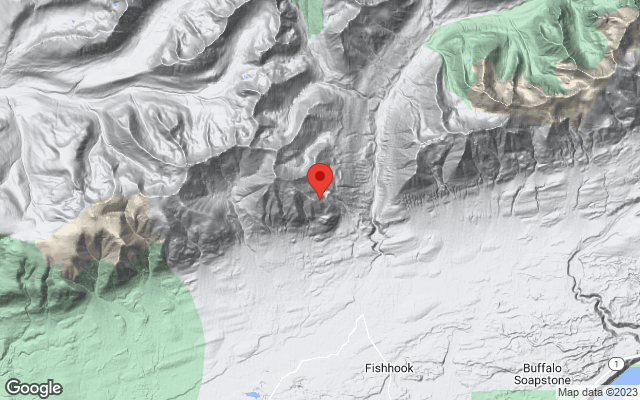