Near-miss summary from the Gordon Lyon avalanche on 04.01.2021. This was a very large avalanche that caught two people but luckily did not result in any serious injuries or worse. Thank you to three individuals from different groups in the area that shared information, photos, and videos of the day’s events.

In addition to the party that triggered the avalanche, there were two other groups in the area that witnessed the event. To make it easier to follow the details of the avalanche, we have labeled the three groups as follows:

Details from Group C:
"The whole slope released, then sympathetically triggered the next bowl to the west. Crown depth was estimated at most 2.5 to 3ft, but as shallow as 1ft. All slope ran to valley bottom. The sympathetic slide off Gordon Lyon proper had greater velocity and ran farther. There is still a lot of hangfire; we could see a 40 yd crack extending laterally from the crown. "

One of the people on scene measured an alpha angle of 17-18 degrees, which means the avalanche ran very far.

Event as observed by Group B:
"We, a party of two, skinned up to the top of Gordon Lyon and decided to ski back into Tequila Bowl instead of dropping into the north side. We then skinned back up to the next gut to the west, between Gordon Lyon and the Nike site. We observed the last two of a party of three [Group A] ski that shot and then followed ourselves. As we were starting to skin up the ridge to the west that is below the Nike site, we watched another party of three [Group C] ski the next shot to the west. [Group A] decided to skin back up the ski line, but worked more onto the face to the east. When we were most of the way up the ridge, we looked over and saw the slope begin to slide. We also observed the slide propagate sympathetically onto the face of Gordon Lyon. The third member of [Group A] was caught, carried and buried, and the second member appeared to be caught and carried but was able to self arrest."

Event as described by Group C:
"[Group A] skied into bowl north of arctic valley. They proceeded to skin up a NNW slope approximately 25 to 30 degrees. The slope ripped as they were less than half way up. 1st skinner was off slab (above and to side), 2nd and 3rd skinners were caught and carried. 1 deployed avy bag and remained above debris, he was able to free himself. Second (unsure if they had avy bag) was carried and partially buried with head and at least one arm above debris. The avalanche sympathetically wrapped around to the bowl just below and to north of Gordon Lyon proper, and that whole bowl ripped, with slide debris extending well down the valley."

Rescue as described by Group B:
"We transitioned to ski mode and skied back down our skin track, cutting over to the slope that had slid in order to be near the last known position. By the time we were near the toe of the slide, one of the other members in [Group A] was actively searching and [Group C] was actively searching the lowest part of the toe. We saw the jacket of the buried individual not far from the active searcher from [Group A] and tried to yell directions to the searcher from our position, a hundred yards away, which proved to be ineffective. Side stepping up the hill to the buried individual, it became apparent that it was their head above the slide debris. I don't believe that it was there when the slide came to rest. As we neared the party, it was evident that the buried individual was able to self rescue and was not injured, so we increased our distance due to possible hang fire. [Group C] continued around the corner to verify that the slide on Gordon Lyon was a sympathetic release and that no others were involved."

Rescue as described by Group C:
"We had just transitioned after skiing to the west a bit farther and opted for a safer up-route. [Group B] was farther up the track we were going to follow. Our party was able to start a beacon search of the lower debris pile until the partially buried person was discovered. We were able to witness it incidentally from across and above about 200 yards away."

Partly cloudy to clear. Temps in the low teens with wind ~10mph.

From Group B:
"A few inches of soft snow lay on a variety of surfaces. Near the ridge line on Gordon Lyon we found it to be more slab-like over a weaker layer. At the top of the run that we skied after the party of three, it was a little soft snow over dense, nearly impenetrable crust." 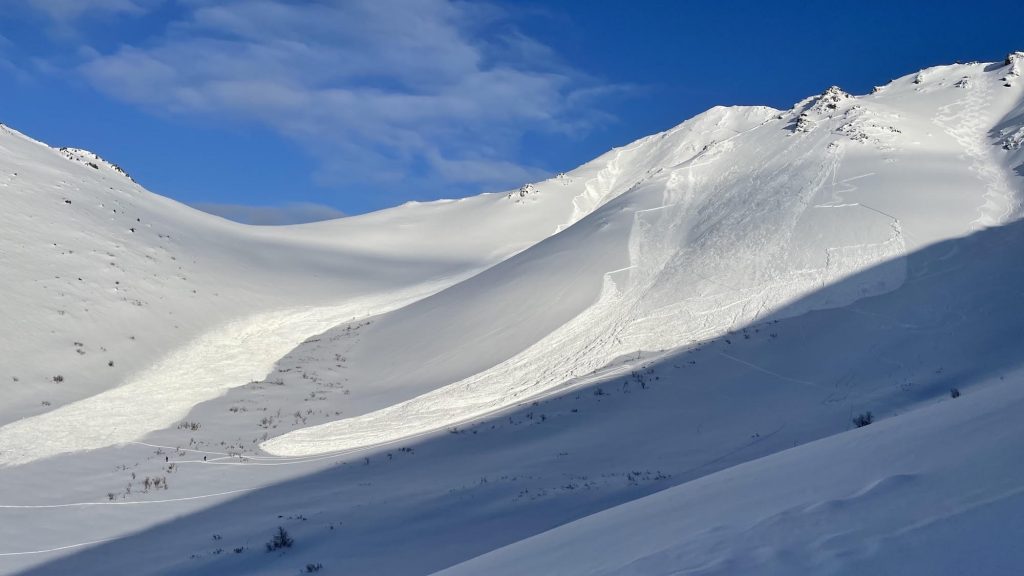 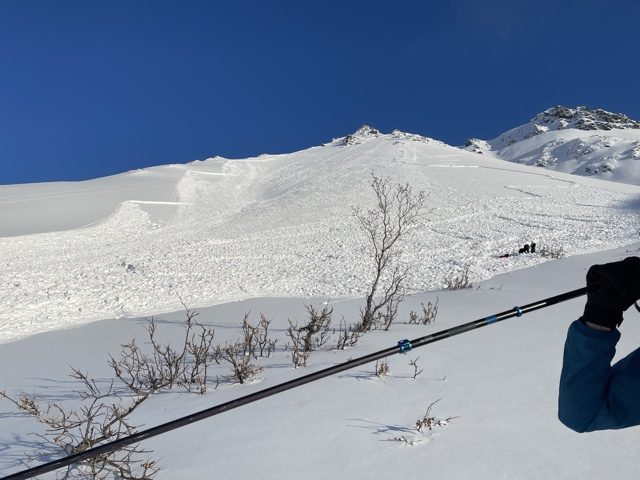 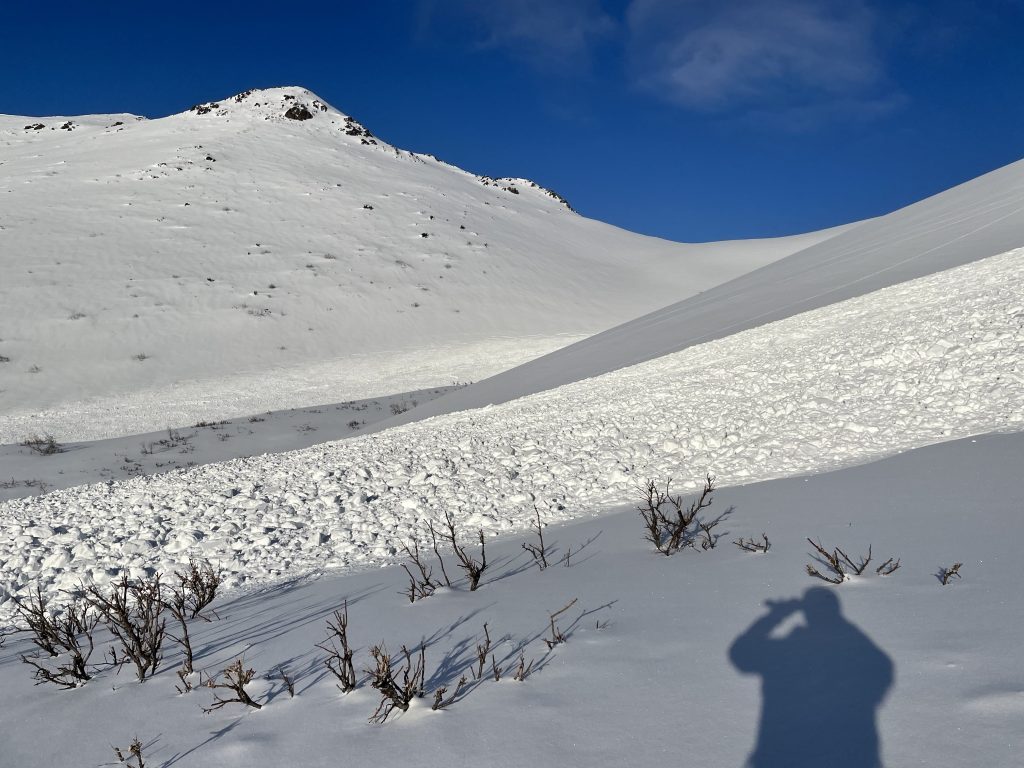 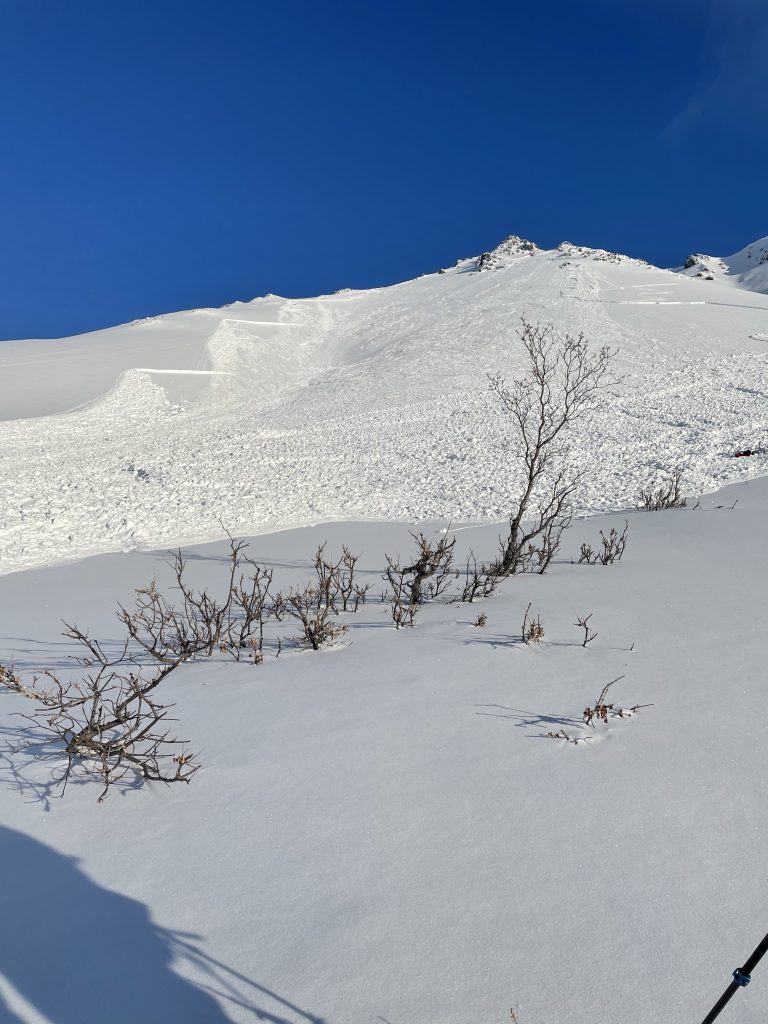 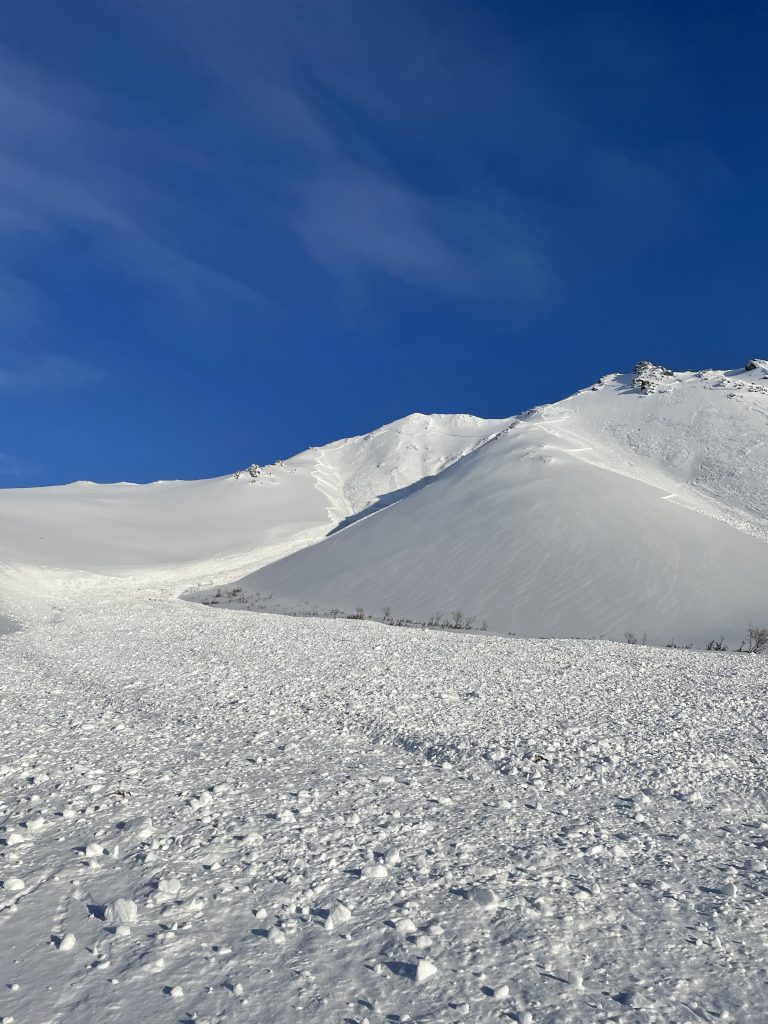 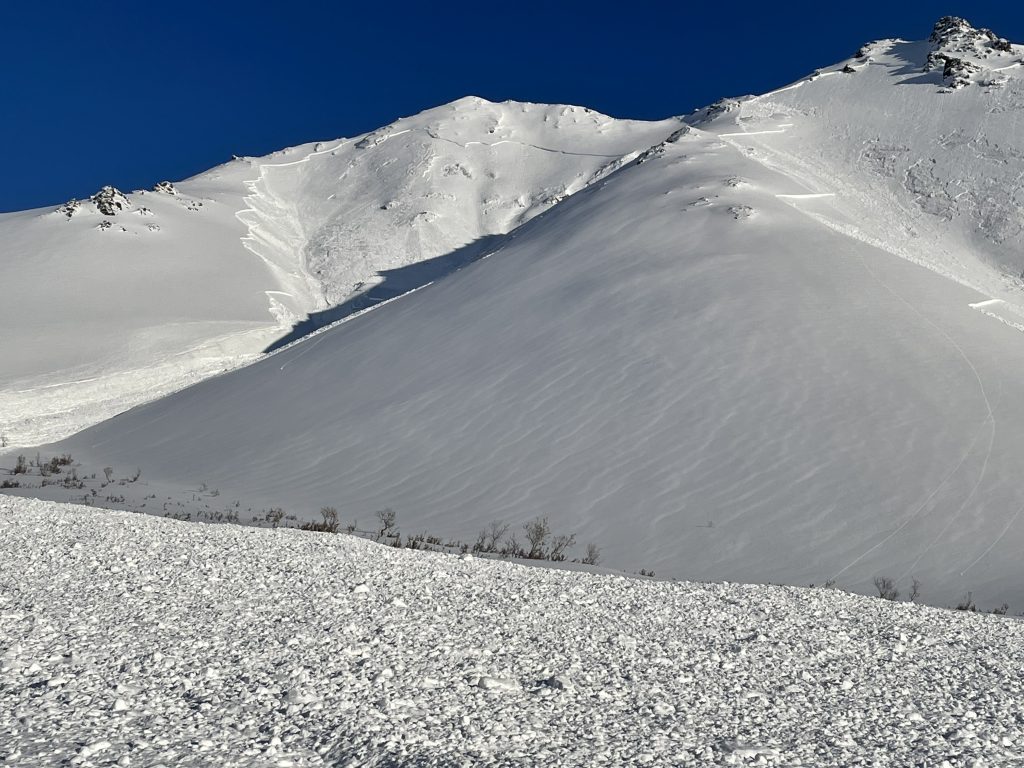 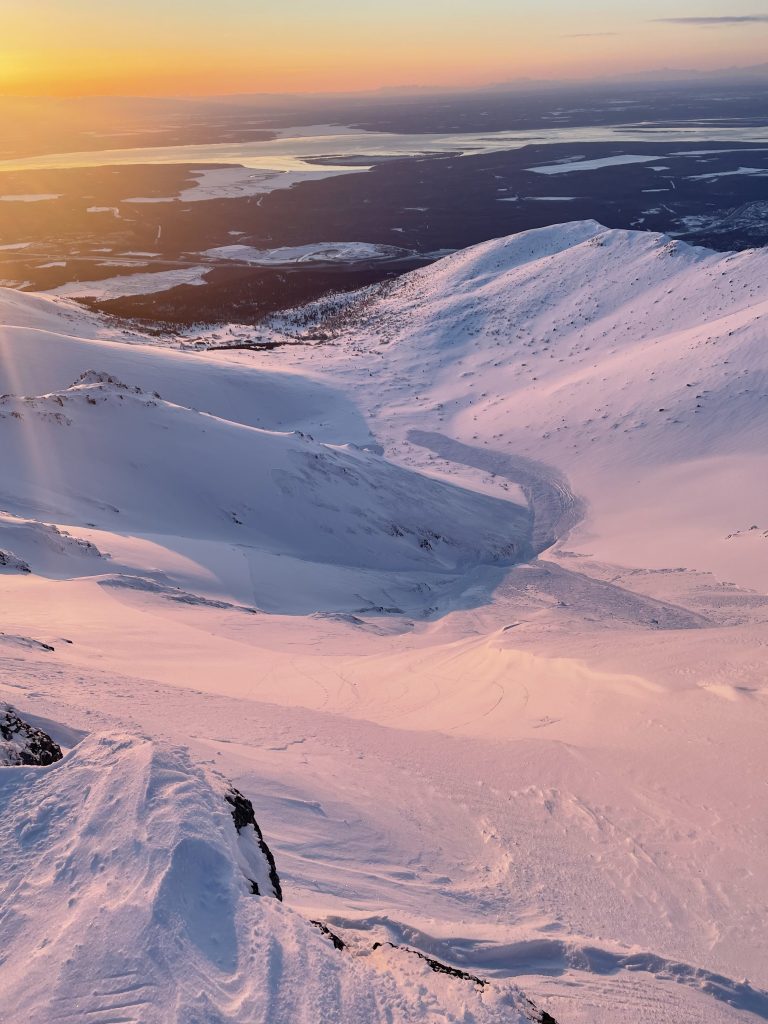 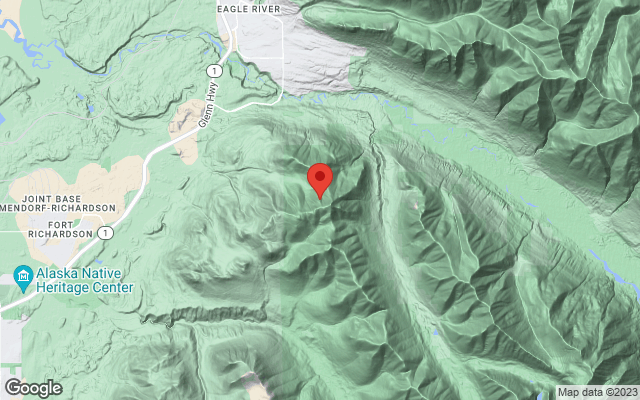