We toured up taylor pass and onto Goldpan on monday. we skied various lines
in Goldpan, including the predominant spine where the cornice released. As we
were skinning back over to Magnum a group of 3 began to ascend into the gut of
that we had skied and proceeded to climb up and over the cornice onto the ridge.
they then cut a fairly large piece of the cornice which caused the looker’s
right side of the “chute” to release (perhaps the looker’s left as well, though
we couldn’t see from where we were standing). we were on top of magnum at the
time of this and witnessed a powder cloud for a second, though it disappeared as
the fall-line goes away from magnum. the person that cut the cornice, from our
vantage, nearly fell with it. the other cornice failure (the one on the nearer spine
in the photos from the previous observation) was presumably natural and from the
last storm cycle. 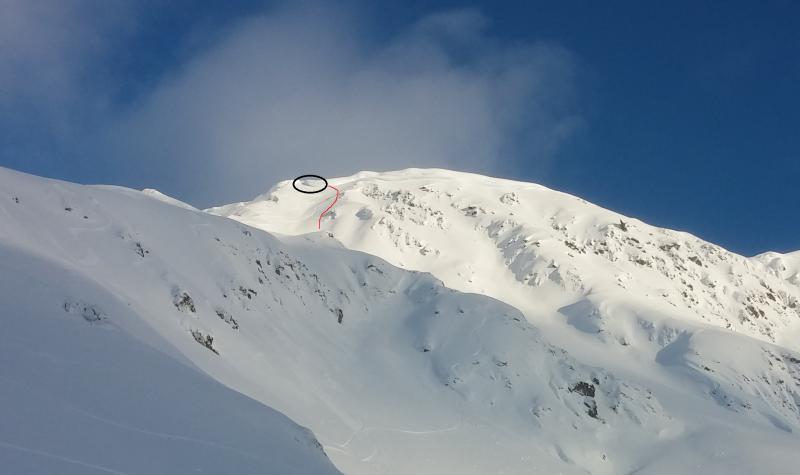 this is the section of cornice that was cut, and the general area of crown that we could see 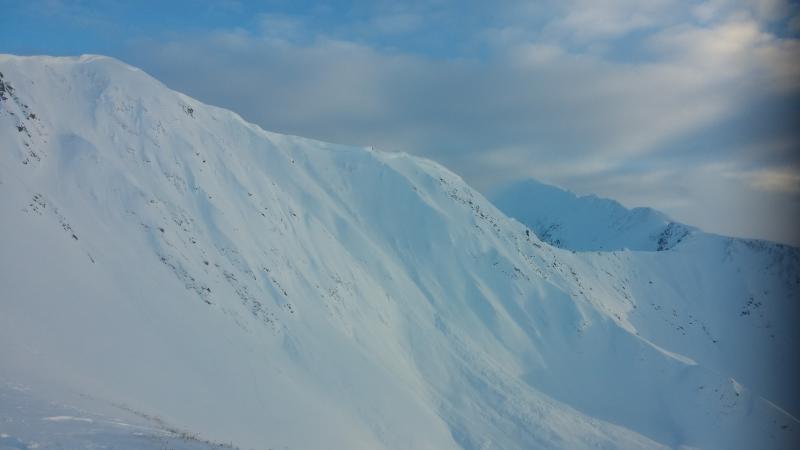 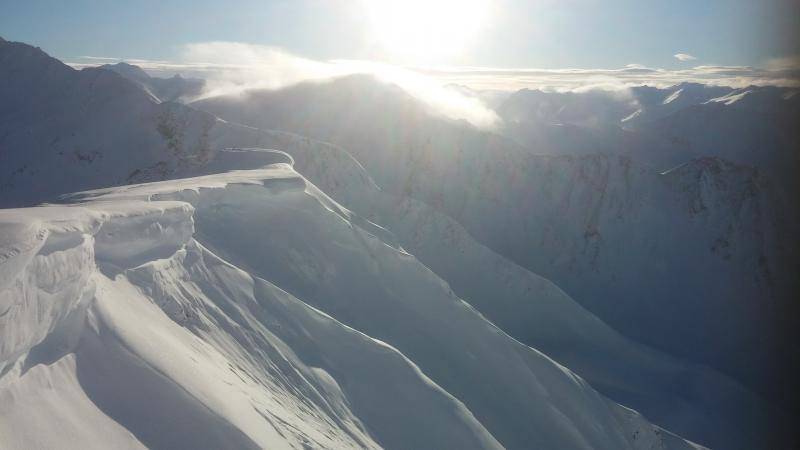 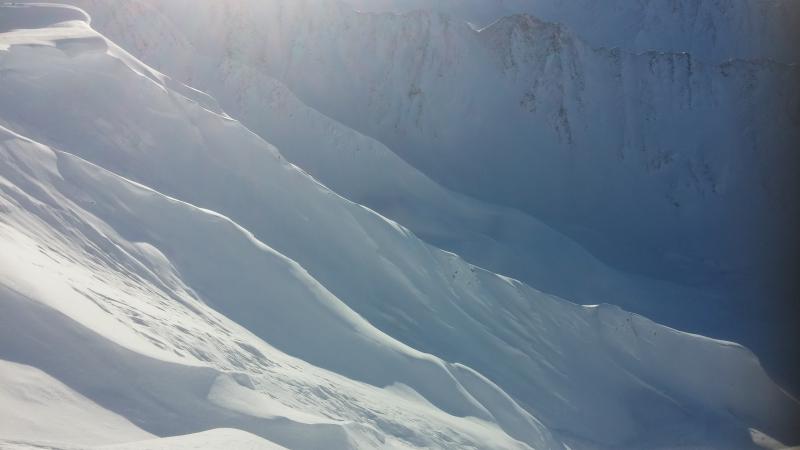 another look at presumably natural cornice failure and releases