Standard approach to gold pan, up the valley between magnum and corn biscuit to the saddle, left at the saddle then boot pack along the ridge.

My partner and I were approaching gold pan via the standard ridge. We had decided we wouldn’t ski off the top onto the main face due to the large convexity and probable wind loading.
We decided that we would take a look at the two “spines” on either side of the convexity then decide which one to ski. The smaller one, lookers left of the convexity or, the longer more pronounced spine lookers right of the convexity.
From the saddle between corn biscuit and magnum, we were able to see that both of these lines appeared to have a clean entrance onto them from the ridge line with cornice hazard to the side of the entrance. As we approached the first line (lookers left) we could see the entrance clearly. We both approached the line and noted that it did look quite nice but we wanted to continue up the ridge to look at the other line before making up our mind. As I continued up the ridge, just a few steps away from my partner, I heard the cornice SNAP and his voice say “oh £@$&”. I thought I had ventured too close to the cornice next to the entrance, dodged a bullet myself and that he had just watched the cornice break off where my foot steps had just been. To my surprise, as I turned around, all I saw was my partners ski pole. There were very large chunks of cornice tumbling down the gut between the main face and the spine. This did not trigger any slabs.
You will notice in the photos, lookers right of the cornice break, a section of wind slab had already released toward the end of the most recent storm. My partner deployed his airbag immediately. He took a long fall (maybe 1000’?) and sustained zero injuries (he was wearing a helmet). During the fall, he recalled being thankful for the neck support behind his head provided by his BCA airbag as he tomahawked multiple times during the fall. His skis were torn from his back pack but ended up on top of the snow, he lost a pair of costa sunnies and a single ski pole. We are thankful everything turned out alright.

Big lesson learned to give cornices a WIDE berth. What we are taught is true, cornices do indeed break further back than one would expect. My partner thought he was in a safe position but he was not. I am Feeling especially lucky that we did not both take a ride. If he was in a bad spot, I was most certainly also in a bad spot just a few feet further up the ridge. Out side of this spooky event, we had a most excellent day enjoying stable sunny pow. 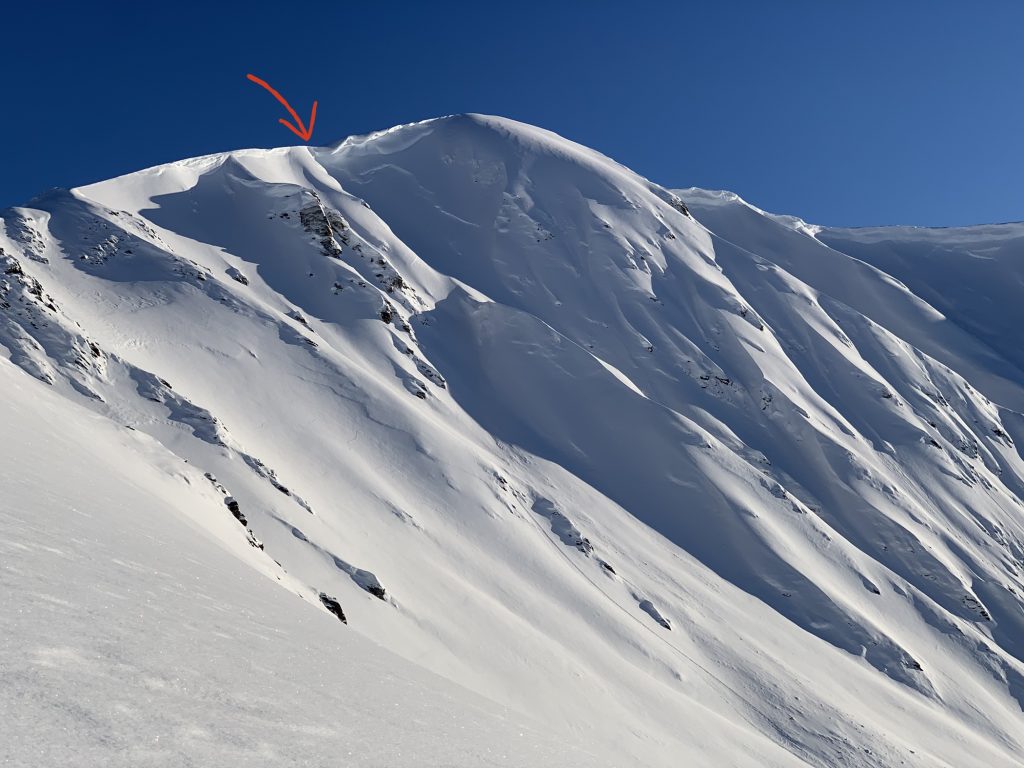 Look at goldpan from the saddle. Line entrance/accident site shown by red arrow

Cropped photo of before accident

Cropped photo from after accident 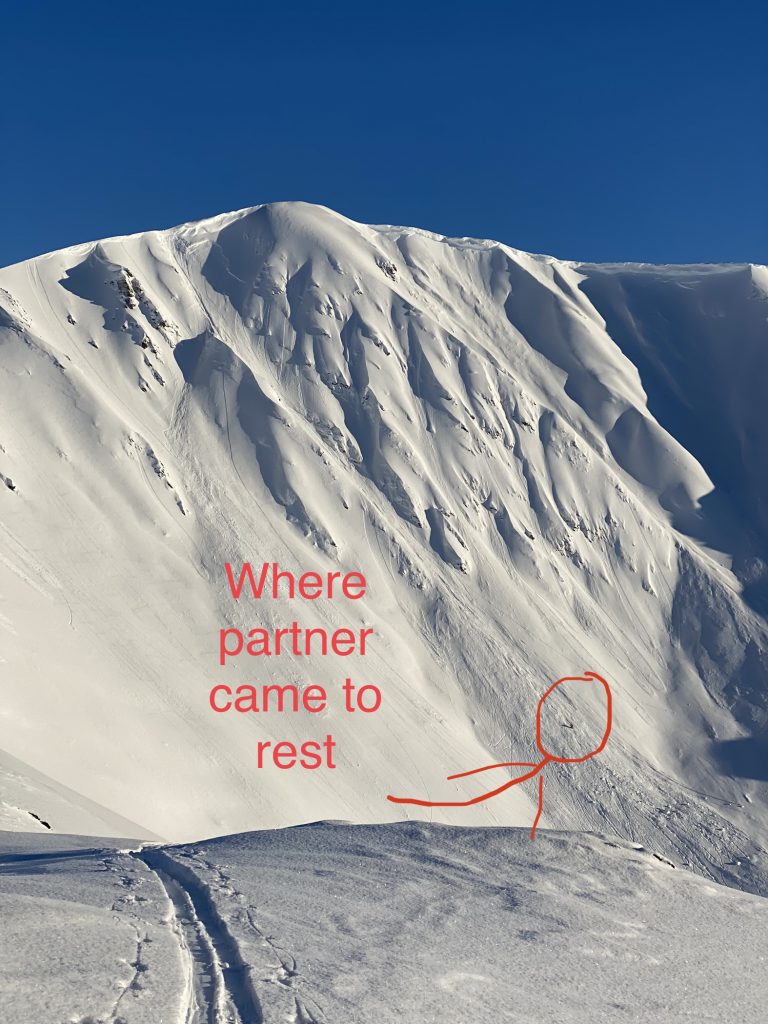 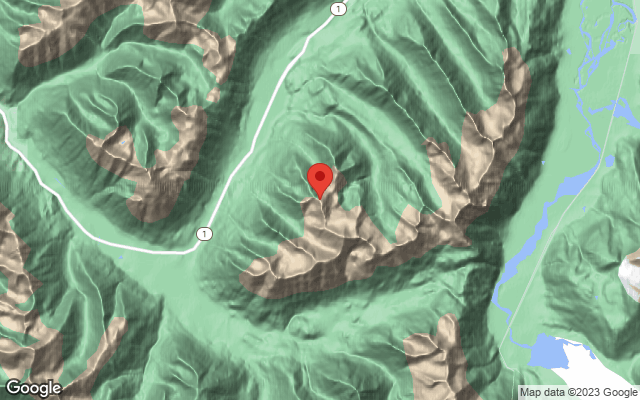