This avalanche was reported by Nicholas Klco in a 3/29 public observation. Today I toured up to have a look. Wind effect post avalanche obscured the crown face. It is unknown whether this avalanche is skier/boarder triggered or a natural. See Nicholas's obs for initial pictures of slide.

Pit data and instability tests from near site were non conclusive. Best guess is that a wind slab over loaded deeper persistent slab, failing at about 2-2.5 feet deep in old snow. This failure is at a density change from 1F to P (bed surface being P). This observer found no persistent grains at the aforementioned interface (does't mean they aren't there).

Notably, the debris measured up to 175cm deep in places with large hard blocks big enough to seriously injure or kill a person. This was a small but potentially deadly avalanche.

In this location the snow surface was a combination of supportable wind board, melt freeze crust, sastrugi, breakable crust, and "other". The skiing from 2500ft to 2300ft was pretty good, settled powder and NSF?.

Up to 30cm thick P hard wind slab in places.

From 85cm down to ground there were a combination of depth hoar, facets, and rounding facets. 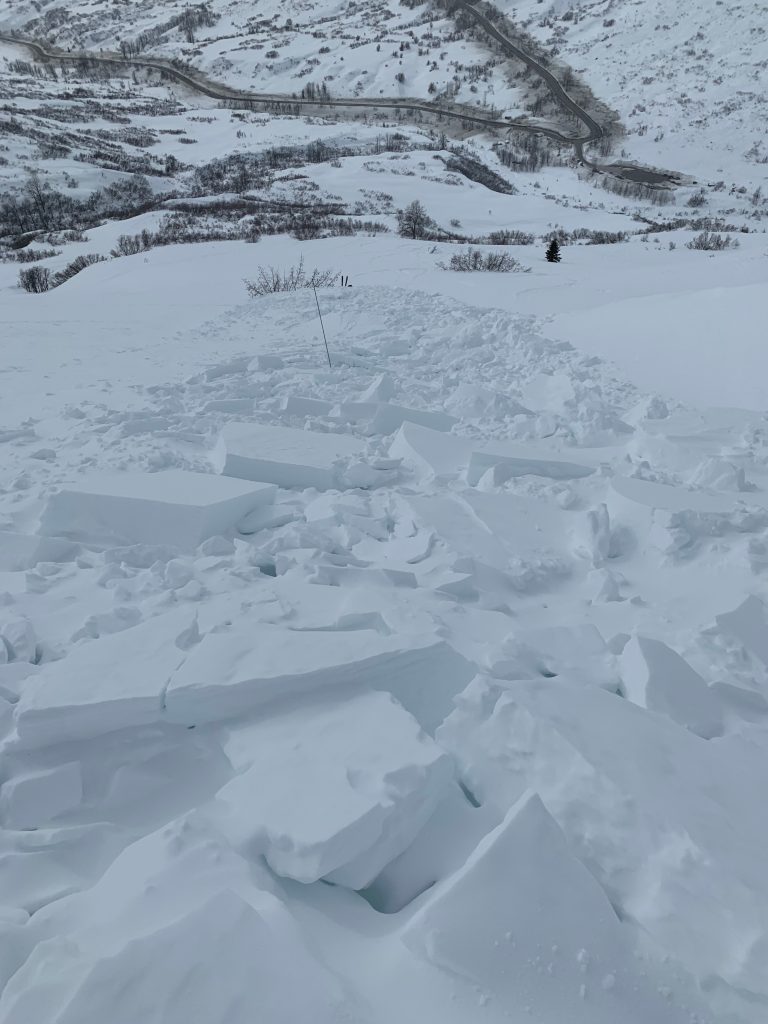 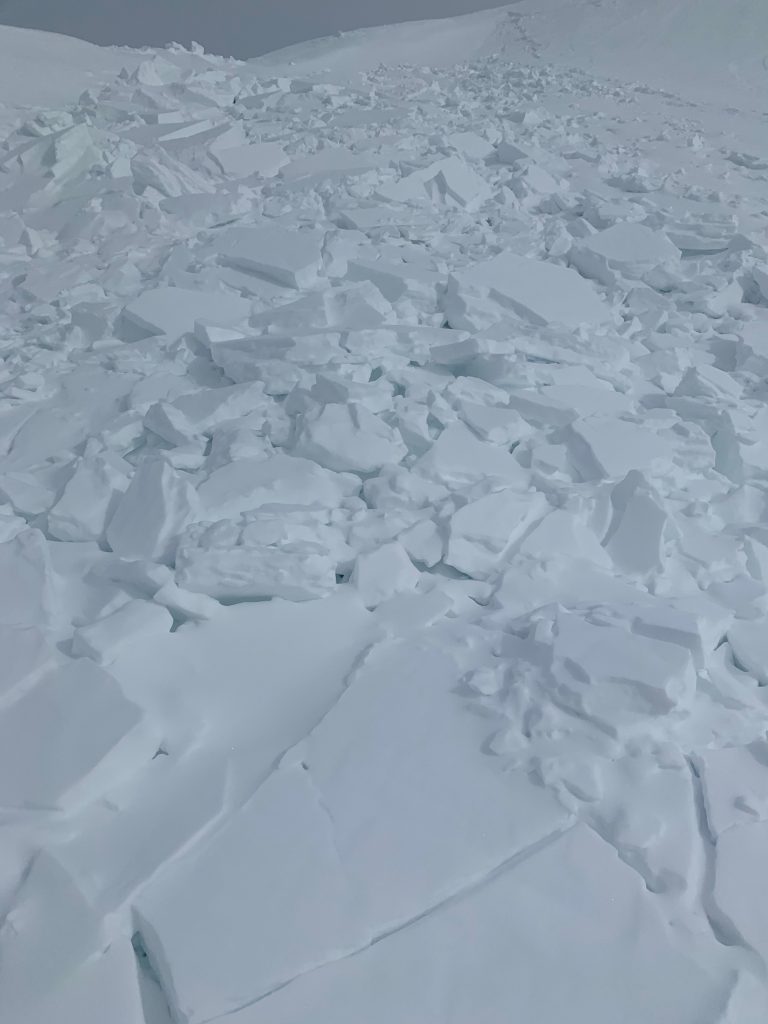 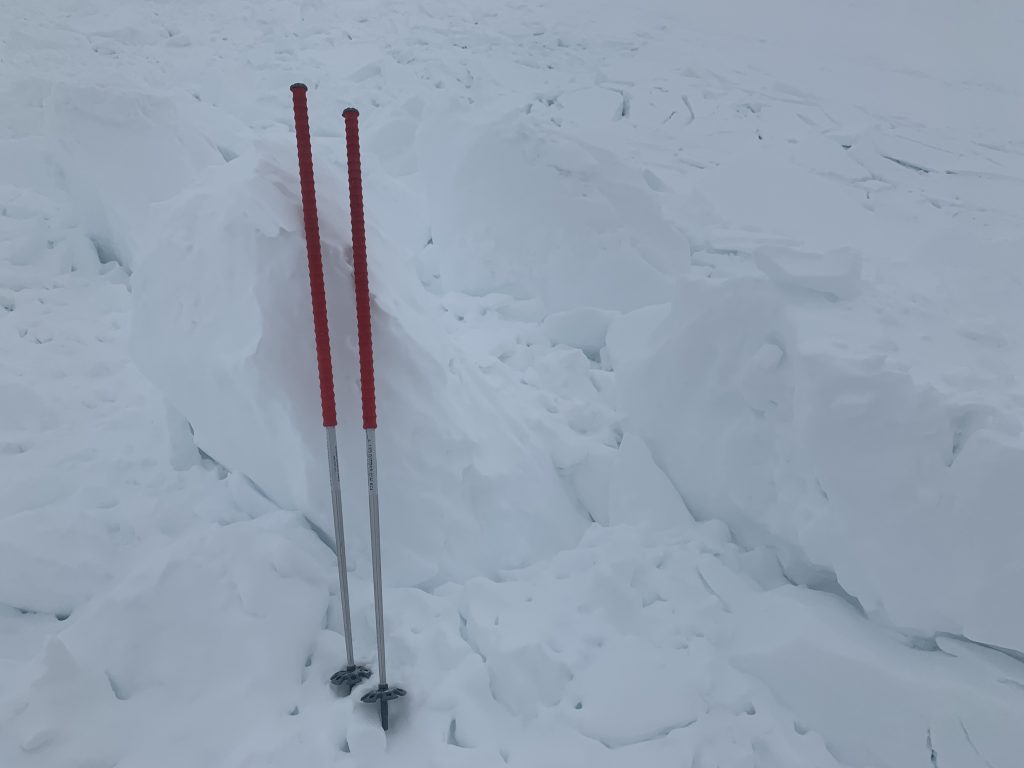 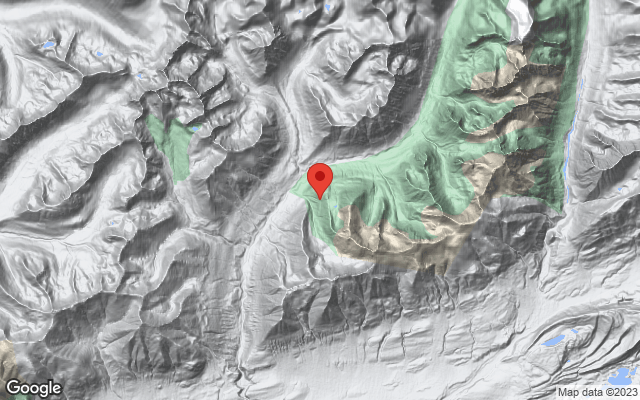