Skier entered Gold Cord Chute and windslab broke approximately 4 feet above him, with secondary slab breaking another 6 feet above the first crown. Skier was centered on the slab, and knocked off his feet. One ski released. Skier arrested on bed surface after sliding about 20 feet; the avalanche ran the length of the chute.

Three skiers met at 11 AM for a socially distant outing. Hoping to find powder we toured up Microdot and skied to Gold Cord Lake off the true summit, with variable conditions, mostly windblown powder and breakable crust, with harder crusts in gulleys. One member returned to his car after this run, while the two remaining skiers traversed to Independence Mine and toured up the standard Gold Cord Skin Track, hoping for softer snow on the South face. The skin up was uneventful and quite pleasant, mostly on powder with occasional windcrust on the Southeast facing aspects. Thicker windboard was noted directly on the face. Temps were warm and winds were calm, with just the beginnings of solar effect on Southwest facing terrain. At the top, the two skiers discussed skiing the face or the chute to skier's left, and skied to the top of the chute to decide. Once there, it appeared to be smooth windcrust with slight softening of the skier's left half of the chute that was in the sun. The skiers discussed the options and decided to ski the gulley thinking it would be "hard but edge-able". Skier 1 dropped in from the left while skier 2 watched from the right entrance.

Skier 1 self-arrested on bed surface and side slipped about 100 vertical feet to retrieve his ski that had released.

Recent avalanches on wind-loaded slopes (e.g. Punk Spines, near Stairstep) over past two days. No natural activity in the Indepence Mine zone noted.

Light winds from the West on Gold Cord with evidence of heavier winds recently. 20 degrees and sunny on the skin.

Variable windblown powder, and both breakable and firm wind crust 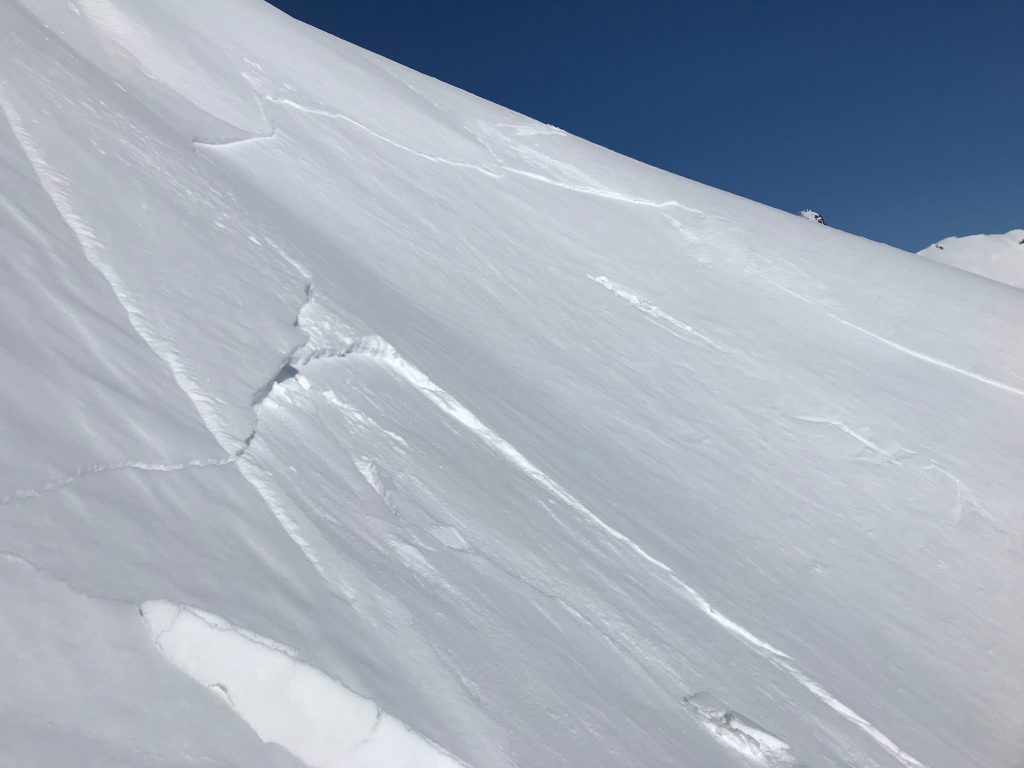 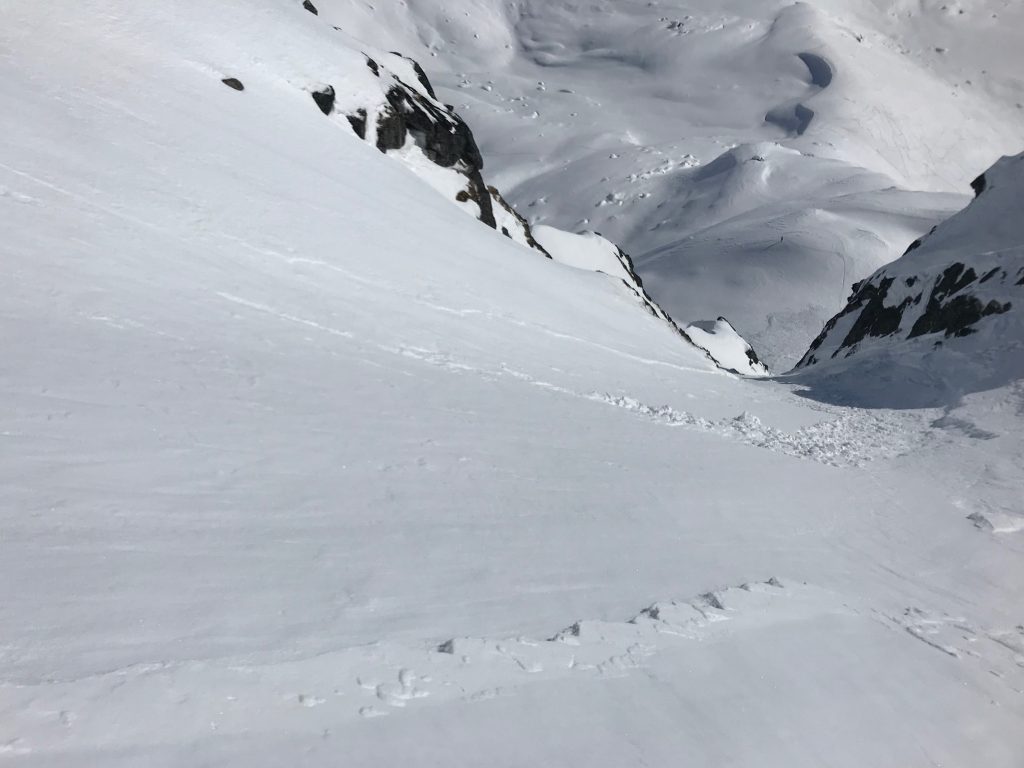 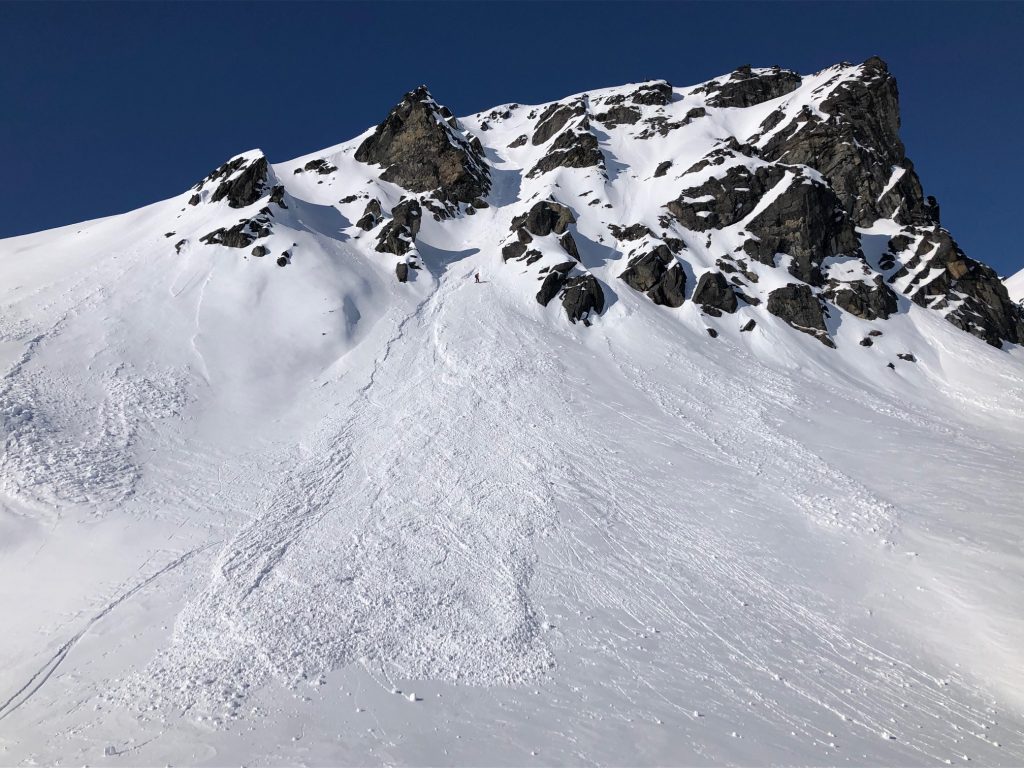 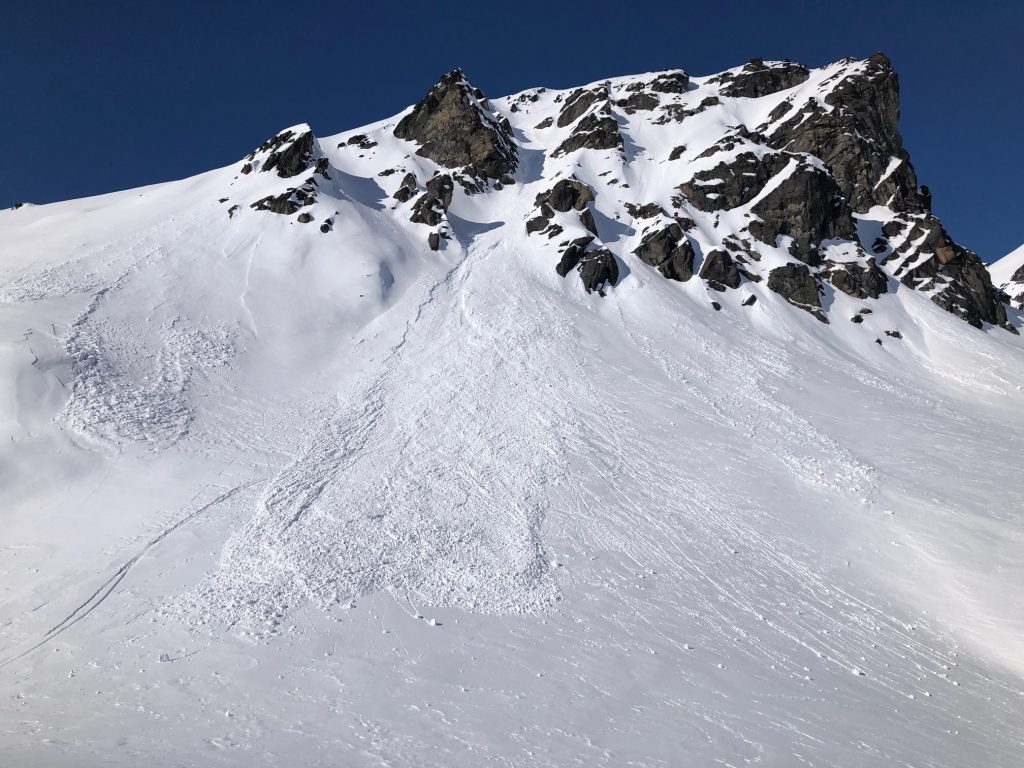 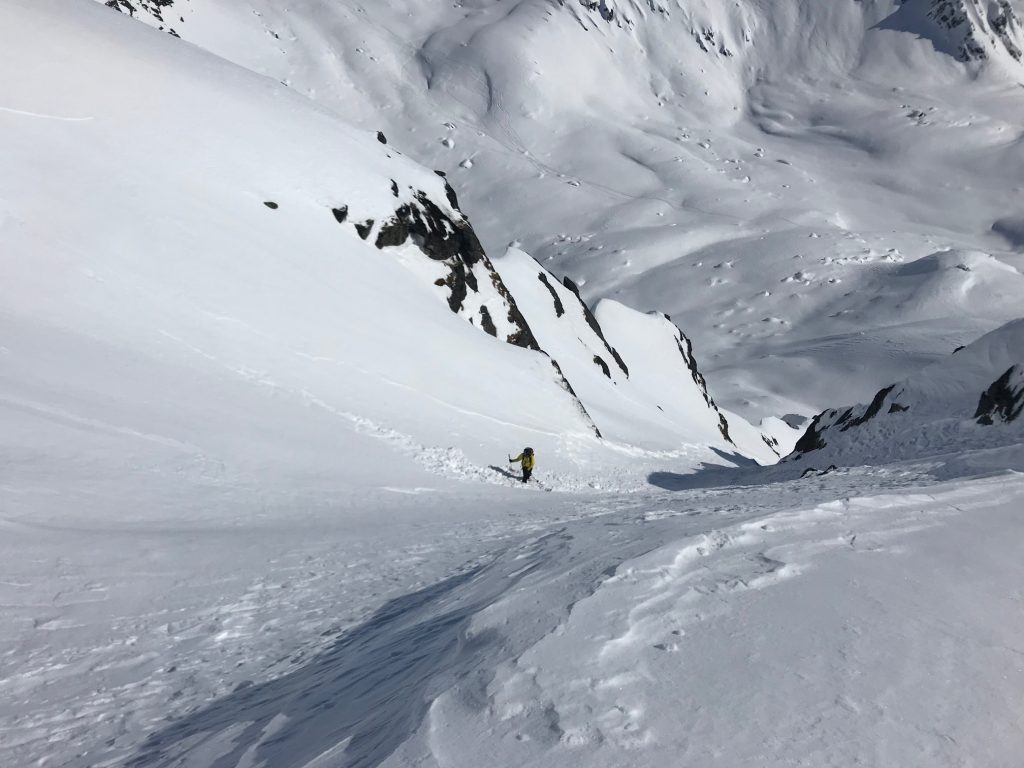 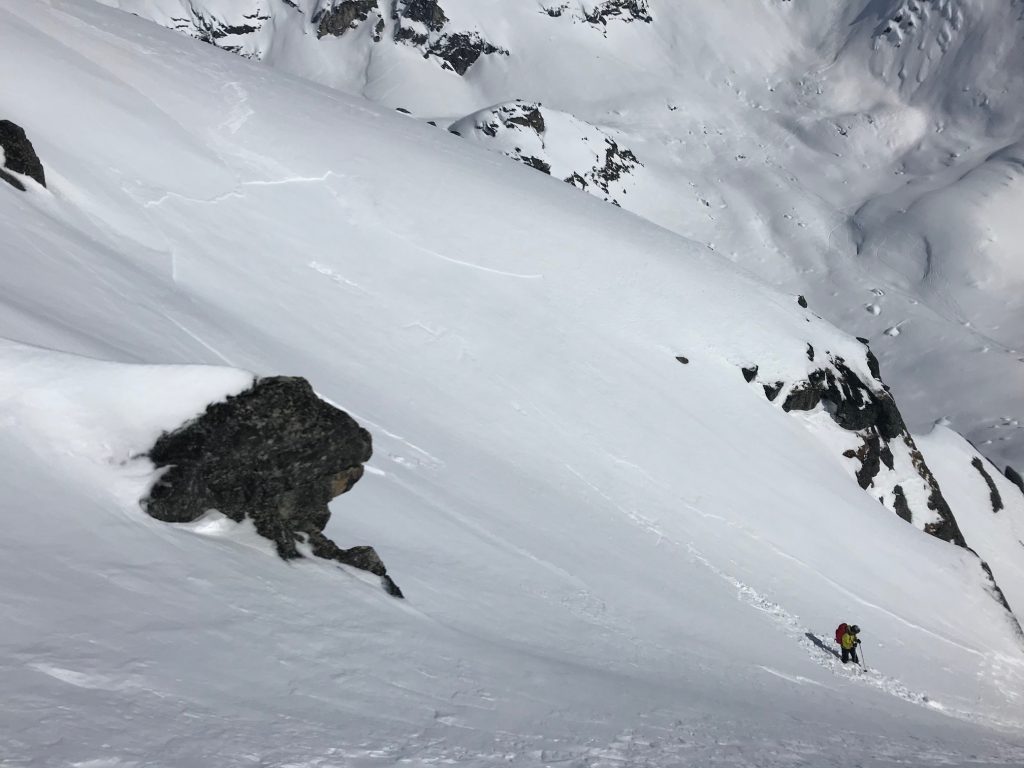 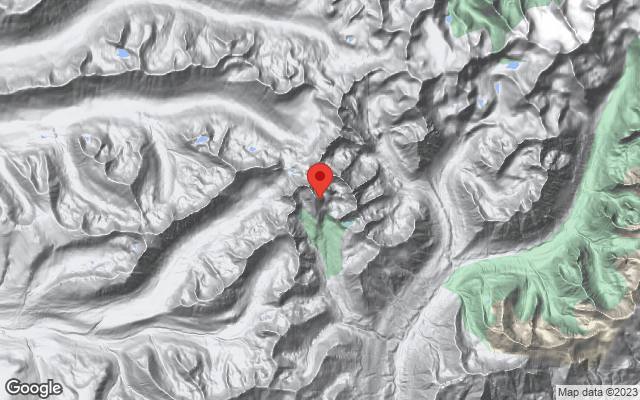