Location: Gold Cord Mine - bowl E side below Pinnacle

2 skiers were traveling NE trying to traverse to turn up valley below visible Gold Cord cable. Approached from main trailhead on E side of creek. Visibility had slowly gotten worse over the course of the day – peak flat light, ceiling had started to descend and at 5500′ or so.

Flat light prevented precise navigation, however traverse across slope appeared to be an easy approach to the mellower ramp. No whumfing or collapsing heard until above 4,000′. Then frequent small whumfs starting around 4,000 ft crossing a flat section between boulders (assumed to be from 2″ thick windslab, wind slab appears consistent with Jan 15-16). Then traversed onto short, 35 degree slope to try to attain low-angle valley under the cable. This steeper slope collapsed with large whumf when first skier was in the middle of the slope. Second skier following at safe and appropriate distance (not on same aspect, >100′ behind first skier at the time)

When skier stepped onto convexity while traversing a steeper gully, large whumf heard and cracks shot around slope 15 ft above and 20 ft laterally, skier felt slope settle. Slab did not break up or run downhill. Slope was judged to be only 100-200 feet tall but difficult to estimate given lack of mapping details and extremely flat light. Many large rocks in the area weakening the slope. Skier backed off of slab quickly and then examined crack depth and bed surface.

A few small whumfs in flat terrain between large boulders prior to traversing onto steeper slope. Crack encircling slab approximately 40' wide, 15' above trigger location and 20' around either direction, limited by small gully that was being crossed.

Temperature 13*F in Independence Mine lot, assumed around the same at time of slide. Wind around 5 mph and variable direction, no new snow, evidence of wind activity within the past few days. A few older slabs seen to fail on E and W aspects on drive in, difficult to judge age of these slides. 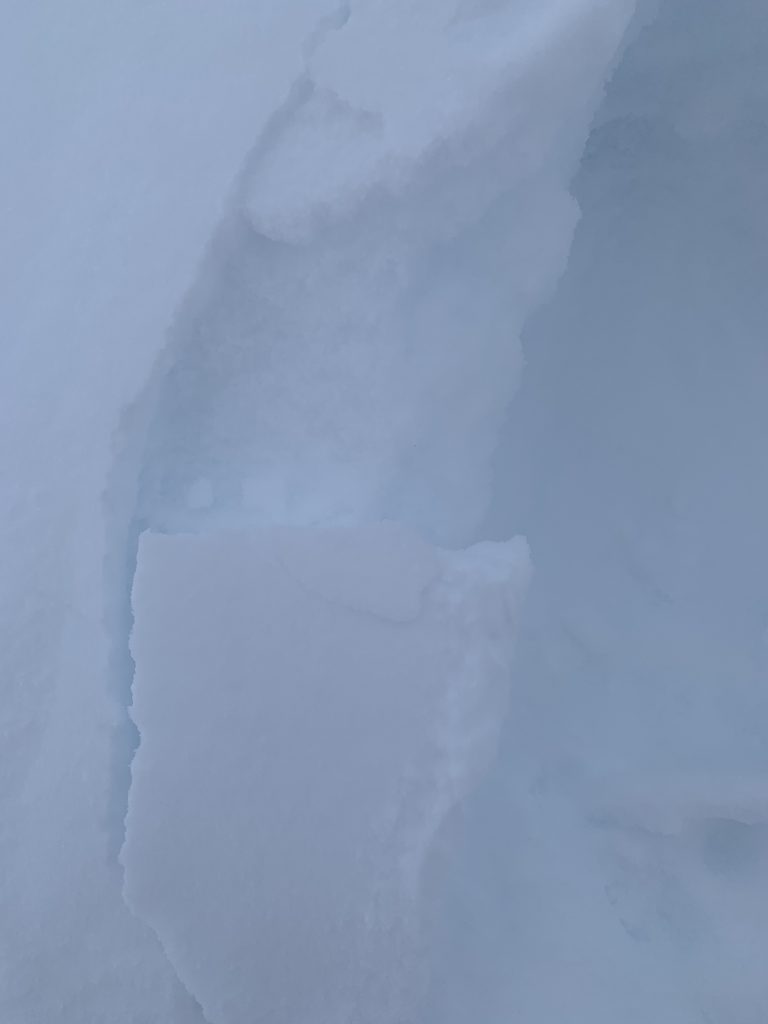 Wind crust on top (2 in. thick) with poor bonding to facets below. 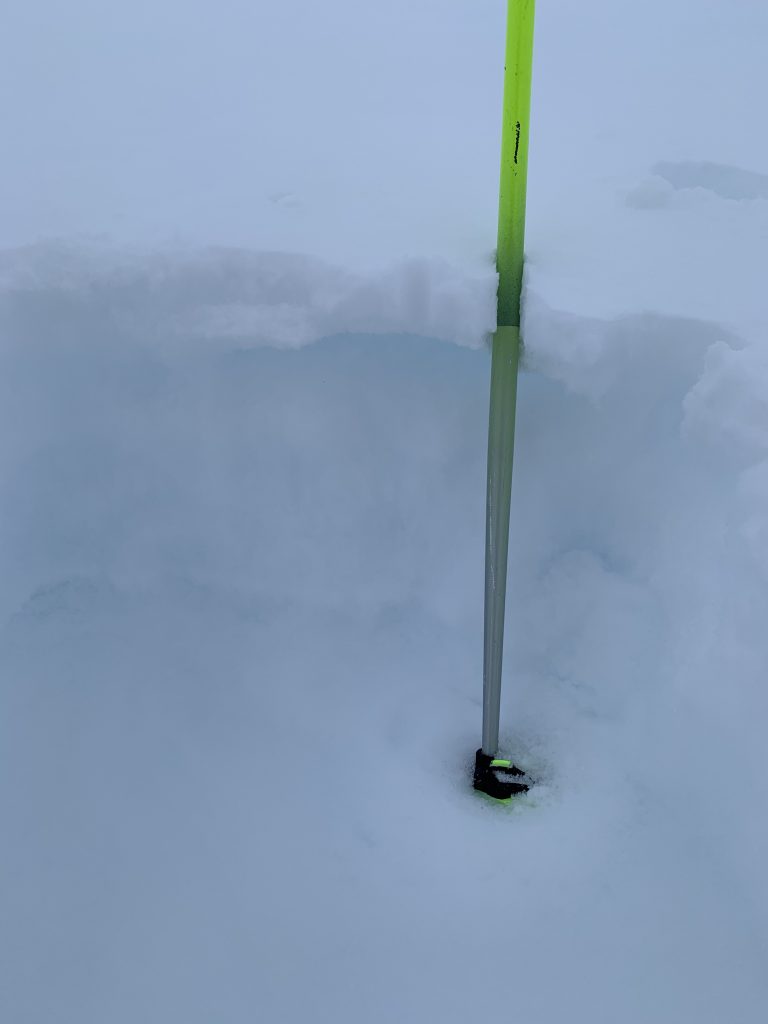 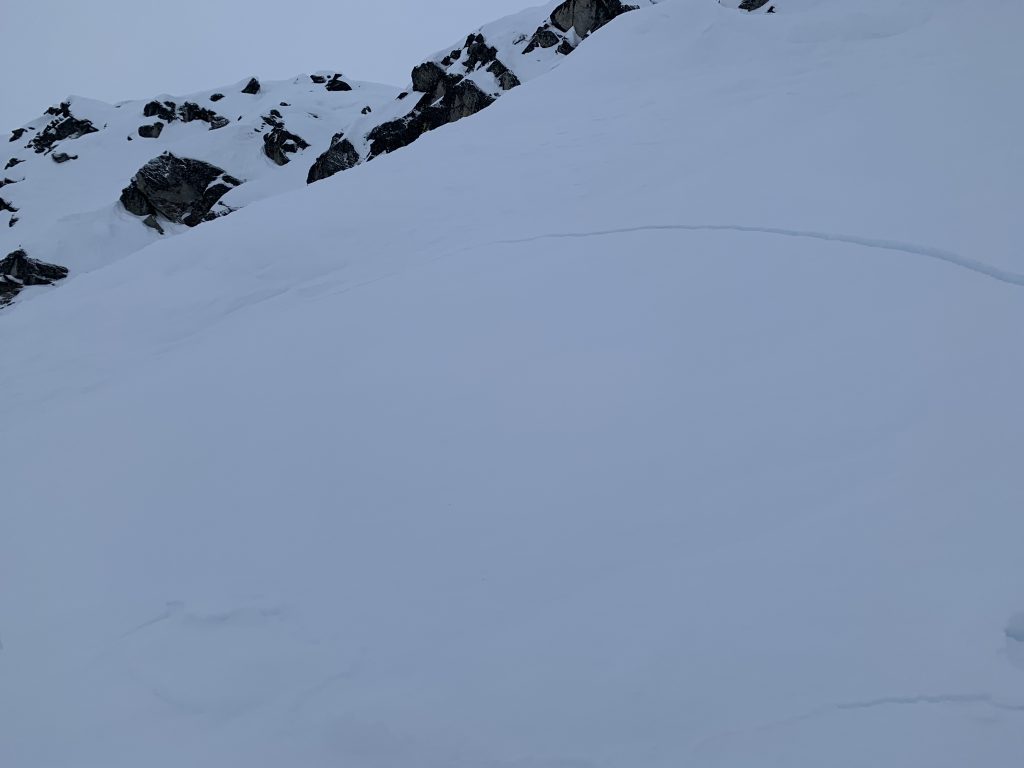 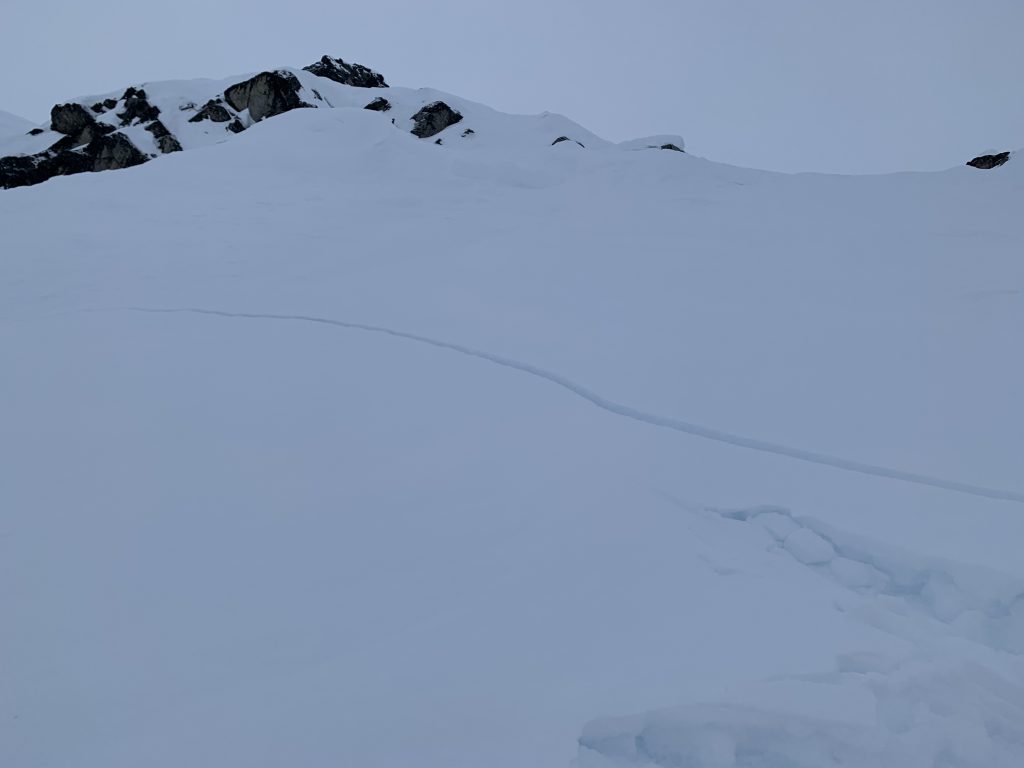 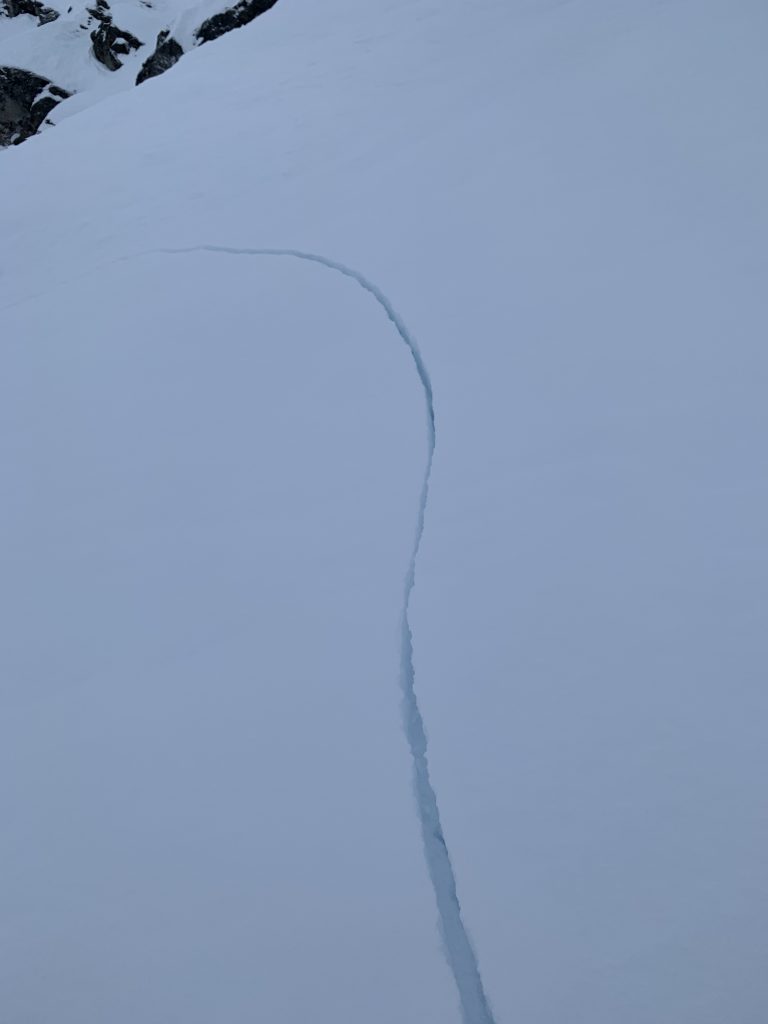 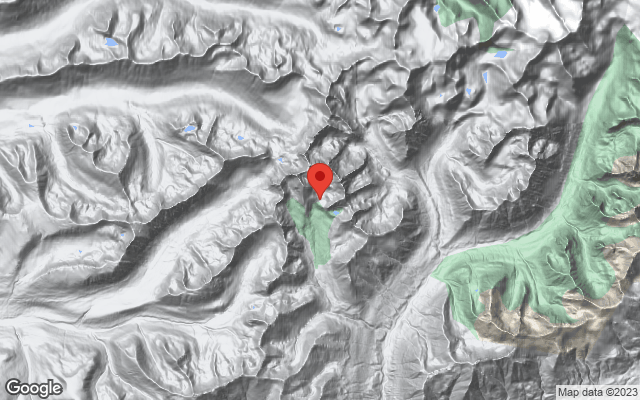