IM Lot to Gold Chord. Investigated the ridge traverse along the summit of Gold Chord. Coverage was too thin for the standard knife edge walk. Descended the cable climb and the South Face. Also skied Cross Hill.

4-5" of F new snow from Tuesday over several inches of F+ settled powder from 2/2-3 sitting on old, weak, 4F NSF's.
Solar gain on steep south to west aspects with top 2" of snow moist by afternoon with possible natural releases today in some locations, most likely from yesterday's first sunny day affecting new snow from Tuesday. Dry snow beneath.

Generally a pile of weak sand. The biggest hazard today was penetration of the snowpack and hitting rocks, which many people reported today. Boot penetration 60/160cm at upper elevation southerly aspect. Secondary to that hazard was loose dry sluffs in steep terrain (40 degrees+) at mid to upper elevations.

A generalization of the snowpack looks like a foot or two of weak new snow, sitting on 4F NSF's, sitting over 4.0mm DH.

As long as the snow above the NSF remains unconsolidated, we are looking good for stability. However, stability could rapidly change with winds, heat, rain, or a heavy new snow load. These will first fail at the NSF midpack layer, and then as the load is increased, fail at the base of the snowpack. Pray for mild, cool weather, many small snow storms, and gentle winds to keep the avalanche hazard from spiking.

Pits today showed ECTX and CTN at upper elevations on southerly aspects. We looked closely at the midpack NSF layer under the 2/2-3 storm snow. The DH at the base of the snowpack appears to be old and tired and non-reactive. Again, this is a dormancy state that can be re-activated with the right load.
We did observe some old, small storm slabs that have new snow covering them. These likely occurred during or shortly after the winds and storm snow from 2/9,10,11. 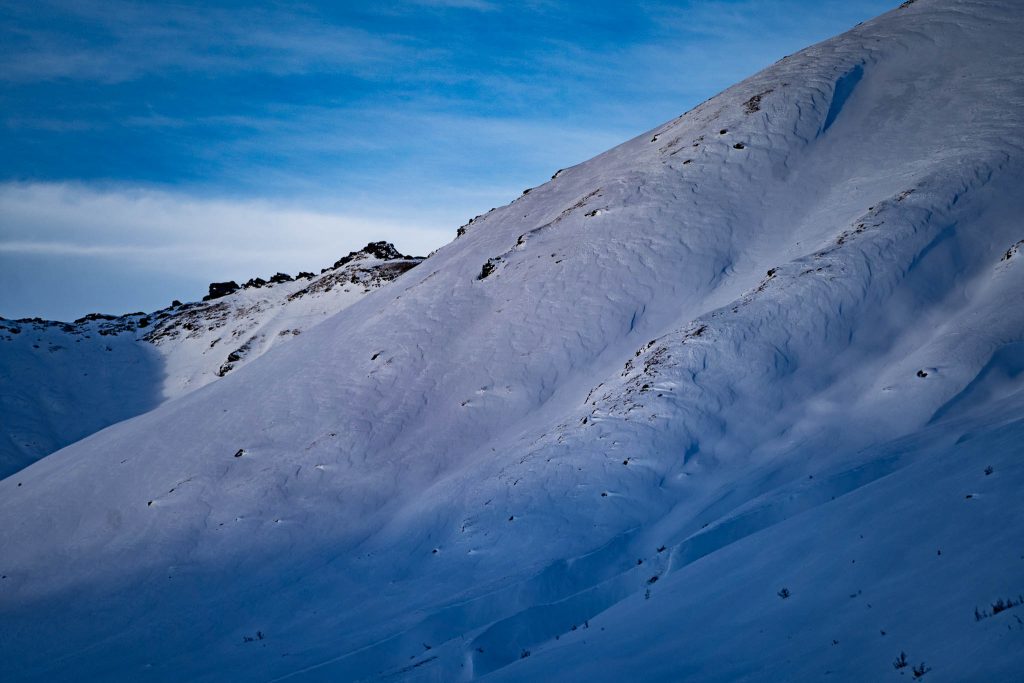 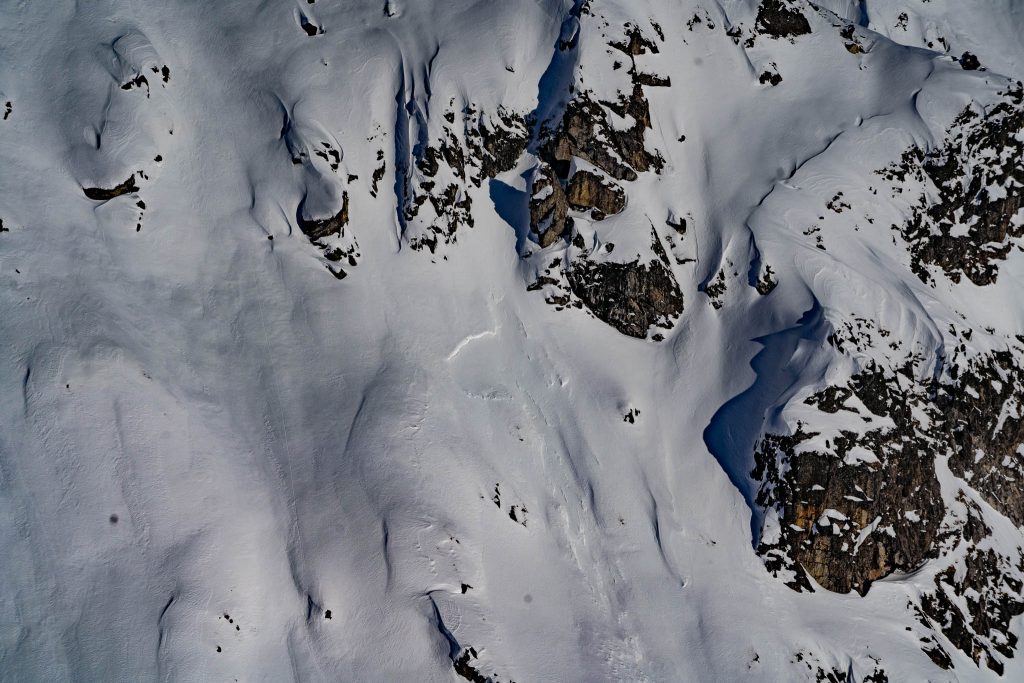 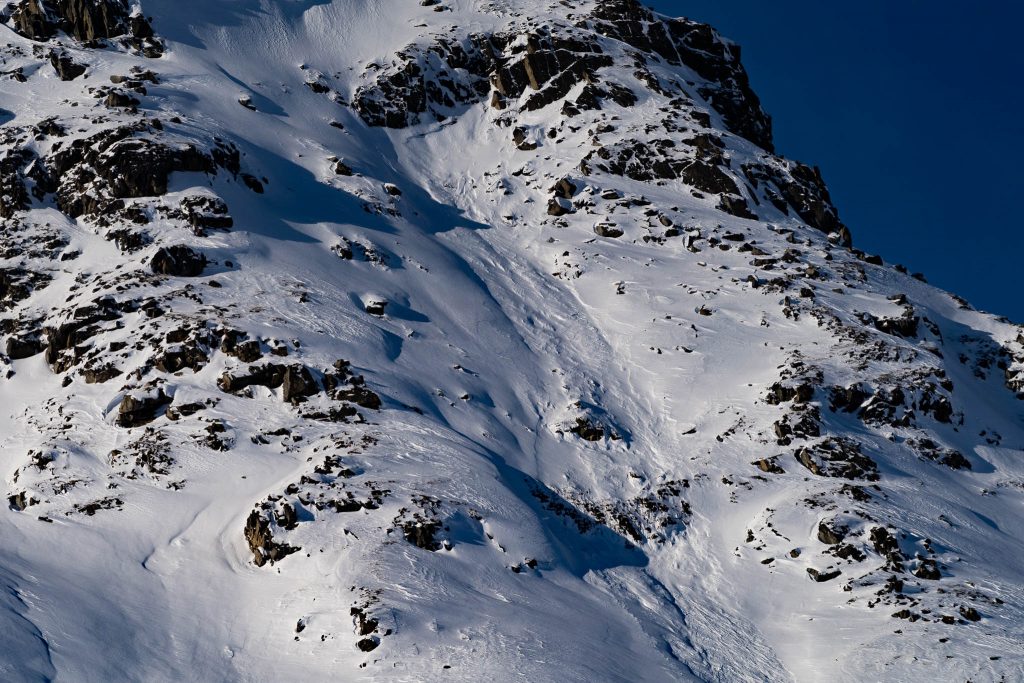 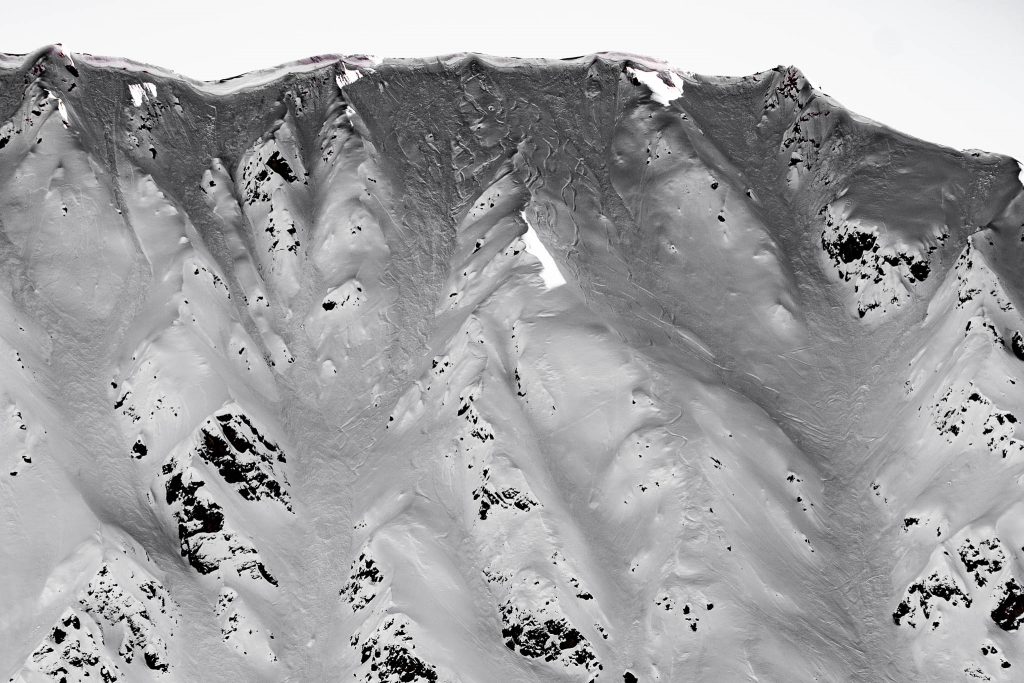 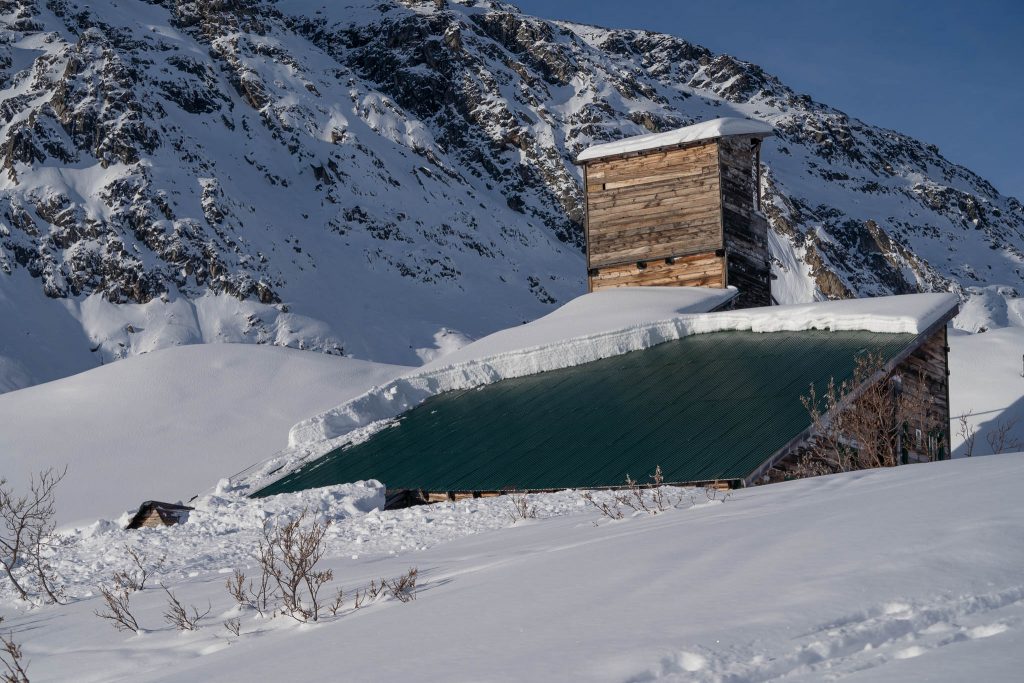 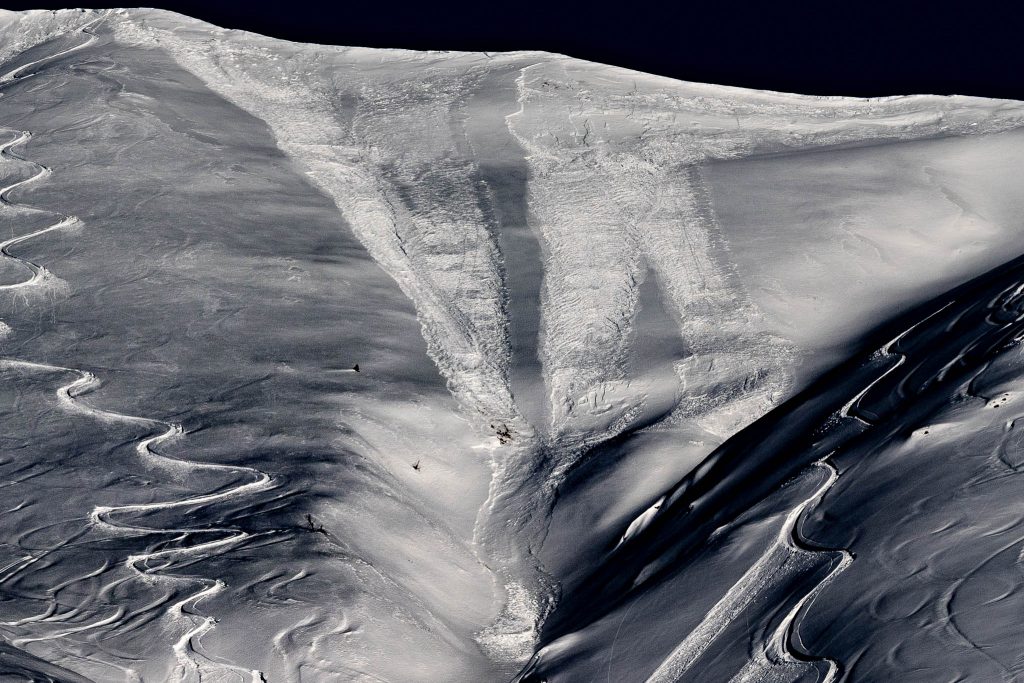 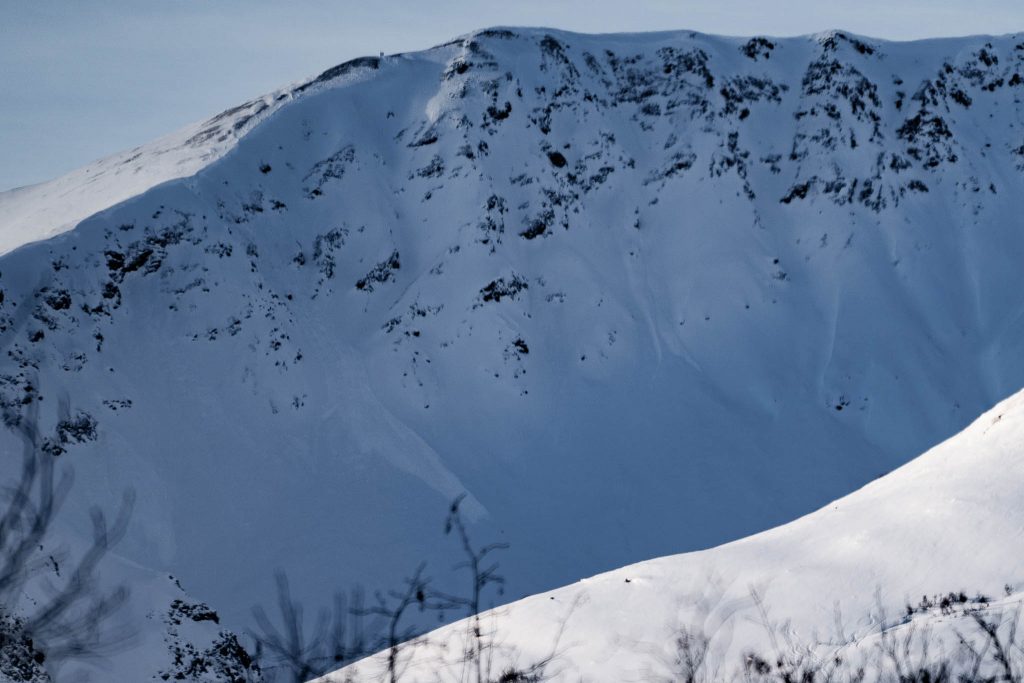 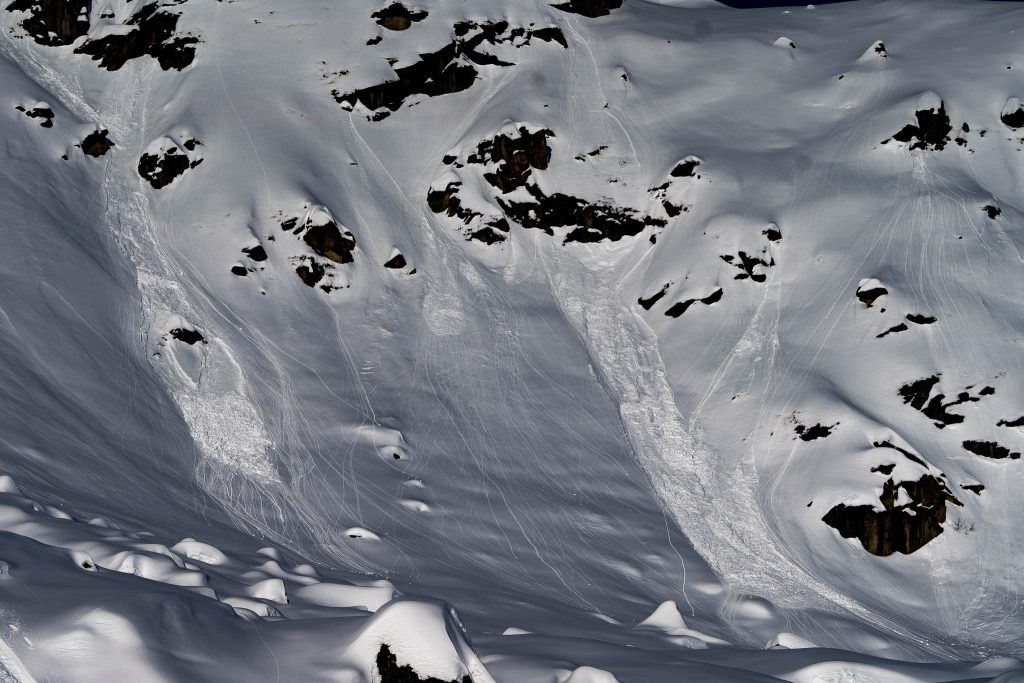 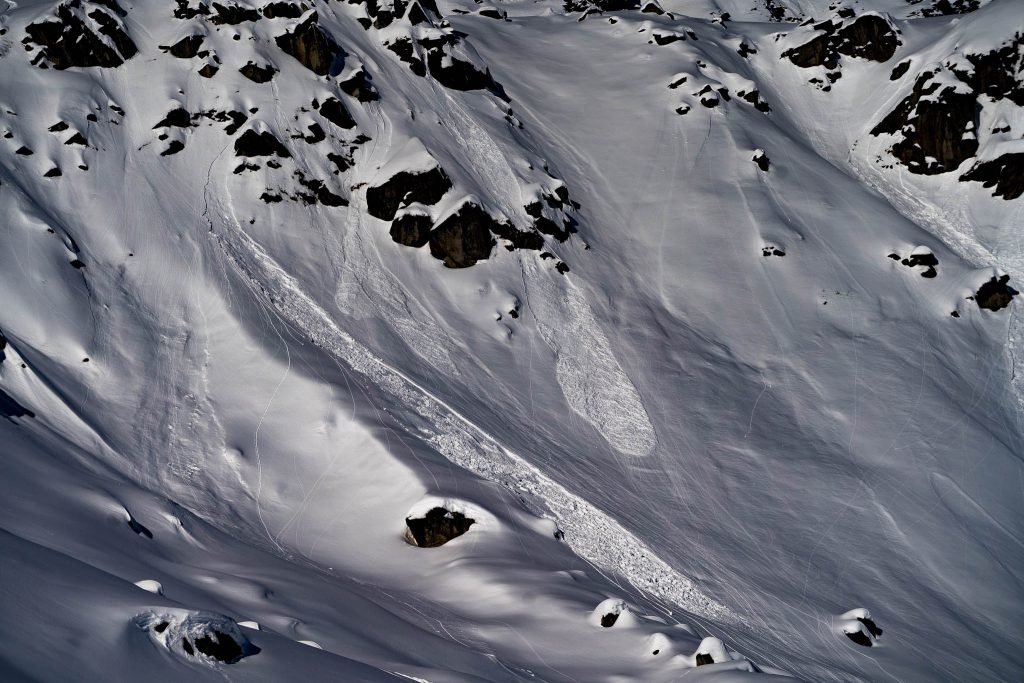 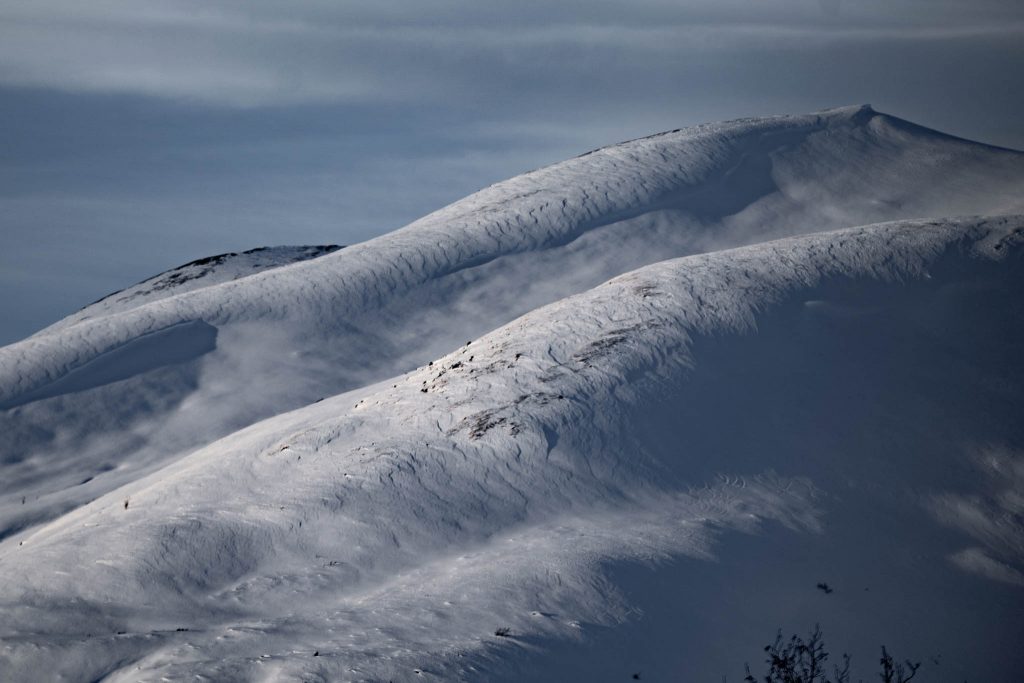 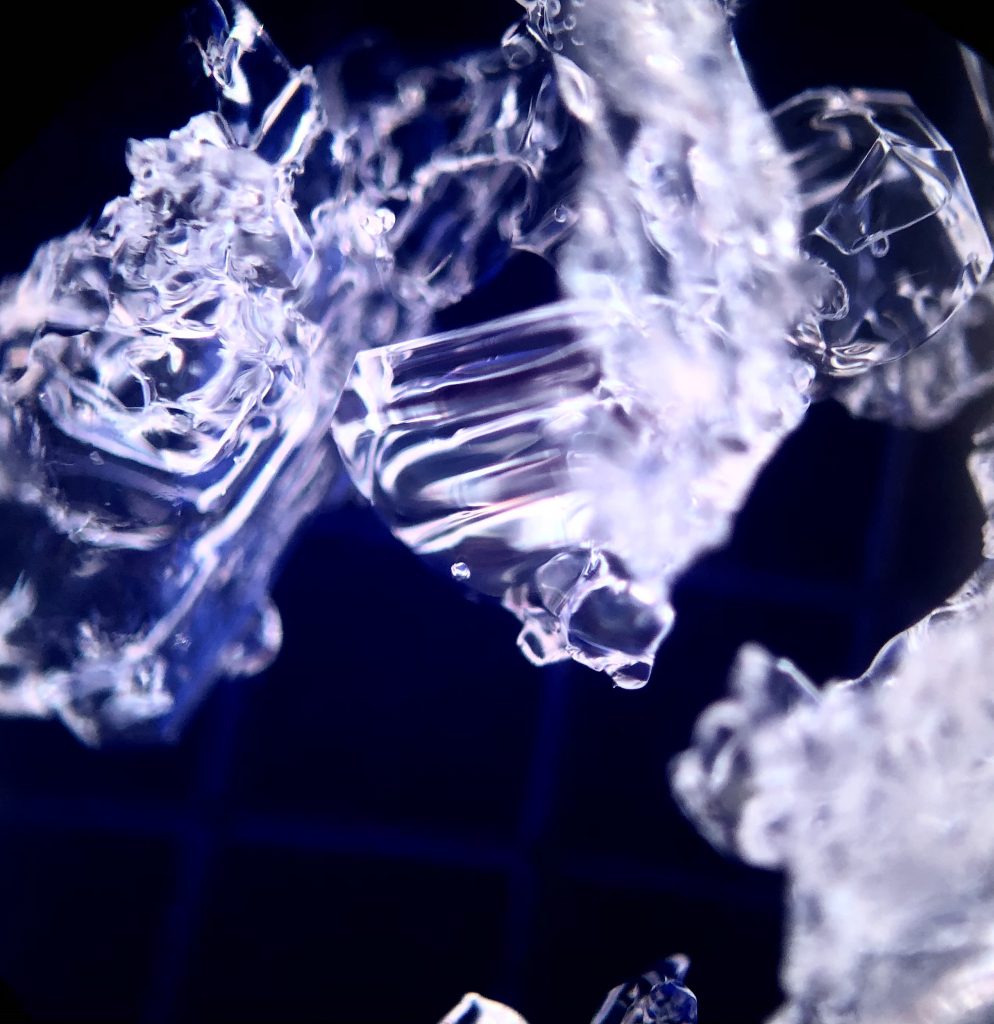 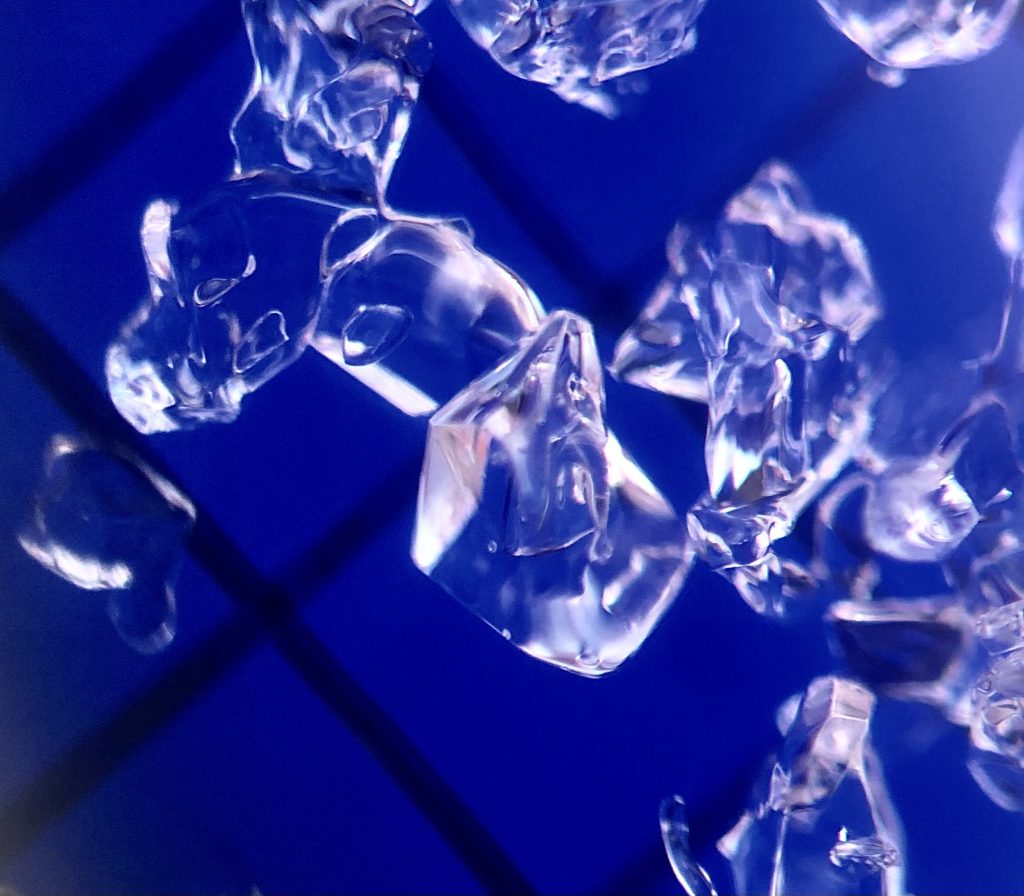 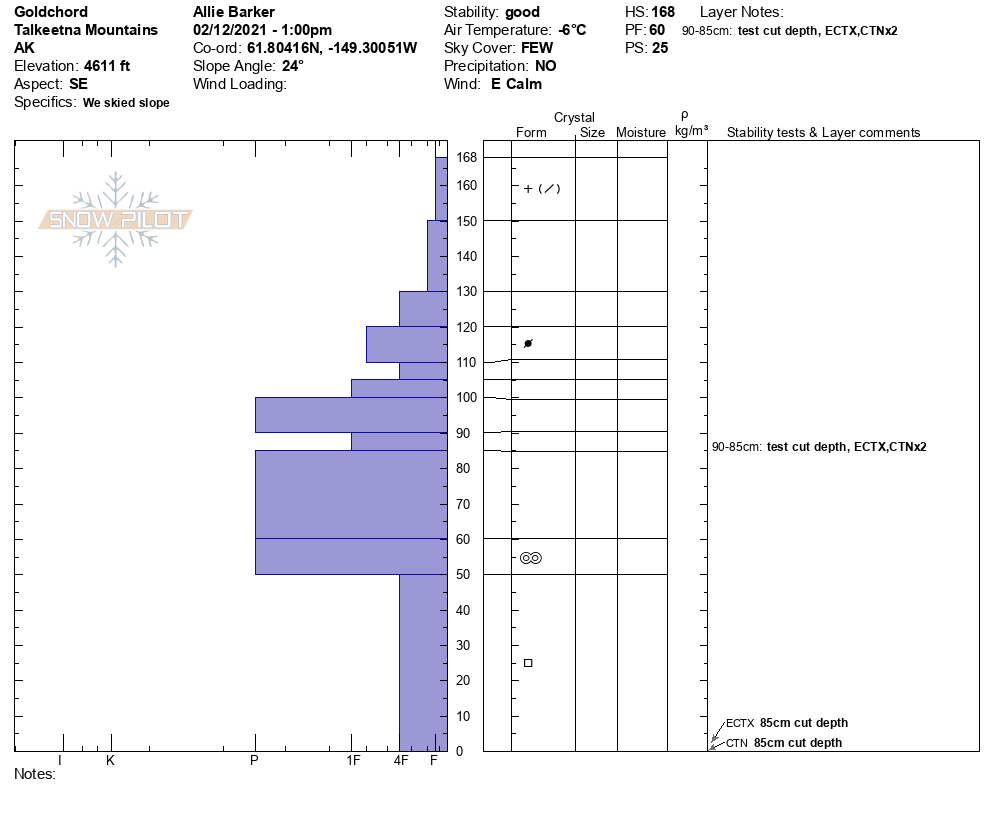 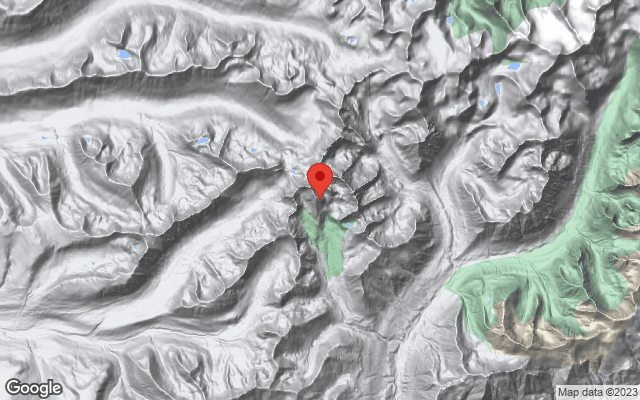