Moderate snow transport observed off pyramid while driving down in the am, but obscured sky made observing this throughout the day difficult on neighboring peaks.

Snow Surface:
6-10” of fist hard snow with surface hoar on top at all elevations, 5-10mm in size. In a few spots right at treeline this soft snow sat on an extremely hard layer, where you couldn’t even hold an edge, but generally the structure observed at the pit below seems representative. Previous sun affect created a thin breakable crust on steeper SE and S aspects. Ski penetration of 4-8” along route.

Snowpack:
See below for tests at what appeared to be a representative location for the elevation. 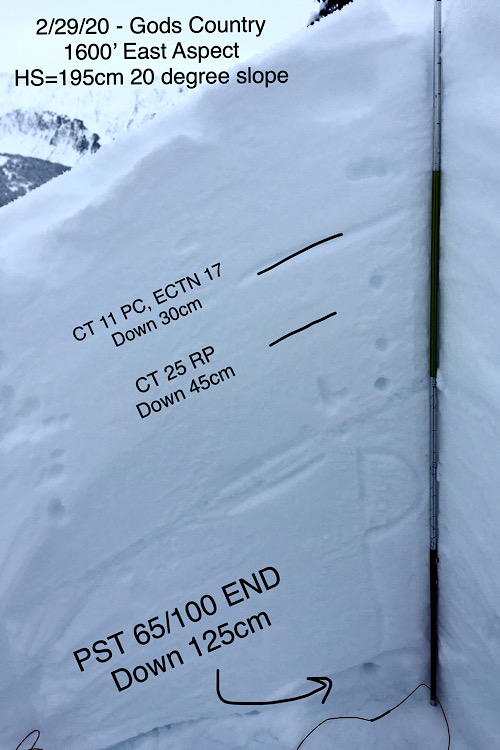 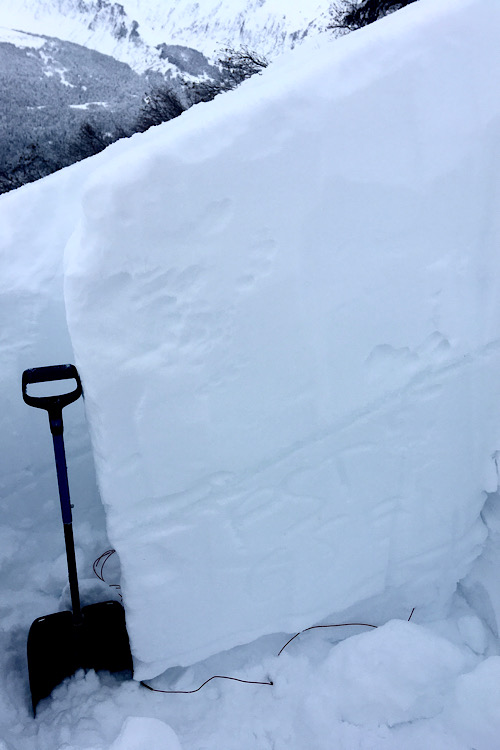 Post PST, the shovel - at 95cm long - gives an idea of slab thickness! 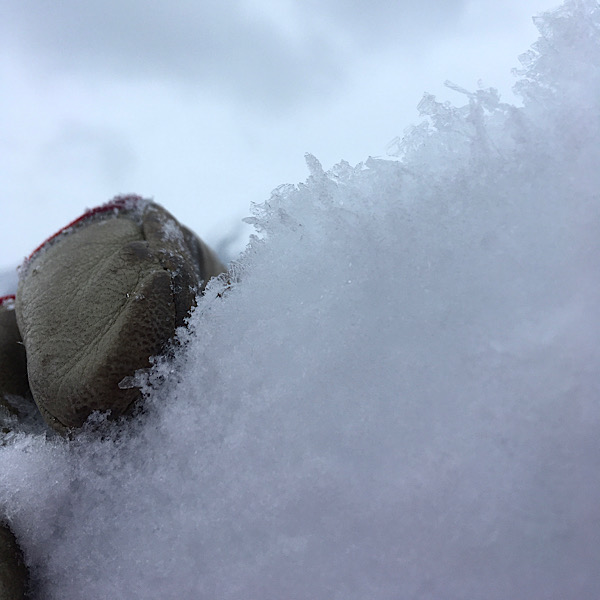 Surface hoar was visible to the naked eye along the route 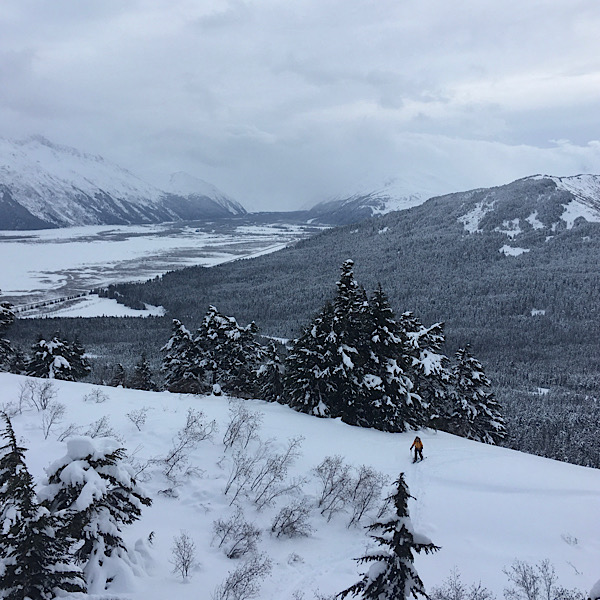 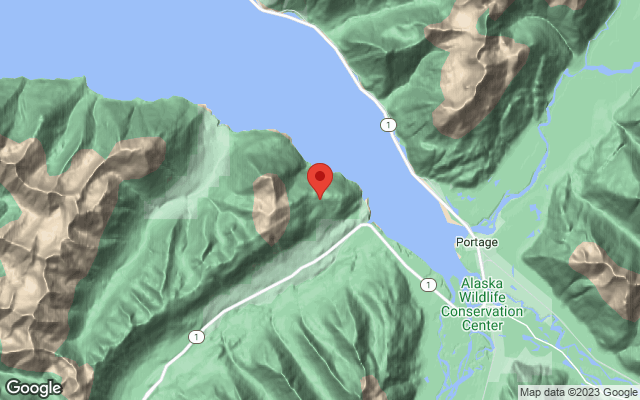