Mostly cloudy and calm with occasional snow flurries and a spot of sunshine now and then. At 1600 was 40deg.

At midday snow surface on flats appeared to be rounding near surface facets. Temps were climbing rapidly throughout the day and snow surface starting to go through meltdown. By 1600 areas of thin snowpack on SW aspect were going isothermal with collapses to the ground.

Did pits on the NE and SW aspects of Blueberry knoll (profiles attached). NE aspect pit at 2430ft with HS = 79cm. Upper layer consisted of near surface facets rounding to clustered particles. Shovel shear hard and CTN. Snow colder and not yet corning at time of obs which was 1312.

Pit on SW aspect of Blueberry at 2299ft with HS = 135. On this aspect snow was started to corn nicely by 1500 which made for good turns (pic). Top 5cm were clustered rounds starting to get slushy. Got CT22@55cmQ3. Entire column collapsed on 15cm-thick layer of F rounding facets. No ECT due to lack of proper equipment. 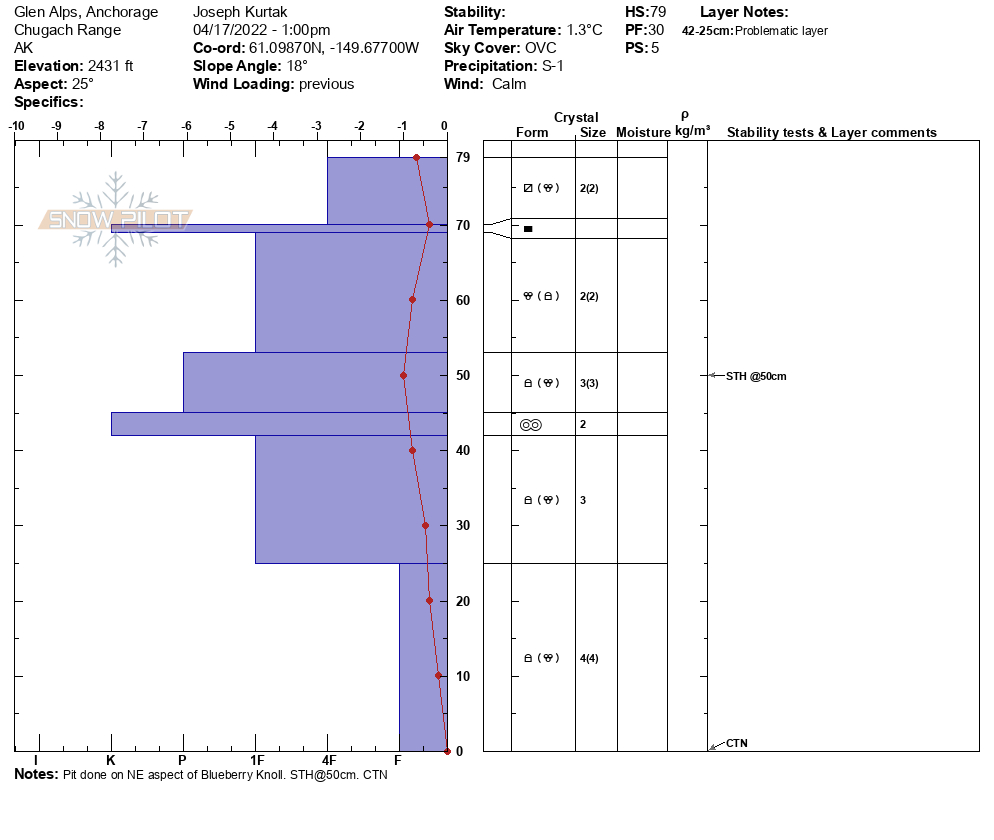 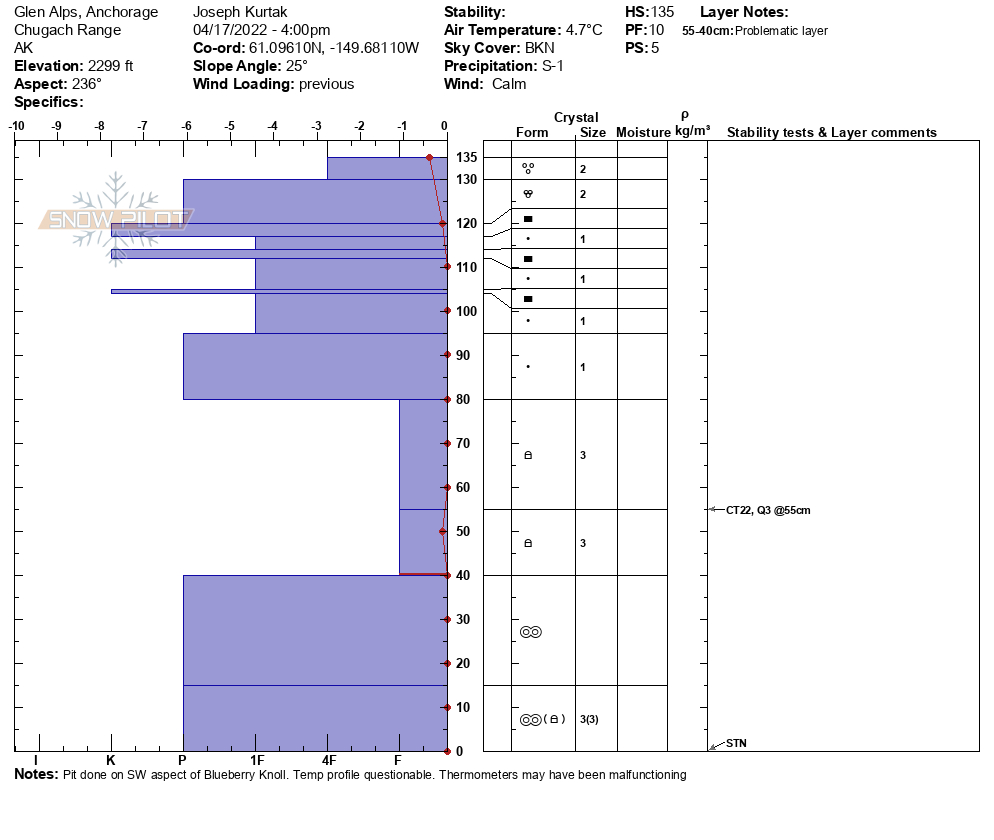 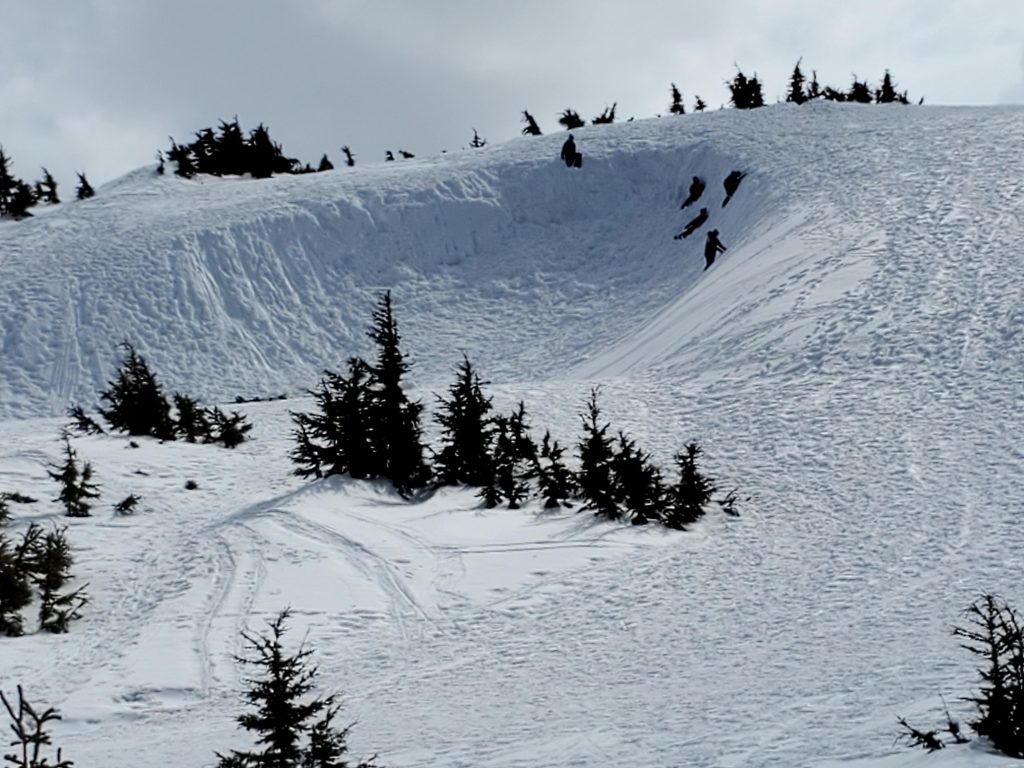 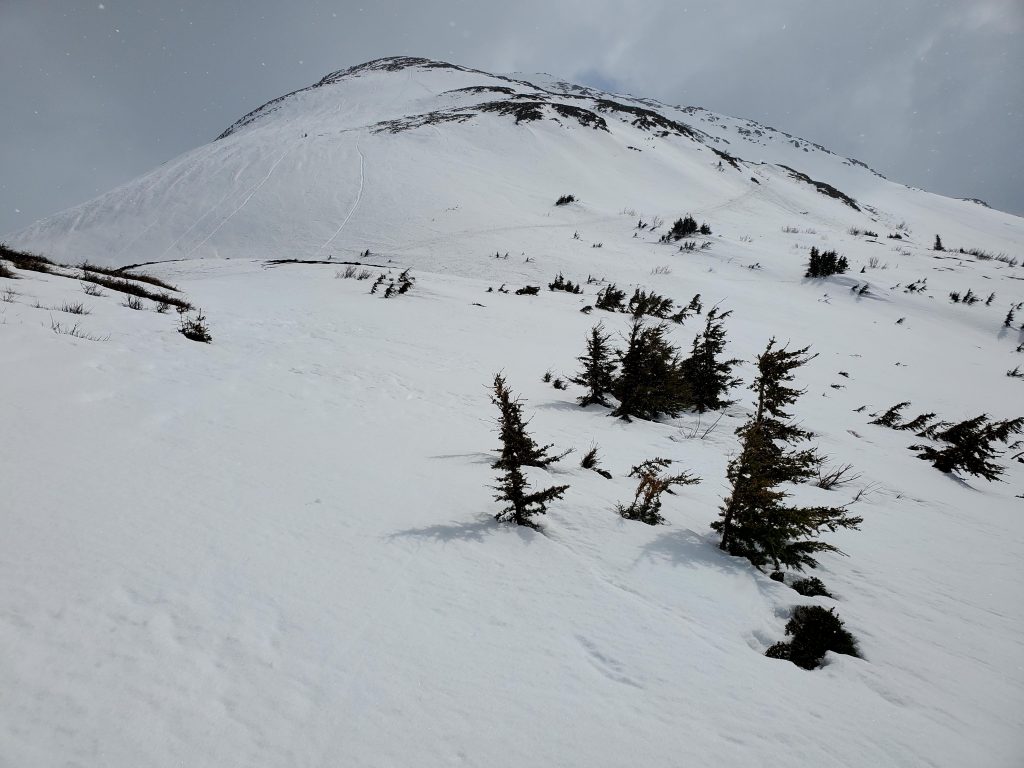 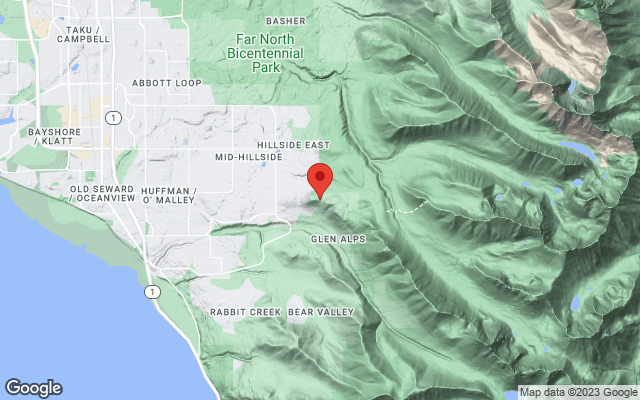