Both pits were composed of very strong melt/freeze crusts on top of moist melt forms ( which were still
able to make a sticky snowballs.) No stability tests were performed due to the strength (P-K hard) and size
(1-1.5′ thick) of this melt/freeze crust. The surface snow was most notable with widespread surface hoar
(2-6mm) on 2-8″ of faceting weak snow. This weak poorly bonded old snow sitting on a dense slick surface is something keep an eye on as we receive new snow over the next few days.

*Several old avalanches seen in Virgin Cr. drainage on the North aspect of Big League. It is unknown when
these avalanches occurred, but most likely during the last storm cycle (Dec.14-15) 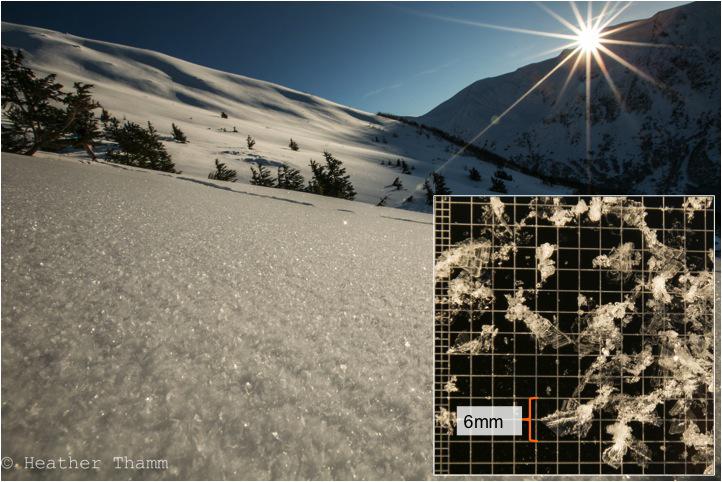 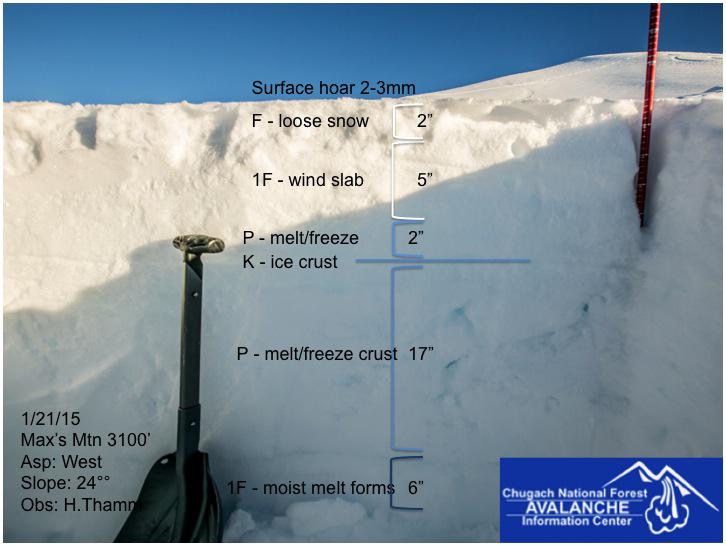 Snow pit at 3100' on Max's just below weather station on Western facing slope. 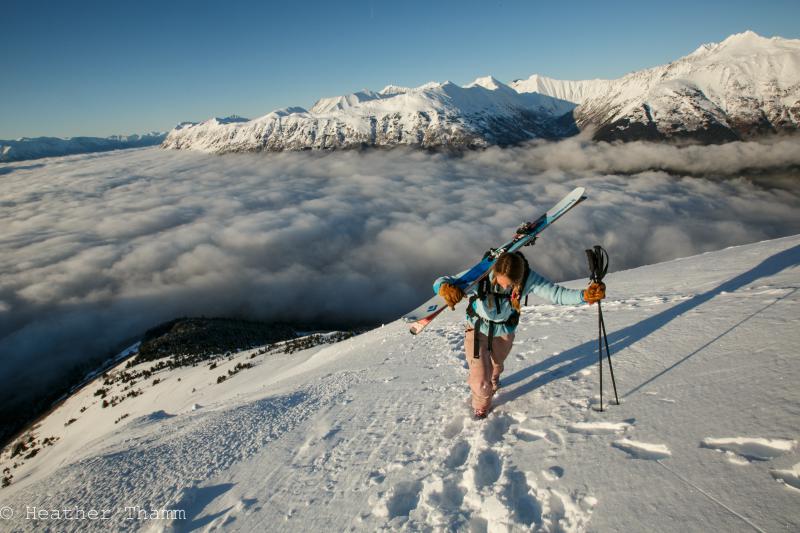 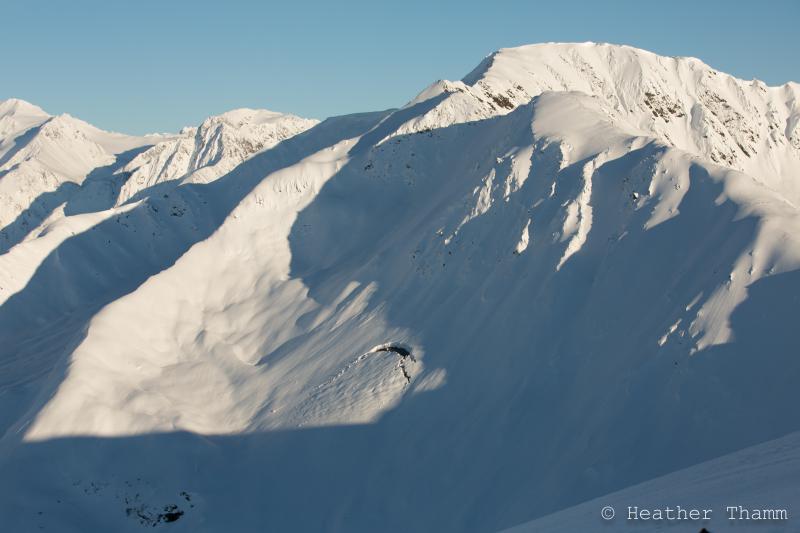 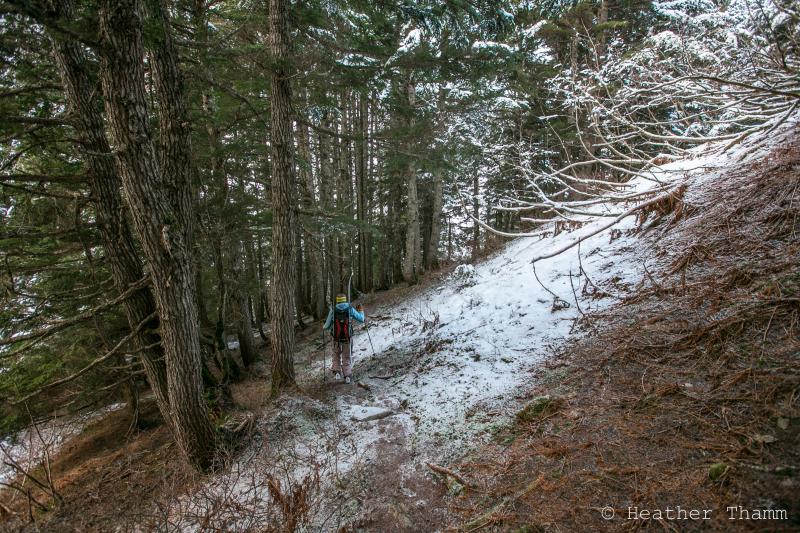 Very little snow in the tree canopy of Max's. Picture taken at about 1800'. 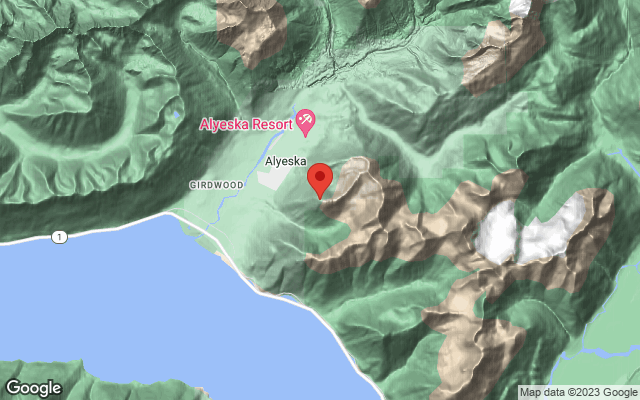