Snow Surface Conditions:
There has been much wind damage in the Crow Creek Valley proper – especially lower in the valley. We found many stiff wind slabs/drifts that are sitting on weak snow and faceted snow. We were able to collapse these with ease when stepping on them. If found on a steep enough slope, they have the potential to avalanche. Due to this we modified our travel plan to avoid these obvious wind slabs. That said, we did find sheltered areas where stability was fair and wind slabs did not exist.

Close call with a lower elevation cut-bank wind slab:
While we were ascending a ~80′ tall ~30′ wide wind slab to climb out of Crow Creek (to avoid steep slick scree) the first person to ascend collapsed the wind slab. It did not move (avalanche) but nonetheless, the collapse shook alders and was a pucker moment. Needless to say, the second person took the steep scree route without incident. This reinforced the fact that small avalanches (especially in small terrain with terrain traps) can be a big deal. Luckily all was well. So, watch those small features and terrain traps.

Snowpack Observations:
We dug one pit at 3,650′ on a 33 degree slope, East aspect. See photo below. There was one concerning layer at 45cm down. Stability test result was:
ECT P 14 SC @ 45cm down – This was weak snow between two thin crusts. There were no faceted forms found in the weak layer – simply a thin 2-3mm porous layer of rounded polygrains between two 3mm melt-freeze crusts. This instability is likely very elevation dependent and no signs of recent avalanches in the region have pointed to any mid-pack weakness. This is a good sign but the test result is also something to take note of regardless and look for if venturing onto steep committing terrain. 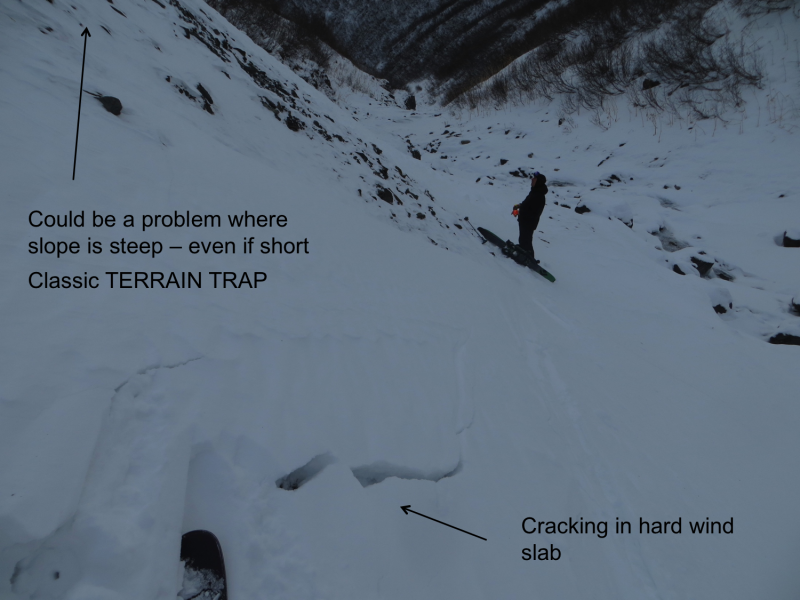 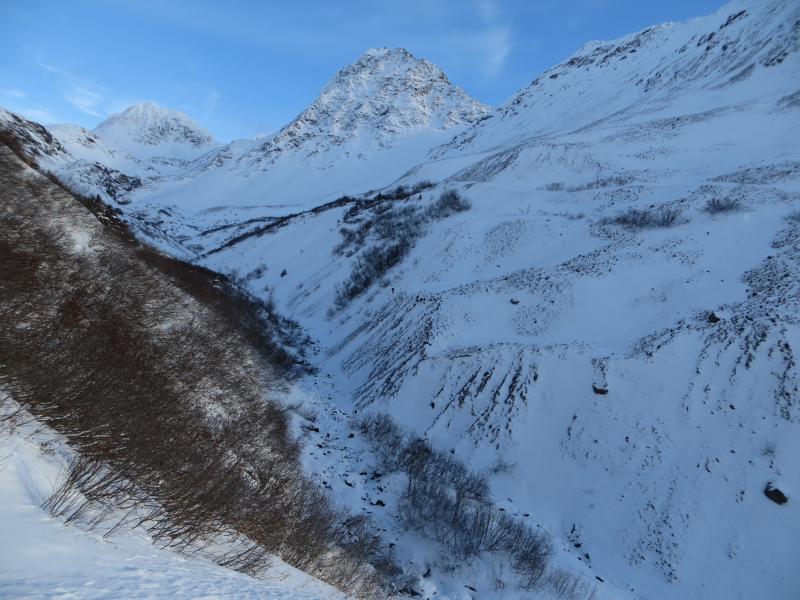 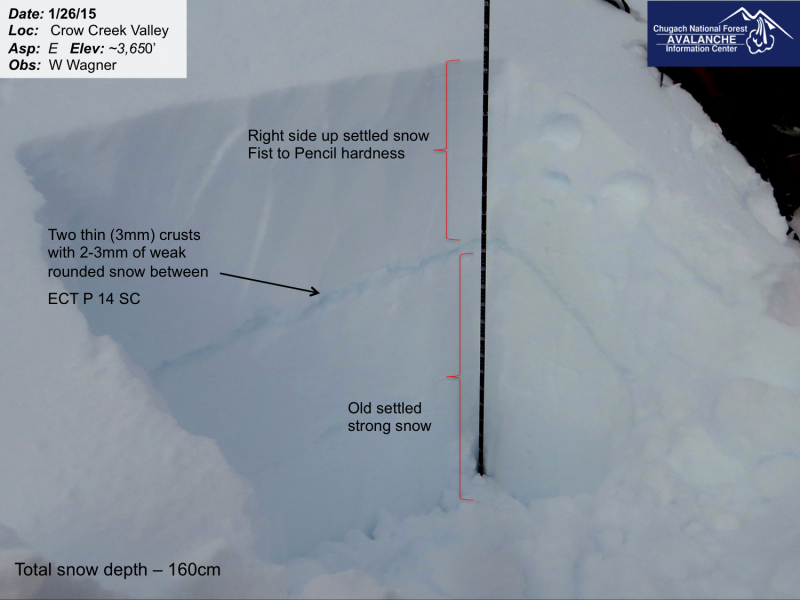