Headed up to take a look at conditions in the Raggedtop area of Girdwood Valley.

Overcast to obscured skies. Winds picked up in the afternoon and were blowing moderate from the NW along the ridgelines, enough that visibility was severely hampered at times. Temperatures were warm, upper 20'sF below treeline, but cooled off dramatically as the cold NW winds pushed in at the higher elevations. Light snow was falling in the afternoon which accumulated to a trace by 4:30pm.

There was around 4-8" of soft settled powder in wind sheltered zones below the ridgeline. Above the trees, there were varying thicknesses of old wind crusts and hard wind slabs in exposed locations - along ridgelines and lower on slopes where winds funnel.

Winds were just starting to move snow around in afternoon.

One very large older avalanche possibly from the Valentine's cycle in mid-Feb. See photos below of the old debris still evident.

We dug two and a half pits. All proved to have some level of persistent weakness:

Pit 2: Northwest facing at 2,700'
HS 100cm
Two weak layers found
Buried surface hoar - 55cm down ECTX, however upon hitting with extra force it did fail and propagate (Video below). BSH was 3-4mm in size, partially laying down and very stubborn to fail.
Depth hoar - at the ground, we did not do stability tests on this basal layer, just confirmed its existence.

Pit 1/2: 2,300' East facing in treed meadow
HS 150 (ish)
Top 50cm of snow had two 2cm layers of melt-freeze crusts in the middle.
50cm below surface existed buried surface hoar (1-2cm in size), intact and upright. There was an older slab avalanche in this lower elevation treed meadow that likely failed on this layer. No stability tests were performed here.

Bottom line: Poor structure exists in mid and base of pack. Fresh wind slabs just starting to form with the uptick in winds during afternoon. 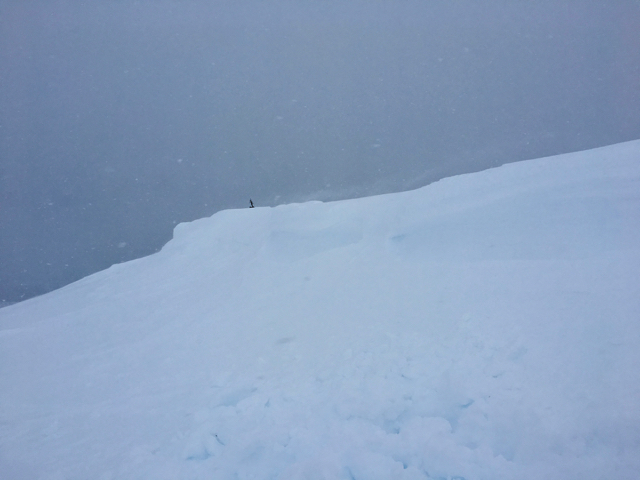 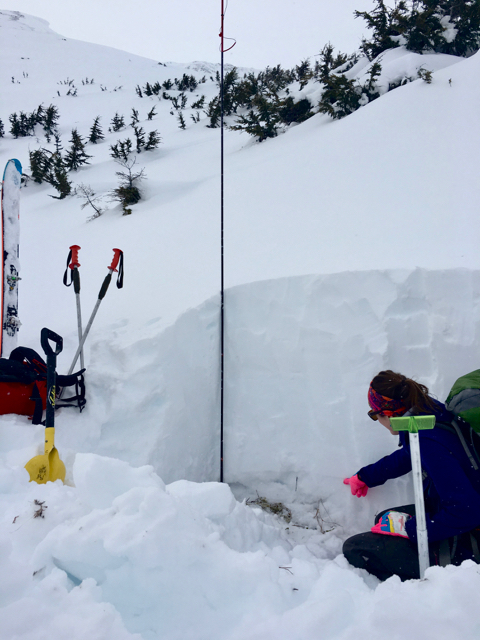 Looking at the depth hoar evident on the bottom of the pack at 2,900' 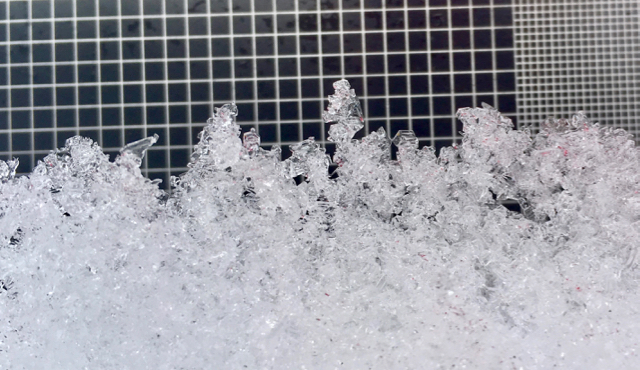 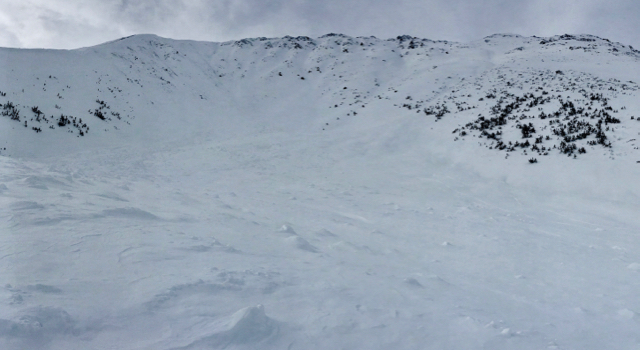 Old natural avalanche that took out the looker's left side of Raggedy Bowl and put debris down to 1,900' 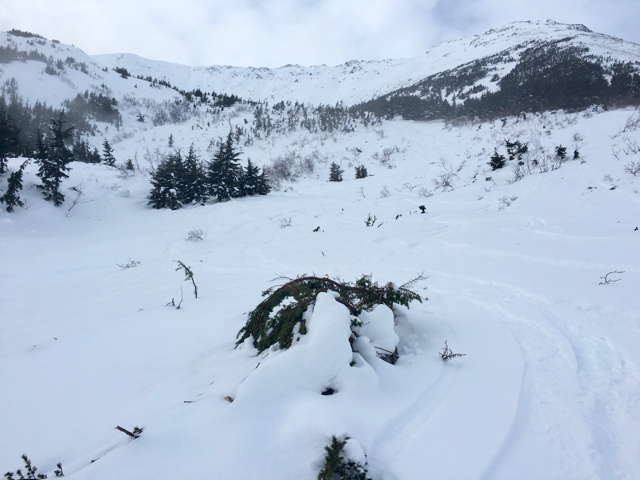 Debris from old natural avalanche that reached far down the gully to 1,900' 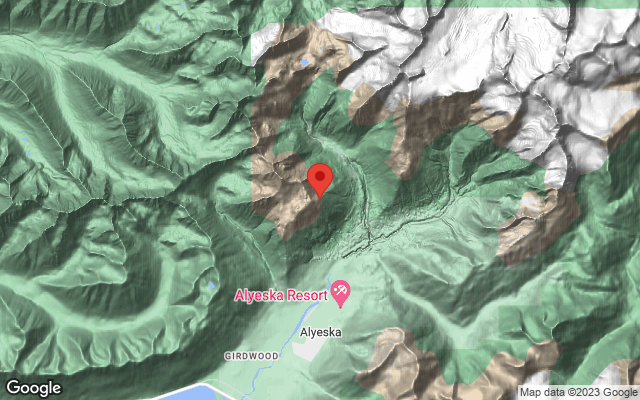