Snow Below the Surface:
New snow appeared to be bonding quite well to the old melt freeze interface. I was specifically looking for
buried surface hoar today that has been ever present in both the Turnagain and Summit zones over the last
week. In my limited samples, I did not find this weak layer today and had no propagation in any of my
snowpits. This is good news but I won’t go so far as to say this buried surface hoar doesn’t exist in the
Girdwood valley…. Knowing how troublesome this layer can be, it’ll be worth taking the time to evaluate
individual slopes carefully before committing.

I did find small (2-3mm) facets below a crust in one snowpit though this layer was also unreactive in terms
of propagation. 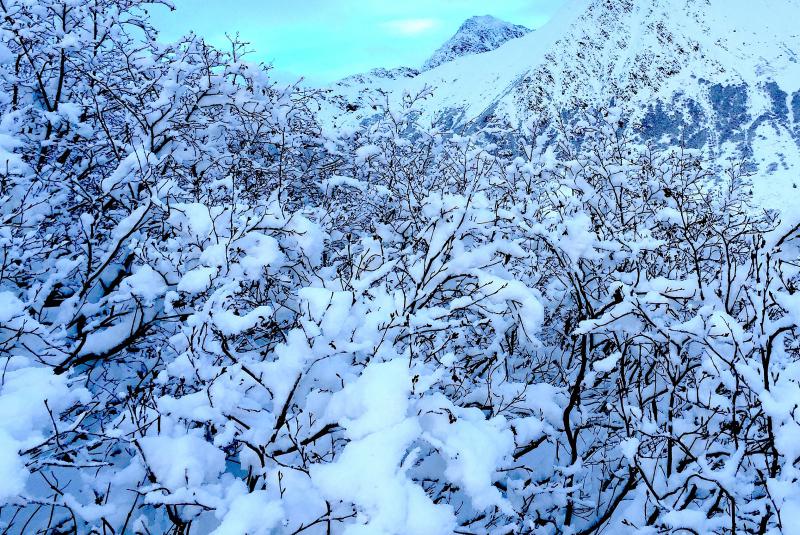 Early signs of the alder bending under weight! 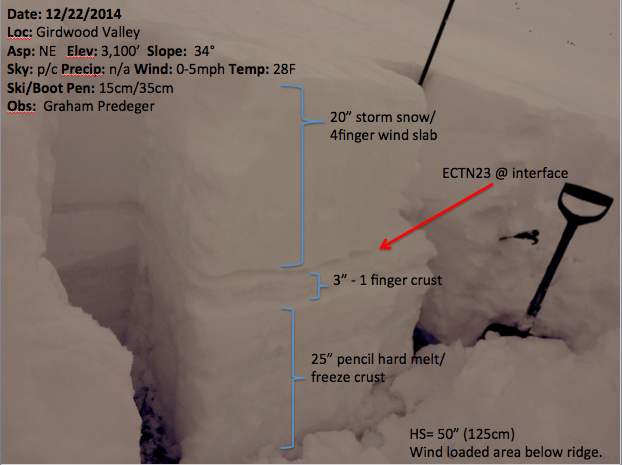 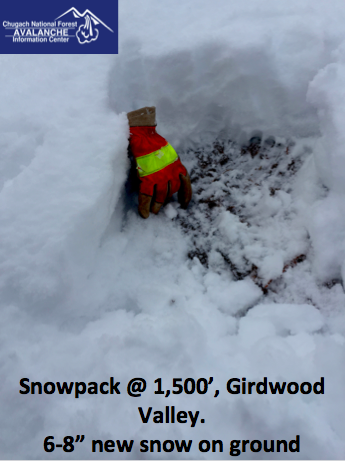 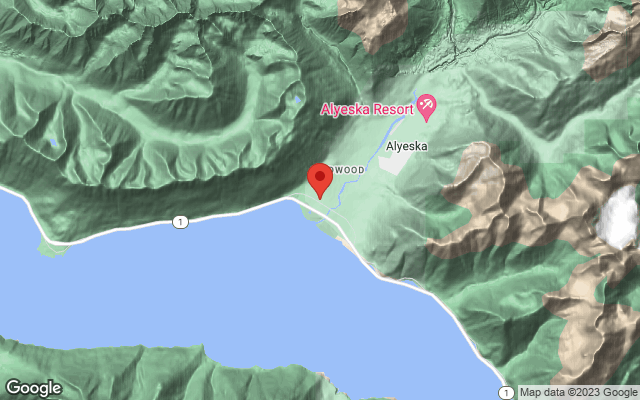