Skier triggered avalanche on Raggedtop Mountain, Eastern Bowl. No one was caught, no injuries.

Reported events:
A CNFAIC staff member witnessed the entire event and was able to capture it with video and photos, and
was able to talk with three of the four individuals involved in the incident. Skier 1 triggered the first small
avalanche (roughly 50′ wide.) See video. He was not aware that he had triggered the avalanche and it was
out of sight from the other group members on the ridge above. Skier 2 and snowboarder 3 made it through
the run without triggering an avalanche. Skier 4 skied the same line as the previous three in the party and
triggered an avalanche that propagated above and around the original avalanche. See photo diagram below.
There was radio communication between Skier 1 and Skier 4, but due to the avalanche being out of sight from
above and below, the avalanche activity was not communicated. No one was caught in either incident and
there were no injuries.

There was one snowboard track from earlier in the morning on a similar aspect from a separate party.
Tracks can be seen in the last image, left side.

Snowpack history:
The snowpack was reported to be “very thin” near the ridge and throughout the entire
run. There is very little information known about the snowpack in the Girdwood Valley, and no information
known about the snow pack at this elevation and aspect. On Monday, Dec. 13 CNFAIC staff dug several
pits on Raggedtop between 2000-3100′ and facets were found below a crust in one of the pits. This facet
layer was not reactive in terms of propagation. They did not find any buried surface hoar, the persistent weak
layer which has been troublingTurnagain Pass and Summit Lake area over the past 10 days. Observation can
be found on the observations page or at this URL address (http://www.cnfaic.org/observations/fotogallery.php?id=p3007&year=&map=&month=) 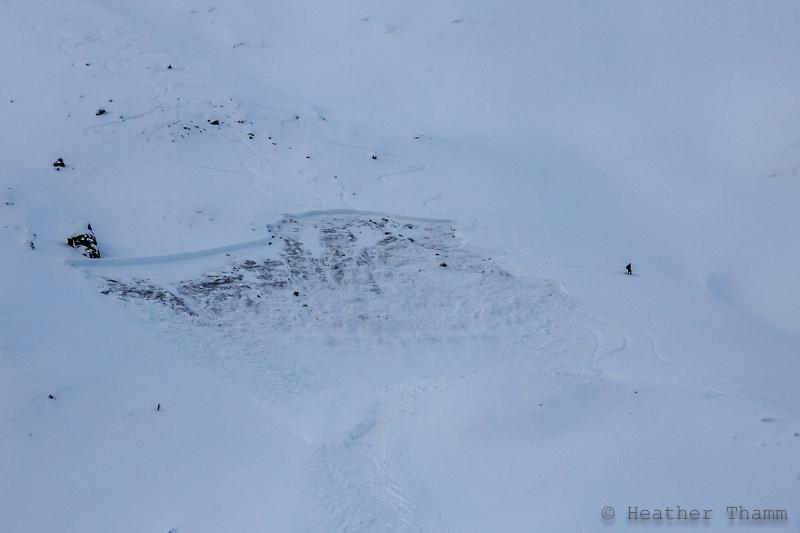 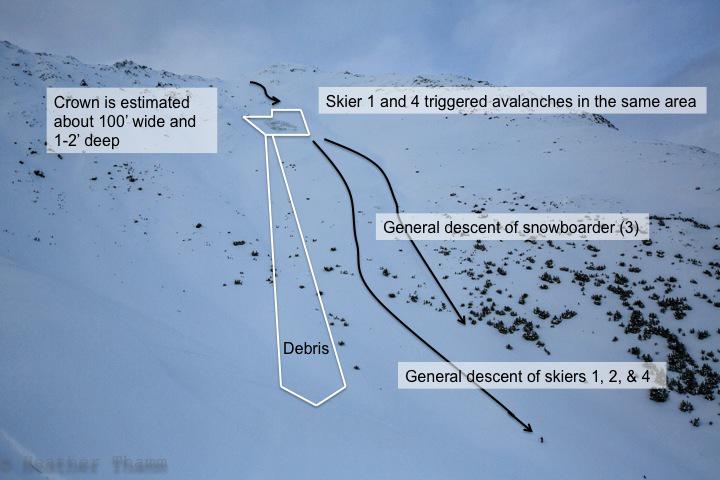 View of the entire slide path on the Raggedtop's Eastern bowl. 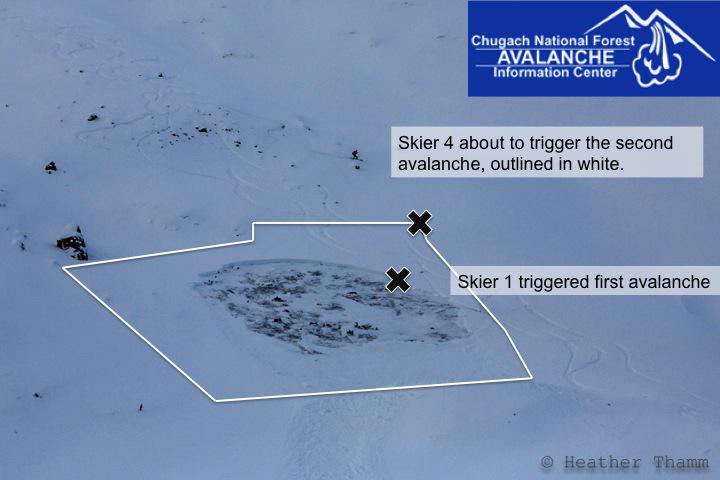 Skier 4 just before the second avalanche is triggered. White outlines the dimensions of 2 avalanche. 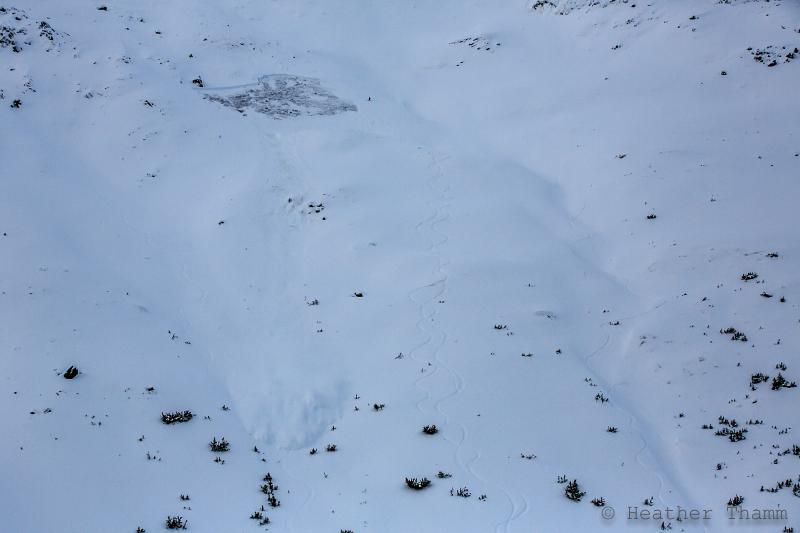 Debris in motion from the second avalanche. Note the snowboard track on lookers left was from earlier in the morning, a different party. 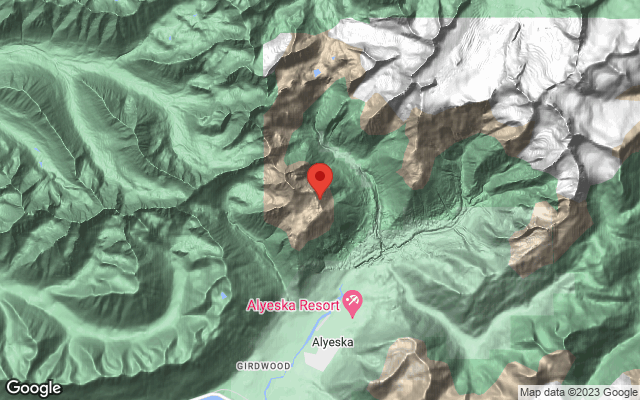