Skinned up from road on existing skin track to southeast finger running direct to Frostbite peak. Intensions were to ski a northeast-east facing line across the bowl so we opted to dig a pit with similar characteristics on Frostbite ridge before we committed to touring around to our drop in point. Pit location was on the north side of the main rib coming southeast off of Frostbite.

The sun has been cooking everthing in its path. Even the Snow down in the trees has a nasty 1" crust on it. Northerly snow seemed to be hold out as long as it had enough shade to protect it from the sun. By the time we exited throuh the trees most of the snow was either Tapioca or crusted over with only small patches of powder hiding in the shade. Also any crowns that were wind scoured are either so thin you shouldn't ski them or so bake that they are mostly ice.

In the pit we had 105cm of snow, 30 degree slope, North-northeast aspect, elevation 3800, with MF crust at 80 and 40. Fasseted snow from 40 down to the ground. Condenced powder on the surface from last storm. Four finger to one finger snow between MF crusts. Shovel shear broke at 55, CT21 at 80cm and 25 at 40cm, ECTP20 at 40cm but did not slide. Slope had been wind loaded. 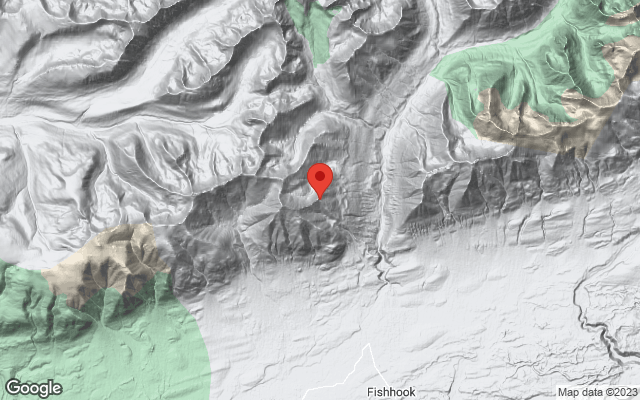