Skinned up SE aspect of Fresno Ridge to 2700′. We observed 4 recent avalanche on all on E or SE aspects. One on the primary drainage on the East face of Fresno facing the Road and three others on Colorado Peak. These were all hard wind slabs that released to the ground on basal facets. These likely occurred in the last two days due to the strong NW winds that have impacted the Kenai Mountains.

4 recent avalanche on E and SE aspects in Summit Lake, Colorado Peak and Fresno
One newish looking natural avalanche on the South facing aspect across the street from Twin Peaks along the Seward Hwy and another recent slide on an E aspect near Hope Wye.

Shooting crack (2-4' long) were observed within the top 2-4" of surface snow recently wind stiffened, all in the alpine above 2500', above the treeline.

Below 2000' - loose settled snow with places where recent winds have eroded the surface, but still very soft with a slight wind skin in places.

Above 2000' - loose snow in protected areas and in places exposed to recent winds, snow surface had a 1-4" wind slab.

The snowpack on Fresno is very thin!

Below 2000' the average height of snow was around 15" and gradually became 20" with elevation. In every hand pit there were 6-10" of basal facets on the ground, depth hoar (~3-4mm) was found in shallower places. There was some variability in the mid pack layers above 1500' where a breakable wind crust was present in places. In other places it was loose snow all the way to the ground. Very punchy and inconsistent. The slab was mostly loose snow and not connected in this elevation band.

In the alpine the depths varied from 1'-3' where winds have impacted and drifted snow over several wind events this season. The most recent wind event being yesterday (1/18) through this morning (1/19.) Many North ridges are scoured southern ridges seemed more loaded than usual. Fresno ridge for example is normally scoured, but right now it is mostly covered. 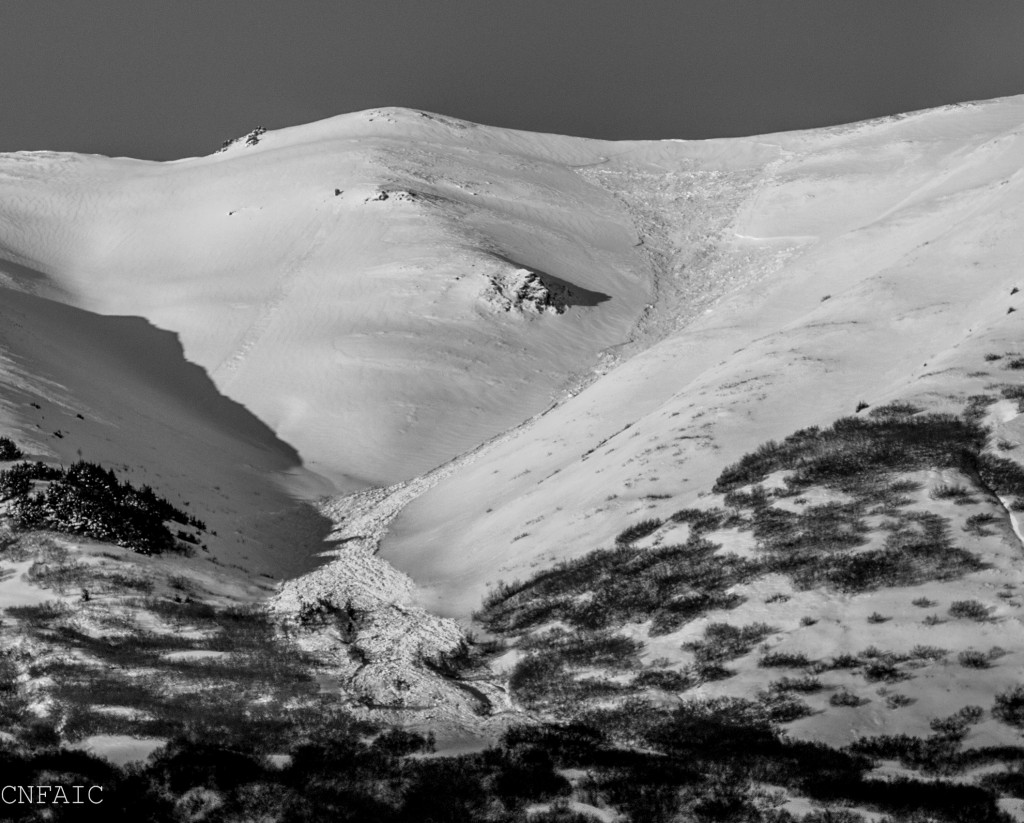 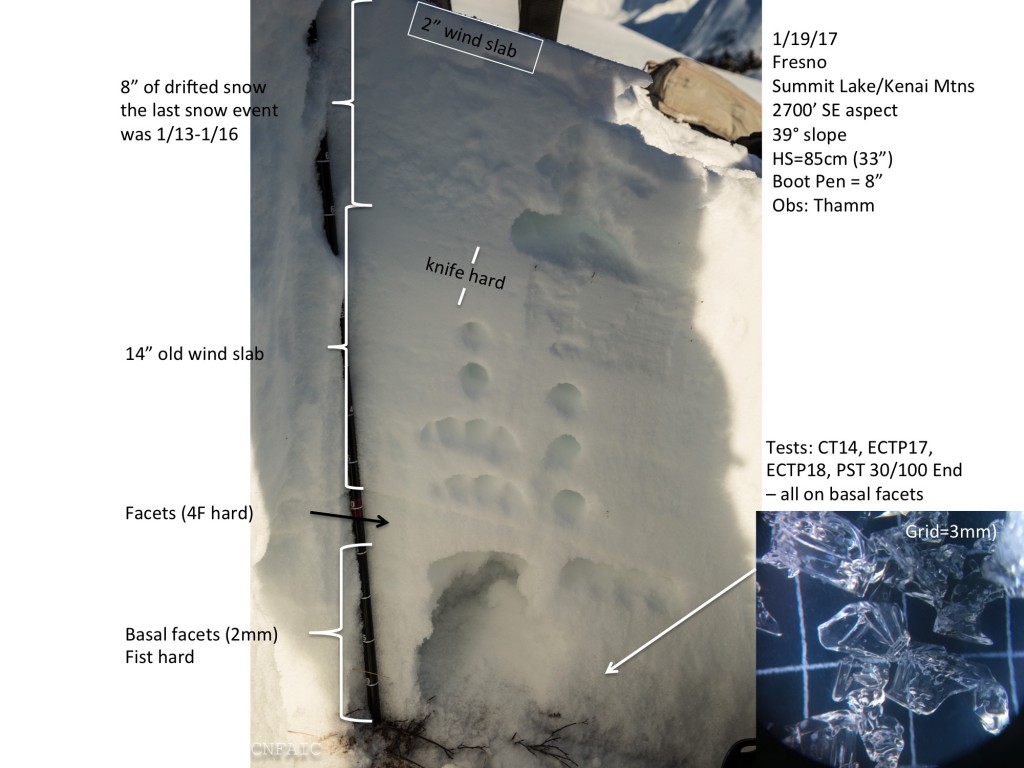 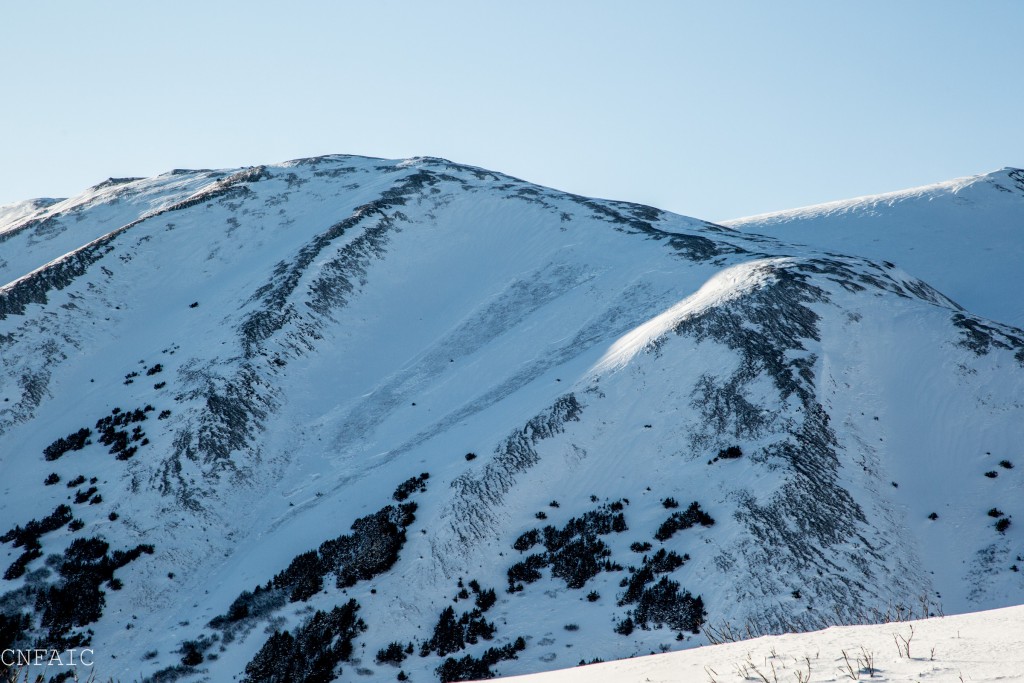 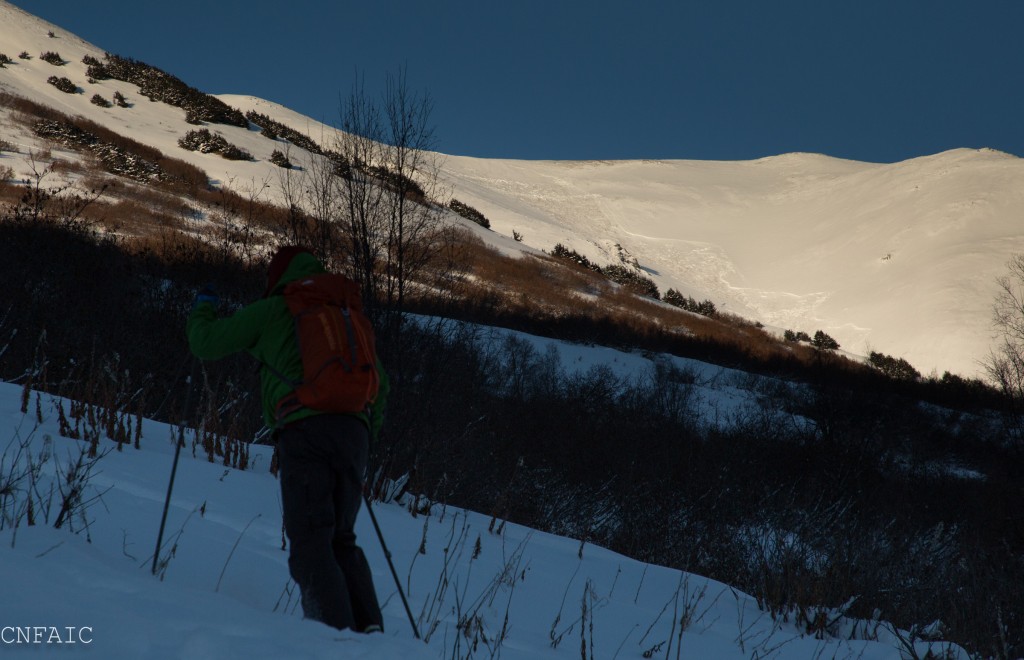 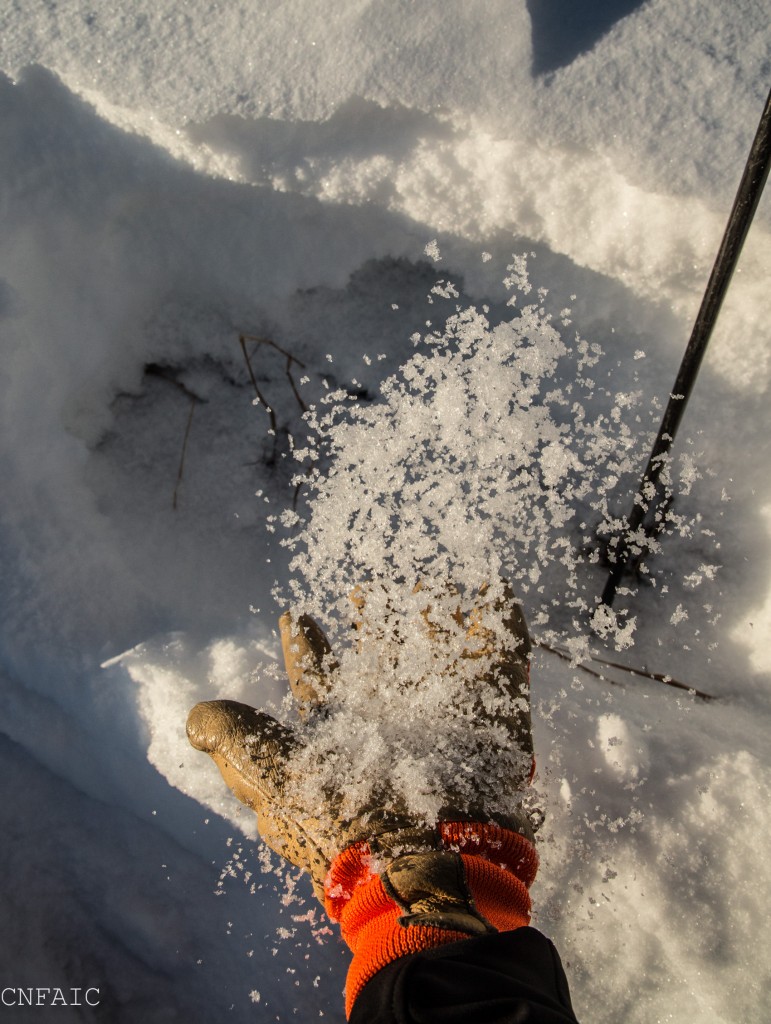 Large grain facets on the ground in a hand pit at 2000' , only 15" of snow in this location. There was no slab in this area, all low density loose snow. 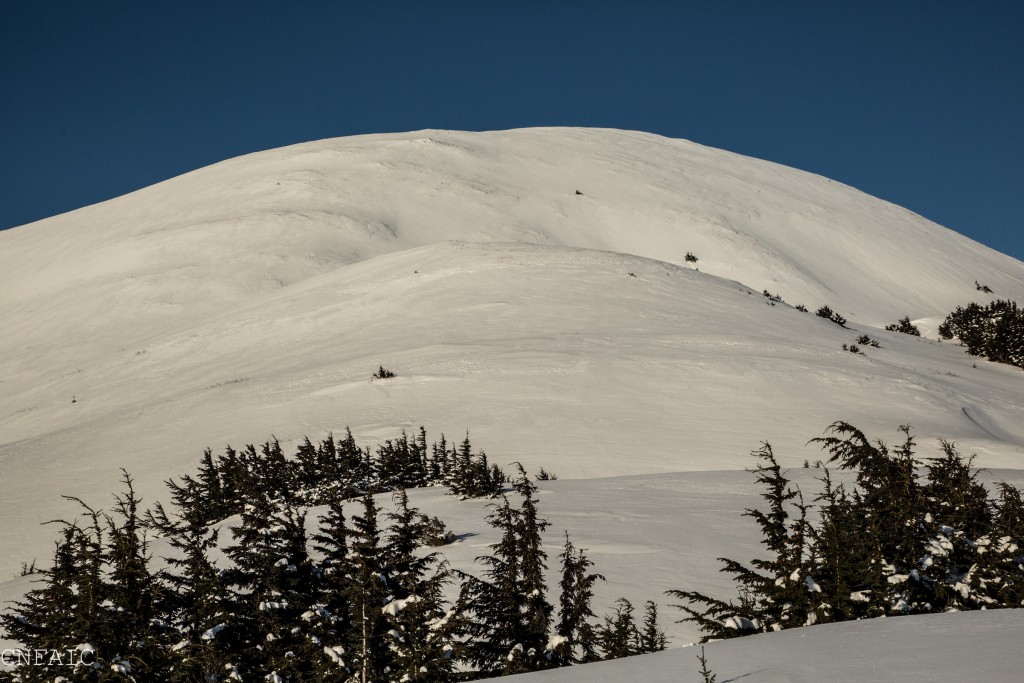 Fresno ridge just below the weather station. We dug a pit on the middle bump near the middle of this photo (SE aspect) 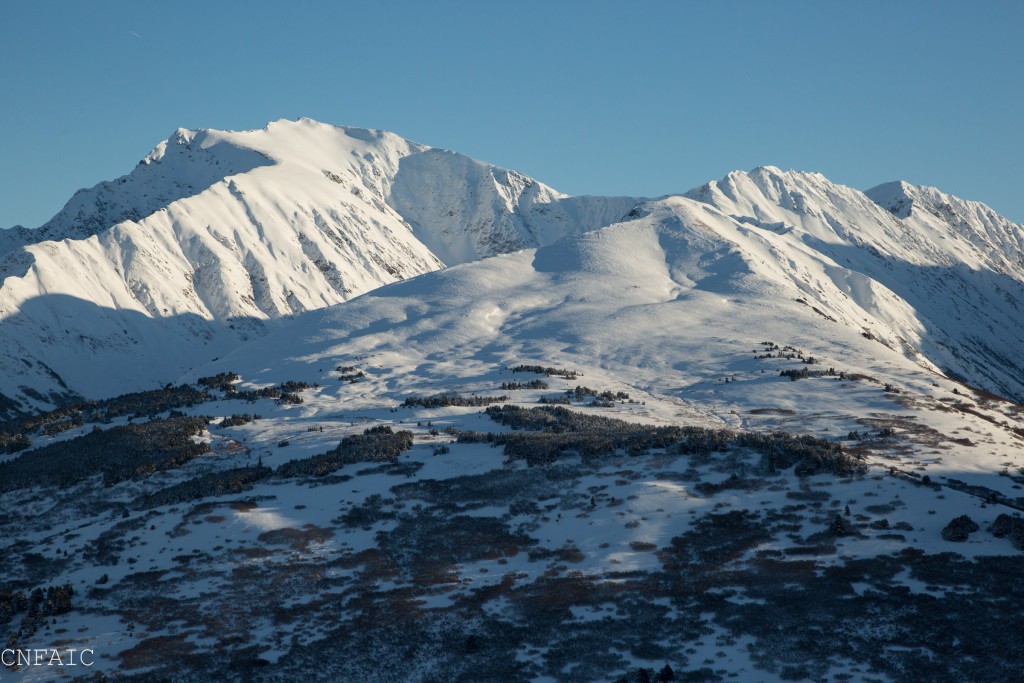 View of Silvertip and Manitoba from Fresno 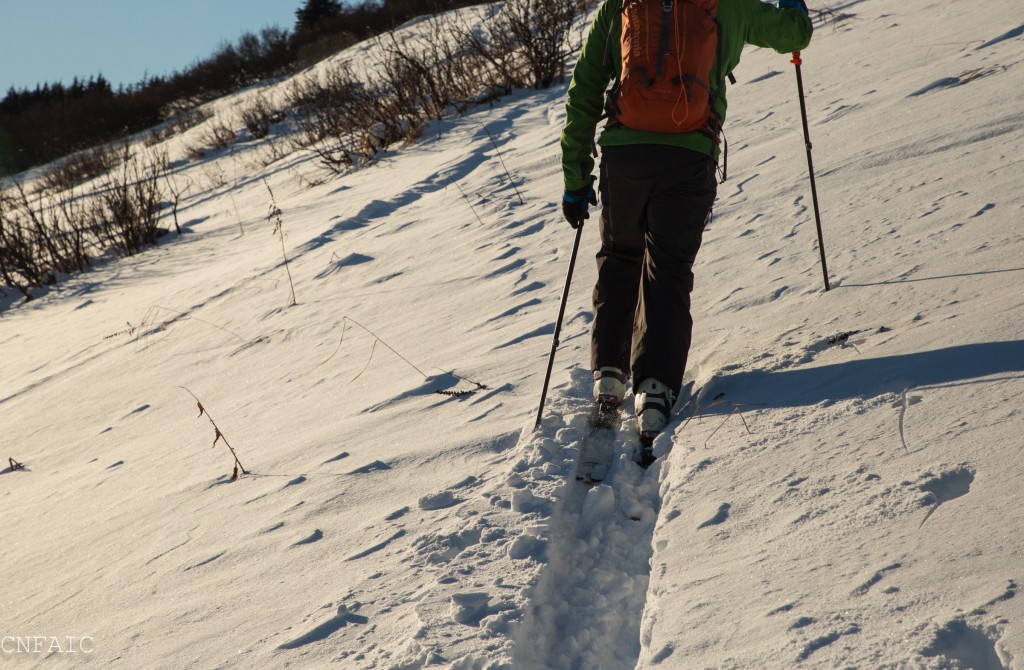 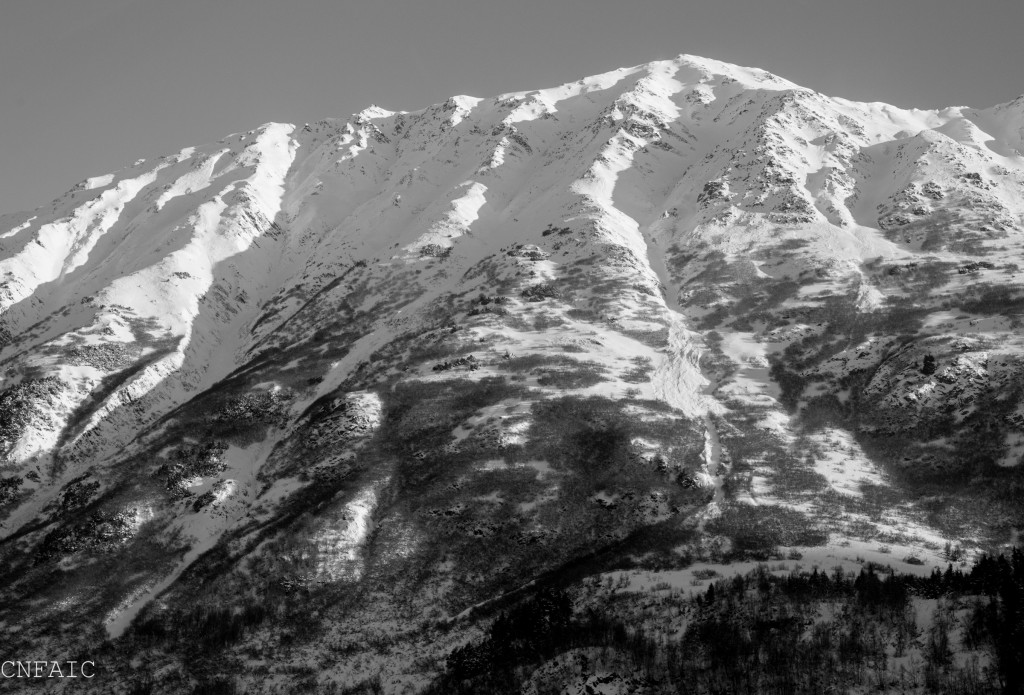 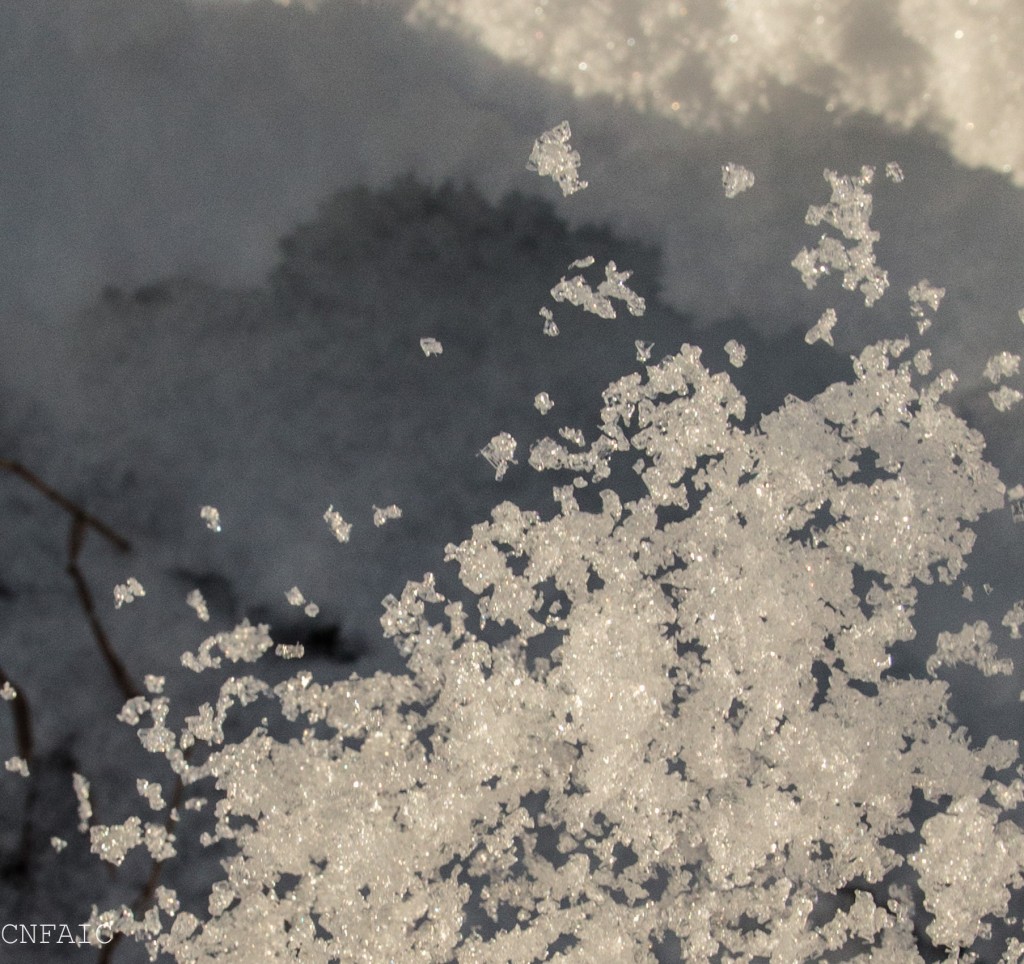 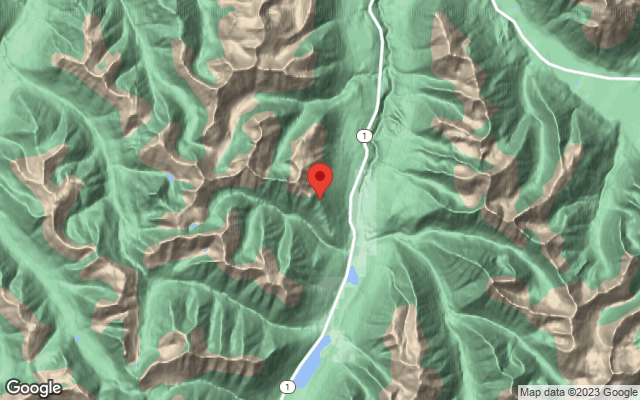