SE Ridge to Wx Station and to Fresno Peak

No obvious signs of instability were observed, but winds were blowing on ridge a steady 15-20mph from the NE. We did find a reactive layer of facets in our test pit that required a lot of force to propagate.

*Winds were loading SW aspects, but we did not observe any shooting cracks on in a low angle gully
*Large (1-2cm) surface hoar growing in protected trees below 2700' and smaller surface hoar was seen on crust at lower elevations.

On a WSW aspect at 4100' height of snow varied from 50cm to 250cm. We dug a pit where the snow began to thin (HS=110cnm.) Found a reactive layer of facets 53cm (~20") below surface that propagated in test pit. It required a lot of force to initiate this layer, but upon failure it had a lot of energy. See video. This pit had poor structure, 4 out of 5 lemons. Test results: ECTP24 SP (Q1) & ECTX, but with additional force facet layer failed, SP.

This was a good reminder that Summit Lake harbors a variety of weak layers within the snowpack. Always keep in mind that likely trigger spots will be in steep terrain where the snowpack is thin - near rocks and below wind scoured ridges and convexities. 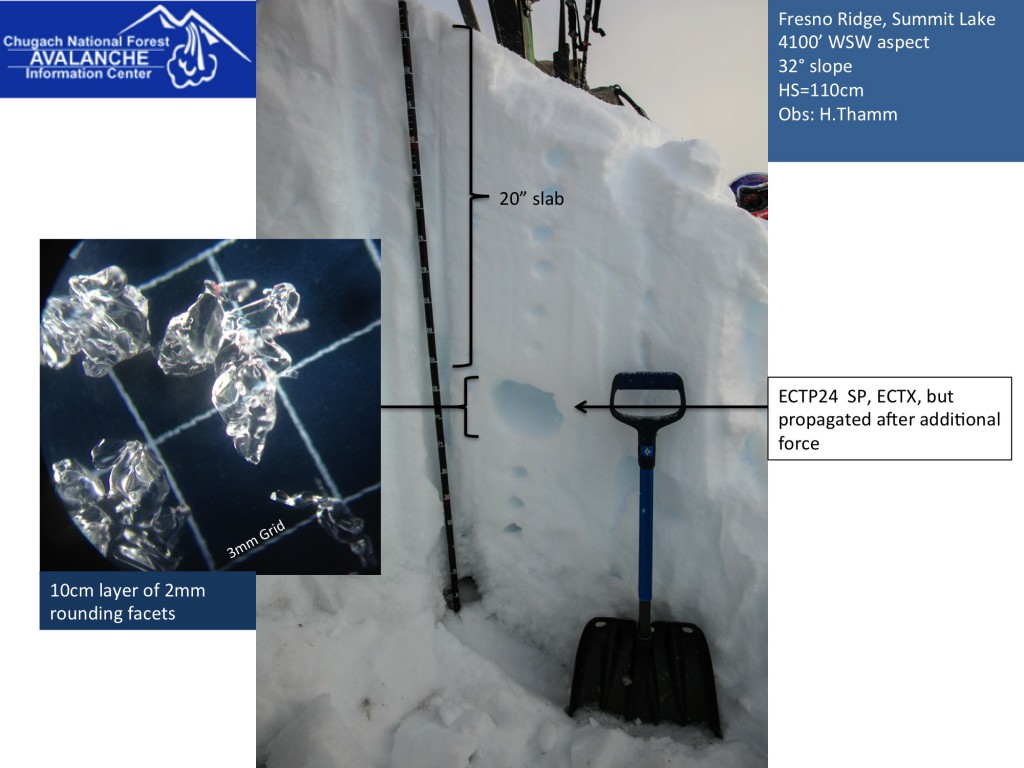 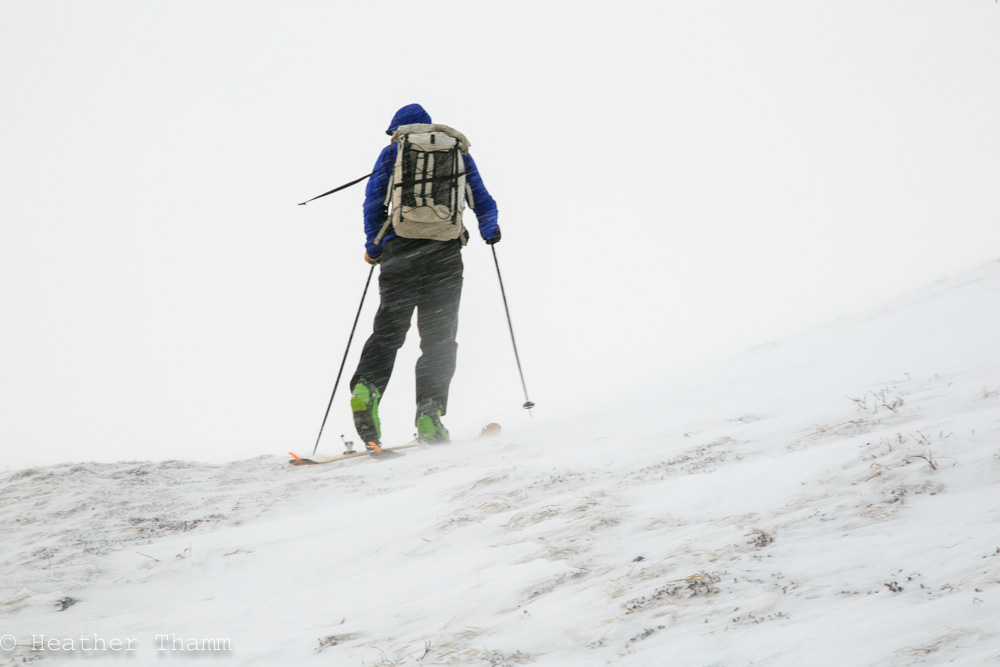 Moderate NE winds on Fresno made for uncomfortable travel 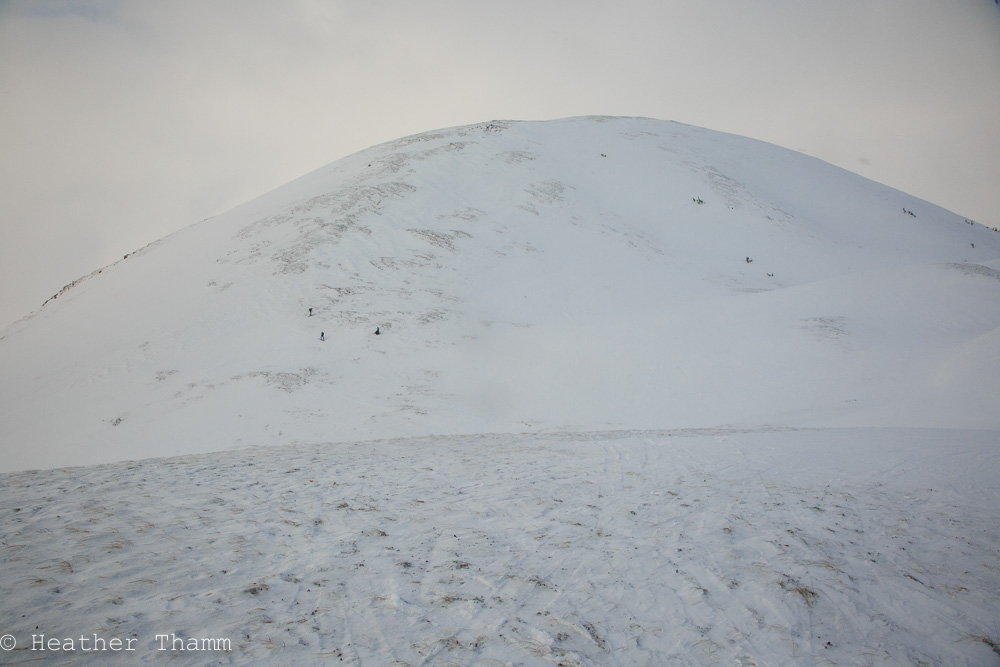 In the alpine ridges were scoured and snow was wind affected 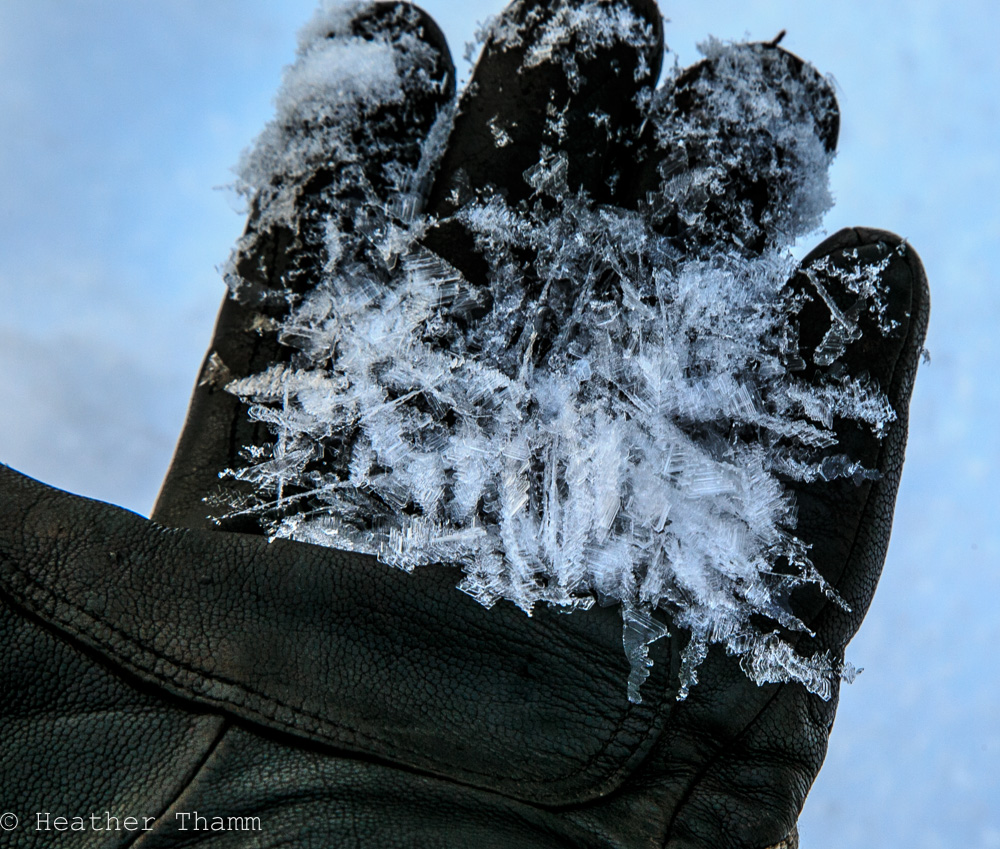 2cm long surface hoar found in the protected trees below 2700' 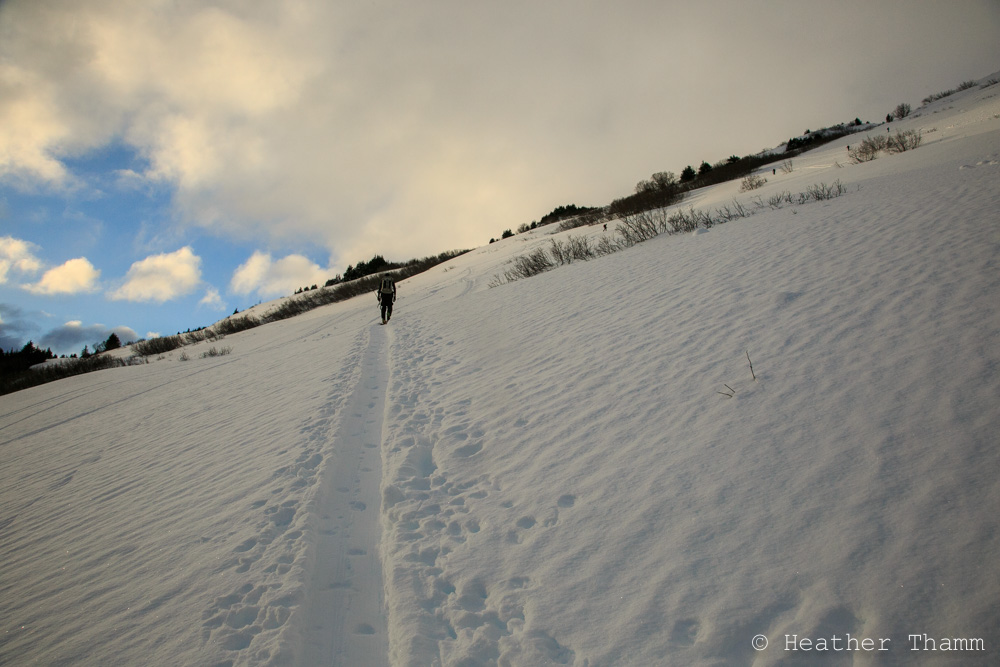 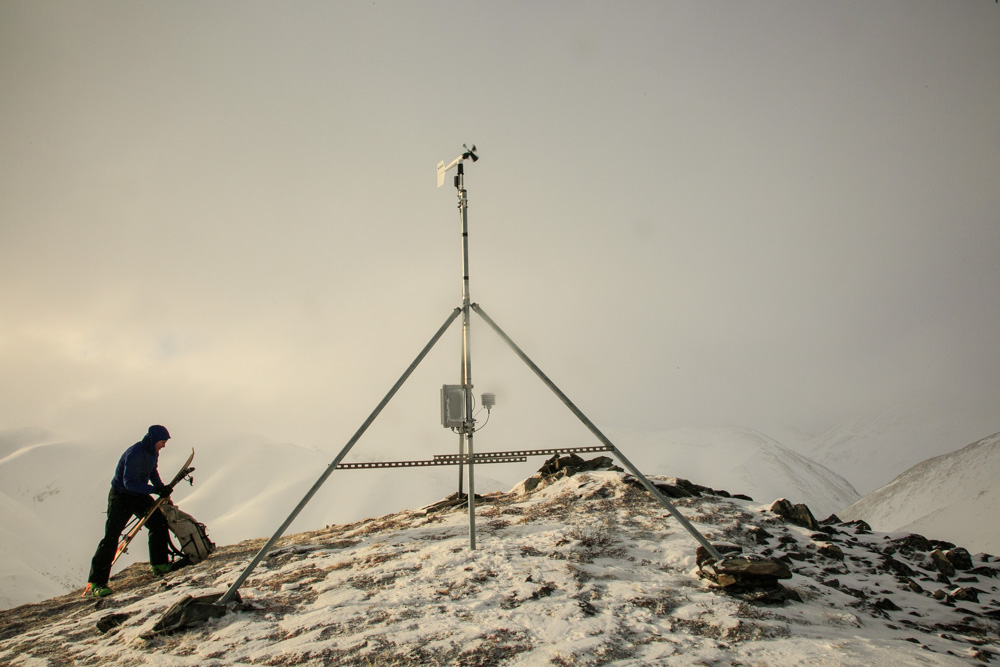 Troubleshooting the Fresno Wx Station…hoping to get it up and running soon. 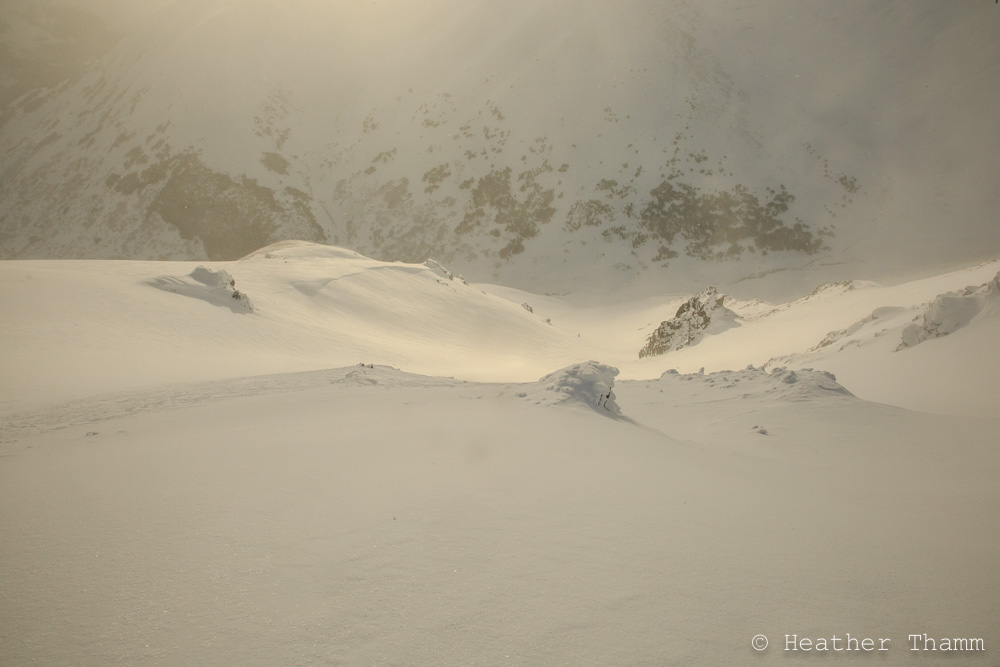 Dug a pit near far left hand edge of gully where snow was thinner. Snow depths varied from 50cm to 250cm in the gully. 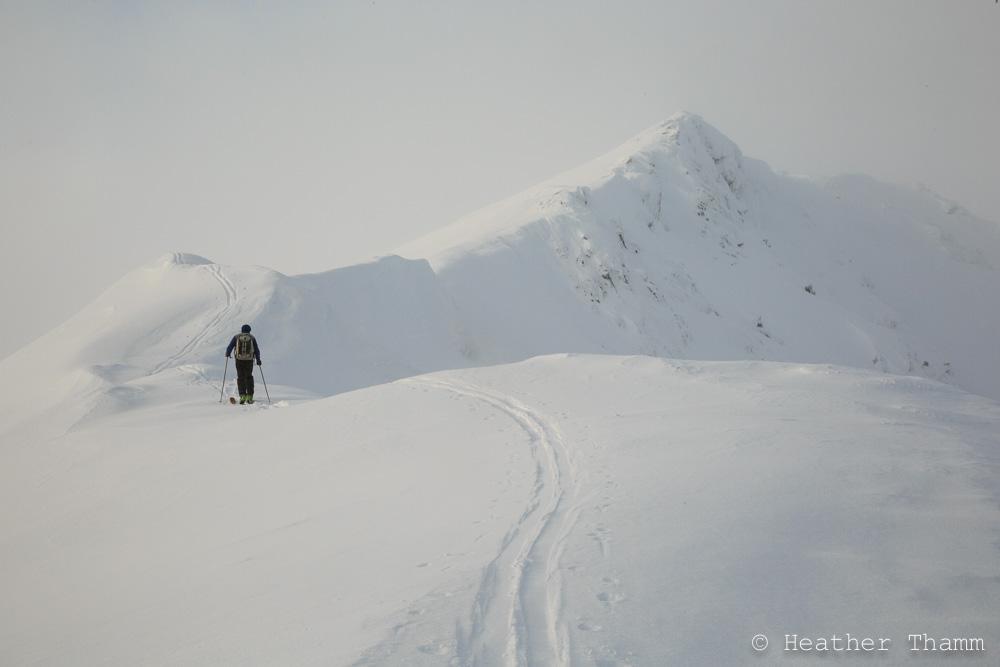 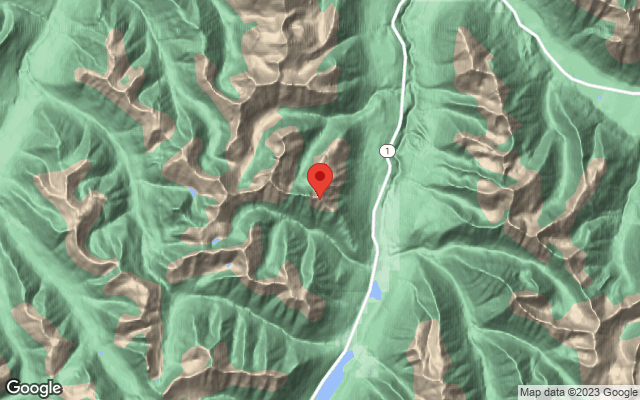