Toured up Fresno Ridge to ~2700′. Objectives were to inventory surface conditions and investigate the distribution and reactivity of various persistent weak layers. We were also on the lookout for recently formed wind slabs.

Small isolated "pizza box" wind slabs were cracking under our skis from ~2000' and above (see photos).

Puffy new snow on vegetation above 2500' indicated that recent snowfall has not been accompanied by much wind.

The snowpack is generally thin, and highly spatially variable. At all elevations we travelled below treeline, weak snow is near the surface, sitting on various crust / facet sandwiches in the midpack. In a previously wind loaded location at treeline, a thicker, hard slab was found sitting on multiple buried surface hoar layers. Well developed cupped, striated 3mm depth hoar can be found at the base of the snowpack, sitting below a stout 4-5" thick melt-freeze crust. 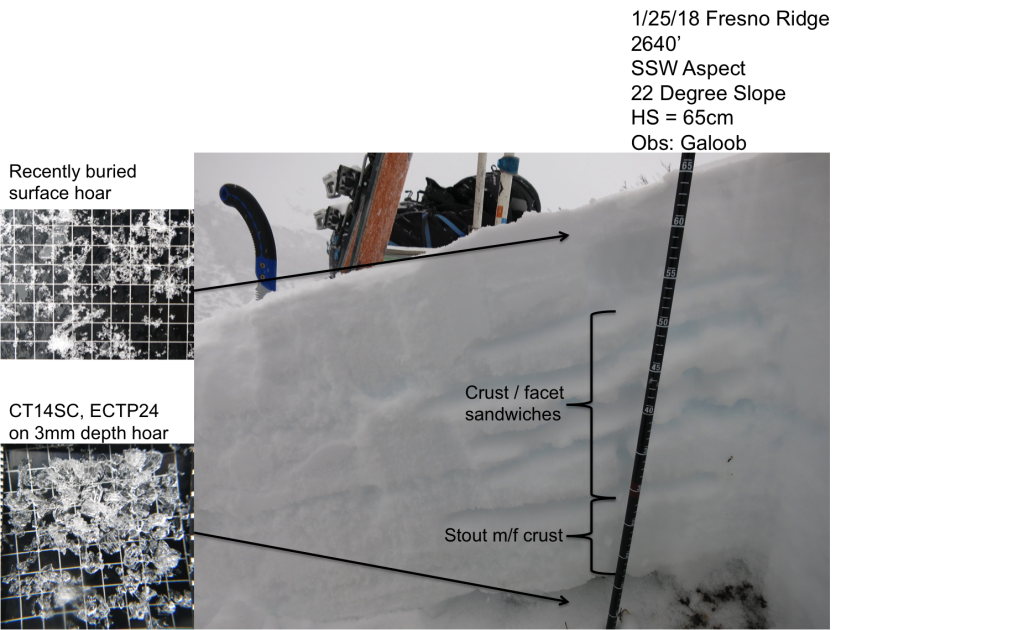 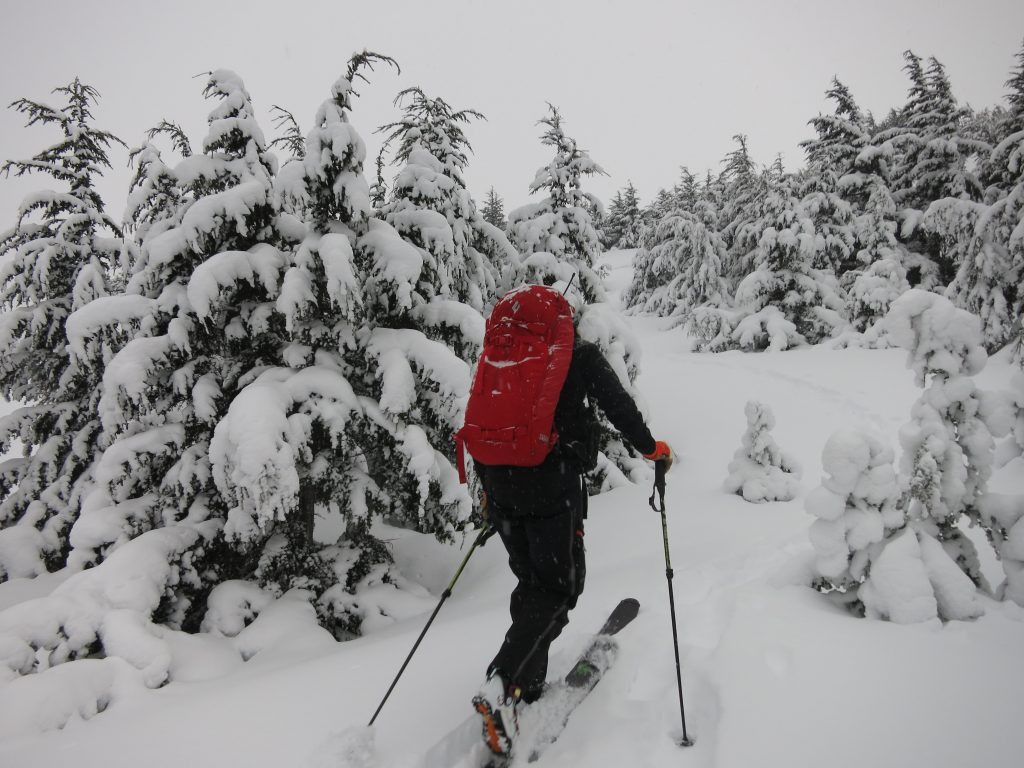 Puffy new snow on vegetation at 2500': Indicative that new snow has fallen under calm winds. 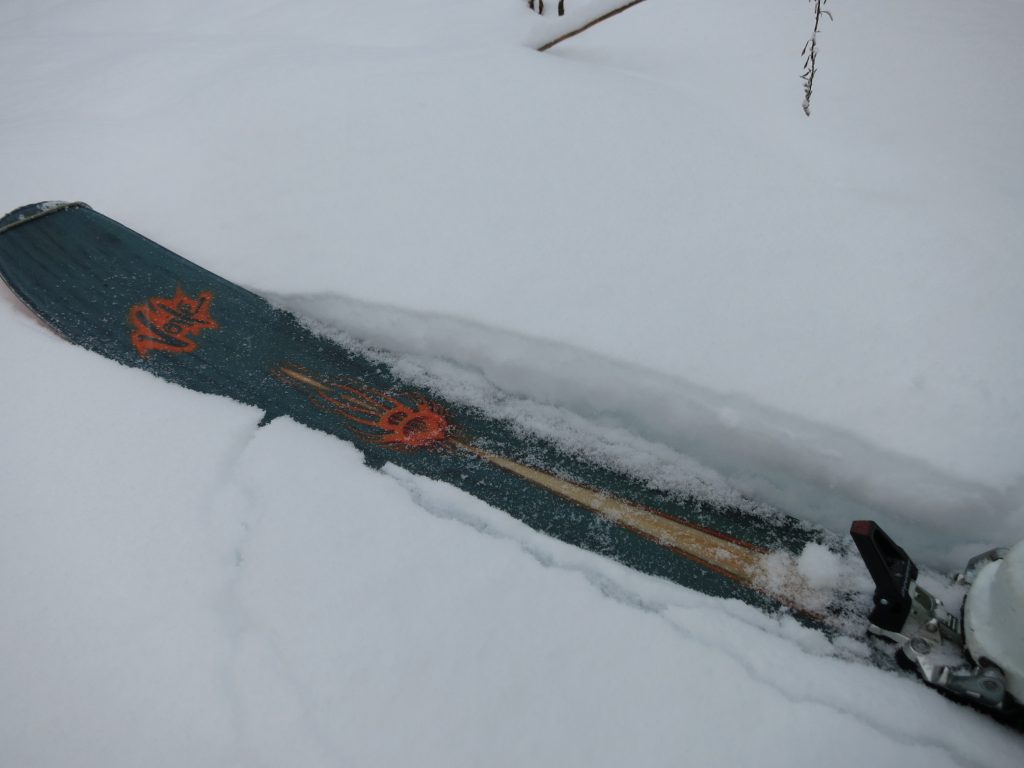 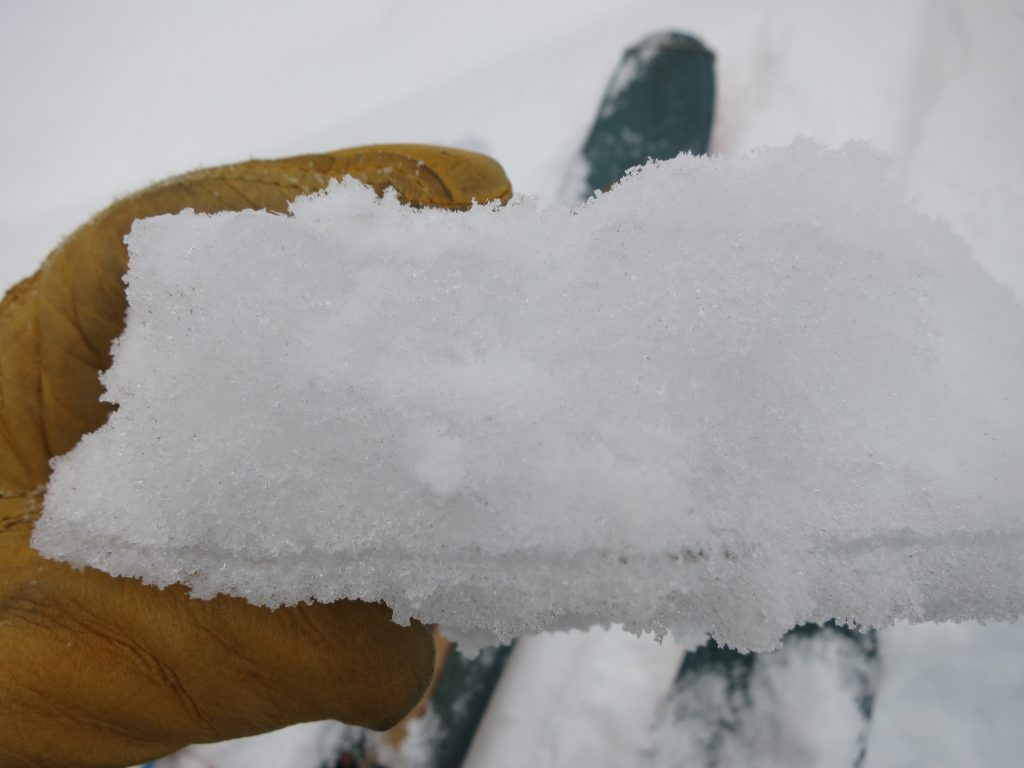 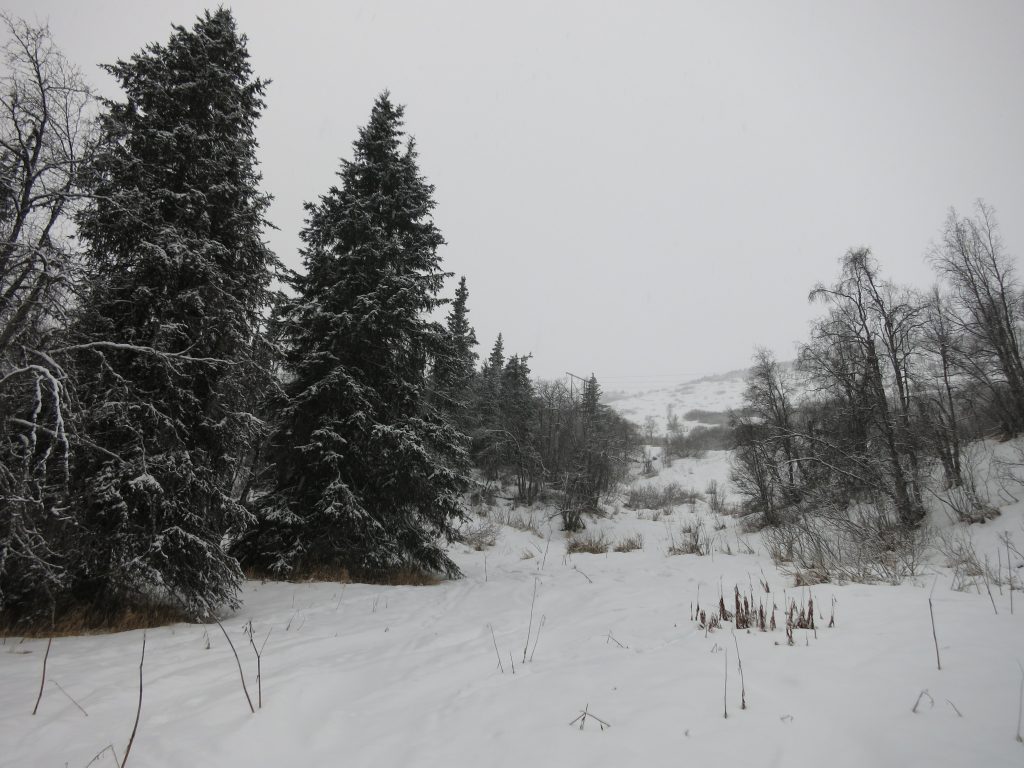 Conditions on the west side of the highway remain thin, variable, and challenging at lower elevations. 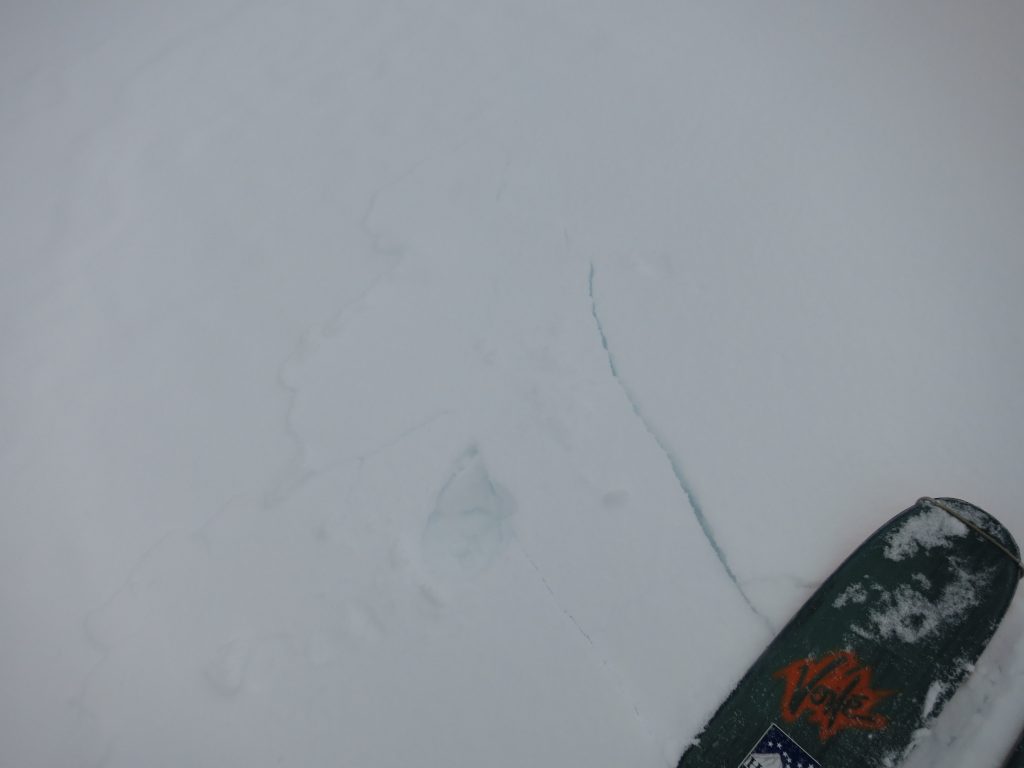 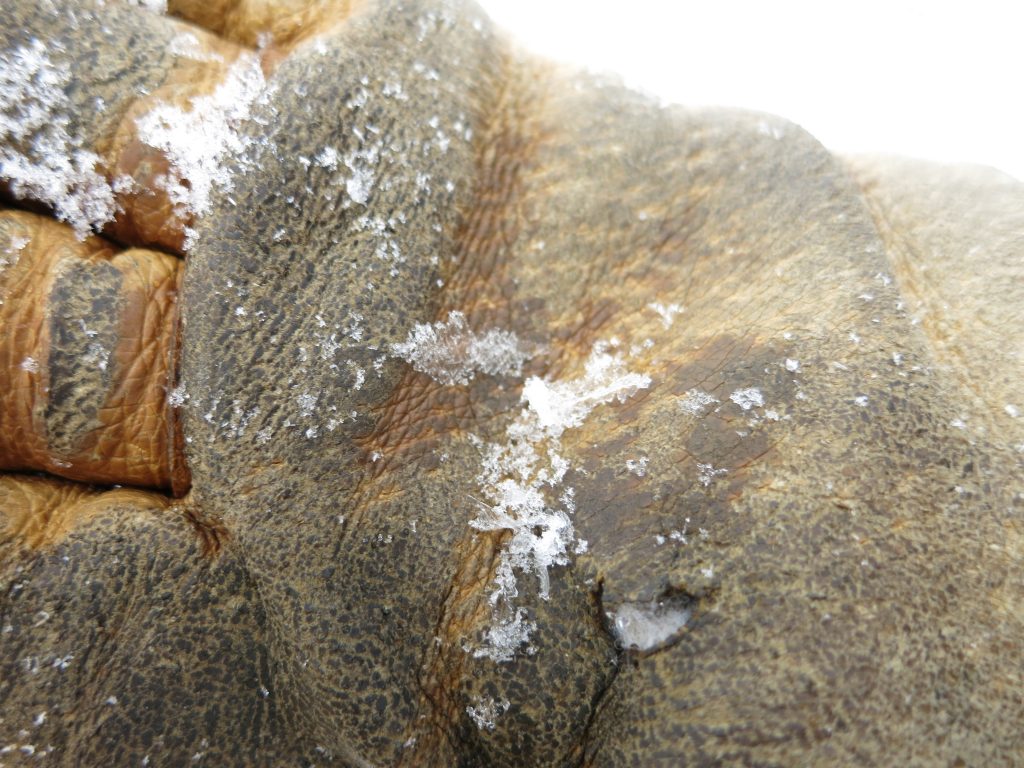 Buried surface hoar immediately below the new snow at 2500'. 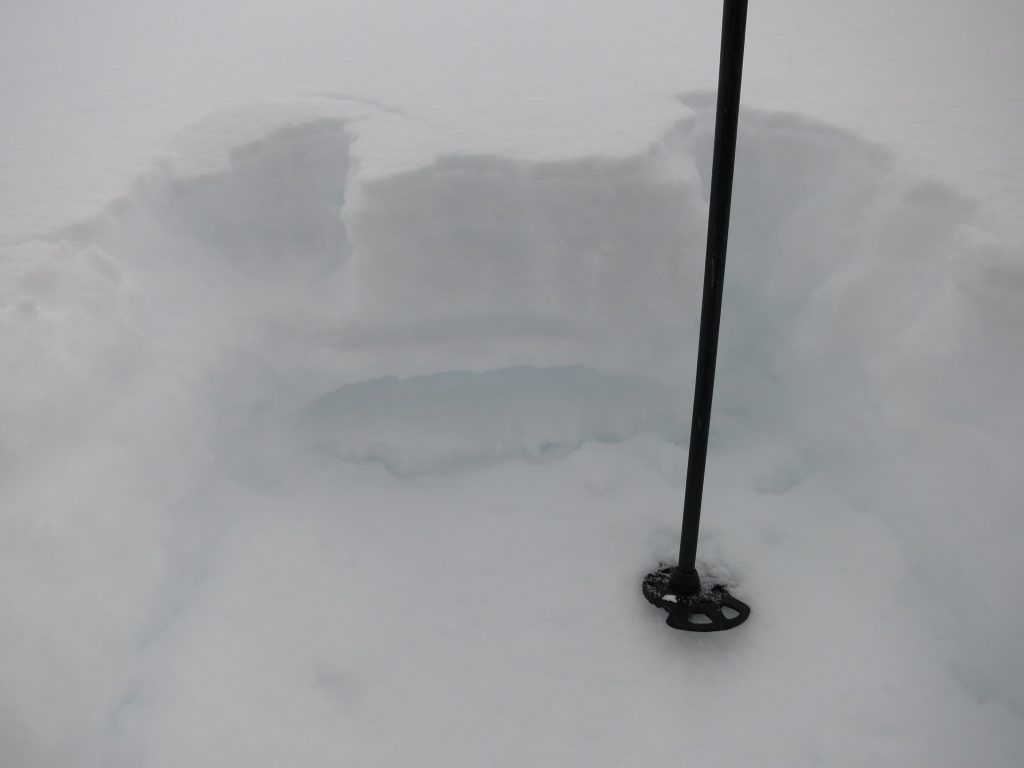 Hand pit at 2500'. The block failed on isolation on the facets below the crust nearest the surface. Surface hoar, pictured above, was found intact in this pit. 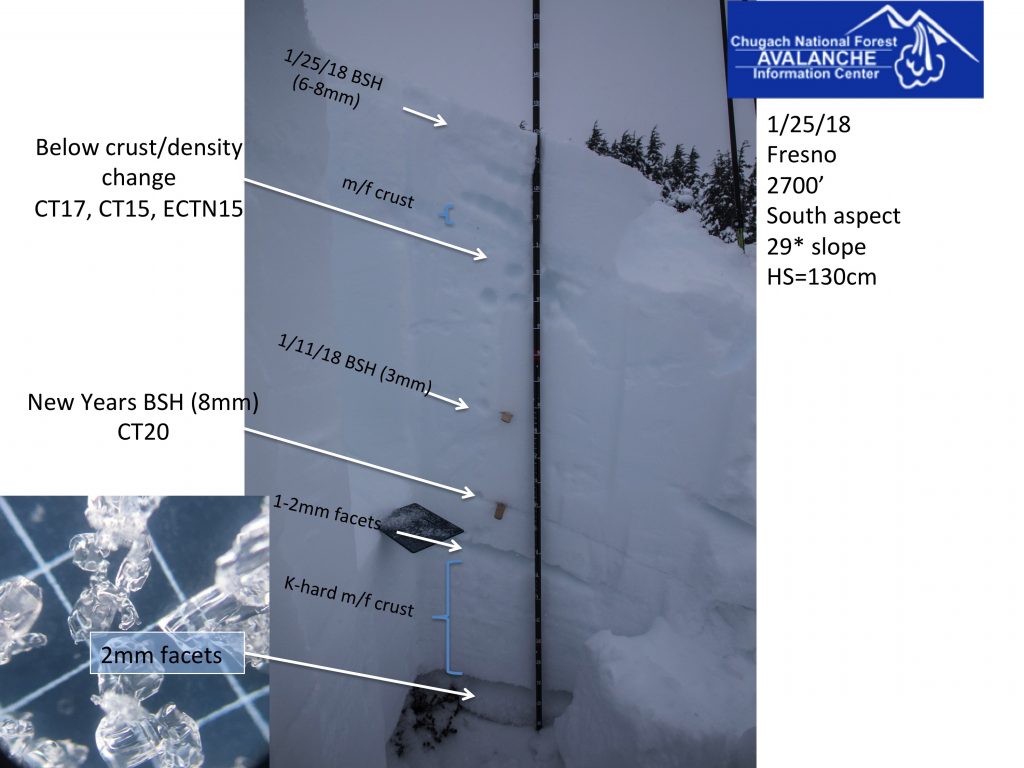 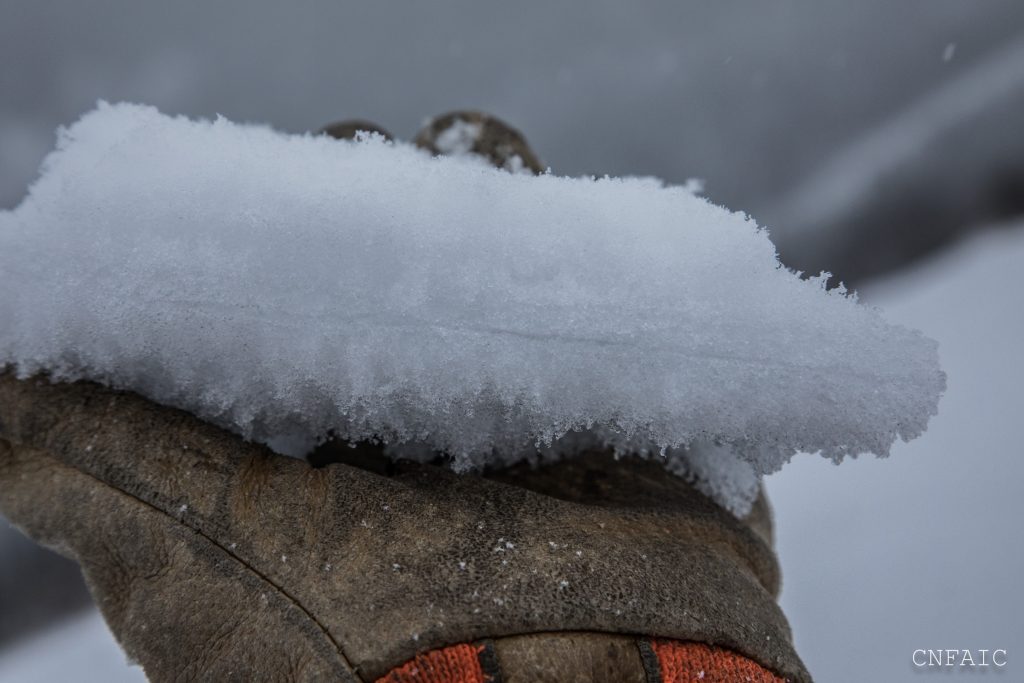 Crust at 1700'. Note facets attached to the top and bottom of crust. 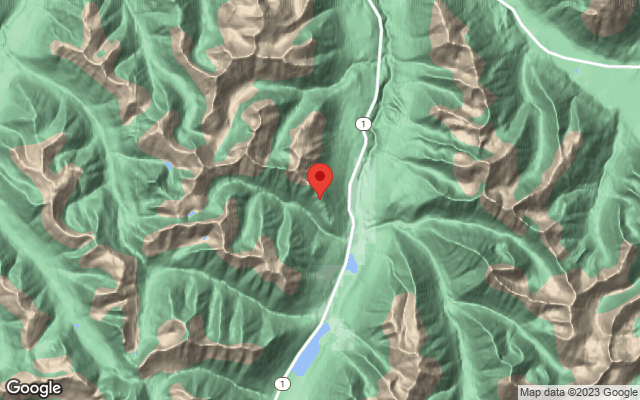