Toured up the E aspect of Fresno Ridge to 2800′. Our objectives were to 1) look at the slab character  2) test the reactivity of persistent weak layers in the snowpack 3) and inventory surface conditions.

Recent natural avalanches (small and large)on NE and SE aspects of Colorado that look to have occurred earlier in the week. Each avalanche was triggered in a wind loaded area near ridgeline. Pluming on North Gilpatrick in am. Short period of pluming off Butch in pm. Could still see the large avalanche on SE gully of Fresno that was seen on Tues.

Shooting crack and large visual collapse of the snow and whumpf at 1800'. Initiated a very small slab the width of skis on a sun affected terrain feature at 2650'.

Clear skies with low valley fog in pm near Hope Y junction. Calm winds below treeline, light winds at treeline, pluming off ridgetops from moderate NW wind. Temperatures in the teens to low 20s F at valley bottoms and mid to upper 20s at ridgetops. No precipitation.

1" of low density new snow overlays 6" of settled powder since last weekend's snowfall. On some steep S and SE aspects a 4F 2cm layer of sun crust was beneath the 1" of new snow. Above 1900' there was evidence of wind transported snow creating slabs (1F-4F hard.)

The snowpack is best characterized as thin, weak, and upside down. Between 1200'-2300' the height of snow average 25". In this elevation band we found several layers of facets and crusts with a 12-14" soft slab on top. The crusts transition from breakable rain crusts at lower elevations to thicker, (yet still breakable) m/f crusts as we ascended. Above 1900' the slab was denser, more wind affected near the ridge. See photo below of hand pits failing on isolation or easily on this crust/facet weak layer.

Above 2300' we found the Jan. 21 buried surface hoar (BSH) and NYE BSH in three pits. Both of these layers were mixed with facets. The Jan.21 layer was reactive in tests and showed propagation potential. See video and photos of snow pit test result photos below. 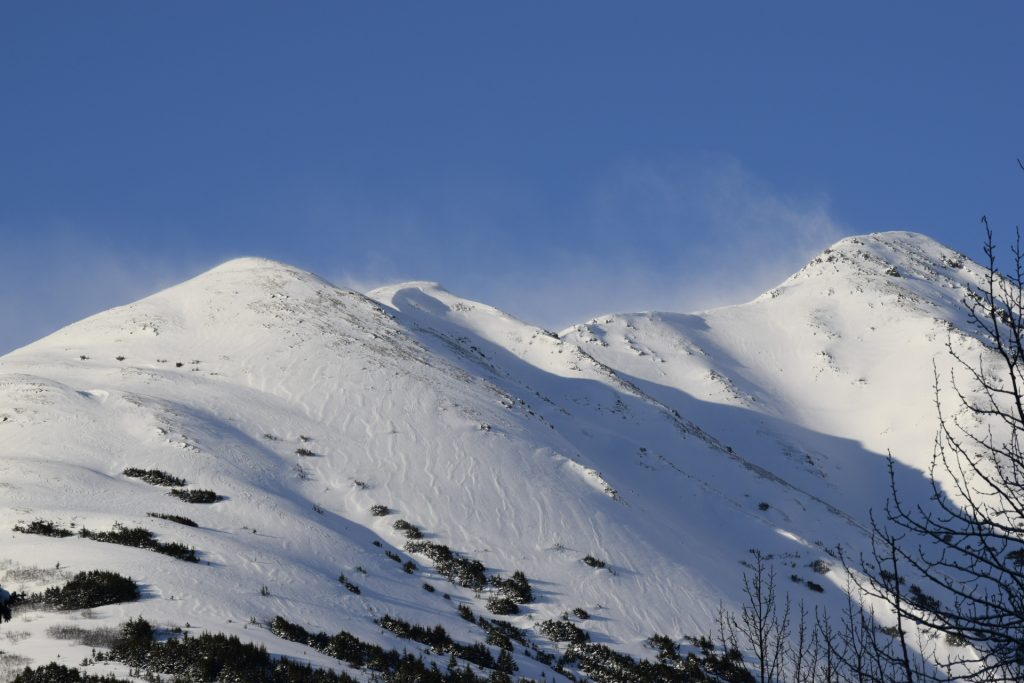 Pluming off N Gilpatrick from NW wind in AM 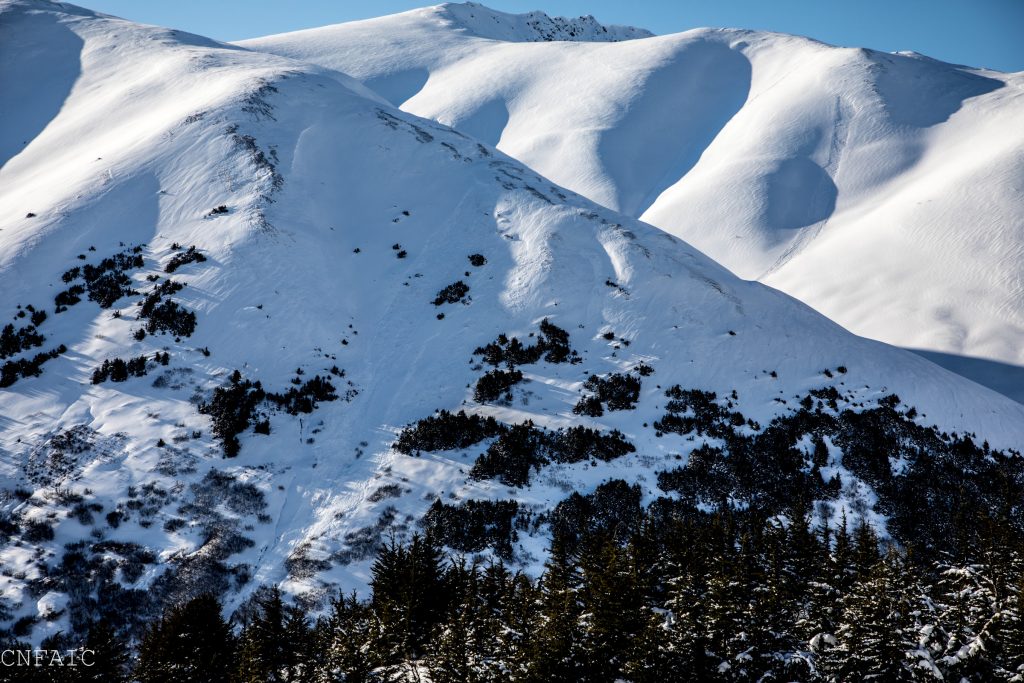 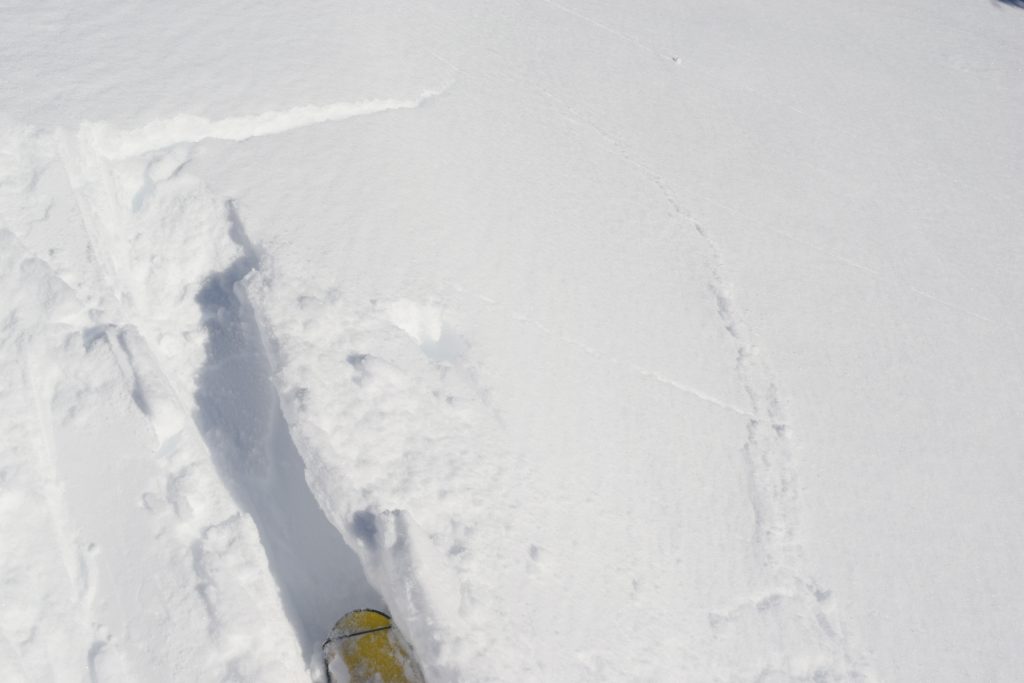 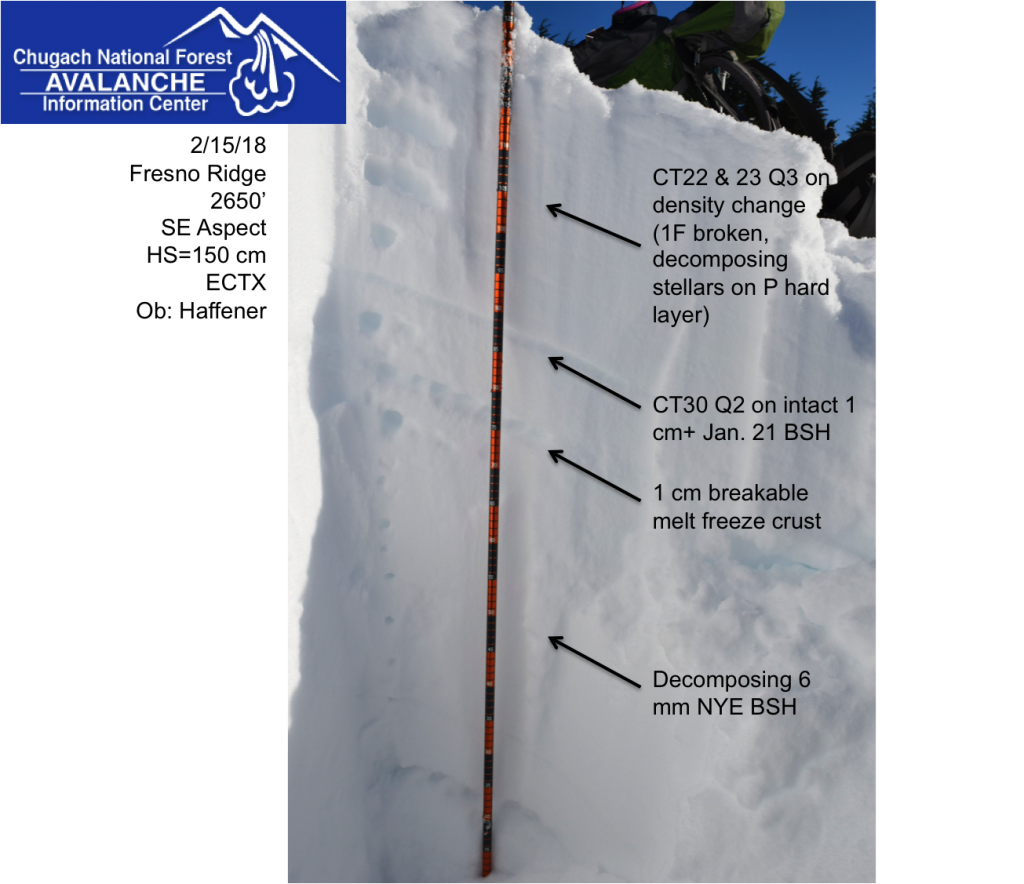 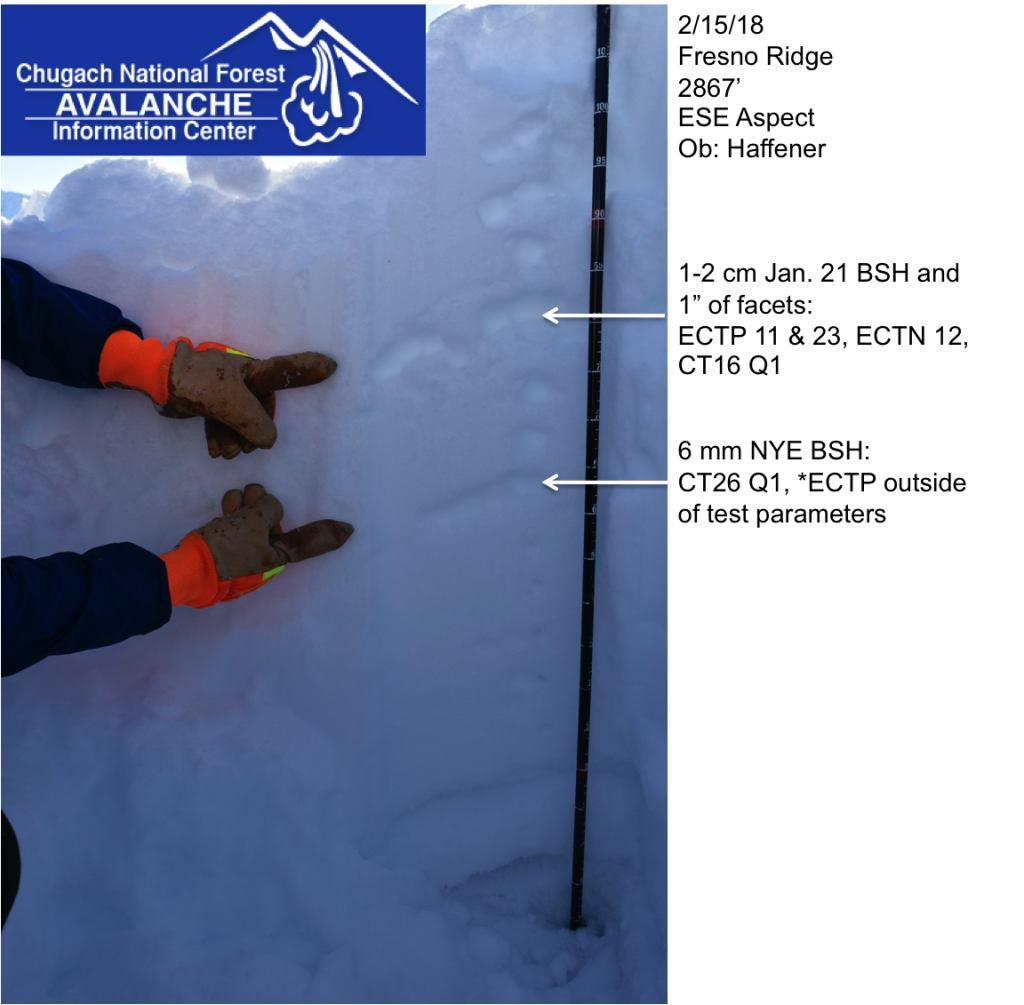 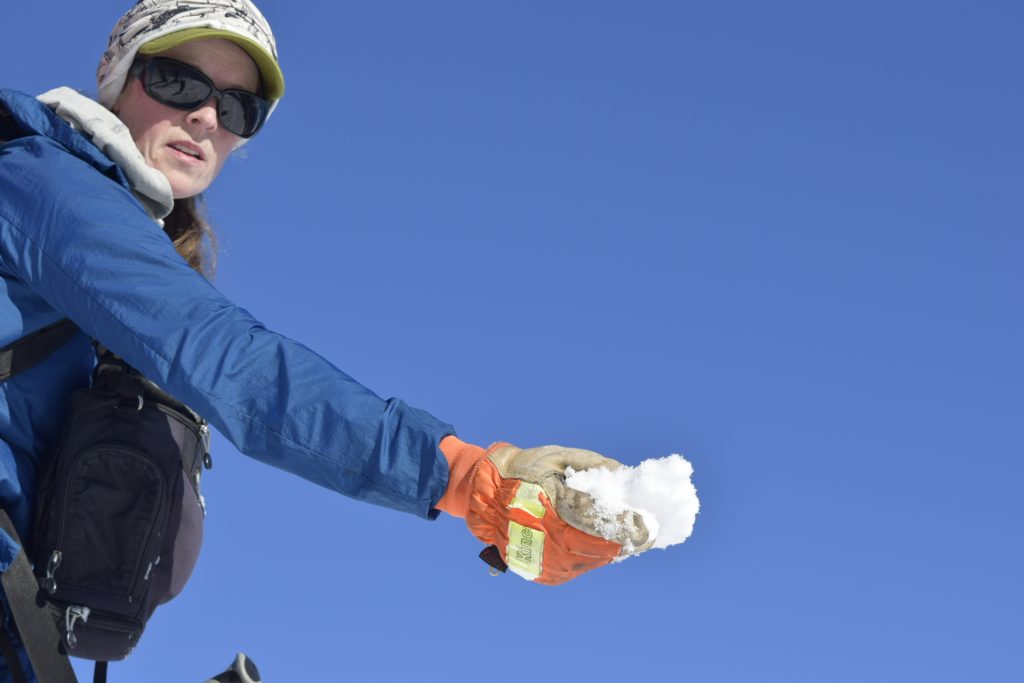 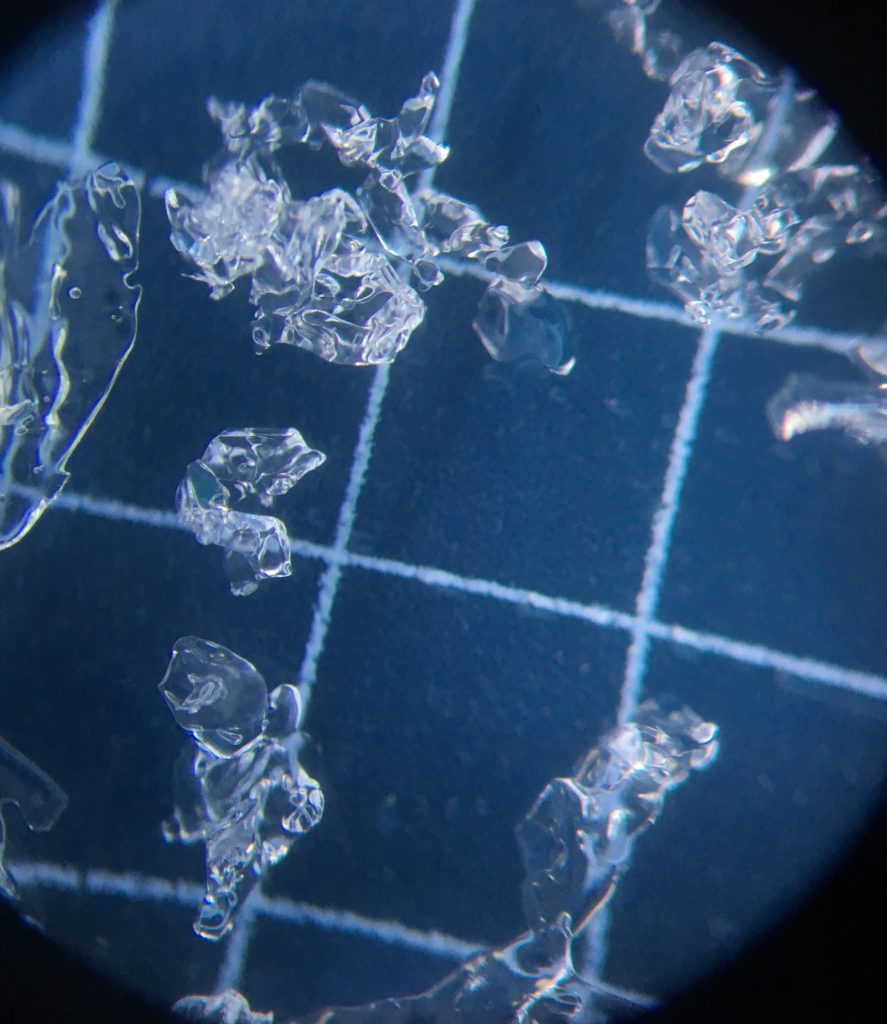 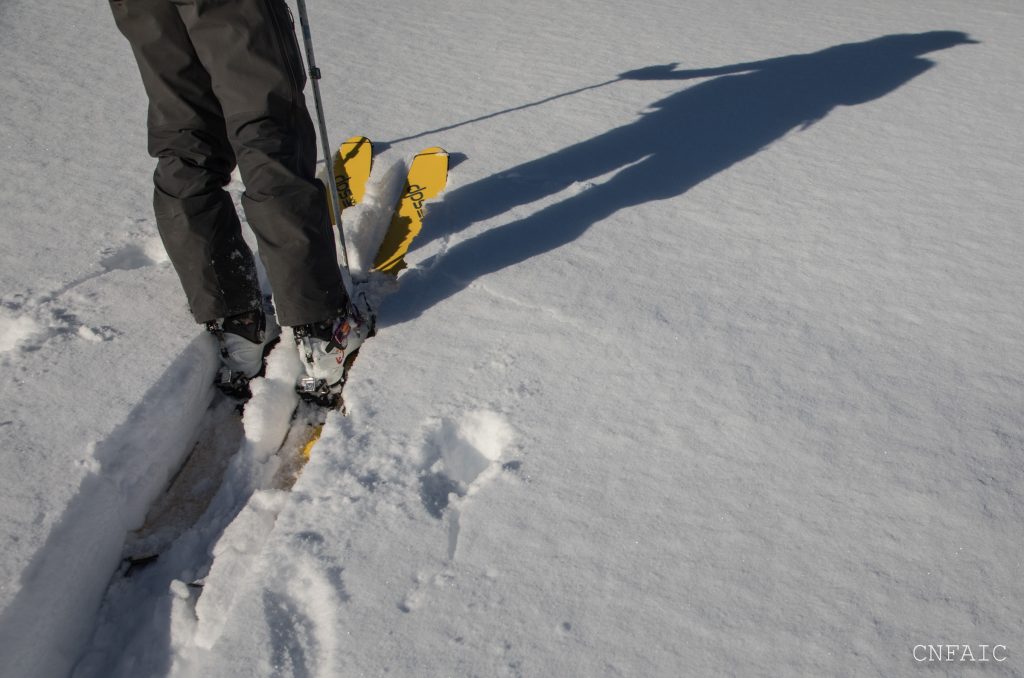 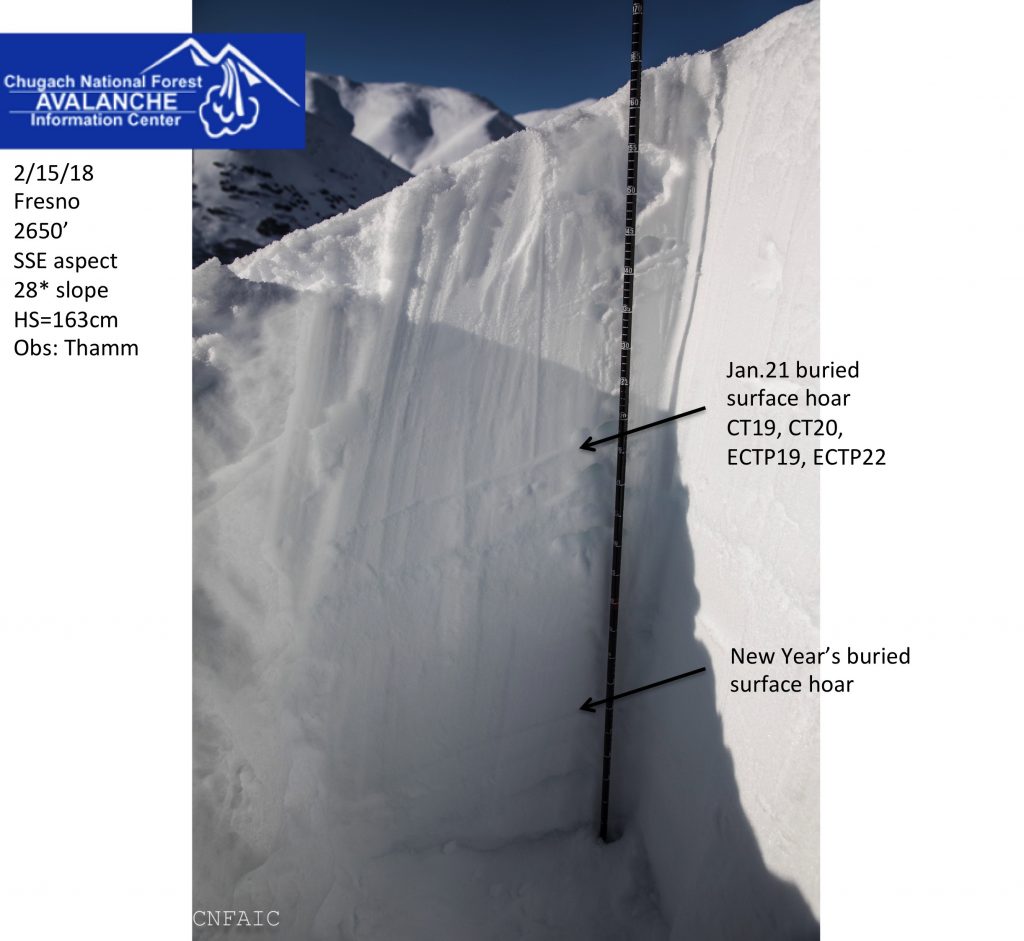 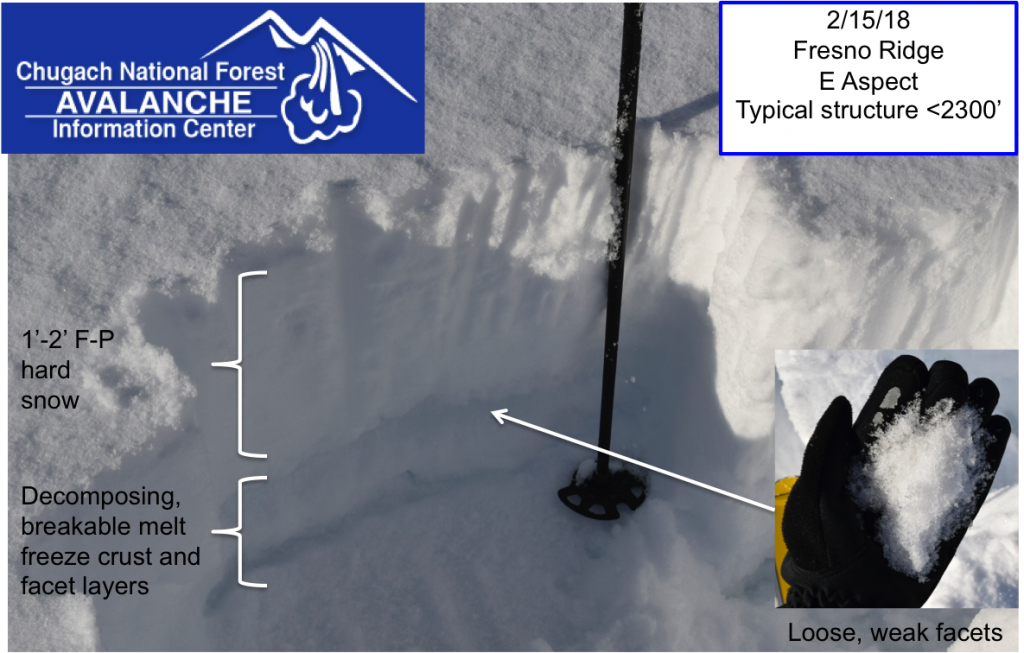 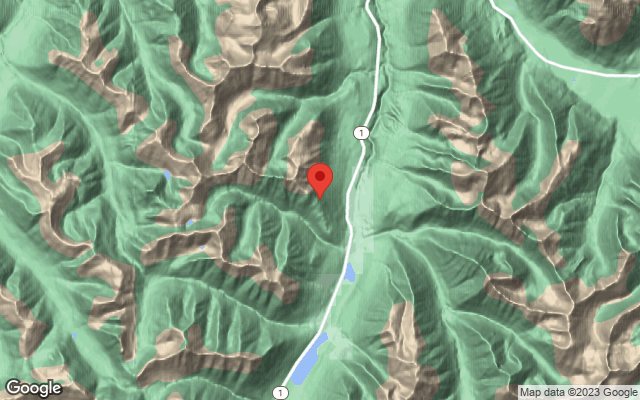