Skier skied out on to the slope and felt slope collapse while making the first turn. Skier looked up and saw slab fracture. Skier was able to the ride off the slab while it was still intact without incident. No one caught or carried. Up track was not buried in avalanche.

There was no other bullseye data noted during this tour. There were no other shooting cracks, collapses, or natural avalanches noted. Active wind loading from W to E during the time of the incident.

Temps ranged from -6C to -10C throughout our tour and there was about 3cm of new snow.

Wind shifted from S to W around 1030. West wind became significantly stronger around 1200.

Surface snow below tree line showed little to no wind effect and provided good skiing. As we travelled higher into tree line and above tree line terrain surface snow became more variable. There were areas of soft snow, areas of old wind slab, and areas where it was scoured down to the New Year's Crust.

We had propagating results in snow pits where the wind slab existed. On a ESE slope at 3000 feet we had a ECTP22 above the Halloween Crust near the bottom of the snowpack. The weak layer the avalanche failed on were cupped depth hoar 2-4mm in size. 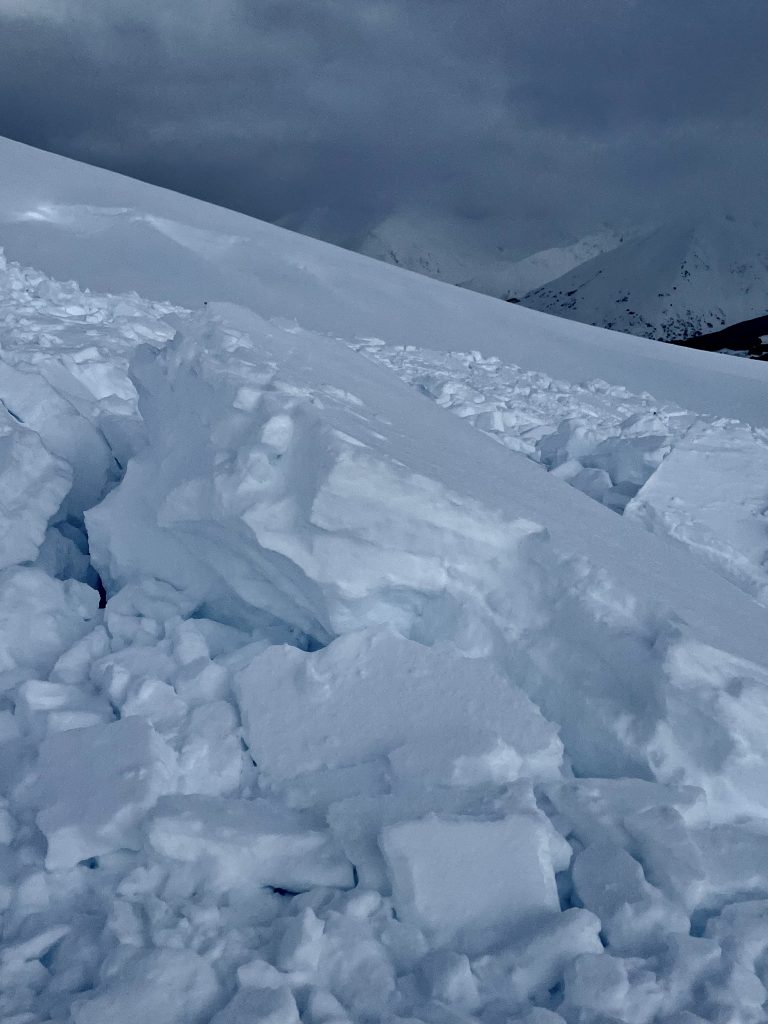 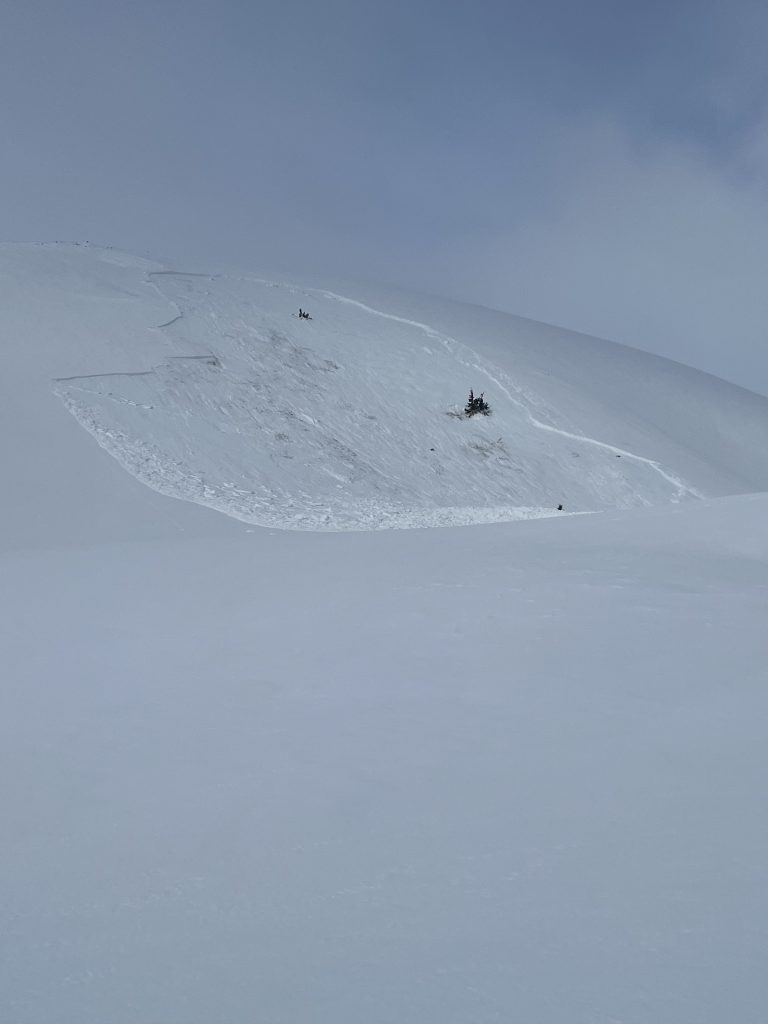 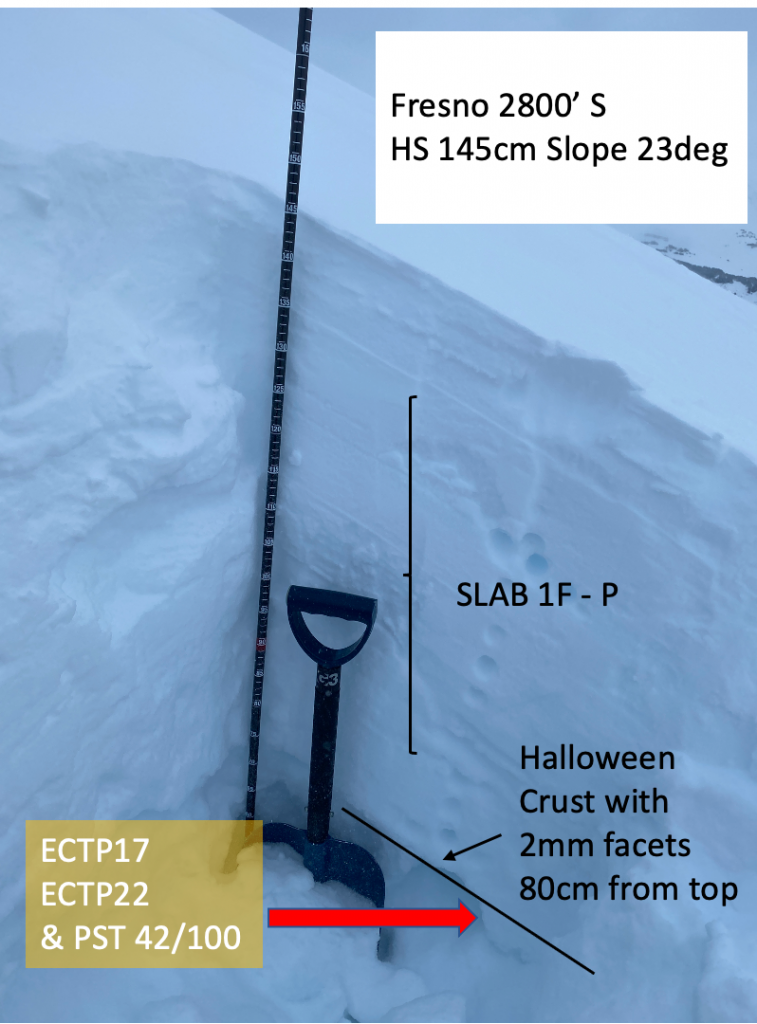 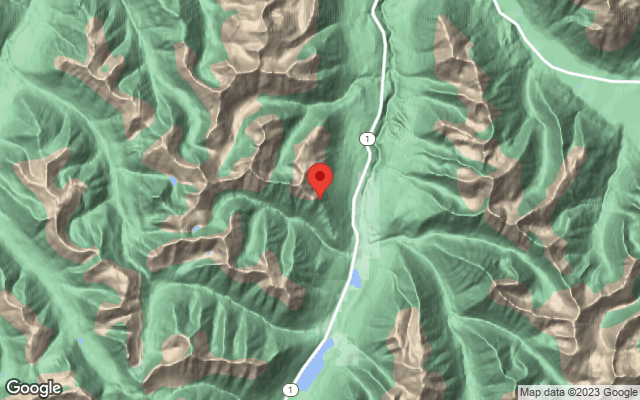