Today I went up Fresno up the ridge out of Manitoba parking lot. Skied to near
the ridge with breakable sun crust and 2 ” of new snow. Did not see too much
instability. Got to a short NE facing slope skied to the edge and found
supportable crust that was making decending the slope difficult. I took my
skis off to climb down the slope to dig a pit. When I stepped off my skis I
instantly fell threw the crust and fell to my waist. Stepped out of the holeI
made and made my way down the slope to an open area guess about 25 degrees and
was still punching down. Boot Penetration I guess 60-75 cm. Dug a pit and
found layers of depth hoar with several ice layers and an ice layer on the
ground. This layer was about 35-55 cm down but was a pretty wide layer. Small
slab and 1finger to 4 finger above it. Total snow depth in the area 85cm. See
pictures to look at the size of the crystals. compression test showed weak
strength and lots of energy and released below an ice crust sandwiched in
between Depth Hoar. Test results CT5Q1 45cm down density was Fist hard and very
easy. Glad I took my skis off before I got to the steeper terrain below. The
block above came very quickly off and broke when it hit above the ice layer as
well. Very unstable conditions in places and the only thing saving it is a 1-
2″ sun crust. Its like skiing on an egg shell really.

So I had seen enough and made it back up to my skis 20 feet away and broke
threw to my waist again and had to crawl my way back to my skis and support my
weight by my ski poles as I put skis back on. Not too much fun but interesting
snowpack all the same. 1 whumph on the way down. I did not ski that slope and
stuck to low angle terrain in breakable crust. Then again its all crust from
top to bottom. Be safe out there and check the snow as you go especially steep
terrain before you get on it! 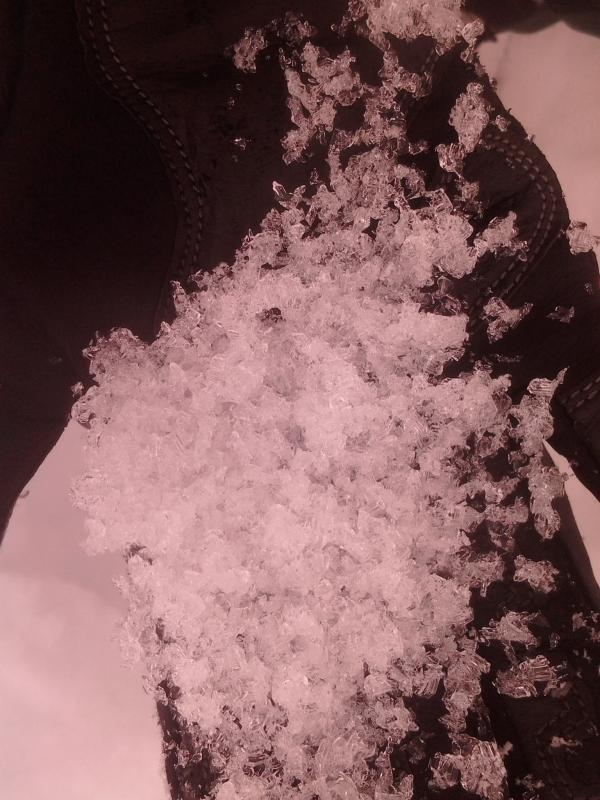 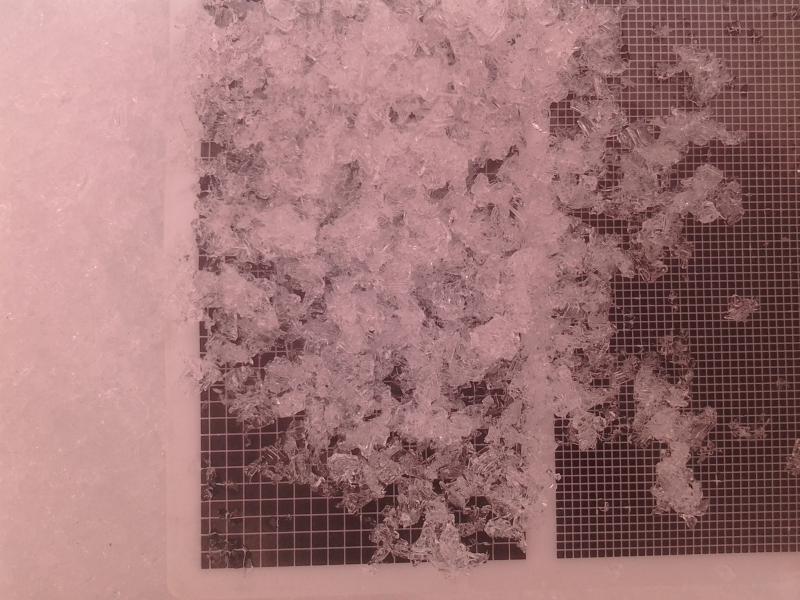 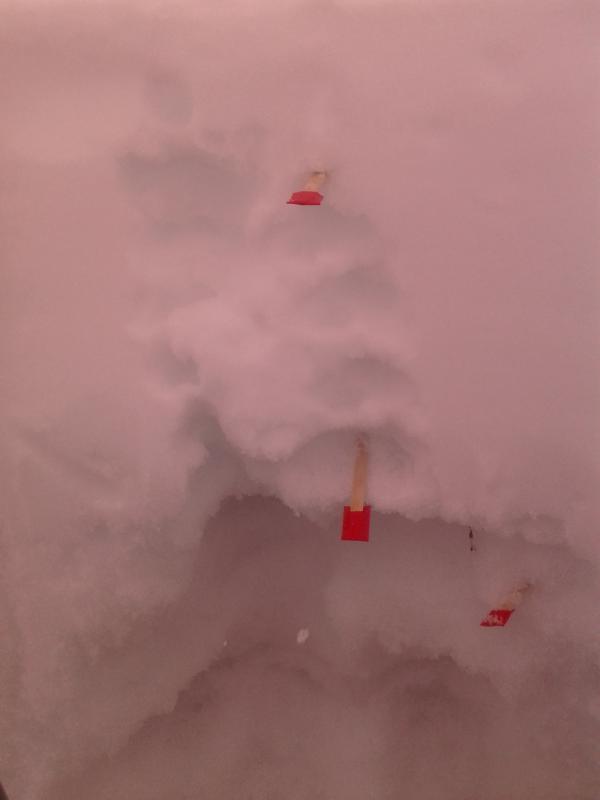 Pit dug showing layering shallow slab and several ice layers in there hard to see but the depth hoar layer is obvious.. 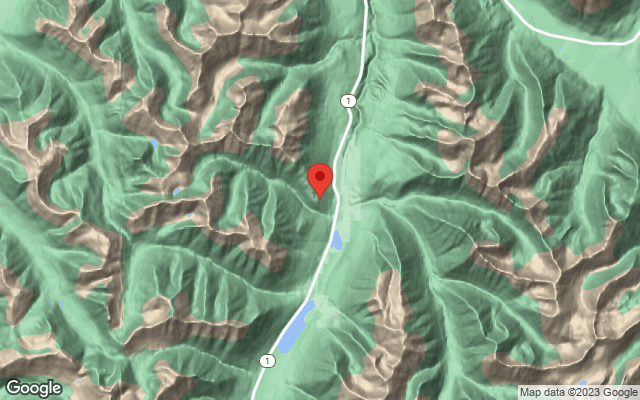