Toured up to the top of Flat Top on Sunday. Conditions were beautiful with
temps in the 20s and mostly sunny skies. Saw lots of surface hoar along the
tour up from the bottom to the top which is rare for the wind exposed Flat Top
summit. Snow was starting to get a little damp, especially on slopes in direct
sunlight, but was not warm enough to be concerned with wet avalanche activity.
Did not see any other signs of instability.

I dug a pit below and just south of the main bowl at 2900 ft, WNW aspect.
Surface hoar feathers were about 3mm long on top. Below, the pit showed a 5cm
thick crust which was on top of 60cm of 3mm facets and had 30cm of F/4F snow
above it. The temp profile showed good conditions for sintering which I saw as
the facets were beginning to round. Performed a CT and got a Q2 shear at 15
taps which broke on top of the crust. ECT showed the same but did not
propagate.

My concern in the future for the snowpack is if the surface hoar gets buried
without first being broken up by the wind, creating a buried weak layer. Also
any additional dense layers, like a wind slab or wet snow, adding extra stress
on top of the crust, which would provide a slippery layer for snow to slide on. 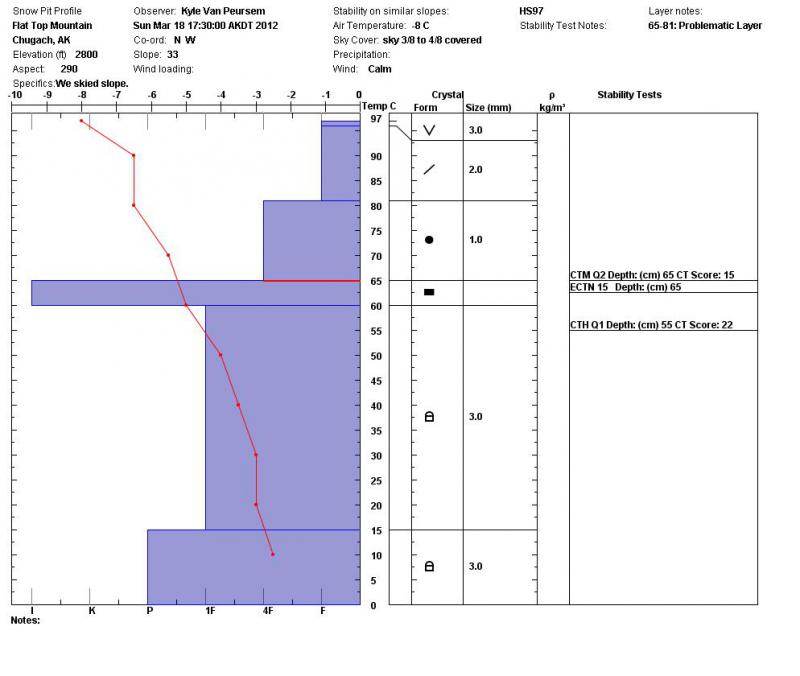 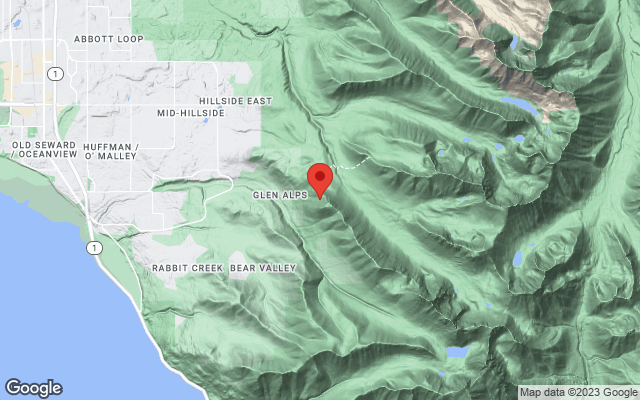