A lot of recent debris that appeared on almost all aspects of steeper terrain, appeared to come down from the rocks due to solar radiation. A much more notable pile of wet debris at the back of the bowl (see photo)

Partly cloudy sky. 41 at the car when we started around 10:30ish. 52 when we returned early afternoon. Noticeably cooler further back in the valley and especially in the shade/ sun behind clouds. Moderate winds when topping out of the north facing couloir.

No formal pit was dug. Hand pits showed an inch - 2 inches of newer snow on top of a thin crust layer, half inch - 1 inch than a burly crust layer. Handle of a ski pole could not penetrate the 2nd crust. Had to work a few extra kicks to penetrate on several portions of the bootpack. 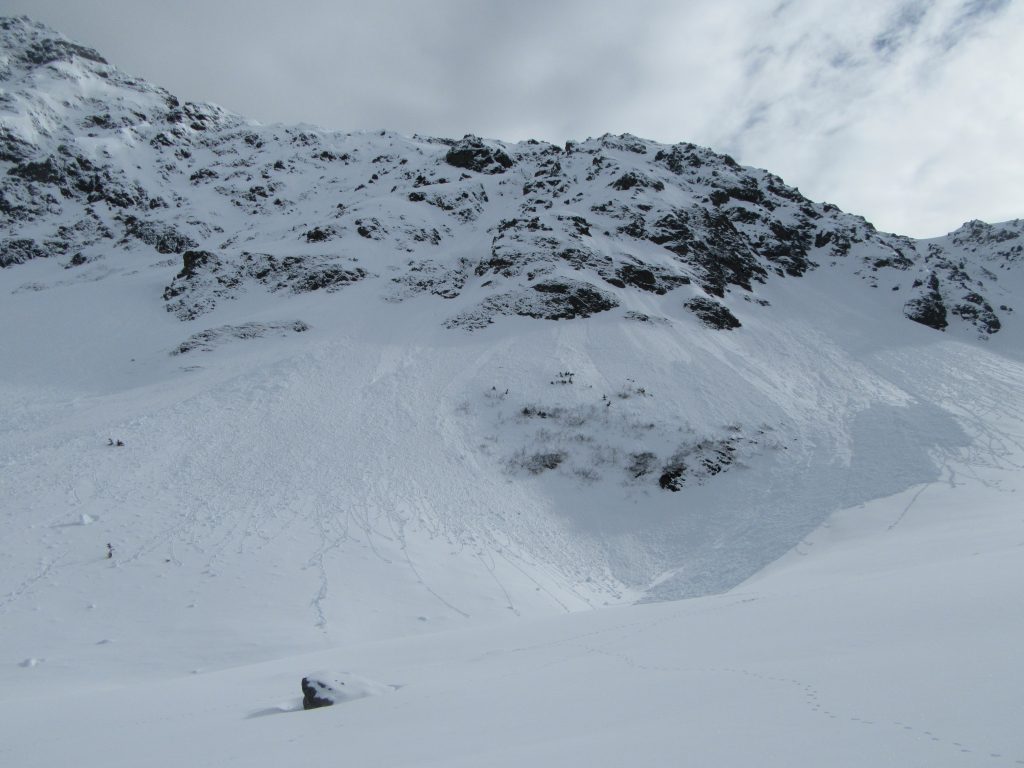 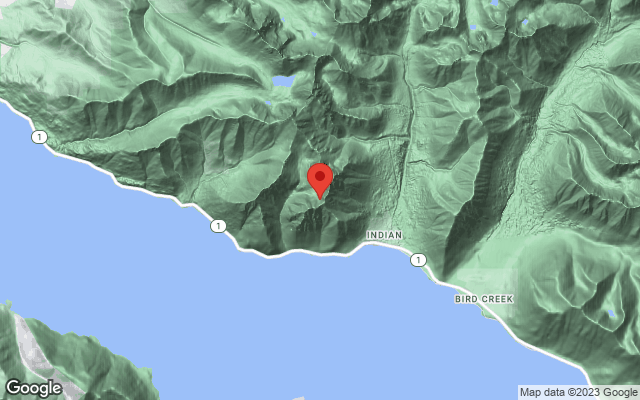